You've still got time to train for this year's Philadelphia Marathon. This program will get you across the finish line. 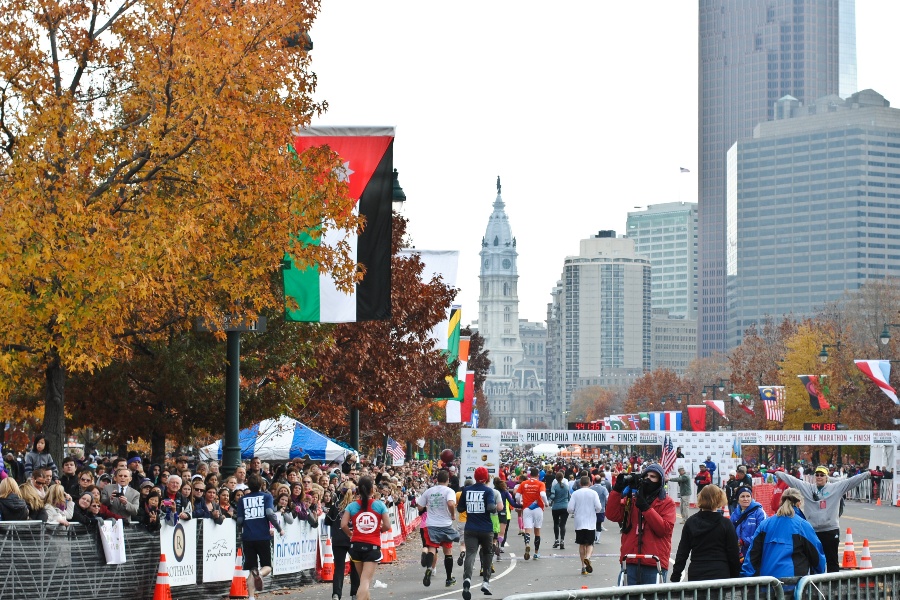 Not quite ready for the Philadelphia Marathon? Here’s an eight-week marathon training plan you can use. / Photograph by Laura Swartz.

Cory Smith is the founder of Run Your Personal Best, an online running coaching business that has helped hundreds of runners achieve personal bests in distances ranging from 800 meters to 100 miles. He is a multiple-time NCAA Division One Regional qualifier and two-time National Championship qualifier while at Villanova. Along with his work for Philadelphia magazine, Smith has contributed to Outside, Trail Runner, Gear Institute, and Gear Junkie.

Yesterday marked eight weeks until the Philadelphia Marathon and odds are, if you’re reading this, you’ve fallen behind in your training. If that’s true, I’ve got good and bad news for you. The good news is that it is possible to train for a marathon in just eight weeks. The bad news is I suggest foregoing any finish-time goals to focus on running at a pace at which you’ll enjoy running through the streets of our beautiful city.

The harsh truth is there’s no faking your way to a fast marathon without putting in many months of work. It’s not like a 5K or a 10K, or even a half marathon, where you can get by with minimal training and still walk away with a good time. There are aspects of marathon training that can only be developed by hours and hours of pounding the pavement.

This eight-week plan assumes a current fitness level of being able to run at least five miles comfortably. Given the short build-up, it is very aggressive and focuses on finishing the marathon versus trying to run a PR. As with any aggressive running plan, the risk of injury is higher, so pace yourself. Runners who have years of running under their belt and have just fallen behind these past few months may find it easier to build more quickly than a runner who has just started.

I purposely left out speed work and suggest with such a short build-up to forget about fast paces. Focus on getting the distance done — that’s priority number one. Combining the stress of an aggressive ramp-up in volume and running fast is going to be too much for most, only further increasing your injury risk. Run at a comfortable pace for all the runs — an effort level of two to five out of 10. Odds are you’ll see a natural increase in pace over the eight weeks simply from an increase in general fitness. If you feel good, I would increase the distance before increasing the speed. (More experienced runners will likely be able to handle faster paces after about four weeks.)

I’ve included a very basic, but effective leg strength routine that can be found here. It should be done on Tuesday, Thursday, and Sunday after the run. I also left out the typical two-week taper. There’s no time. Doing that only cuts your training time to six weeks. You’ll be okay with a six-day taper given the late start in training. You’re better off getting in an additional week of quality training.

Another really important item to work on is fueling during the marathon. You’ll want to take between 30 grams and 60 grams of carbohydrates per hour. If you haven’t already found a fuel type you love, go your local running store or REI and grab a bunch of gels, GU’s, chews, or whatever looks appetizing. Try them all and narrow down to a couple that taste good. Each weekend during the long run you’ll want to practice taking in fuel. If you’re not used to taking in fuel while running, you’ll need to build up to the recommended range to avoid GI issues. For example, you may start with 25 grams per hour, then increase by five grams per week until you’re within that range.

While eight weeks isn’t an ideal amount of time to train for a marathon, it can be done. Follow this plan, take each run at a comfortable pace, work on your fueling, and come November 20th, you’ll be prepared to successfully complete the 26.2-mile trek through Philly. 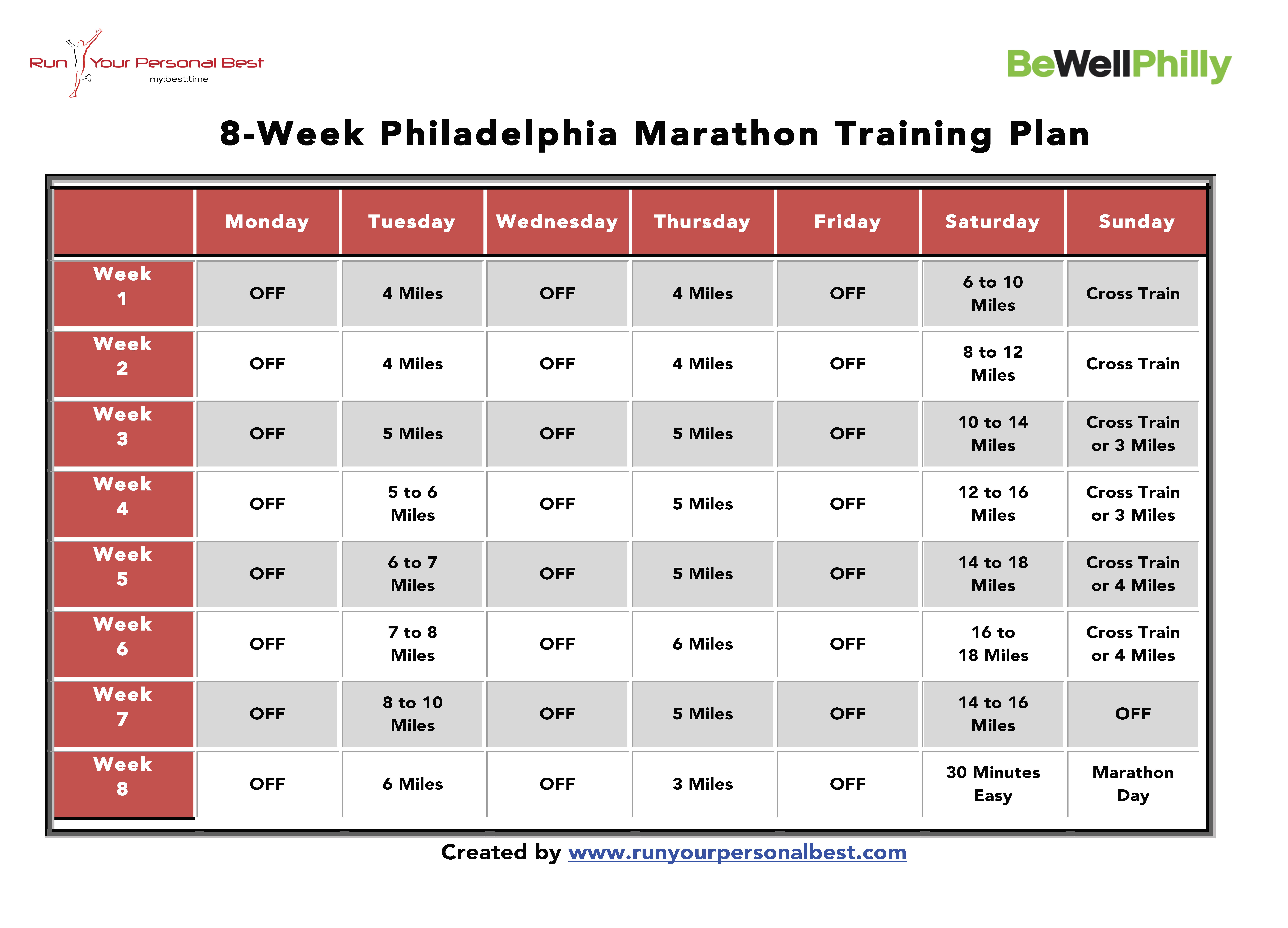