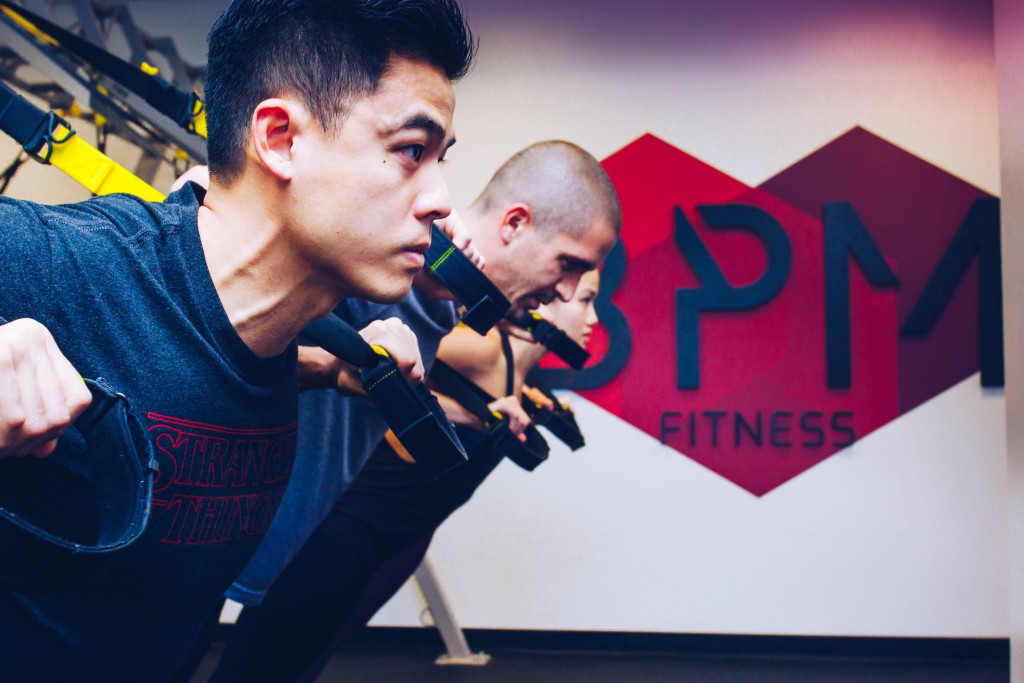 The first time we tried BPM Fitness was on the very first day they opened their doors. The studio was launching their highly anticipated indoor cycling and TRX fusion classes, and we were among the first few to try it out.

But there’s one drawback to being an early bird: you often try things on before all the wrinkles have been ironed out. So when we heard that — just a few months after opening — BPM Fitness had made some significant changes to their workouts and was relaunching with a brand-new “BPM Experience,” we were surprised, but not shocked. After all, competition in the Philly fitness world keeps getting tougher, and that means studios have to evolve to keep up.

Last night, we had the chance to preview on of the new BPM Experience classes, which officially launch on the schedule on April 1. The BPM Experience comes in four flavors: there’s a cycling-only class, and then there are three fusion classes, The Roots, The Circuit Breaker, and The Team Effort.

We tested The Team Effort. As before, the class started with 30 minutes of spinning on the Stages-brand stationary bikes. The first time I tried BPM’s cycling class, I found some of the instructions confusing. This time, however, the instructor relied more on the monitors on each bike showing rotations per minute (RPM) and wattage. Some songs were focused on increasing RPM, some songs were focused on wattage — but the ranges for these weren’t dictated throughout the workout. While some people might enjoy more direct coaching, I appreciated the freedom to push myself — especially since now BPM has a Flywheel-style leader board on the screen at the front of the room. There’s nothing like some friendly competition to bring out your best!

The biggest change to the cycling portion, however, was the use of the Stages Sprintshift. Apparently, when BPM Fitness first opened, the owners didn’t know what the little silver lever near the resistance knob was intended for.

Since then, they’ve gotten training on the bikes and learned that with a flick of these handy Sprintshift levers, you can instantly step up the resistance — rather than having to crank the knob several turns to the right. And believe me, when the instructor told us all to tap that lever to the right a notch, we were all FEELING. IT.

After 30 minutes of cycling, my legs couldn’t fathom that we had another 30 minutes ahead of them. But into the circuit training room we went. There, for the “Team Effort,” the class was split into two teams. As before, this portion of the class involved circuits (we did two of them, three times through). Back when I first tried BPM, we did each exercise 30 seconds on, 30 seconds — which actually made the workout very manageable. This time, it was 30 seconds on, ten seconds off — which made the session way more intense.

But the biggest change involved the “team challenges.” We completed three different team challenges, which were done relay-race style. In one, everyone held a plank and we went down the row, each person completing three push ups before the next person began. In another, everyone ran in place while one person whipped the battle ropes three time, then passed them to the next person.

Not only was the competition portion super motivating (yes, my team lost, and yes, I’m still bitter about it), but it also created a sense of camaraderie — not something you’d typically get an individualized boutique workout.