Philadelphia Marathon Training: What to Do Now to Nail Race-Day Fueling 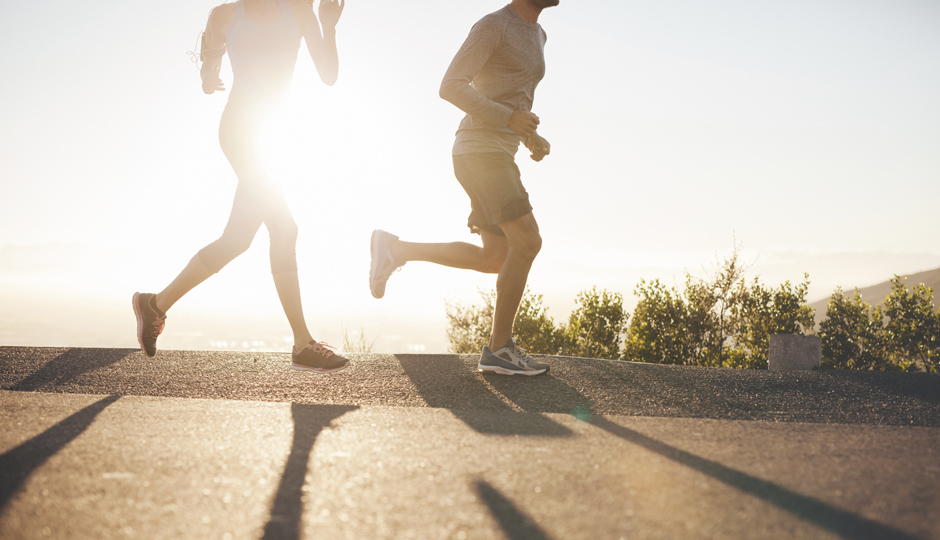 Odds are, if someone were to ask you how your marathon training was going, the conversation would most likely revolve around weekly mileage, tempo runs, long runs and perhaps cross-training strength routines. While these aspects of training for a marathon are no doubt most important, there’s another part of marathon training that often gets underemphasized, something renowned sports nutrition scientist Asker Jeukendrup refers to as training the gut. At its most basic level, training the gut means training your stomach to withstand the energy demands needed to complete a marathon free of GI issues and without running out of fuel.

Science has proved over and over that glycogen or carbohydrates are a marathoner’s number one fuel source. However, your body only has the ability to store an estimated 1,800 to 2,000 calories of glycogen, enough fuel for about 90 to 120 minutes of rigorous running.  So unless you plan on breaking the two-hour marathon, you’re going to take in fuel during the race. Recommendations on how much carbs you should take in vary greatly from 30 grams to 90 grams, making finding your optimal fueling intake somewhat of a blinded trial and error. However there are a few steps you can take over the next seven weeks to narrow in on your best marathon-day fueling strategy. Here’s what you need to do:

Step One: The first step in nailing your race-day fueling is figuring out which type of fuel you’ll use. Today’s market is flooded with more then enough products to choose from. I’ve highlighted some of the top options here. My suggestion is to go out to your local running store and try a bunch of them. Narrow in on two to four that you enjoy the taste of.

Step Two: Gastrointestinal issues are common when taking fuel during exercise, so the next step is testing how your stomach will handle the fuel. Jeukendrup explains this uptick in GI issues could be due to reduced blood flow to the GI during exercise, affecting glycogen absorption rates. I recommend taking your favorite fueling option and using it at the beginning of a shorter run to test if you’ll have GI issues. This way if you do experience stomach issues you’re not dealing with it as long as you would during a long run. If you have no issues during a shorter run try it during your next long run to further test. If you do experience issues, there could be a quite a few variables causing the issue (that’s a whole different post), but I would suggest trying another type of fuel first.

Step Three: Once you find a mid-run fuel that works for you, you’ll want to work towards finding your race-day intake levels and timing. Jeukendrup and colleague Bill Braun have developed an application called Fuel The Core to help determine how much carbs and hydration you should take in on race day, zoning in on specific races, as well as the ideal timing throughout the marathon. Using key data such as projected finish time, weight, fueling preference and daily carb intake, Fuel The Core is helpful in pinpointing give your optimal race-day fueling. Go to Fuel the Core’s website to determine your race day fueling and hydration plan. 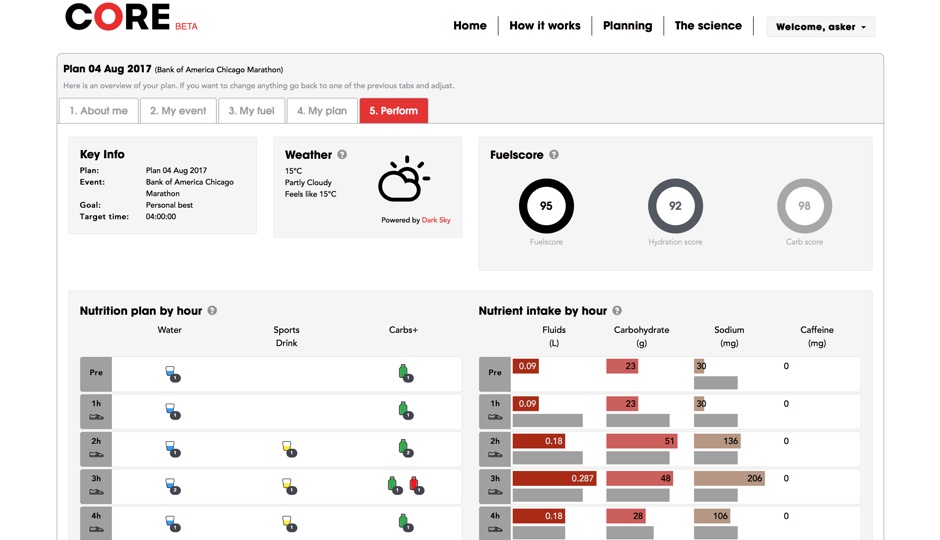 Caption: An example of Core’s final fueling and hydration plan

Step Four: Now that you have your target fueling and timing for race day, you’ll want to practice it during your weekly long runs. Over the next few weeks during your long run, work up to taking in the total amount Fuel The Core suggested you do on race day. Jeukendrup even suggests trying to exceed your race-day carb intake during training to help prepare your stomach for the lower absorption rates come race day. This will decrease chances of experiencing GI issues on race day because you’ve trained your stomach to handle higher levels of carbs. He also suggests there is benefit in training without carbs, suggesting the mid-week long run as a perfect opportunity to train without taking in fuel.

Cory Smith is the owner of Run Your Personal Best, an online running coaching business, and a two-time NCAA Division 1 National Qualifier and 4:03 miler while at Villanova University. He also serves as Running Editor for Gear Institute and has been a regular running contributor for Be Well Philly for the Broad Street Run and the Philadelphia Marathon.