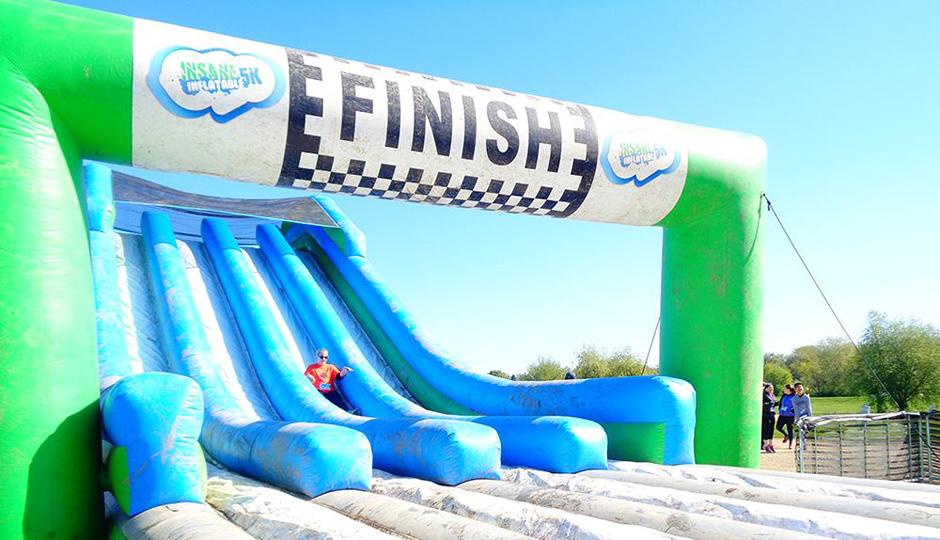 Stop what you’re doing and read this right now: On August 5th, the Insane Inflatable 5K is coming to Citizens Bank Park — and this is definitely not your average 5K. Instead of road running, you’ll be moon bounce running (and jumping, naturally).

The race is exactly what it sounds like: a 3.1-mile course comprised of inflatable obstacles. The obstacles range from your basic moon bounces with slides to more extreme inflatables. To wit: According to the website, this year they’re introducing some new obstacles, including one called “The Wall,” where you’ll have to climb 20 feet.

After the race, there will be games, food, drinks, and entertainment. Along with being an insanely good time (see what we did there?) the Insane Inflatable 5K is doing some good, too. The run has partnered up with the American Cancer Society and a percentage of the proceeds from the 5K will go toward Philadelphia’s Relay for Life.

According to the website, the event is already half full, so if you want in, you can snag your spot here; registration price tiers as the race approaches. General admission ($54 until June 9th) gets you access to the post-race festivities, a race bib, a tee shirt, and a finisher’s medal. If you don’t think one run-through will be enough for you, you can get an all access pass ($100) to bounce around the 5K with unlimited entry. Plus, you’ll get $20 credit for Insane Inflatable 5K merchandise. The race includes a variety of time starts from 8:30 a.m. to 11 a.m.

If you can’t make it on August 5th, the race will also be coming to Atlantic City on July 8th and Cherry Hill on October 7th. Happy bouncing!