Here’s the Night Market Schedule for 2019

The open-air street party is back. 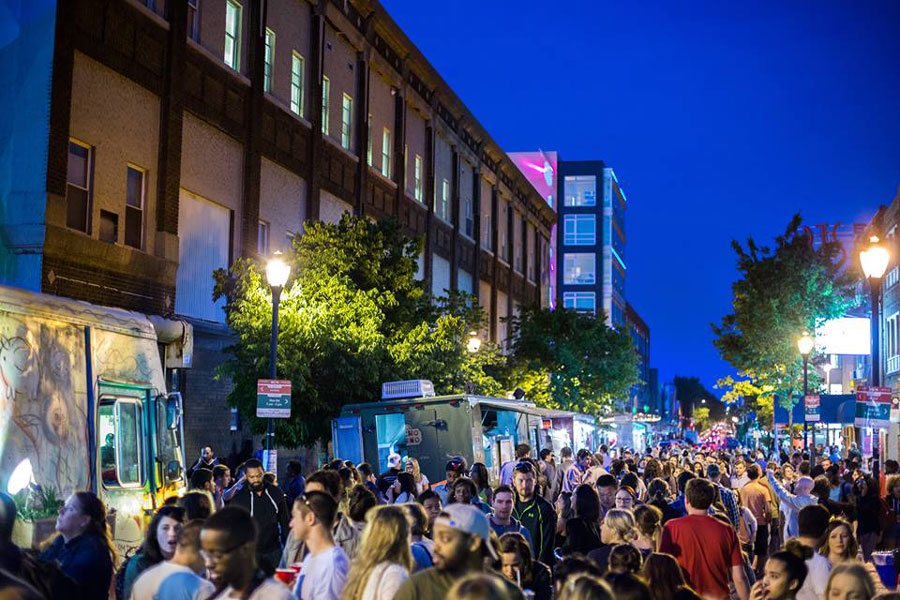 The coolest thing about the Night Market series isn’t the great food or the interesting locations — it’s that people show up.

Since launching the series back in 2010, the Food Trust estimates some 625,000 Philadelphians have ventured out to the Night Markets to eat, drink, mix and mingle with their friends and neighbors. There’s something heartwarming about people in this city mustering that kind of enthusiasm for something that isn’t Gritty or littering.

In case you’ve never been: A Night Market is a big ol’ open-air street party held during the warmer months of the year, each time in a different section of the city. Well, sometimes they go back to a favorite spot, but never twice in the same season. (This year they return to Fairmount while also landing in new spots north, west and south of there; see below.) Several blocks are closed to traffic, letting you wander from food truck to ice cream cart to sausage vendor in comfort. There’s music and drinking and generally good vibes. They’re always held on a Thursday, 6 to 10 p.m.

For more info, check out the new Night Markets web site. As each date approaches, they’ll be adding more info, including maps of the sites and a rundown of the live entertainment.