Bark Social hopes to open on Main Street by the end of the year. 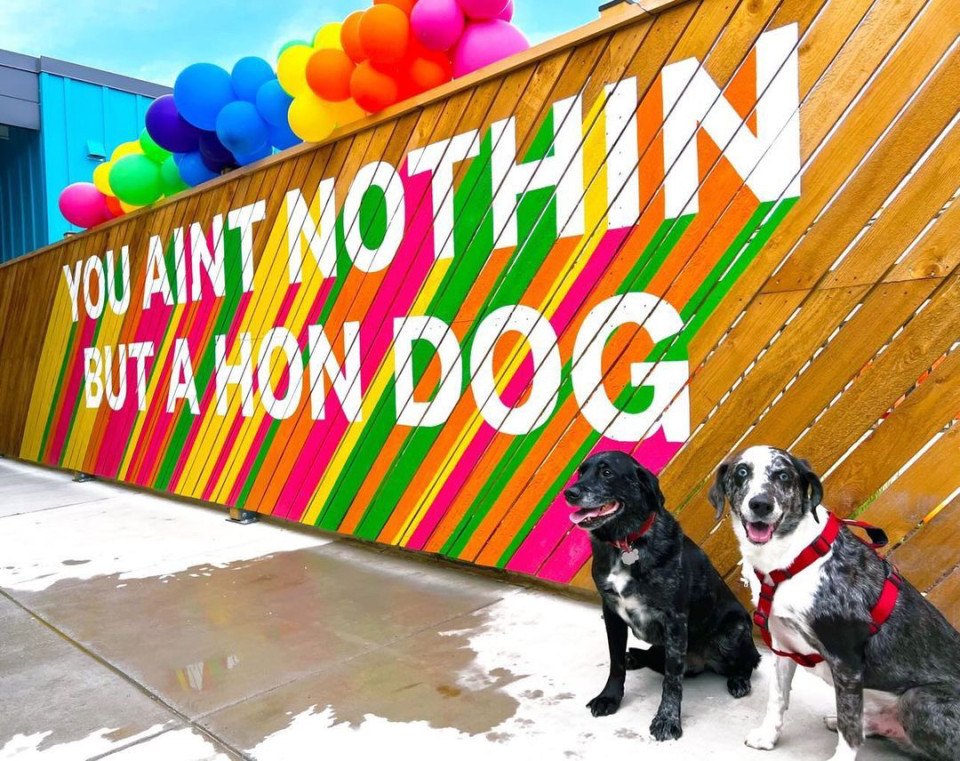 Bark Social is coming to Manayunk this winter. / Photograph by Joy Lipinski

We’ve got lots for pups to love in Philly: dog-friendly restaurants, hotels that let you order room-service filet mignon for your pampered pooch, even an ice-cream parlor just for them.

And soon you’ll be able to add Bark Social to that list. The dog-friendly sports bar/coffee shop/beer garden/dog park/retail store that calls itself a “social club for dogs” is coming to Manayunk (3720 Main Street, in the former Manayunk Diner space) this winter. While they have yet to open, they will begin selling discounted annual memberships on October 1st.

Co-founders Luke Silverman and Jeff Kurtzman have two existing locations: Bethesda, Maryland, which opened in 2021, and Baltimore which opened this past May. Their most recent round of funding made expansion possible, and they looked up the I-95 corridor to Philly.

“It’s a great dog city,” Silverman, an Allentown native, tells us. The Muhlenberg alum currently lives in Baltimore with his wife and their pitbull-mix, Frankie, but explains that Bark Social is not a franchise — he and Kurtzman scouted neighborhoods to select Manayunk and will travel between the three Bark Social locations. 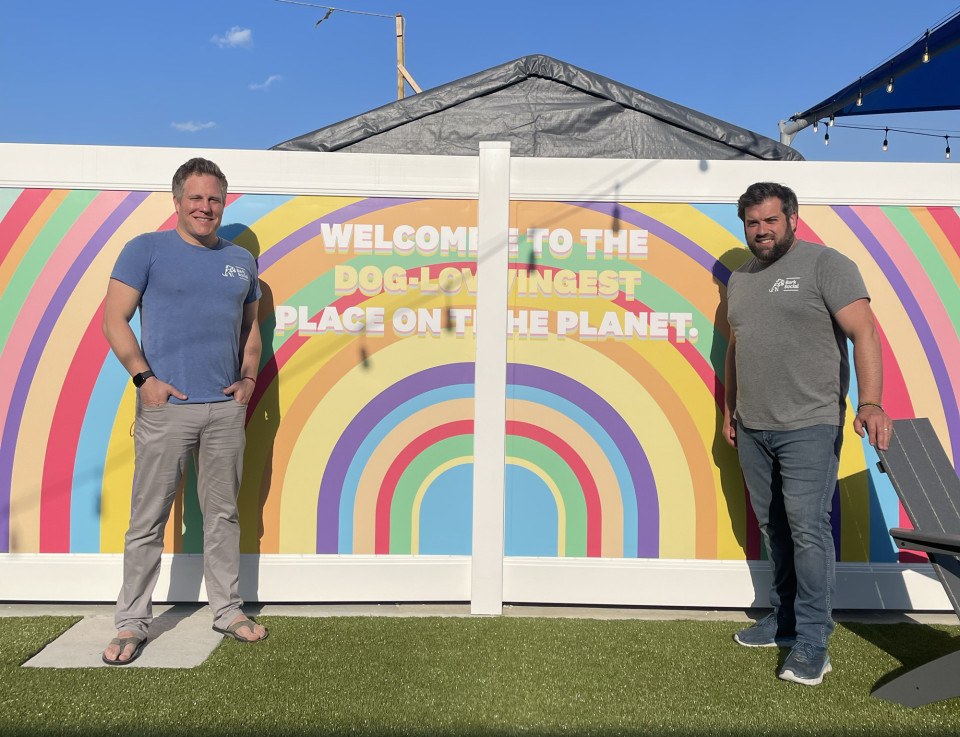 Manayunk is one of Philly’s most dog-friendly neighborhoods, going so far as to host an entire day devoted to them, so Bark Social are certainly onto something with their location choice.

“It’s a really great little neighborhood within the city,” says Silverman, noting its proximity to the towpath and vibrant small business community as two major factors when choosing the Main Street location. “We cannot be a successful business if the business community isn’t healthy around us,” he says. So, they will be working with local suppliers and — as with their previous locations — will devote half of its taps to beers from local breweries.

The concept for Bark Social came from what Silverman describes as a “quarter-life crisis” he experienced while working and attending grad school in Austin. “I just wasn’t happy with my corporate life,” he says. He visited a “dog bar” in Austin, and was inspired to bring the idea northeast, adding a retail component.

“If I can have a beer, hang out with my dog, and watch football, I’m on cloud nine,” Silverman says. The space will have three basic sections. The indoor restaurant area will have a bar and cafe with seating — dogs aren’t allowed indoors, per the health code — as well as a retail shop. The covered patio will have lots of outdoor TVs for sports-watching, artificial turf for the dogs, and furniture for the humans (the tables are all high-tops, so the pups can’t swipe your snacks). The third section is a fully outdoor, off-leash dog park, with nighttime lighting, artificial grass maintained by employees they call the “Bark Rangers,” and a separate area for small dogs. The space will also have free wi-fi. 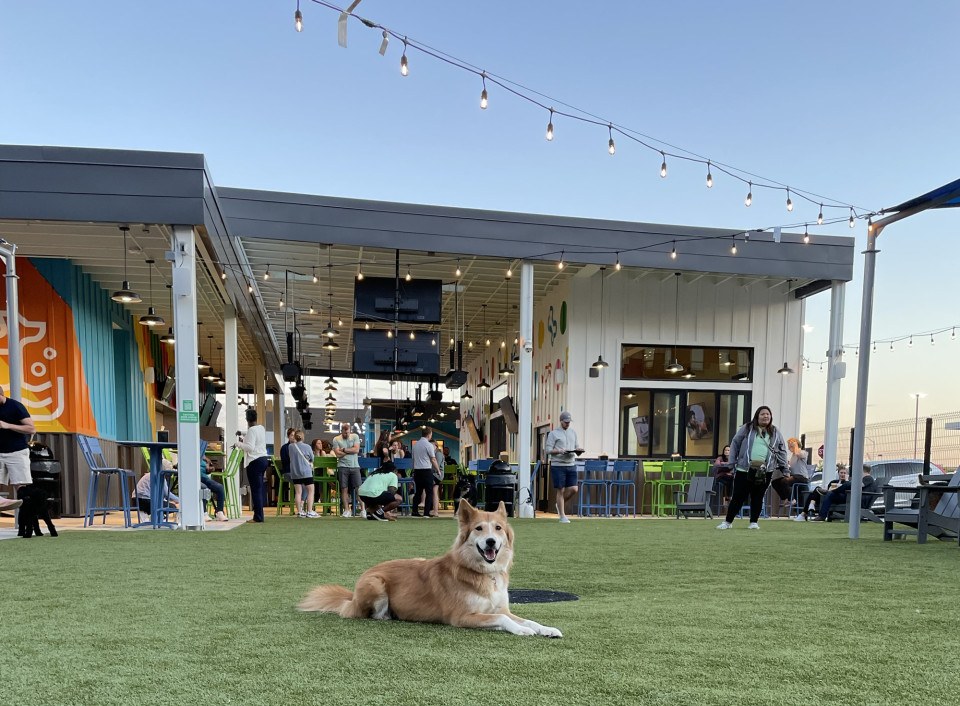 The Bark Rangers will make sure the dogs are all getting along and playing by the rules. “The anxiety and stress level comes down,” says Silverman of knowing all members are held to the restrictions regarding conduct, as well as requiring all dogs be spayed or neutered and up-to-date with vaccinations. This is enforced by requiring that dog-owners obtain a membership to Bark Social (available in daily, monthly and annual options), which allows owners to upload their dogs’ information. Membership also gets you access to all Bark Social locations, as well as retail discounts and priority access to events.

What events, you ask? Bark Social will throw your dog a birthday party, a doggie wedding, even a Bark Mitzvah. The Bethesda location recently threw a quinceañera for one very lucky teenage dog.

In addition to private events, they host tap takeovers for nonprofits, and public events like karaoke nights, trivia nights, singles events (called “Shake and Shag”), costume contests, and drag shows. “Drag shows are fun in and of themselves, but when you throw dogs in — some of the jokes and commentary are amazing,” says Silverman. They’re also planning dog paint parties, where you and your dog paint something together — they cover the canvas with paint and a Ziploc, then put peanut butter on top for the dog to lick off, creating a unique painting in the process. 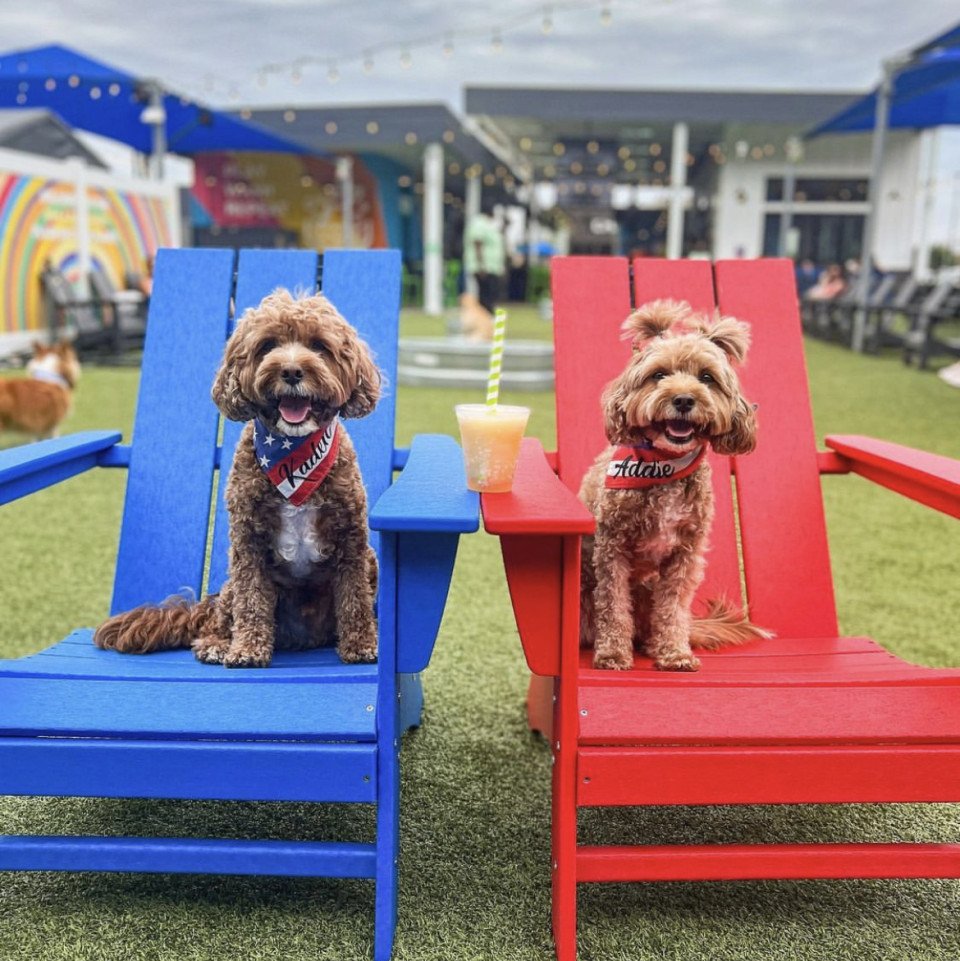 The menu will have a section just for the pups, with treats, pupcakes (for birthdays, obviously), pupsicles, sweet-potato chips and chicken strips. Adults can enjoy beer, cocktails, coffee, and food that ranges from breakfast sandwiches to pizza. The retail location will be helmed by URBN alums, creatives that Silverman describes as creating an “immersive” experience where pet-lovers can buy branded merchandise like toys, leashes, and treats.

And good news for dog-lovers who don’t currently have a pup of their own: You’re still welcome to come to Bark Social. “Roughly half of our customers don’t have a dog,” says Silverman, explaining that dog owners at Bark Social are generally happy to let people play with their four-legged friends. And if you change your mind about that, they’re planning to partner with shelters to host adoption events.

Bark Social hopes to open by the end of the year — though supply-chain issues may push that to the beginning of 2023. Stay tuned.