An Ice Cream Shop Just for Dogs Opened in Rittenhouse, and It’s as Adorable as It Sounds

Flavors at Salty Paws include maple bacon and peanut butter. Patrons include everyone who’s been a very good boy. 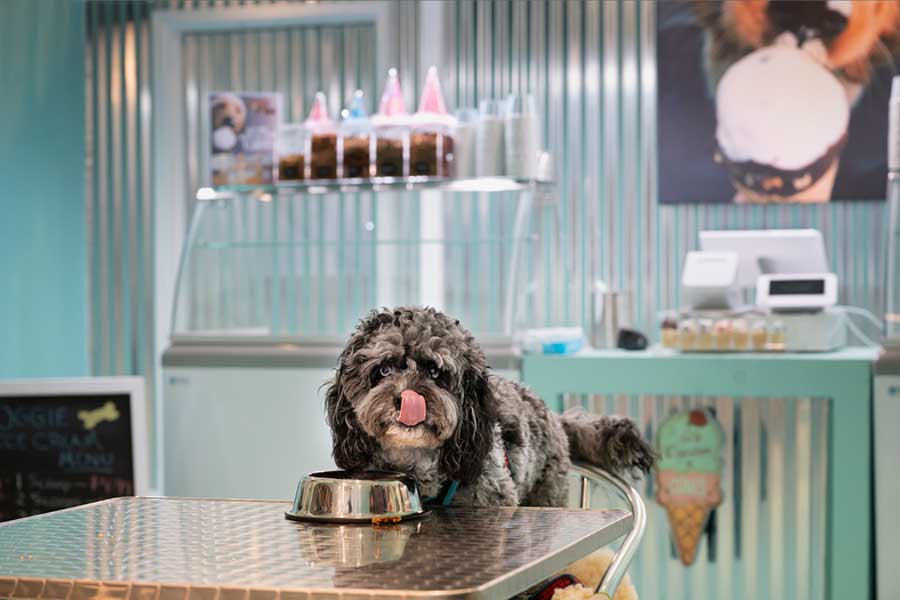 Latke, one of the shop’s first canine diners, had the distinction of having previously won an ice cream eating contest and made herself right at home with a peanut butter and biscuit sundae. Parker was there with his human Chanel Wong to celebrate his “gotcha day” with a crown and special cookie (both available in-store, so you can have an impromptu doggie party). The fanciest Gucci-clad pooch in all of Philadelphia showed up and showed out. (Predictably, the pup-arazzi — a.k.a., me — swarmed her.)

From dog parks to “yappy hours,” Philly is a city that loves its four-legged friends. Now, Rittenhouse Square is getting even more canine friendly. Salty Paws — an ice cream bar and bakery just for dogs — opened this past weekend, and it is the perfect place to go if your dog has been a very good boy. 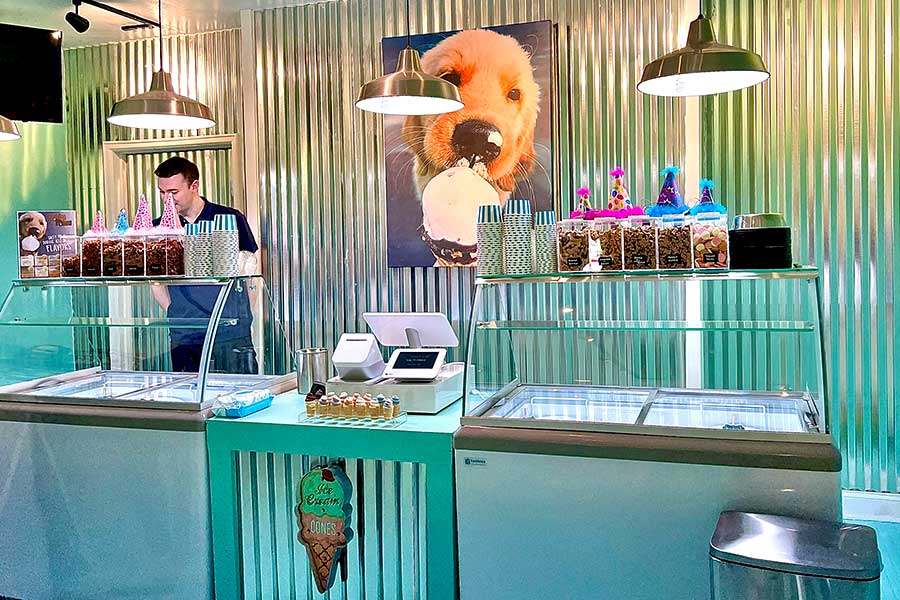 Dogs can get their treats to go or pull a fluffy cushion-covered seat up to a table to eat in the parlor — many opted for the floor, but there’s no judgment here. (The ice cream is safe for cats to eat too, but they probably would not want to dine in, for obvious reasons.)

Salty Paws offers a variety of lactose-free or goat’s-milk-based ice creams (easier on a dog’s stomach than the sugary dairy ice cream people eat) with flavors ranging from maple bacon to cheese to plain, old vanilla. A full topping bar includes a variety of dehydrated meat crumbles, mini dog biscuits in different flavors, and yogurt chips. Dogs can sample flavors before deciding on their treat, though peanut butter seemed to be the favorite flavor on opening day. 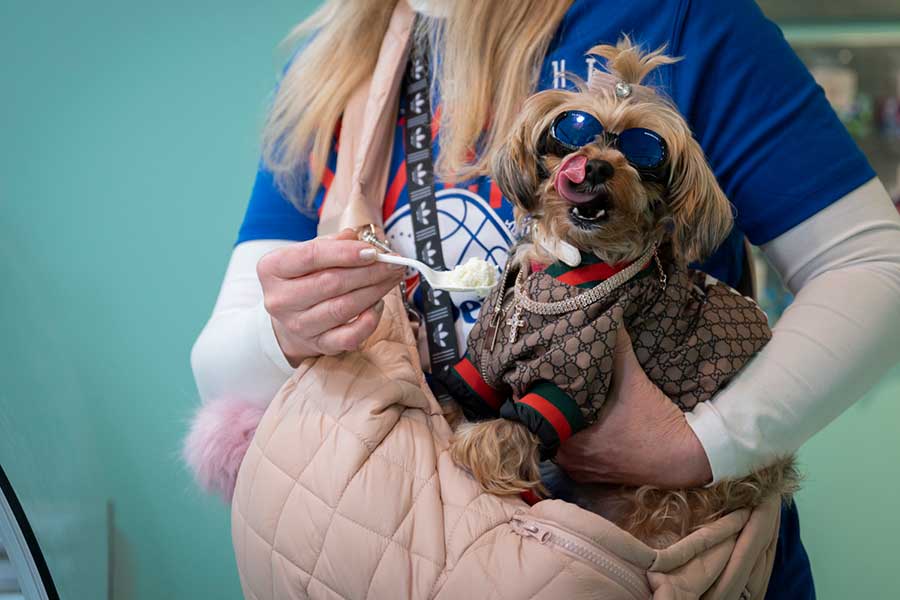 A Gucci-clad Rittenhouse pooch has a treat at Salty Paws. / Photograph by Meghan Renee Photography

Originally opened in Rehoboth Beach in 2018, this is the first Philly location and ninth Salty Paws overall. At the Rittenhouse opening, franchise owner Suzanne Tretowicz said, “The best part about this business is that you get the best side of people. They’re not just buying things for their dogs, they’re spoiling their animals. Everyone is happy.”

This was the draw for Philly shop owner Karla Shanesy, who discovered the original Salty Paws on social media, and after over 30 years as a pharmacist, decided to make a complete change by expanding the franchise. Shanesy has three dogs (and two cats) of her own, and chose the Rittenhouse location because it “has always been super dog-friendly, from the park to the outdoor dining. By adding a Salty Paws, we are giving dog owners another way to enhance their day out with their best friend.” 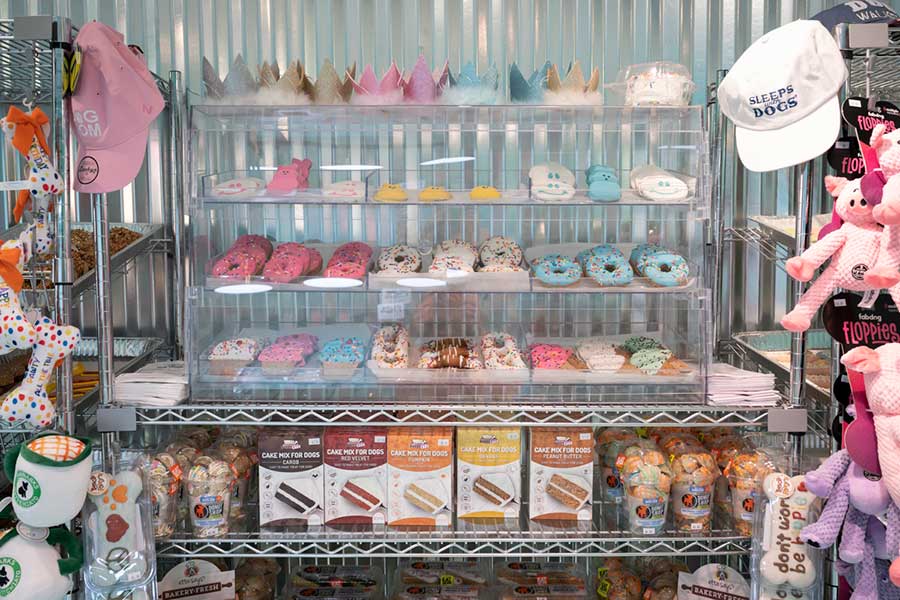 In addition to ice cream, the shop sells dog treats of all types — rawhide bones, bulk biscuits, decorated cookies, and even doggie doughnuts — as well as dog toys, collars and other accessories. If your dog just can’t get enough of the shop’s signature frozen treats, they also sell powdered ice cream mix so you can make it at home.

Shanesy plans to hold events like breed meetups, ice cream socials and fundraisers at the shop, plus private doggie birthday parties. She is planning to expand upstairs with a dedicated event space, as well. 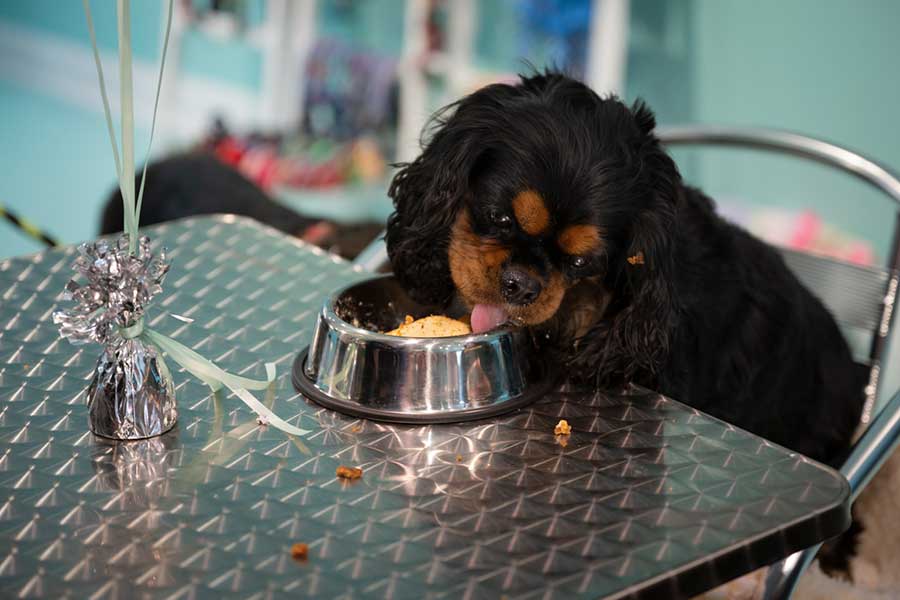 Salty Paws is located at 211 South 17th Street. Get a one-scoop cup for $5, or spring for a three-scoop dog bowl for $7. Toppings are an additional $1. 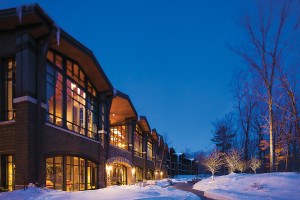 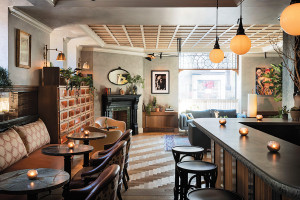 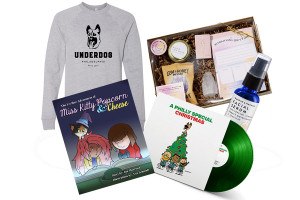