When the Sky Was the Limit: A Flashback to Philly’s First World’s Fair

The Centennial Exposition (aka the biggest party you can imagine), the rise of John Wanamaker, the building of City Hall, and more, all in the latest episode of “Philadelphia: The Great Experiment.” 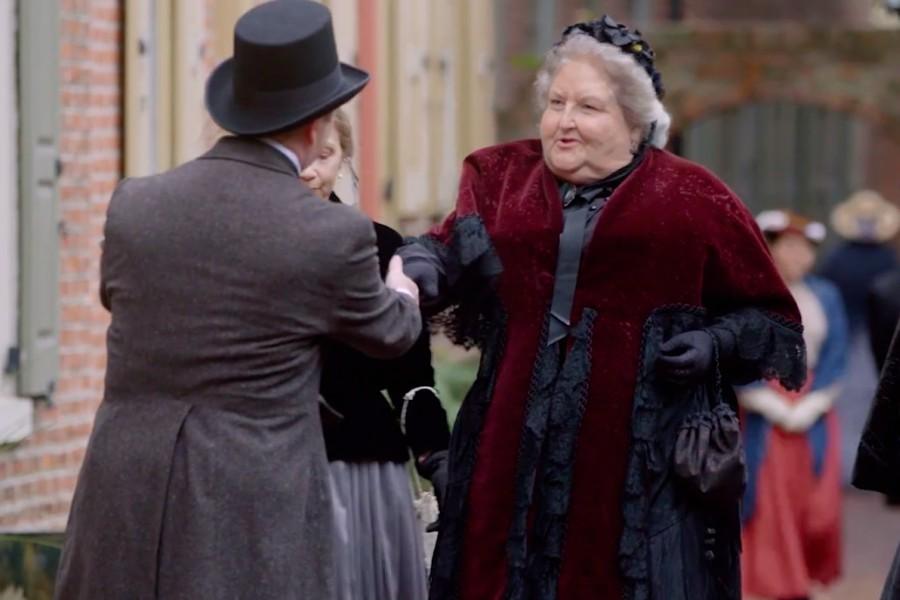 A screenshot from “World Stage,” the latest installment of Sam Katz’s Philadelphia: The Great Experiment series.

On Thursday night, you can catch the 12th episode of the 13-part historical series, which will air on 6ABC at 7:30 p.m. This segment, titled “World Stage,” covers the years between 1872 and 1889. It’s particularly exciting because it focuses on the Centennial Exposition of 1876, the first official World’s Fair in the U.S., held right here in Fairmount Park.

Think of the Centennial Exposition (also known as the World’s Fair) as, essentially, the biggest party you can imagine — an impressive exhibition of arts, manufacturers, exciting cuisine and the newest technological inventions. Nearly 10 million people, or almost a fifth of the U.S. population, attended the celebration between May and November. Katz said that more than 246 buildings were erected on 249 acres ahead of the Centennial Exposition, and some — like the Please Touch Museum and the Ohio House on States Drive — are still standing.

As the episode explores, the fair came at “a moment in Philadelphia’s history when the sky was the limit,” Katz said.

“It showcased all of the industrial prowess of Philadelphia,” he added. “If there is an overriding message here, it’s that there has been a moment in our history where we thought very grandly of ourselves.”

“World Stage” also delves into the legacy of department store magnate John Wanamaker (one of the centennial’s biggest advocates), the shiny new building at Broad and Market Streets (aka City Hall), and Caroline Le Count, Philadelphia’s first African American school principal and the wife of civil rights leader Octavius V. Catto (who was murdered in 1871). Plus, the episode highlights suffragettes Elizabeth Duane Gillespie and Elizabeth Cady Stanton, who famously interrupted the 100-year anniversary reading of the Declaration of Independence (at the World’s Fair, of course) to protest for women’s rights.

The episode examines one of the most eventful eras in the city’s history. Watch the broadcast or stream it on historyofphilly.com, starting on Friday.