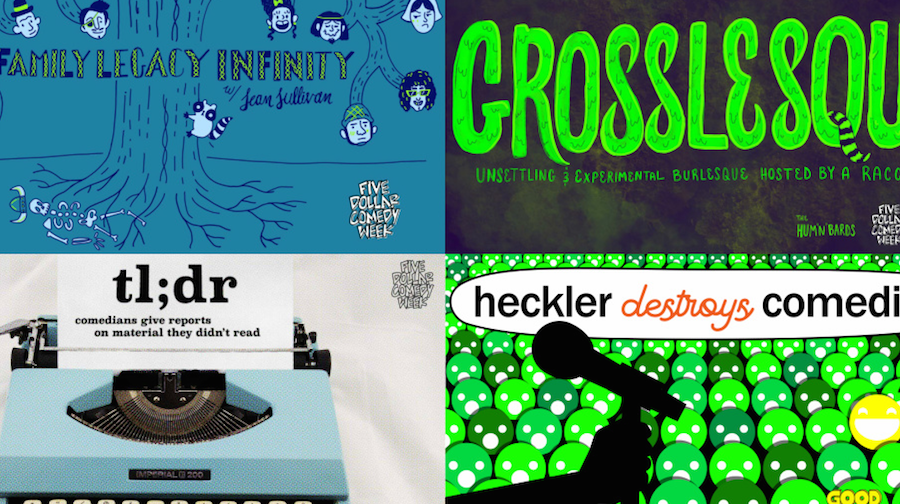 Shows are already pretty inexpensive at good ol’ Good Good Comedy Theater — usually just ten bucks or so — but Five Dollar Comedy Week, well, that’s even more affordable. Starting Sunday, the upstart Chinatown comedy club will host some 30 new shows and workshops, each for just a fiver. Some could be the start of something big, some might never be seen again. Either way, you’re seeing something special.

The whole schedule looks pretty great, but here are a few that popped out at me: