9 Things to Do in Movies, Podcasts, Books, Theater and More 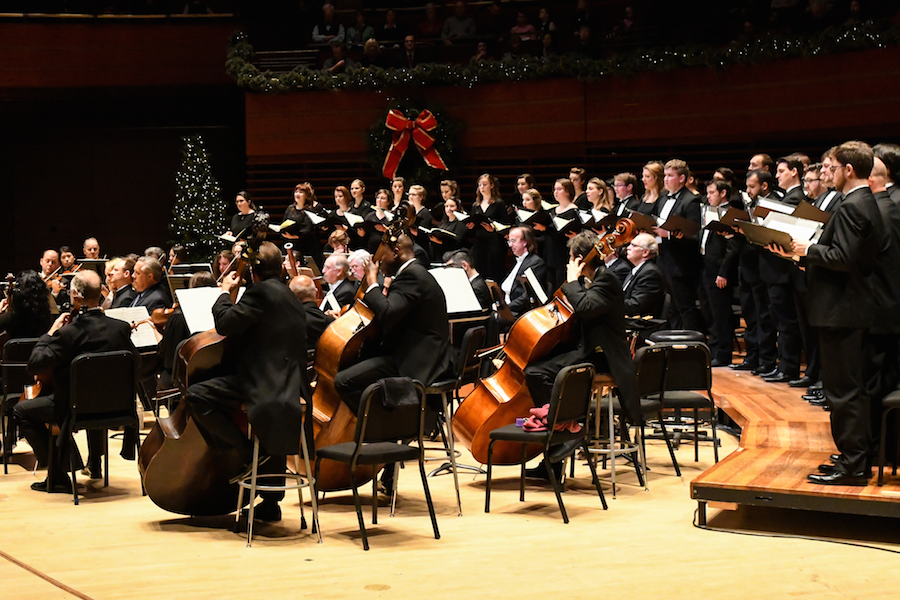 The Philadelphia performs Handel’s Messiah at the Kimmel Center on Thursday and Friday. (Pete Checchia)

Keeanga Yamahtta Taylor @ Uncle Bobbie’s Coffee & Books | Wednesday, December 20
Princeton professor and author Keeanga Yamahtta Taylor reads from her newe book, How We Get Free: Black Feminism and The Combahee River Collective about “the legacy and impact that radical black feminists of the 1970s have had on today’s feminist and anti-racist movements.”

Drinks and Dragons @ American Sardine Bar | Wednesday, December 20
A “first-come first-serve RPG open gaming night” for experienced and novice Dungeons and Dragons players. “This is set up as a Philadelphia based world building event with the intent to write and publish RPG/D&D materials for the market place.”

Messiah @ Kimmel Center | Thursday & Friday, December 21 & 22
The Philadelphia Orchestra and the Philadelphia Symphonic Choir join forces to perform Handel’s epic 1741 oratorio. Cristian Macelaru conducts. It’s a Christmas tradition, but kind of a strange one, since it covers not only the birth of Jesus but the death and resurrection as well.

PUFF Xmas Extravaganza @ South Street Cinema | Friday & Saturday, December 22 & 23
Friday: Hounds of Love & Die Hard. Emma Booth and Ashleigh Cummings star in Hounds of Love — a horror thriller about teenage girls stalked by a pair of serial killers in Perth, Australia in 1987, around the Chrissy Holz. That’s what Australians call Christmas time. (And they give each other Chrissie prezzies. They’re weird.) Peppermint hot chocolate will be served.
Saturday: Good Tidings & Home Sick. Two more holiday horror films. In Good Tidings, a homeless vet takes on a pack of murderers dressed like Santa. Home Sick is a low budget holiday fable about “a maniac with a suitcase full of razorblades [who] unleashes a super human killer upon a group of kids in a small Alabama town.” More peppermint hot chocolate will be served.

We Were Right Before Christmas @ Underground Arts | Friday, December 22
Should we keep trusting the process? Is Nick Foles up to the challenge? These and other sports questions are kind of basic and probably won’t be discussed when podcasts The Rights To Ricky Sanchez (about the Sixers) and BGN Radio (about the Eagles) set up shop at Underground Arts on Friday. Each will record separate episodes, then they’ll team up for one big one.

I’ll get to the comedy events tomorrow.