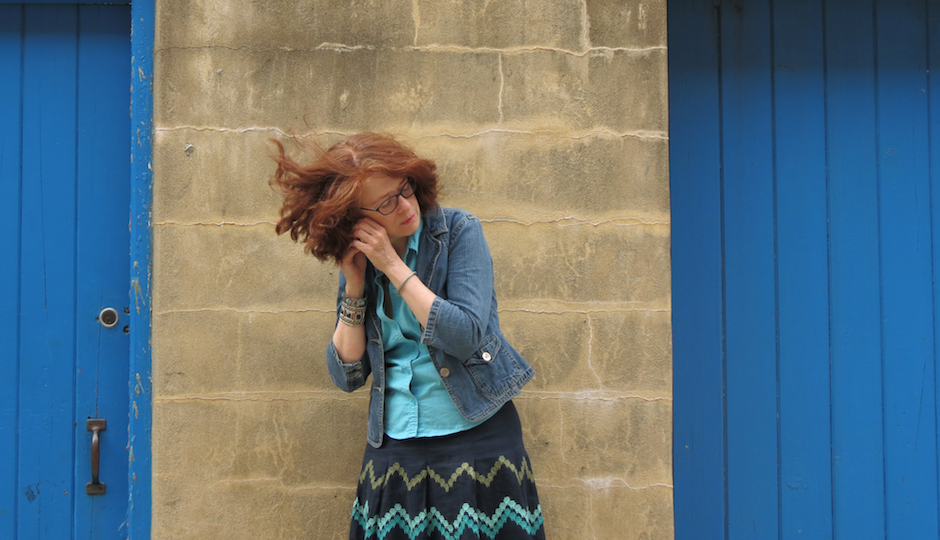 Guns N’ Roses Was Here: 30 Years Later @ The Trocadero
In celebration of the 30th anniversary of GnFnR’s concert at the Troc on the Appetite for Destruction tour, an impressive coterie of local talent will perform music by the iconic band. Performers include: School of Rock students, Northern Arms, a reunited Welcome to My Face (a personal favorite), Mr. Johnny Showcase, Thorazine, the Flannel Chucks, Cynthia Hopkins and members of Stinking Lizaveta, Misstallica, The Martha Graham Cracker Cabaret and Betty Whitetrash. Hosted by Casey Boy of the Preston & Steve Show.

Philadelphia Film Fest @ several locations
As always, the Philadelphia Film Festival — which hosts screenings daily through October 29 — has put together an impressive lineup of features, documentaries and shorts. I posted a bunch of trailers here. In addition to new movies, the PFF also has a From the Vaults series featuring Beloved, Philadelphia, Ich the Killer and more.

Wrestling Jerusalem @ Suzanne Roberts Theatre
A solo play about the Israeli-Palestinian conflict written and performed by Aaron Davidman and directed by Michael John Garcés. Through November 5.

Ben Folds @ The Fillmore
The Paper Airplane Tour is a good idea for an agile, willing improviser like Ben Folds. Basically, everybody writes their requests on a paper airplane and chucks it at the stage at the designated time and Folds will see what he can do.

Richard Lewis @ Helium
The famously neurotic comedian and actor (Curb Your Enthusiasm, Anything But Love) plays through Saturday.

The Exploding Digital Inevitable @ Lightbox Film Center
The program starts with Crossroads (1976), directed by Bruce Conner, “a 36-minute assemblage of US government footage of the iconic Bikini Atoll atomic bomb test.” The main feature is new The Exploding Digital Inevitable, a “performance essay” directed by Ross Lipman, that utilizes archival footage to examine both Crossroads and its subject matter.

HOUND @ Space 1026
Philly artist/designer Perry Shall also makes music, with his band HOUND — featuring drummer Chris Wilson (of Ted Leo and the Pharmacists) and bassist Pat Hickey (Purling Hiss). Their new record, Born Under 76 is a blast. Comparisons to Sword, Sabbath and Hold Steady don’t really do it justice, but I’ll start there and you can tell me how wrong I am. Friday’s release party has lots of comedy on the bill, including Mary Houlihan and “Financial Guru” Greg Gethard.

Marco Benevento @ Underground Arts
They say he came up through the experimental rock/jazz scene in NYC, but this is just an easy, catchy little pop song. I hope she kills that hipster jagoff tiger.

Radiator Hospital @ First Unitarian Church
Radiator Hospital’s kinda the best — a jangly, unsinkable dreamboat of a band. Sam Cook-Parrott’s songs of wonder and longing really hit the spot on a rainy grey day. Where their early stuff was rustic and bedroomy, their new record, Play The Songs You Like, is lush and spacious. Like a living room.

Lich King @ Kung Fu Necktie
A Massachusetts metal band named after a World of Warcraft character. FYI: “Kil’jaeden created the Lich King ages ago from the spirit of the orc shaman Ner’zhul to raise an undead army to conquer Azeroth for the Burning Legion.” (Source) Perhaps their music is to your like-king?

Billie Eilish @ World Cafe Live
Billie Eilish is a 15-year-old pop star from L.A. She dropped her debut EP, Don’t Smile at Me, in August. Frickin’ young people don’t know the value of a dollar:

Ladies’ Night Art Crawl @ Fishtown
Pick up a postcard at The Common Room then take a tour of 16 women-owned businesses, and get your card punched. Return with a filled out card and get a prize.

Nikki Glaser @ Punchline
The hilarious standup and star of Not Safe with Nikki Glaser plays five shows, Thursday through Saturday.

Port Lucian @ PhilaMOCA
I don’t know much about this newish Philly band except they’re led by young violinist/guitarist Portia Maidment and they describe their sound as “experimental psych-pop.” Port Lucian celebrates the release of their debut EP, Sun, on Friday.

Black Pistol Fire @ Fillmore Philly
We could say the world doesn’t need another studied-the-classics blues-rock duo but you and I both know that’s now how the world works. We don’t get what we need.

The Patriot Tour @ Merriam Theater
Speakers include retired Navy SEAL/author Marcus Luttrell and Taya Kyle and author of American Wife and wife of the late U.S. Navy SEAL sniper Chris Kyle. “This emotional live stage experience highlights incredible stories of perseverance from four remarkable patriots who have had their lives profoundly changed by their service and sacrifice.”

CineShorts @Cinemug
A five-dollar BYOB screening of short films by local filmmakers. The House We Lived In by Derick Crucius; Wavelength by Karl Weimar; and Delilah’s Muse by Chad Gurdgiel.

Super Art Fight @ Boot & Saddle
“A surreal mixture of live art, pro-wrestling style characters and storytelling and a dash of hilarious, improvised commentary.” The evening’s competition includes a championship bout between General Stormsketch and Killer Colleen (of the Bra’lers), with undercard battles Jamie “Angry Zen Master” Noguchi vs. Two-Drink Alex and The Corrigator vs. Baron Von Sexyful. I don’t really understand what any of this means, but The Corrigator hails from Philly and wears a cardboard suit of armor, so that’s who I want to win.

The Healing ft. Lyrispect @ Johnny Brenda’s
Hip-hop and poetry go together like wine and wine.

America @ Keswick Theatre
The Freedom Rock band who gave us “Muskrat Love” (1973 version) and “A Horse with No Name.”

Crash Course In Science @ Underground Arts
Founded in 1979 — for real — this “minimal synth electro techno body wave” band from Philly used to play The Hot Club and drop in on The Uncle Floyd Show back in the day. This Saturday they celebrate their new LP Situational Awareness, which features music made with “toys, kitchen appliances and self-built synths.”

Music Night @ Greensgrow West
Music by I Think Like Midnight and Qiana Ganges & Brian Jordan, plus beer by Dock Street and food by Greensgrow and Mi pueblito tacos.

A Wilhelm Scream @ Milkboy Philly
The punk/melodic hardcore band from Massachusetts is touring in honor of the 10th anniversary of their best-loved record, Career Suicide. Here’s a catchy favorite from 2007. NSFW language.

Laura Baird @ Brickbat Books
Folk artist Laura Baird of the amazing Baird Sisters celebrates the release of her debut solo record, I Wish I Were A Sparrow.

So 4 Poets Walk Into a Bar @ Tattooed Mom
Poetry by Kailey Tedesco, Lexi Spino, Ashley Coady and B. Diehl.

Lawrence Rothman @ Johnny Brenda’s
The L.A. artist gets a lot done with synths and eyeliner, making moody New Wave music under a series of “alters” (as in alter egos) like “Hooky,” “Aleister” and “Darren Bitchboy.”

Andy Mineo @ TLA
You just don’t hear a lot about Christian hip-hop. Where does it come from? What does it sound like? In the case of Andy Mineo, it comes from NYC and it sounds like this: