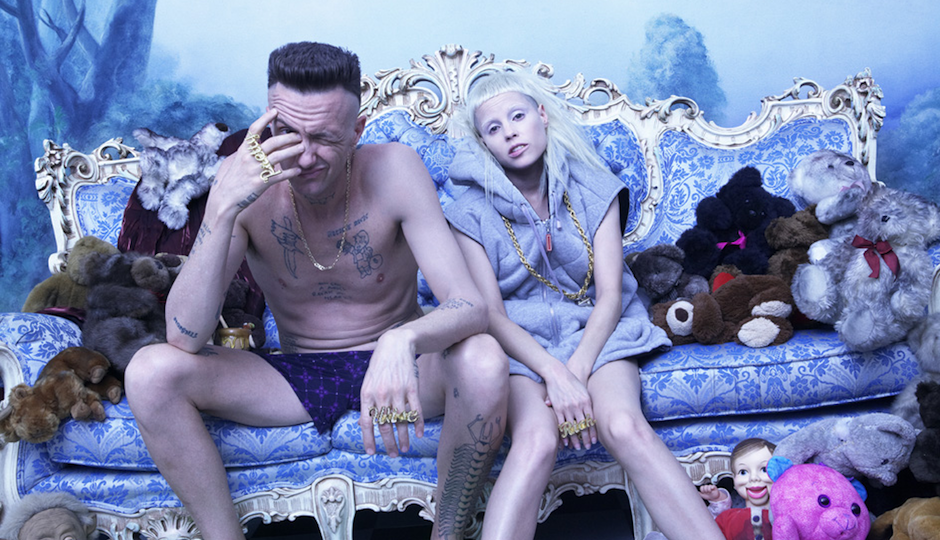 Blondie/Garbage @ The Mann | Wednesday, August 2
Debbie Harry and co. are into bees these days. Blondie’s Pollinator album, released in May, has a bee on the cover and raises money for the band’s BEE Connected campaign to educate people about colony collapse. To hammer home their message, the band will release 10,000 bees at every concert. Collectible epi-pens are available at the merch table. I made some of this up. I’m really pretty scared of bees. If one stings me I have to go to the hospital.

GrandeMarshall @ Johnny Brenda’s | Thursday, August 3
The young North Philly rapper signed to Fool’s Gold Records last year. Download his most recent mixtape here and go to the show so you can say you saw him when. This is NSFW:

Fantasia/Kenny “Babyface” Edmonds @ Dell Music Center | Thursday, August 3
Hard to believe it was 13 years ago that Fantasia got her start on American Idol. The R&B mainstay’s most recent record, The Definition Of…, came out last June and the single “Sleeping with the One I Love” earned a Grammy nomination. Babyface, of course, is well-known (and well-decorated) for the passionate love songs he wrote for himself and other artists — Whitney Houston, Mary J. Blige, Aretha Franklin, dozens more — that ruled the R&b charts.

Good Old War @ World Cafe Live | Thursday, August 3
These pretty and easygoing Philadelphia folkies just released a new song, “Part of Me,” and will drop the first of three new EPs on Sept. 1. But here’s an old favorite:

Laetitia Sadier Source Ensemble @ Johnny Brenda’s | Saturday, August 5
The Stereolab alum released her most recent solo record Find Me Finding You back in March. The music is blissful and understated. Compared Stereolab, it’s all pretty earthy and warm, too. Here’s a duet with Alexis Taylor of Hot Chip:

Yes/Todd Rundgren @ Tower Theatre | Tuesday, August 8
Runt got his start around here, playing with bands like Woody’s Truck Stop and the Nazz, but he really feels less like one of ours and more like one who got away, since most of his success came when he was living in L.A./NYC/wherever. It’s not a shame, really; he’s fine and we’re fine. It’s just worth noting. Rundgren’s most recent record, White Knight, included contributions from Daryl Hall, Donald Fagen, Trent Reznor and more. Here’s an oldie by a goodie:

Roger Waters @ Wells Fargo Center | Tuesday, August 8
Pink Floyd fans are over the moon about the return of this British rocker who is not at all it for the money and has by no means hit a wall. This show should be comfortably fun for the whole family. But seriously, I still like this song: