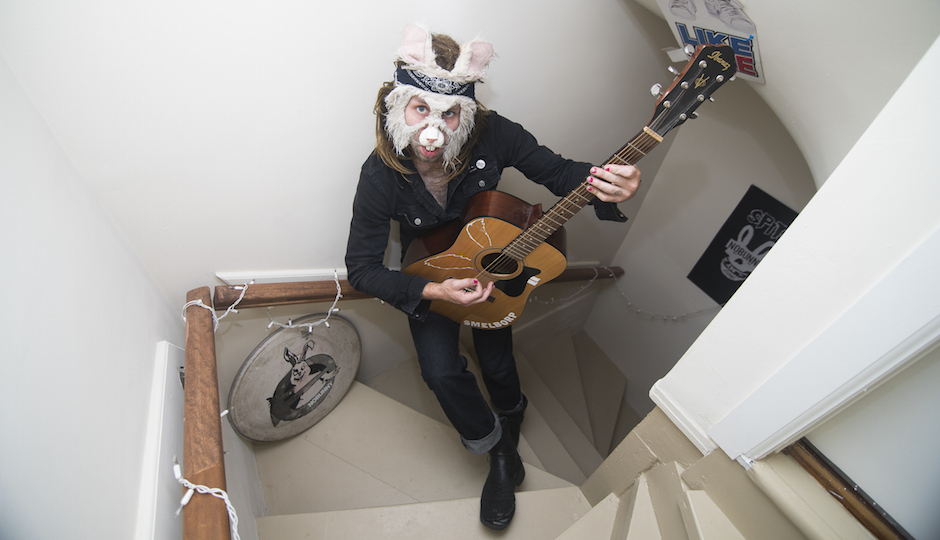 Back to Back to Black: A Tribute to Amy Winehouse @ Ardmore Music Hall
Remember Jones and his 15-piece orchestra pay tribute to the singer who gave us “Rehab” and “You Know I’m No Good.” They perform her album Back to Black in its entirety.

Madalean Gauze @ Johnny Brenda’s
Wild and eclectic, this Philly artist hits all the right notes on her new six-song EP, Cool and Fun. Just over a minute long, the title track is a quick burst of lo-fi, high-energy indie rock in the tradition of No Age, Bikini Kill and Helium. “Circle Man” is less chaotic, but just as confident and driven by strange currents. The whole EP is excellent. Keep an eye on Madalean Gauze.

Chicago / The Doobie Brothers @ BB&T Pavilion
Most of Chicago’s hits came with Peter Cetera at the mic, but when he left in 1985, Jason Scheff took over and fared well for the net two decades. These days the easy rockin’ Rock & Roll Hall of Fame band is led by singer/bassist Jeff Coffey. He’s a relatively unfamiliar voice, but it’s still those same old Chicago horns and melodies.

Perfect Blue @ Christ Church Neighborhood House
Tiny Dynamite presents G.S. Warren’s play which features one actor in Philly and another appearing on a screen live from London. Theater critic David Fox had this to say: “For me, real theatrical miracles happen through language, character, and plot, rather than technology. The compelling, entertaining Perfect Blue, a clever fusion of futurist science fiction and domestic drama, falls short of the miraculous. At 70 minutes, it’s elegant but slight, and the dystopian scare tactics are implausibly over-cooked (or at least, let’s all hope to hell that this scenario is implausible). But the piece is made extraordinary here by the circumstances, including excellent acting by both the corporeal Gibson and the virtual-but-real Harry Smith, crisply pointed direction by O’Connor, and especially, the fantastic design work of Jorge Cousineau, who seems to top himself with every project.” Read the entire review here. Runs through July 23.

Steve Trevino @ Punchline
Standup by the self-described “Tex-Mex” comedian who has written for both Carlos Mencia and Pitbull. Through July 22.

The Attic: Classic Hip Hop Party @ Tattooed Mom
“Graffiti, bboys and bgirls, emcees and turntablism” in celebration of the 10th anniversary of the Get Free Movement.

R. Ring @ Everybody Hits
Here’s an R. act that deserves a cult following. Didn’t the Kelley Deal/Mike Montgomery duo just play Everybody Hits in April? And didn’t Joe Jack Talcum of the Dead Milkmen open that show, too? Yes and yes. You had fun then, why not do it again?

The York Street Hustle @ La Peg
If you haven’t yet seen Philly’s favorite Motown/soul tribute act, this outdoor show at the foot of the Ben Franklin Bridge sounds like a good place to start. Expect Etta James, The Marvelettes, Jackson 5, Wilson Pickett, Stevie Wonder, The Supremes, Dusty Springfield and more on the set list.

In/Out: Summer Symposium @ Moore College of Art & Design
This conference on “Scales, Impact and Inclusion in Socially-Engaged Art” features panel discussions, site visits and a keynote address from Roberto Bedoya. Other participants include Not an Alternative’s The Natural History Museum, Taller Puertorriqueño, Philadelphia History Truck and more. Friday and Saturday.

Pauly Shore @ Helium
Standup by the comedian and star of Son in Law, Encino Man and Pauly-Tics. What’s that last one? Quoth paulyshore.com: “Pauly-tics was basically Pauly Shore goes to Washington DC. Click to download it for five bucks. Help to support your troops. Cuz I’m your troops, broooozzzzz.”

The Van Pelt @ Boot & Saddle
Chris Leo’s ’90s band is often spoken about with reverence in indie rock circles — largely because they broke up before most of us ever heard of them. A reunited Van Pelt means all those old songs are coming back to life. This one’s got kid of a Pavement thing going on:

Who’s Crazy? @ Lightbox Film Center
“Accompanied by a frenetic original soundtrack by the great Ornette Coleman, insane asylum inmates escape their confinement and hole up in a deserted Belgian farmhouse, where they cook large quantities of eggs and condemn one of their own in an impromptu court.” (1966, black and white.)

Nobunny @ PhilaMOCA
This guy does jangly garage rock in his grundies and a dingy old rabbit mask.

Secret Cinema: Unseen Curiosities from the SC Collection @ The Maas Building
Recovered gems never before screened by Secret Cinema — and probably not screened by anybody in a long, long time. Includes Wide Open Spaces, a 1932 western spoof produced by The Masquers Club of Hollywood, Shopping Around a 1954 training movies for Chevy salespeople, and lots more.

Dar Williams @ Bryn Mawr Gazebo
The veteran singer-songwriter doesn’t have a new album, but her a new book, What I Found In A Thousand Towns, comes out in September.

Thurston Moore Group @ Underground Arts
The latest solo record by the former Sonic Youth frontman is Rock n Roll Consciousness, which dropped in April. Although Moore remains the least excitable singer on the planet, these songs do have a certain lushness and optimism to them. I believe Pitchfork put it best when they said: “But if the album’s lyrics project a certain youthful idealism, musically, Moore and co. proudly dig their worn-out Converse heels into an indie-is-the-new-dad-rock ethos that trades in Sonic Youth’s abstract extremes for a tougher, more propulsive thrust. It’s more meat-and-potatoes, sure, but it’s really choice grass-fed beef with yam flan.” Rock critics.

Puppies and Portraiture @ American Philosophical Society
Guests can learn about pets in famous paintings while also playing with cats and dogs adoptable from PAWS.

Slayer @ Electric Factory Outdoors
Hard to believe veteran metal lords Slayer, founded in 1981, have never played a late night TV show before but it’s true. Their appearance on The Tonight Show on July 27 will be Tom Araya and co.’s late-night debut. The band’s most recent record is 2015’s Repentless.

WWE Battleground @ Wells Fargo Center
Wrestler-turned-actor John Cena recently confessed that his days in the ring are numbered, so his flag match vs. Rusev at Battleground seems like a good opportunity to cross him off your bucket list before it’s too late. Also on the bill: Shinsuke Nakamura vs. Baron Corbin, AJ Styles vs. Kevin Owens, Sami Zayn vs. Mike Kanellis and more. P.S. If you’re really crazy about wrestling, there’s also Something to Wrestle With Live, a podcast being recorded live at the TLA on Sunday afternoon.

Algiers @ Johnny Brenda’s
Algiers’ new The Underside of Power is not easily defined: It’s gospel and post-punk, hand clappin’ and hard rockin’, political and heavenly. Franklin James Fisher’s got a voice like a righteous angel ready to put humanity through the ringer. His passion — for music, for justice — comes pouring through on every song. Desperate times call for a desperate band.