Let’s Watch a Bunch of Tim and Eric Clips

The Philly-born comedy duo celebrates 10 years of Awesome Show at the Merriam on Thursday. 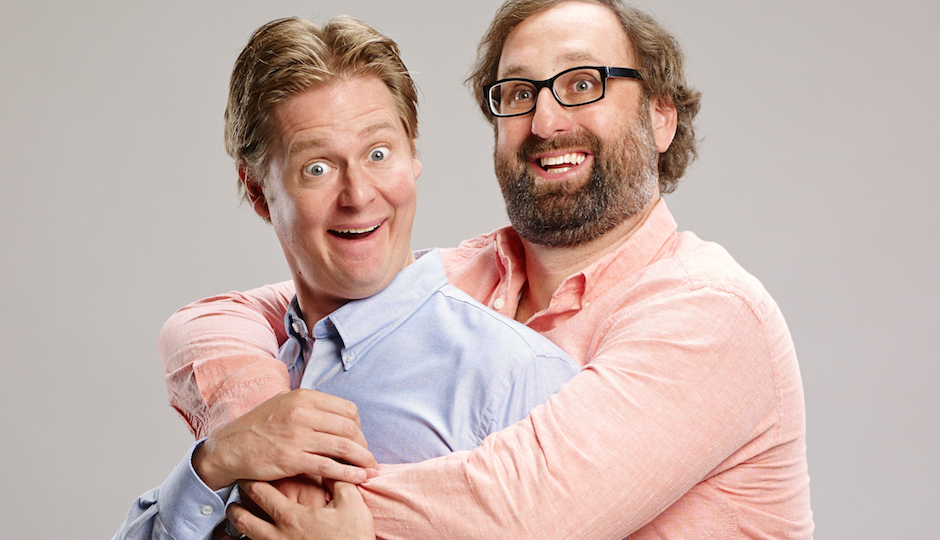 Before Tim Heidecker and Eric Wareheim moved to Hollywood to make big (and weird), they were known around Philadelphia for their uniquely off-kilter comedy shows. When they weren’t playing in bands, the Temple film students could be found in small clubs and galleries showing pre-taped comedy bits and sketches with an off-speed sensibility and unpredictable structure. Traditional punchlines were rare.

In L.A., they honed and mutated their style for Adult Swim staples like Tom Goes to the Mayor, Tim and Eric Awesome Show, Great Job! and, most recently, Tim and Eric’s Bedtime Stories. That quintessentially disturbed and awkward Tim and Eric aesthetic — also seen in a feature-length film and commercials for deodorant and light bulbs — is often imitated with limited success. There’s more to it than just glitchy editing tricks and creepy extras, people.

To celebrate the 10th anniversary of Awesome Show, the duo will stop by the Merriam on Thursday for a live performance. And to celebrate that, let’s watch a bunch of videos from Tim and Eric’s impressive and bizarre career so far. Some of this is NSFW, NSFL, etc.