9 Things To Do in Comedy, Movies, Books, Celebricats, Queer Kickball and more. 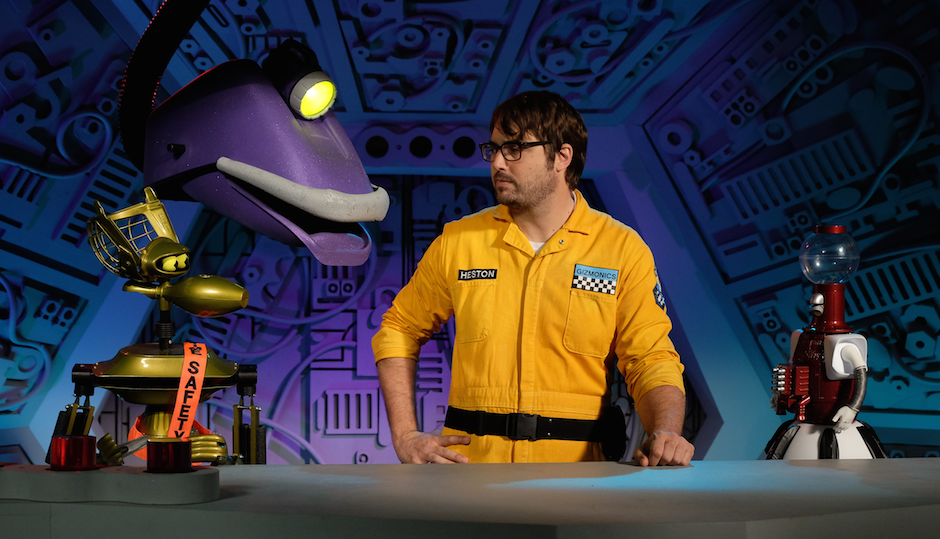 Kevin Hart Day & Mural Dedication @ Max’s Cheese Steaks | Thursday, July 6
Why Kevin Hart Day? Why not? And because it’s his birthday. The comedian/actor will be on hand for the dedication of the new mural painted in his likeness and honor on the side of Max’s Steaks, just a block from where Hart grew up.

Chris Kattan @ Helium | July 6-8
The SNL alum and actor will perform standup Thursday through Saturday. He did a Funny or Die video recently and is in the new Sharknado movie.

Mystery Science Theater 3000 @ The Keswick Theatre | Friday, July 7
MST3K creator and original star Joel Hodgson performs live with the star of the rebooted series, Jonah Ray. The bots will be there, and the mads will check in via video screen. The 7 p.m. show features a re-riffing of an MST3K classic, Eeagah. The 10 p.m. show is features a “secret surprise film.”

The Zodiac Killer @ PhilaMOCA | Saturday, July 8
This is the Philly premiere of a rarely seen 1971 horror movie directed by Tom Hanson, “who had previously owned a chain of Pizza Man restaurants.” Hanson created the film in an attempt to lure the real Zodiac Killer out of hiding. Amazing. Presented by The American Genre Film Archive and Something Weird Video.

Reuptake @ Little Berlin | July 8-29
A group show built on the theme of “interference” featuring Johann Diedrick, Jason Hsu, Daniel Newman, Marcelline Mandeng of Cameroon, Roopa Vasudevan of Shanghai and more. Here’s a disclaimer you don’t see every day: “Little Berlin will be a cellular dead zone during the hours of the exhibition blocking all cell and data usage by utilizing a short throw Cellular blocker for educational purposes and to encourage visitors to the gallery to engage with the works and each other.” Interference!

Midnight Vigil: A Delirious Encounter with Divine Inspiration @ The Barnes Foundation | Saturday, July 8
No Face Performance Group presents a performance installation called “Abbot Adam: Matins/Lauds.” The Abbot Adam series “uses the structure of medieval monasticism — specifically the rigorous practice of hourly prayer — to examine the concepts of commitment, community, and desire.” On Thursday and Friday, the program will be live-streamed; on Saturday you can see it performed in person.

Kyle Mooney @ The Trocadero | Monday, July 10
A standup performance by the comedian, actor and Saturday Night Live cast member. Remember when he challenged Kanye to a rap battle?