27 Things to Do this Weekend 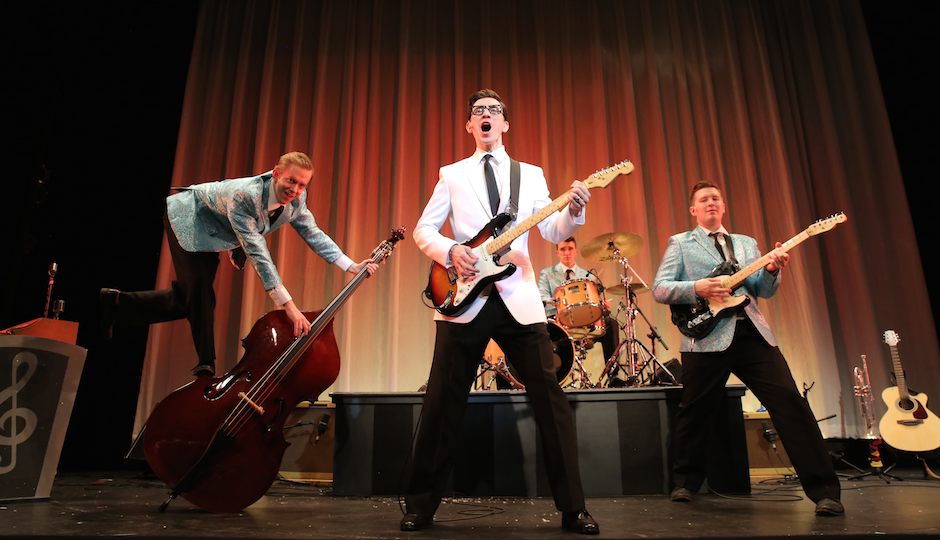 Movies @ All Over Town
Earlier this week, I did a roundup of interesting movies and movies playing in interesting places. Many of the are free. One of them is Jaws. Check it out.

Arnez J @ Helium
The former host of BET’s ComicView and star of the comedy special Racially Motivated series (now on Netflix) does standup Thursday through Sunday.

Theatre Exile’s Wrecking Ball @ Studio X
Theatre Exile’s home is getting torn down so they’re throwing a dance party with food, cocktails, a raffle and more.

Let’s Start A Cult @ Good Good Comedy Theatre
“Have you ever felt as if your life lacks direction? Are you tired of always having to make decisions for yourself? Are you highly susceptible to persuasion?” Comedian Ari Fishbein sermonizes about escaping our broken society.

Northern Arms @ Boot & Saddle
Led by Keith Richard Peirce, the nine-piece “goth-americana” ensemble puts on some of the most most gratifying live shows — mixing elements of soul, jazz, rock ’n’ roll and other classic sounds into thoughtful, dramatic arrangements. But they’re a restless bunch, always looking for new sonic territory to explore, as evidenced by this rather racy new video from the new record, Chapel Cabaret. Anyway, here’s an old favorite:

Philadelphia Orchestra & Fireworks @ Penn’s Landing
Led by fiery frontman Yannick Nezet-Seguin, the city’s most beloved cover band hosts a jam down by the river, followed by fireworks in the sky.

Pretty Girls Like Trap Music @ The Dolphin
Magglezzz, Baby.com and Buffy play trap favorites. How’s this for a tagline?: “WE CUTE, WE FUN & WE DJ BETTER THAN UR MAN.”

Tom Petty & The Heartbreakers @ Wells Fargo Center
Members of the Rock ’n’ Roll Hall of Fame since 2002, Tom Petty & The Heartbreakers are back on the road, this time in celebration of 40 years of making music together. The band has had a ton of hits including “Refugee,” “Breakdown,” “American Girl,” “The Waiting” and “Mary Jane’s Last Dance.” P.S. Wanna read something cool? A small, Delaware-based production company worked on the videos for Petty’s current tour.

Empowering Women In Jazz @ World Café Live
The Women’s Coalition for Empowerment hosts a performance of Sistahs Attune, “a sisterhood of vocalists connected to jazz striving towards growth, musical excellence, and success as individual performers and as a collective.”

Diarrhea Planet @ Underground Arts
Look: I get it. The name is terrible. It’s not even so bad it’s good. It’s just dumb. But listen: Diarrhea Planet makes really excellent music, the kind of fun, bold rock you could listen to all day and almost forget what the band is called.

S.T.A.R.W.O.O.D. @ Johnny Brenda’s
Gabriel Starwood, sometimes seen wearing a mirror-ball helmet, is a visitor from the year 2776. He makes music with the help of his Vitruvian Android pals. This show celebrates the release of God of the Drones. Yesterday, I posted an exclusive track.

Jerry Blavat & Fireworks @ Penn’s Landing
The Geater with the Heater hosts a fireworks display “choreographed to a soundtrack of our favorite artists from the tri-state area, including American Bandstand, Bon Jovi, the Jonas Brother, Boyz II Men and Patti LaBelle.”

The Lunar Year @ Boot & Saddle
Katie Burke is more than just a pretty voice, but damn does she have a pretty voice. The frontwoman of the folk/rock band The Lunar Year has the kind of vocal chops that push the music into ponderous places, letting it soar and crack at just the right moments. The lyrics, too, seem to well up from somewhere deep. The new album is Herodias and it’s worth your time.

Bruse Wane @ Kung Fu Necktie
The NYC rapper and CEO of Wane Enterprises’ most recent album is 2015’s Earl Manigualt Of Rap. He really goes for it with the Batman references.

Joy Again @ PhilaMOCA
The Philly lo-fi band released a five-song EP in January. Their music is tiny and catchy and makes you feel like you’re in the best basement in the world.

The Pains of Being Pure at Heart @ World Café Live
The veteran indie-poppers newest record, The Echo of Pleasure, isn’t due out till September. Here’s an oldie but a goodie: