A new album, a new cookbook, and a show at the Tropicana in Atlantic City? We decided to check in with the Wynnewood diva. 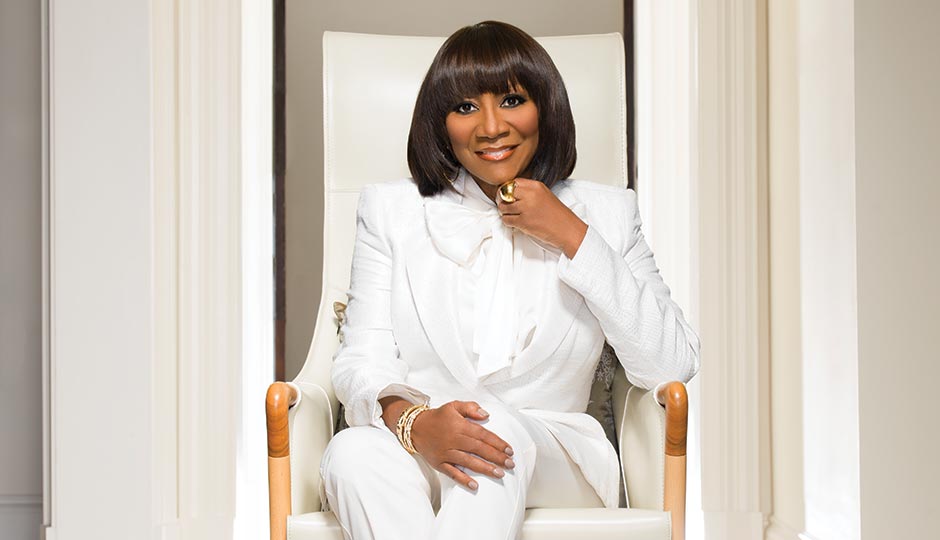 The queen on her throne. Photo via Derek Blanks.

Bel Hommage is your 19th studio album. How do you stay excited about recording? How do you keep things fresh? Until I leave this planet, I’ll be excited to do new music and to record forever. And this is a new venture for me. It’s a jazz album. I never thought I’d do a jazz project, and when we did it, I still wasn’t sure, but now that I’ve heard it, I love it.

You’ve become almost as well known for your Walmart pies and cookbooks as for your music. Where’d you learn to cook so well? I was a very shy child. I never wanted to go out, so I stayed under my mother’s apron. I was always in the kitchen.

Wait, shy? You? I’m still a shy girl. I come out when I sing. It’s like I’m very shy before the show and I’m very shy after the show, but during the show, I turn into a beast.

Given that you live on the Main Line, how is it that we never have any Patti LaBelle sightings? Oh, I go out. I go to the Capital Grille, Fleming’s, and Miss Tootsie’s on South Street. I love a good steak and lamb chops, and I get my pleasure by going to Capital Grille for those steaks.

Any big summer vacation plans? Just work, work, work. I love to work. I don’t care for vacations. I’m not a vacation queen. And I’m on an extended U.S. tour. But I also need to work on going to England and Japan. We have to do that.

Oh, are you big in Japan? Well, I was 30 years ago. They love Patti Patti.

Originally published as “Questioned: Patti LaBelle” in the June 2017 issue of Philadelphia magazine.