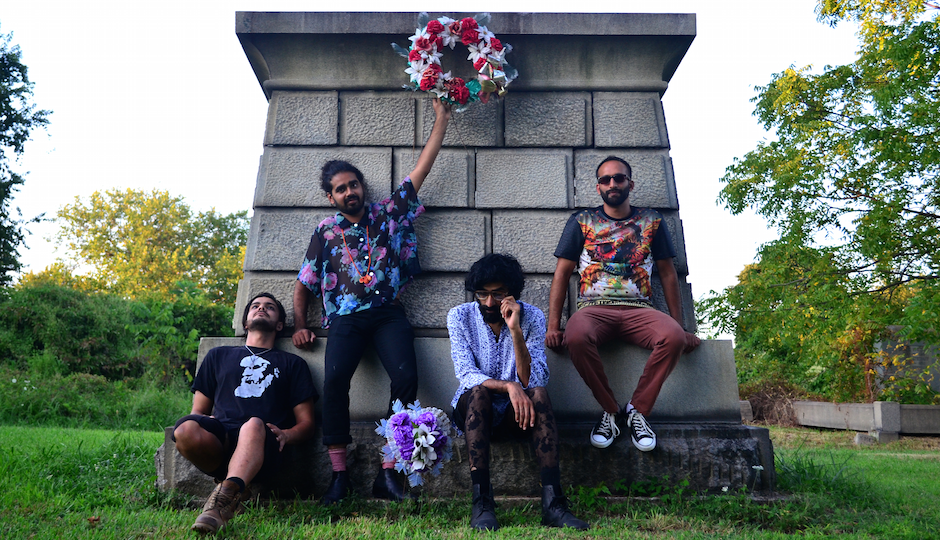 The Kominas play Johnny Brenda’s on Wednesday. (Eva Wo)

The Kominas @ Johnny Brenda’s | Wednesday, June 14
The Boston-based Kominas have been mixing punk with psych, surf and Punjabi folk for more than a decade now. It’s got an edge but I swear you can dance to it. If you want. The band recently recorded an episode of the Shaking Through video series with the Philly-based Weathervane Music non-profit. The track below, from 2015’s Stereotype, puts a snarky spin on a sad-but-true story of discrimination, and hammers it home with bit of the Friends theme.

Wesley Stace and the English UK @ Pastorius Park | Wednesday, June 14
Not only is Wesley Stace a world-class singer, songwriter and showman, but this free concert is an excellent excuse to check out a park Chestnut Hill has been hiding from us.

Sorority Noise @ Union Transfer | Wednesday, June 14
Sheesh, Wednesday night is busy. I was all set to ignore these Hartford emo dudes, but this video kinda got its hooks into me. Here, now it’s your problem. It follows.

Sera Cahoone @ Milkboy | Wednesday, June 14
This Seattle singer-songwriter (and Carissa’s Wierd/Band of Horses alum) is a third country, half Americana and three-quarters indie rock. Sera Cahoone’s latest, From Where I Started (Lady Muleskinner), dropped in March. Show up on time to see local favorite Birdie Busch.

Sigur Ros @ The Mann Center | Friday, June 16
Sigur Ros is Iceland’s number one exporter of experimental drone pop to listen to with a bowl of cotton balls, marshmallows and Ambien. I like it, but I’m also like it’s a good thing I’m not driving right now. Here, watch a bunch of novelists go nuts.

Lizzo @ Fillmore Philly | Sunday, June 18
With a voice like a soul singer and tongue like a battle-tested MC — am I making sense right now? — Minneapolis rapper Lizzo aims to make you feel good.

Bubba Sparxxx @ Kung Fu Necktie | Tuesday, June 20
Sparxxx is still out there reppin’ the Dirty South in rap. Remember when Missy Elliott loaned him that “Get Ur Freak On” sample? Anyway, here’s a new one.