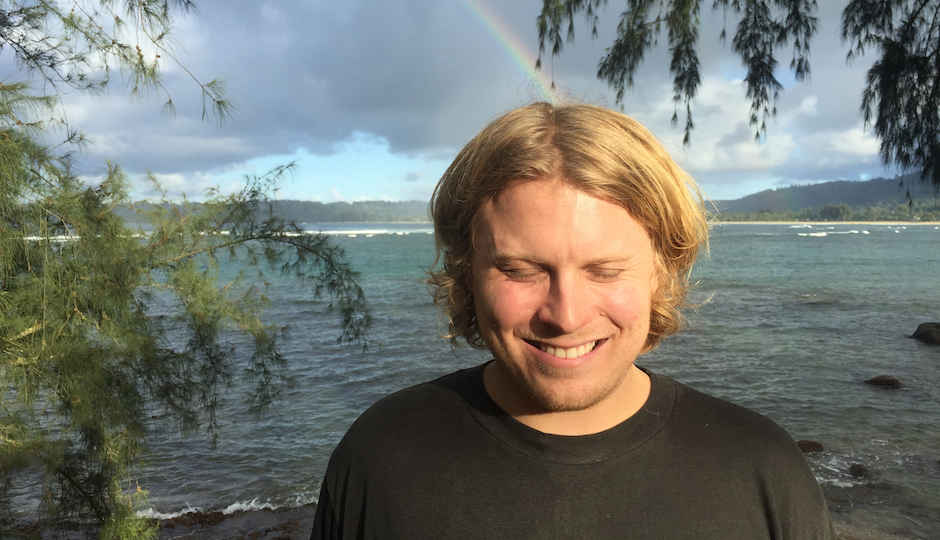 Happy Birthday @ Plays & Players Theatre
Says theater critic David Fox: “Marc Camoletti’s play, a huge hit in London in the ’70s, has acquired the patina of a period piece, something of a send-up on the silliness of middle-aged swingers. I’d say that only adds to the fun, especially when it looks as smashing as here, played on Lance Kniskern’s luxe living room set, which somehow manages to be both chicly elegant, and a louche bachelor pad. But the virtuosity of a farce really is in the performing. Director Trey Lyford has a masterful sense of staging and energizes the hell out of Happy Birthday; mostly, this pays off.” Through May 21.

Laura Marling @ TLA
It’s petty, but I never liked the idea of Laura Marling hanging out with that Mumford crowd. Those pedialyte folk-pop jingles, that grandpa fashion sense — it’s no place for a singer-songwriter with real promise. With each record, the British-born/L.A.-based Marling explores new territory and re-focuses her formidable, increasingly conversational songwriting skills. On the new Semper Femina, she explores the subject of womanhood, from friends to frienemies and beyond. P.S. It’s invigorating to hear this once rigidly delicate performer wrap her lips around the F-word on “Wild Fire.”

Streetlight Manifesto/Mephiskapheles @ Electric Factory
Long ago, there were so many horn-powered, ska-punning band names it was a cliché and a bad party game — “Oh, yeah? Well once I saw Ska’d Baio and Joanie Love Ska-chi open for Skarles In Skarge!” — but now it’s really just Mephiskapheles, still holdin’ it down for those who like to skank for the devil. Veteran Jersey band Streetlight Manifesto is the headliner. I have nothing to say about their name.

Les Hautes Solitudes @ Lightbox Film Center
This 1974 by Philippe Garrel is “a moving, entirely silent portrait of Jean Seberg in her Paris apartment, over a decade removed from her icon-making performance in Breathless, and a few tragic years before her early death.”

Dirty Dancing — The Classic Story On Stage @ The Merriam
The ’80s dance romance done live, soundtrack intact. “I’ve got you in my sights with these hungry eyes. One look at you and I can’t disguise. I’ve got hungry eyes.” Eric Carmen was either in love or a werewolf.

Loni Love @ Punchlines
Standup by the comedian/actor/electrical engineer. May 19-20.

Steve Conte @ Boot & Saddle
The journeyman rocker (he most notably played guitar with late-era New York Dolls) also has some serious anime credits on his c.v.

Philadelphia Orchestra @ Kimmel Center
A performance of Mahler’s Third Symphony featuring mezzo-soprano Karen Cargill and the women of the Philadelphia Symphonic Choir. Through May 21.

Brad Paisley @ BB&T Pavilion, Camden
That tone-deaf “Accidental Racist” debacle probably would’ve destroyed a lesser man, but Paisley’s still out there, playing non-bro country for large audiences on both sides of the Mason-Dixon. For a popular country artist, they say, Paisley’s a fairly enlightened dude. As for his fans, well, you’ll get the picture on your way through the parking lot.

Alien: Covenant @ local theaters
I saw this last night at the Riverview. It was good enough. But listen, something suddenly occurred to me about this beloved sci-fi/horror series: The people are the aliens. It’s not like the aliens are building ships, hell-bent on invading Earth. (AVP ain’t canon.) It’s always some single mom just minding her own business, trying to raise her face-huggers and chest-bursters the best she can. Then all these humans start showing up with their flamethrowers and terraformers to gentrify the place. So of course there’s gonna be a period of adjustment/bloodbath.

Andross @ The Barbary
The Philly indie punks celebrate the release of their third album, Recidivist.

The Arsonists @ Louis Bluver Theatre at the Drake
Says theater critic David Fox: “Now that’s what I can an entrance! Actress Sarah Gliko bursts through the door, disposes of a body in a bag, nearly destroys a ramshackle cabin in the Florida swamps, and says about a dozen words (well, mostly she says, ‘Fuck!’). And that’s just the first minute or so. This high-voltage start to Jacqueline Goldfinger’s spellbinding new play The Arsonists put me in mind of a kind of gender-reversed Sam Shepard — especially Shepard’s early collaborative work with Patti Smith. (The Arsonists also incorporates mournful songs and hymns, delivered with piercing authenticity by Gliko and Steven Rishard, playing ‘H.’) As in Shepard, there is a sense that love, loss, and betrayal are inseparable.” Through May 21.

Aries Spears @ Helium
Standup comedy by the MadTV alum. Through May 20.

The Latecomer: An Anthology of Edgar Allan Poe @ Laurel Hill Cemetery
The Mechanical Theater — a company which embraces Philly’s “rich and often dark history by developing theater projects tailor-made for its unique, historical settings” — does Poe in one of this city’s most celebrated burying grounds. BYO lawnchair/blanket/beverages. Through May 20.

Mike Lenert @ Brewerytown Beats
The frontman of Philly rock bands Caterpillar and Lettuce Prey celebrates the release of his first book of poetry, Turnip in the Mud. He’ll also play some music.

Fire Walk With Me @ PhilaMOCA
The complete 3.5 hour cut of David Lynch’s big-screen Twin Peaks headscratcher. The Saturday screening is sold out. (But wait, The Prince is showing the 135-minute version on Saturday night.)

Kensington Kinetic Sculpture Derby & Arts Festival @ Trenton Ave., Morris to Dauphin
The forecast says it’ll be sunny and 72 degrees — perfect weather for this universally beloved and quintessentially Philly annual event. It’s a neighborhood festival, with food and activities and such, but the Derby is the main event. Local nutballs race around on custom-made, pedal-powered vehicles to the delight and amazement of the crowd.

Ty Segall @ The Trocadero
You can count on Ty Segall. All these records — solo and with a slew of pop-up bands — and no duds. Just snazzy rock hooks and high, mighty vocals. P.S. Show up in time to see noisy Philadelphians Purling Hiss.

The Dream Syndicate @ World Café Live
Steve Wynn’s cult-favorite alt-rock act from the ’80s, reunited since 2012. Make sure to get there in time to check out Chris Forsyth & the Solar Motel Band.

Skating Polly @ Kung Fu Necktie
Oklahoma step-siblings Kelli Mayo and Peyton Bighorse do fierce, catchy indie pop that woulda crushed it on WDRE back in the day. I bet you’ll have a blast. Listen:

Bush Tetras @ Johnny Brenda’s
Seems like the music stays the same but the tags keep piling up: no-wave, new-wave, dance-punk, post-punk, punk-funk. “Legendary” and “influential” are also solid descriptors for a New York band that tried to warn us back in 1981 about the growing creep problem.

Italian Market Festival @ Ninth and Washington
Highlights of this huge, multi-block neighborhood festival include food, music, a handball tournament, the Procession of Saints, food and more. Just so much food. Saturday and Sunday.

Nirvanish @ Kung Fu Necktie
This Nirvana tribute act boasts an impressive set list from Bleach to Unplugged and they don’t sound too shabby. Or, they sound just shabby enough.

Against Nature @ Boot & Saddle
I’m not really sure what this “Music and Art Collab” entails, but it does feature performances by The Gravies, Here/Now, Hoser and Worst Ones.