Daya at the Trocadero, Big Gigantic at the Fillmore, and more concerts to check out. 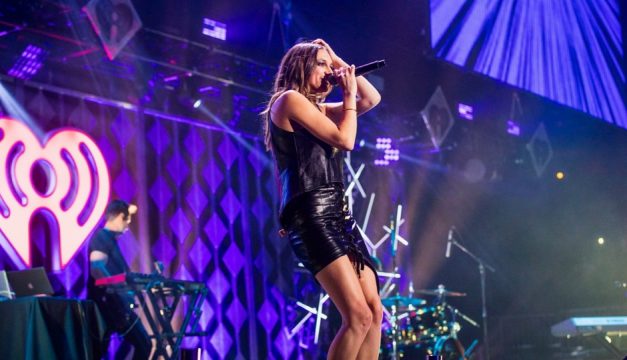 Lemuria @ First Unitarian Church | Saturday, February 18
Indie rockers Lemuria out of Albany, New York are celebrating the 10th anniversary of their debut LP, Get Better. The album and band have an ’80s-into-’90s influence, with shared vocals from drummer Alex Kerns and guitarist Sheena Ozzella. Philly’s Cayetana are also on the bill.

Daya @ Trocadero Theatre | Saturday, February 18
At only 18, Pittsburgh native Daya has already had a few pop songs chart on the Billboard Hot 100, including her first single, “Hide Away,” released when she was just 16. Her debut LP, featuring the title track “Sit Still, Look Pretty,” came out in October. You’ve also heard her voice on The Chainsmokers’ Grammy-winning EDM hit, “Don’t Let Me Down.”

Less Than Jake @ The Fillmore | Sunday, February 19
Less Than Jake has been making ska/punk music for 25 years, bouncing around between minor and major labels and getting a big boost from the ska craze in the mid-’90s. Their last full-length studio album was 2013’s See the Light, but they just dropped a new EP, Sound the Alarm, earlier this month. Reggae/rock regulars Pepper will support.