Your guide to a festive weekend. 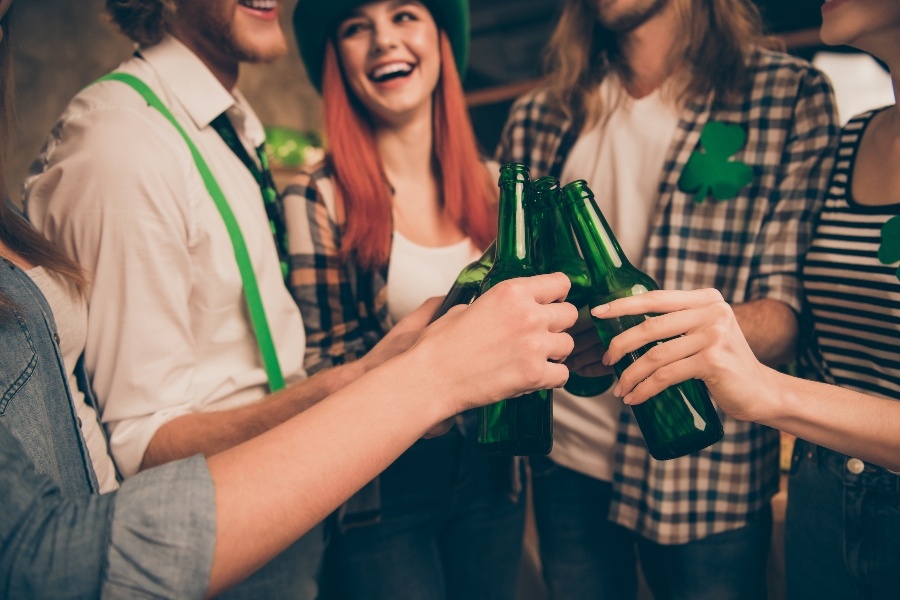 It’s been two years since this city has had a full-on St. Paddy’s Day celebration, and I fear we are not ready. Do we still own any green clothes we don’t mind getting dirty? Will we remember how to march in a parade? Or honk at a parade? And what about pub crawls — what if we’ve forgotten how to paint shamrocks on our cheeks and then smear that paint in a public barfing/making-out session in the middle of Sansom Street? Do we still know how to say “Brittany come on”? Or “Sean, you are peeing right now”?* There’s only one way to find out. It’s 2022 and we’re doing St. Paddy’s Day again, Philly.

How’s that old saying go? Everybody tolerates a parade? Something like that. Well it goes double for Philly’s St. Patrick’s Day Parade — the second oldest of its kind in the country. While the banjos and fiddles march by playing “I’m Looking Over a Four Leaf Clover” and “Irish Eyes Are Smiling,” get yourself a plastic derby or some other green single-use souvenir and dance on the sidewalk like nobody’s watching. Even though they definitely are. As a child I was dragged many times to this jubilant, working class parade, and those sense memories stay with me to this day. Free, Sunday, March 13th, starts 11 a.m. at 16th and JFK Boulevard, goes clockwise around City Hall then down Market, ends at 6th and Market Street. TV coverage noon-3 p.m., on CW Philly 57.

Generally speaking, when columnists write their post-St. Paddy’s Day articles about privilege, they’re thinking of the pub crawls and the roving bands of merry mischief-makers they sometimes let loose on the streets like a ravenous river-dancer on a Knights of Columbus roast beef banquet. Or something. If you don’t want to end up in a viral video/police report/photo beneath a headline that says “Philadelphians Are A Mess,” then try to behave yourself out there. Drink water. Don’t block traffic. Make sure you stop to grab some food. Don’t fight a parking kiosk or put a green derby on the Harriet Tubman statue. (I am genuinely worried somebody will do this and I hope that my putting this fear out there into the world means it can’t happen.) Okay, with all that in mind, here are some St. Paddy’s Pub Crawls taking place this year, typed with crossed-fingers.

For more pub crawls, even though they’re all very similar, here’s this.

Shamrocks & Shenanigans, Saturday, March 12th, 9 p.m., free until you buy something, Xfinity Live, 1100 Pattison Avenue. This multifaceted celebration of greenery at Xfinity Live features silent disco at 1100 Social, karaoke at Broad Street Bullies Pub, bull riding and buckle bunnies at PBR Philly. Good tells me a buckle bunny is “a woman who is a follower or devotee of rodeos and cowboys.”

Glen Hansard and Marketa Irglova of the Swell Season, Monday, March 14th, 7 p.m., $49-$75, Merriam Theater, 250 South Broad Street. The veteran Irish folk duo won hearts (and an Oscar) for playing music and themselves in the 2007 movie Once.

Seamus Egan Project, Saturday, March 19th, 8 p.m., $22-$32. The longtime Philly singer and songwriter — who fronts the band Solas and co-wrote Sarah McLachlan’s “I Will Remember You” — plays music inspired by his Irish roots.

*I can make these jokes because I’m half-Irish.