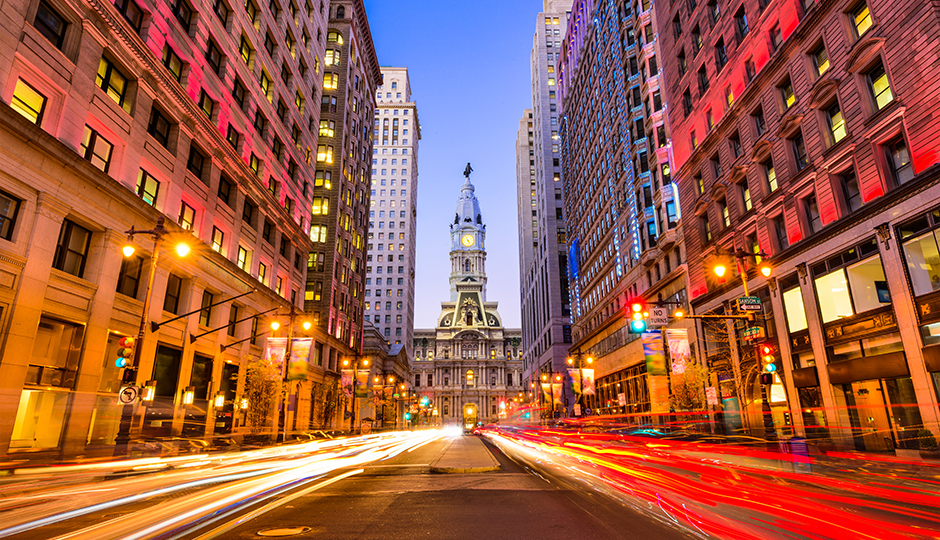 Last month, we spoke to Commissioner of Parks and Recreation Kathryn Ott Lovell about Philadelphia’s need for beautification. With the Rebuild Initiative, her team is providing major resources to help neighborhoods redevelop — and reimagine — their parks and public spaces.

And as a city, that’s not all we’re doing. Philadelphia’s Mural Arts, which started in 1984 as an anti-graffiti program, has spawned progressive works of art in all corners of the city from a handful of recognized artists including Kent Twitchell, Steve “Espo” Powers, Keith Haring and Meg Saligman. Today, Philly is known far and wide for over 3,800 expertly curated public murals. (The Prince of England even visited the display in 2007.)

We have a lot of work to do before we can consider our neighborhoods equal in their (quite literal) playing fields and open space. But with the help of programs like the Rebuild Initiative and Mural Arts, we’re making strides to move our city forward in a big way, block to block. Here are three Mural Arts programs — including a rotating artist residency and a 9-week conceptual monument project — that are currently on display and helping to reshape the city’s public facade.

Spring Arts District Rotating Mural Program
Callowhill Neighborhood
The post-industrial Callowhill neighborhood is rife with bare walls and space to fill. Given that, it serves as the perfect canvas on which to host a rotating cast of Philadelphia artists including Martha Rich, Andrew Jeffrey Wright, Ryan Beck and Kid Hazo. Their ephemeral, cultural works of art serve to show different corners, buildings and spaces in the neighborhood in a new light and give local visitors a reason to keep coming back for more (and visiting small business around the area, to boot).

All Power to All People
Center City Neighborhood
This past September, artist Hank Willis Thomas worked with Mural Arts to design and erect a power pick alongside the divisive Center City statue of ex-mayor Frank Rizzo. Coming on the heels of an important national debate, the message was heard around the city. At its inception, Mural Arts served as a way for street artists to use their art as a public service. The philosophy behind street art is activism, and that still rings true within the program, as seen in practice with this statue (which also serves as part of the Monument Lab project, below).

While Mural Arts aims to beautify often-forgotten spaces in the city, when necessary, the program will also jab a stake (or a comb) in some of the city’s long withstanding public art pieces that deserve a second look.

Monument Lab
Citywide
Sparked from the national discussion of what makes a historical mural relevant today, Monument Lab is a 9-week program that challenges artists in the city and beyond to turn Philly’s past, present and, most importantly, future into an appropriate representation. Philly’s own Sharon Hayes fosters a conversation around why, of the city’s hundreds of historical monuments, only two are women. Ricardo Rivera of Klip Collective takes Marconi Plaza and turns it into a light-fueled portal, charting the surnames of some of South Philly’s generations of immigrants who have made the neighborhood what it is today. Marisa Williamson built an interactive video scavenger hunt that delves into the city’s past, uncovering hidden landmarks and struggles of African American history from Washington Square to 4th and Catherine Streets. This might be one of Mural Arts biggest feats yet in terms of redefining our city, thus far generating important discussions and interactions with a variety of communities and the artists that represent them.

For more information on Philadelphia Mural Arts and what events, tours and programs to look out for, visit muralarts.org.