5 Reasons Philadelphia is a Perfect Target for the Tech Industry 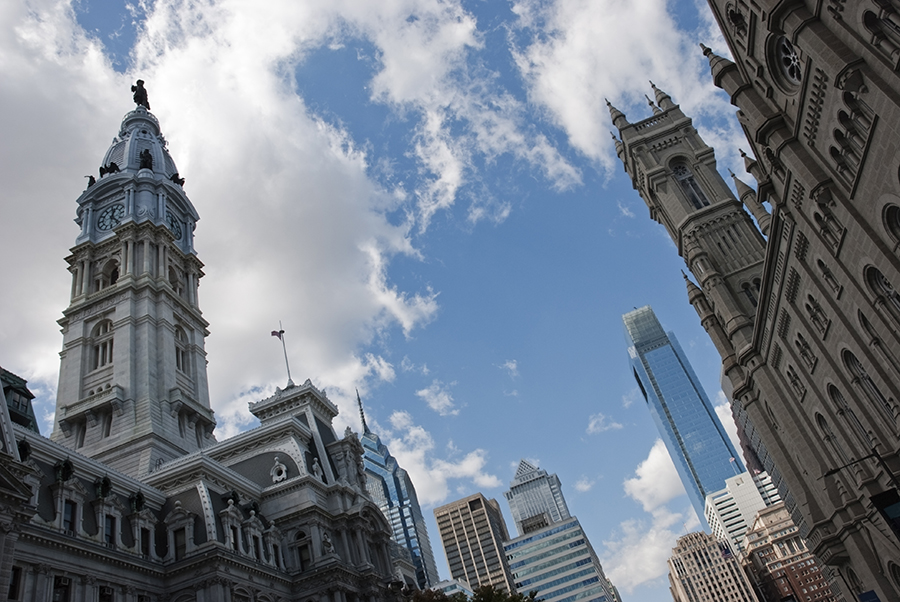 Sure, we’re all rooting for the powers that be at Amazon corporate to set their new headquarters in Philadelphia, but in the meantime, can we celebrate the fact that we’ll also do just fine without them?

Last month, we spoke with Comcast’s Karen Dougherty Buchholz, who is partially responsible for the development of 2018’s Comcast Technology Center, which will soon serve as the largest building and one of the biggest tech and innovation hubs in the city. During our conversation, she acknowledged that Philly has all the right resources to become a major player in the tech industry, and the perks to help encourage industry influencers to settle here.

“You need a strong core for a region to be successful. We have a fantastic infrastructure, from public transportation, education, arts and culture, outdoor activities and great open park space,” she says of our city, which was recently ranked high as one of the nation’s top tech cities.

Here are five reasons why, in addition to the strong core Dougherty Buchholz mentions above, Philadelphia is the perfect location to harbor an innovative, influential and growing tech scene.

Coworking Spaces in Every Corner of the City

Indy Hall, which served as one of the city’s first coworking spaces for creative entrepreneurs, was one of the reasons North 3rd Street in Old City was rebranded “N3RD street” back in 2014. WeWork, an organization that transforms buildings and warehouse spaces across the world into beautiful, spacious work incubators, has four locations in Philadelphia, reaching from Northern Liberties to Rittenhouse. With Venturef0rth, CultureWorks and Industrious Philadelphia also serving a handful of Philadelphia’s many neighborhoods, you can never be far from a coworking space that’s easily accessible and highly collaborative. According to the Harvard Business Review, being part of a coworking community has been proven to help employees reach new levels of self-sufficiency. Here, you can truly test drive that belief.

According to Nerdwallet, the median cost to rent a two-bedroom apartment in Philadelphia is a little under $1,400 per month. Compared to Seattle’s $2,000 price point or San Francisco’s $3,500 (which is rising exponentially), that’s a very small — and comfortable — sum. Whether you’re renting or owning in Philadelphia, you have real estate options that won’t leave you sacrificing other aspects of your life, like your dream career or entrepreneurial idea, or your ability to start a family. Research has shown a link between high living standards (meaning living affordably and comfortably) and improved work ethic and productivity. Philadelphia has shown that in a world of high rent and pressure, you can still have both.

Living in Philly means you’re always approximately two hours away from Manhattan, Washington and Baltimore. That means you have easy access to clients in three major metropolitan areas, and your own hometown. And, you can grow an important career as a bigger fish in a pond that’s only getting larger.

When the city of Philadelphia was in its infancy, it served as a central nervous system for the burgeoning medical industry, and that need for knowledge never stopped growing. Today, Philadelphia boasts over 20 four-year accredited colleges, including the ivy league University of Pennsylvania, Drexel University, Temple University and the University of the Sciences. In terms of graduates turned potential employees, you have your pick of the litter.

As Dougherty Buchholz noted, “Our employees drive [Comcast’s] innovation. We’re very proud that women and people of color make up over 60 percent of our workforce today.” Philadelphia has always had a rich cultural landscape, from the immigrant culture to the near 50/50 split of men to women living in the city. Time and time again we’re reminded that an organization, whether it’s made up of five people or 500, is only as strong as those who support, grow and nurture it. So find a place where those people already exist and create an environment where they can flourish.

Innovation starts by serving the community, and the people, who inspire you to chase your passion. That’s why UnitedHealthcare is proud to shine a spotlight on Philadelphia’s forward thinkers and their outside of the box ideas through the Inspiring Innovation series. To find out more about UnitedHealthcare, visit uhc.com/phillyinnovation.