On the Market: Colonial Revival Farmhouse Near Media

This historic farm property dates to Pennsylvania’s founding and has been in the hands of just two families for most of its existence. Its main residence can now be yours, with members of the owning family for neighbors. 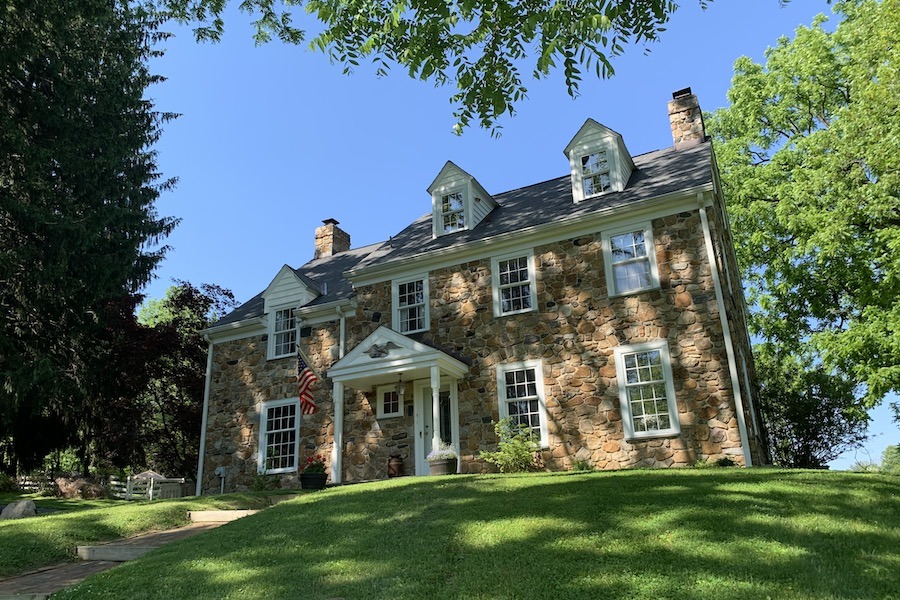 This handsome Colonial Revival house for sale in Middletown Township outside Media has a past that stretches all the way back to the founding of Pennsylvania, yet despite the date etched into its stone facade — 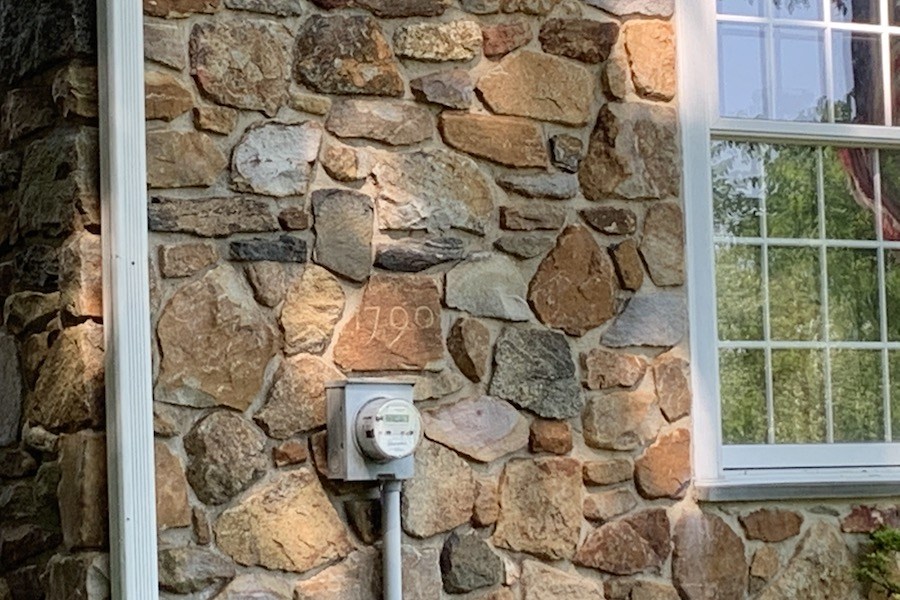 It was built by the family who owned this farm before its current owners bought it. But the property it’s part of has a long history in Delaware County, including a stint in the hands of a well-known neighbor. 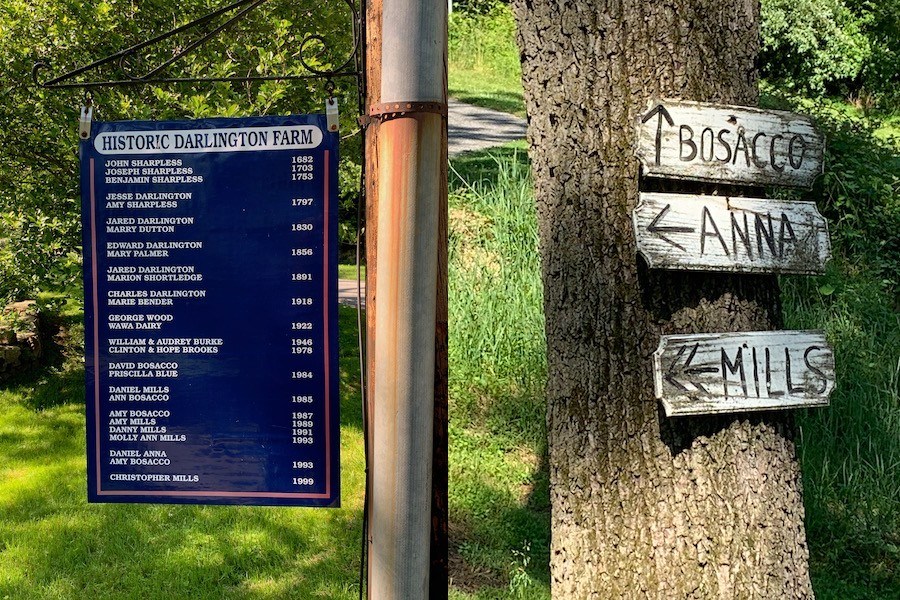 Left: A sign at the end of the main driveway leading to the farmhouse lists all the owners of this property dating back to 1682. Right: The three families who have lived here since 1984. | Photos: Sandy Smith

The property this farm was carved out of was part of tracts of land Pennsylvania’s founder, William Penn, granted to John Sharpless* in 1682. In 1797, it passed into the hands of the Darlington family by virtue of Amy Sharpless’s marriage to Jesse Darlington. 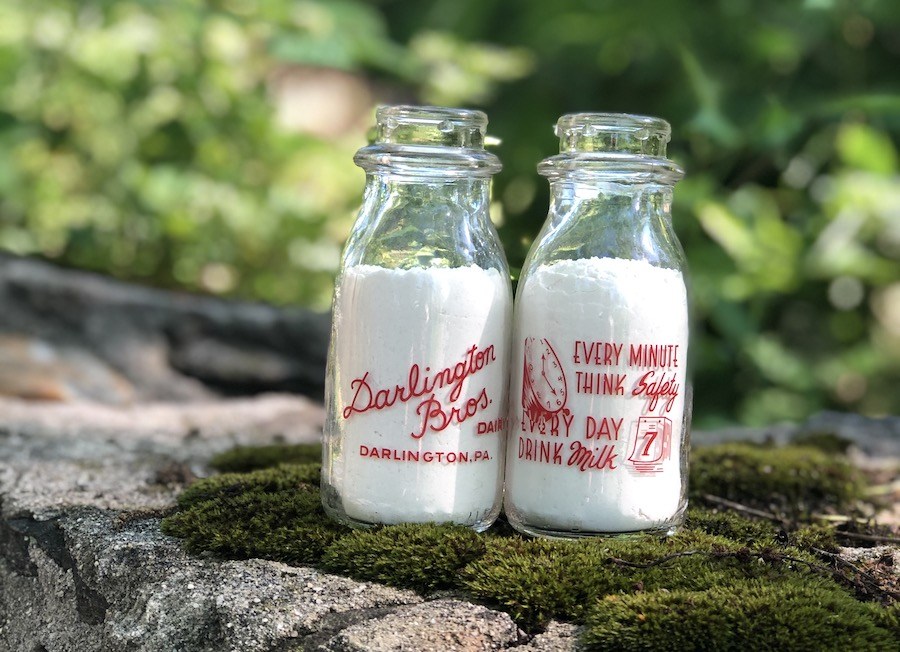 The Darlingtons owned the farmstead for 125 years. During that time, they operated a dairy farm on the site. The Darlington Bros. Dairy had the distinction of being the first dairy in the country to send frozen butter to the White House by rail, according to Amy Parsons, a member of the family that owns this farmhouse today and will be your neighbors if you buy it.

In its heyday, the Darlingtons’ dairy even had its own post office, and neighbors and customers would come to the farm, especially in February, to get their mail stamped with a “Darlington, Pa.” postmark.

The dairy remained in the hands of the Darlingtons until 1922, when a fellow named George Wood bought the farm. You should recognize the name: the Wood family founded the Wawa Dairy, located just up the road from here. (To get to this house, you turn off Route 1 at the Wawa dairy plant and pass Wawa University and the Wawa nature preserve en route.)

We don’t know exactly when the Darlington dairy went out of business — Parsons estimates it took place sometime in the 1940s — but it does seem the Wood family decided at some point that they didn’t need to be running two dairies. 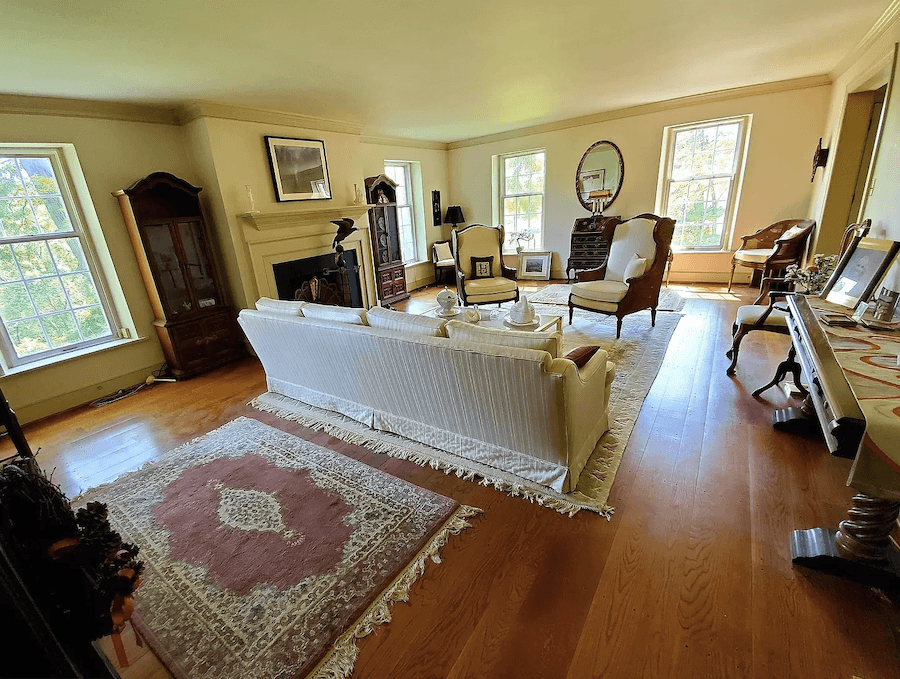 The new farmhouse sits on the foundation of an earlier farmhouse that sat on this site. The stone in the house’s facade was salvaged from that older house and some others that no longer stand nearby. 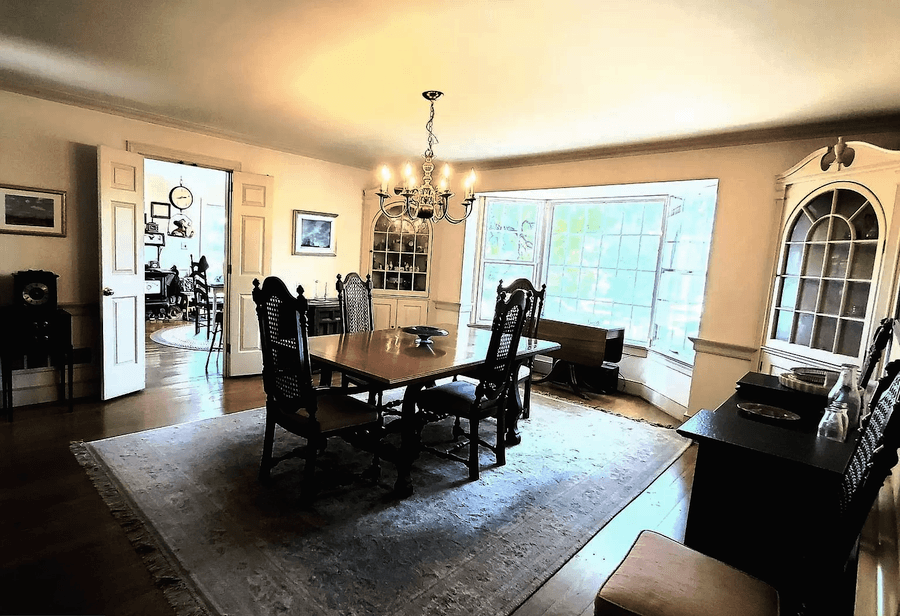 Though the house is young, it channels the late 18th century very nicely. “The interior photos don’t do this house justice,” says Parsons, but they will have to do here to give you an idea of how well built and maintained this Media Colonial Revival farmhouse for sale is. 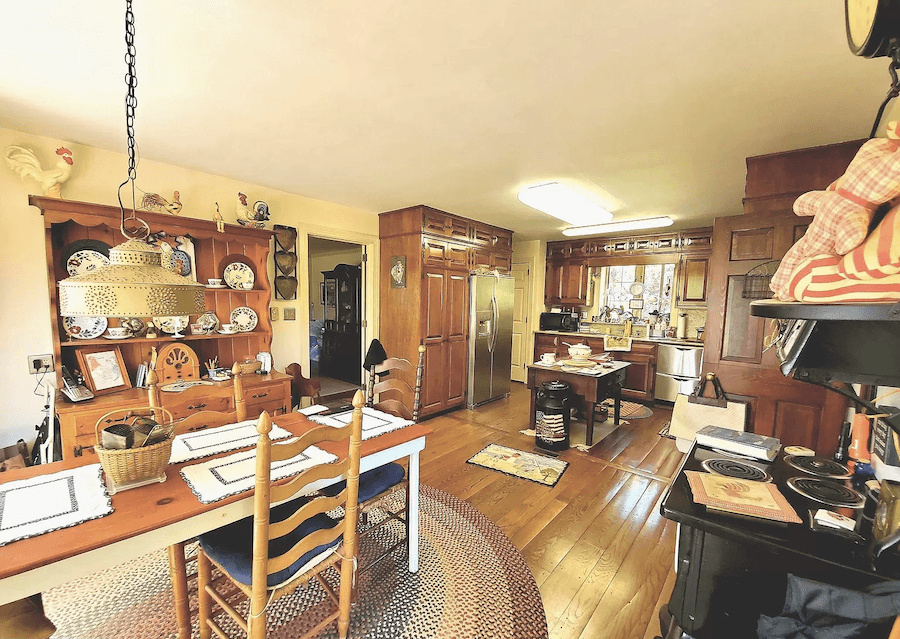 Not pictured here are this house’s spacious master bedroom and en-suite bathroom. 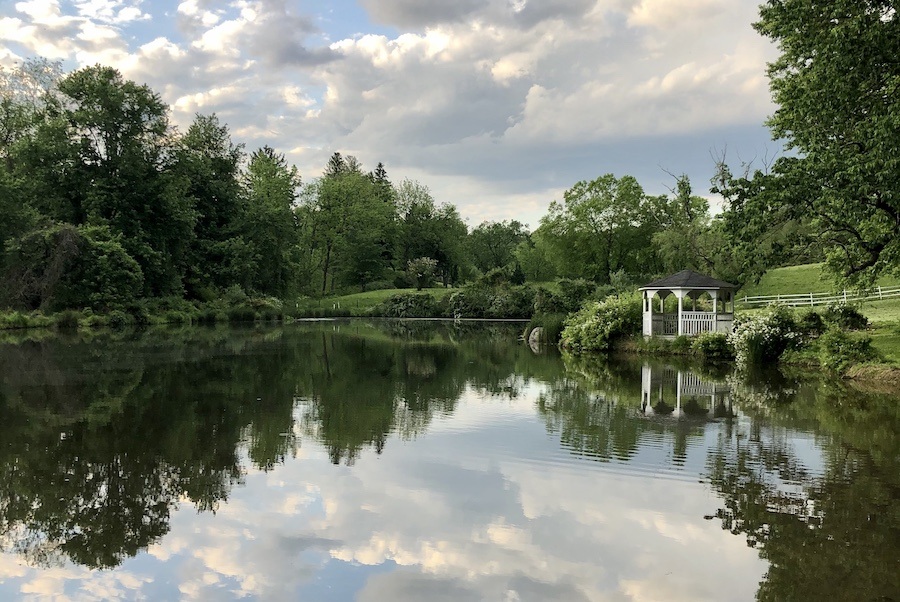 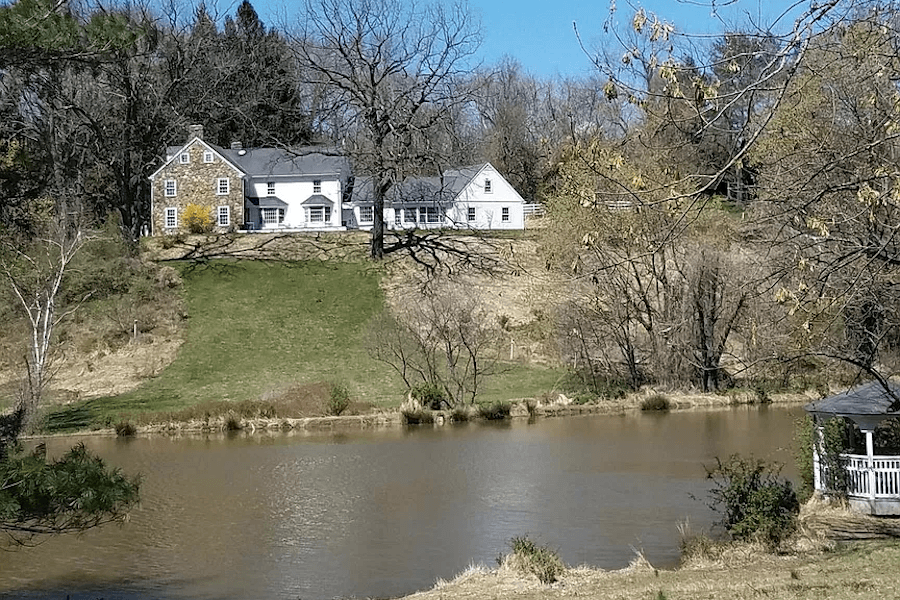 Side elevation from across the pond

But because this house actually extends for some distance to the rear, most of its rooms have great views of the large pond on the property. It’s well stocked with fish but not big enough to race a powerboat on. 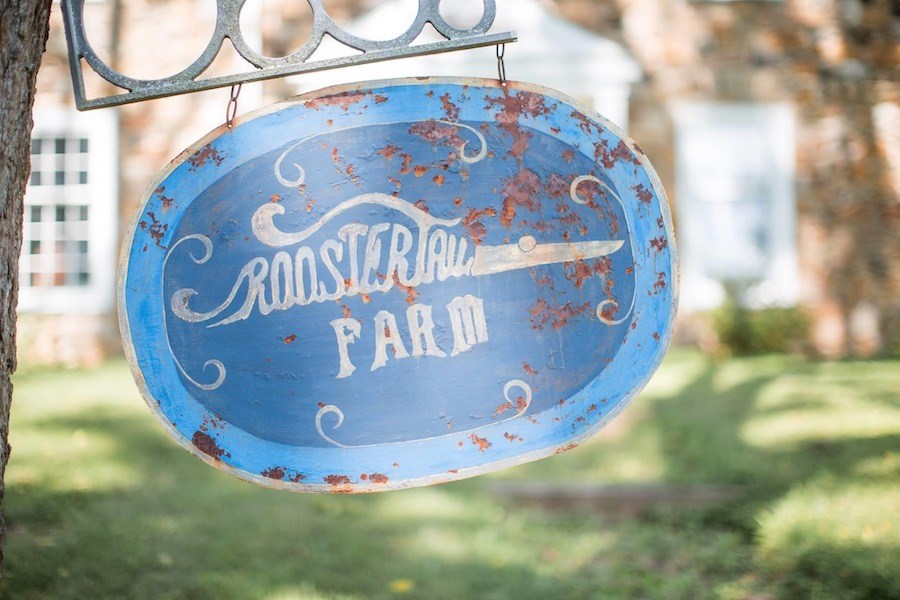 (David Bosacco, who bought this farm in 1984, loved to race powerboats. The farm gets its current name, “Roostertail Farm,” from the term for the plume of water a racing boat leaves in its wake.)

The 10 acres of land that come with this house include that pond and a Pennsylvania champion white ash tree that sits between it and Darlington Road. 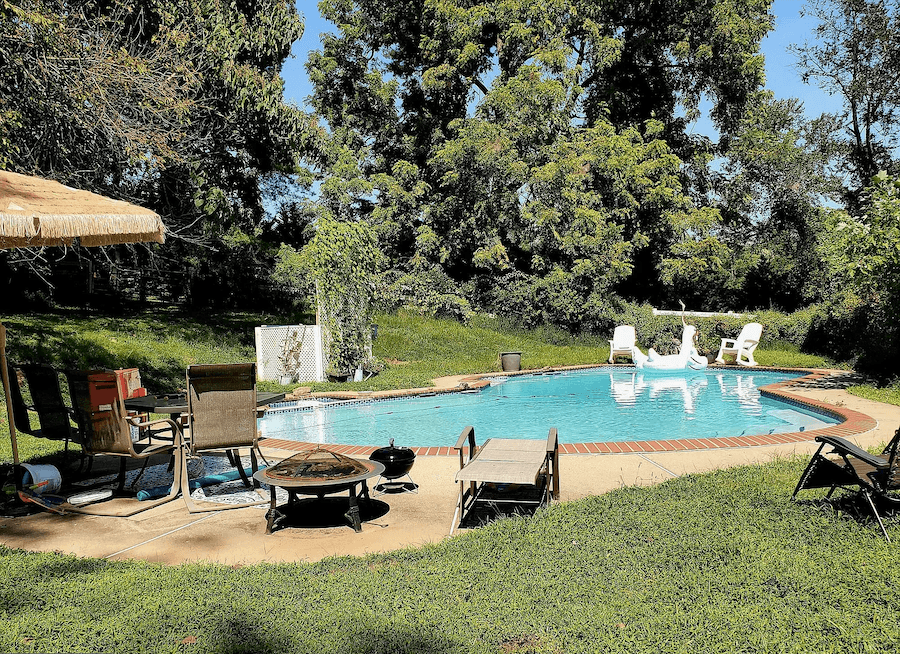 You’ll also find a pool behind the house on this lot. 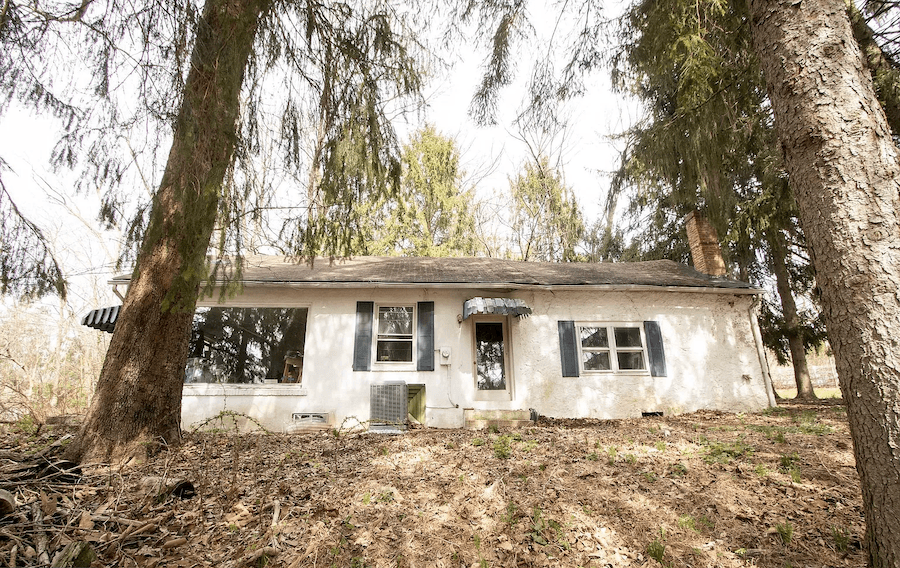 And next to it on the other side of the driveway is a midcentury cottage that could be used as a studio, workshop or guest quarters. In its cellar you will find a winemaking room as well. It’s in decent shape but could use some sprucing up.

If you’re looking to be one with nature, this is a great place to do it. Bird lovers will appreciate the mallards and herons who make the pond home from time to time, and snapper turtles also live around it.

And although this property seems far from civilization, you will be well connected to it when you want to be. The Promenade at Granite Run is a short drive from here, and Media’s lively Main Street, State Street, is just a mile or so further beyond. Finally, sometime later this year or early next, you will be able to head to nearby Wawa Regional Rail station to catch SEPTA trains into the city.

OTHER STUFF: In addition to garage parking for three cars, this house also has a whole-house backup generator for when the power goes out. And it will come with some very friendly neighbors: Its owners, who are retaining five of this farm’s 15 acres — a far cry from the 100-plus it had when the Darlingtons owned it — along with their two residences.

*Worth noting in passing given the ownership history of this house: Wawa Inc.’s current director of store operations is John Sharpless, who has worked with Roostertail Farm’s near neighbor since 1996. We do not know if he is a descendant of that first John Sharpless, but the possibility of that connection is strong.