A place built for healing has become a building designed for living - an apartment community where the accent is on community. 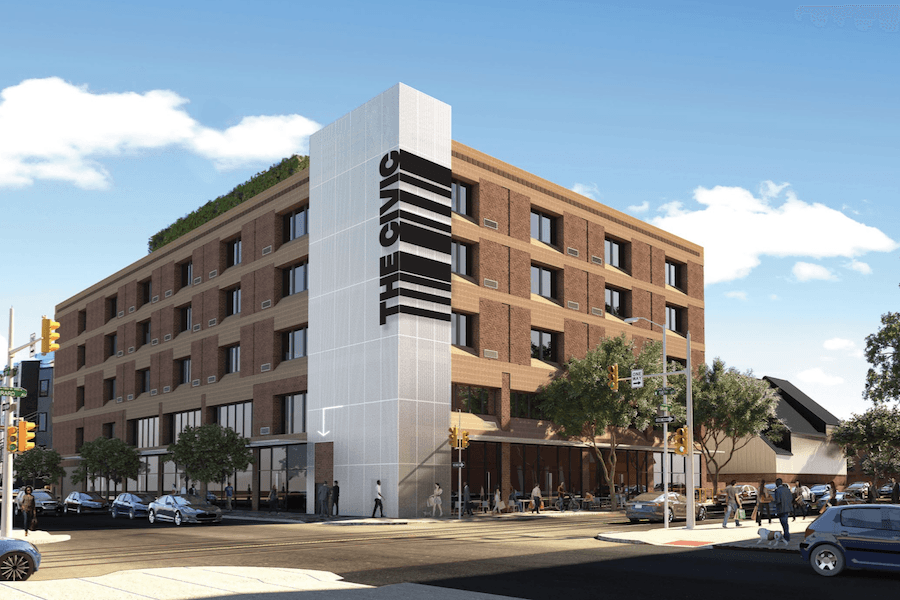 From the time it opened in 1983 until its closing two years ago, St. Joseph’s Hospital and the prep school of the same name across the street from it were anchors in a struggling North Philadelphia neighborhood.

“Struggling” has ceased to be a term people use to describe the neighborhood around St. Joseph’s. Francisville, on whose northern edge the hospital building sits, has exploded with new housing construction, and in its wake, neighborhood amenities have begun to return to its main drag, Ridge Avenue.

Now MM Partners has taken the shuttered hospital and transformed it into both Francisville’s newest amenity and its newest rental apartment building.

As you read this, the developer is putting the finishing touches on The Civic, a new mixed-use project that has turned the old hospital into a facility that combines apartments with street-level retail.

Construction crews were still at work on the common spaces when we toured the building last month. Model apartments, however, are all complete, and the non-model units nearly so. MM Partners Managing Partner David Waxman says the building will welcome its first tenants Sept. 1st.

Waxman says that MM chose “Civic” as the name for the building because it is designed to promote sociability and neighborliness among both its residents and the building’s surrounding community. The inspiration from the name came from Theodore Roosevelt’s famous 1910 speech “Citizenship in a Republic,” cross-pollinated with this building’s past as a civic institution. And, he notes, the former hospital was ideally suited for transformation into such a place. 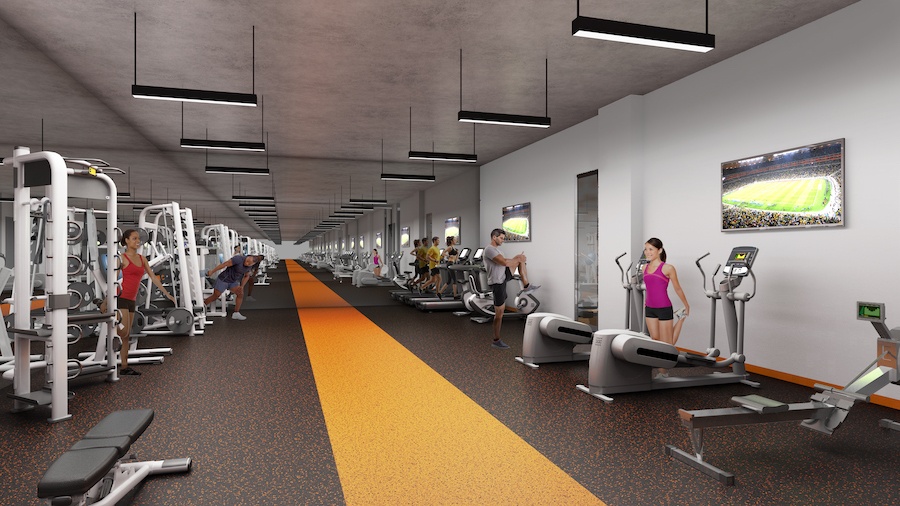 The large interior spaces on the building’s upper floors have been turned into study and TV lounges, game rooms, a fitness center, a yoga studio and a golf simulator, among other functions. The apartments themselves occupy what had been the patient rooms along the building’s perimeter.

Some of the decisions that may have ultimately doomed the hospital have turned into advantages for the developer. One of them is that it was built to be bigger than it was. “The hospital was supposed to have nine floors, but they ran out of money,” Waxman says. 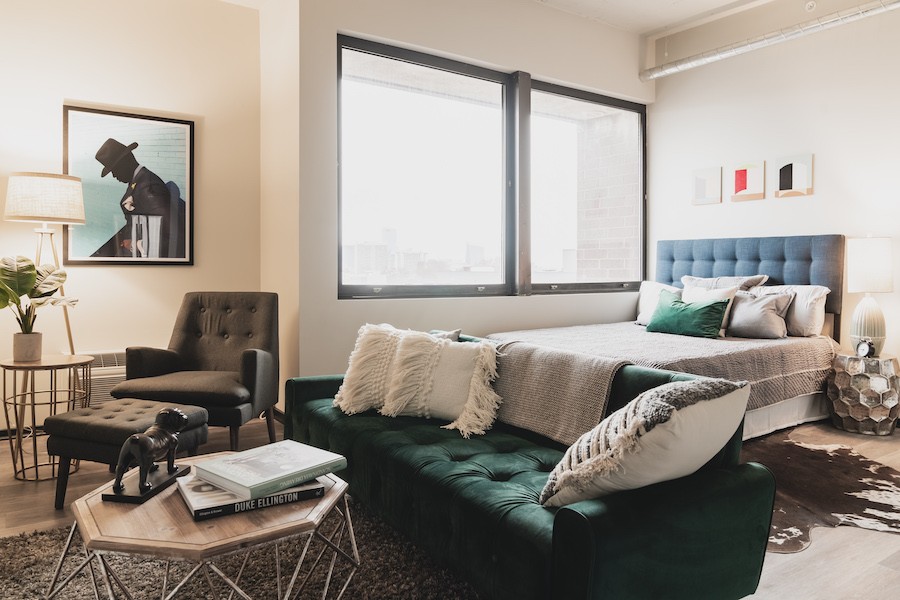 But what that also meant was that MM was able to acquire a solidly built structure whose guts proved ideal for residential use. And some of the original construction techniques give it extra character. 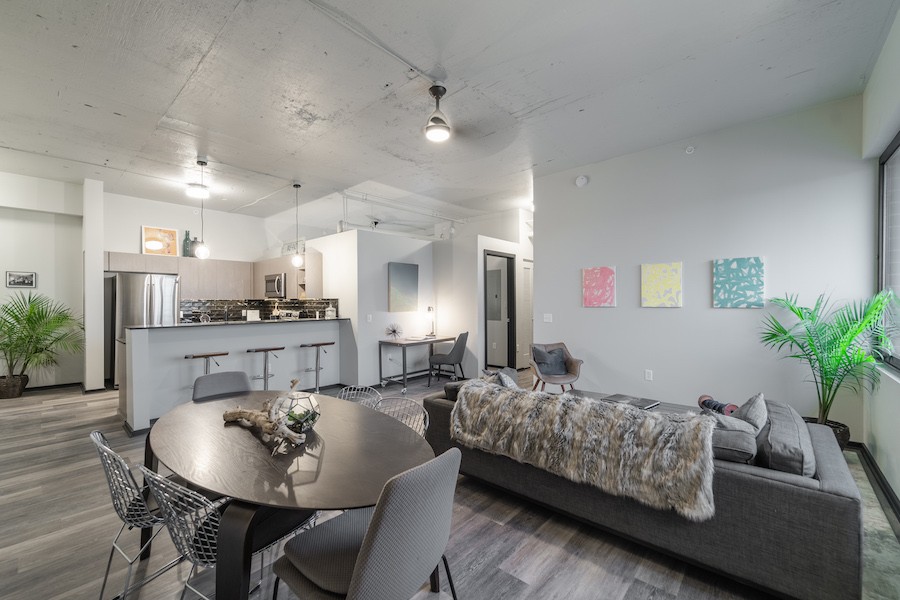 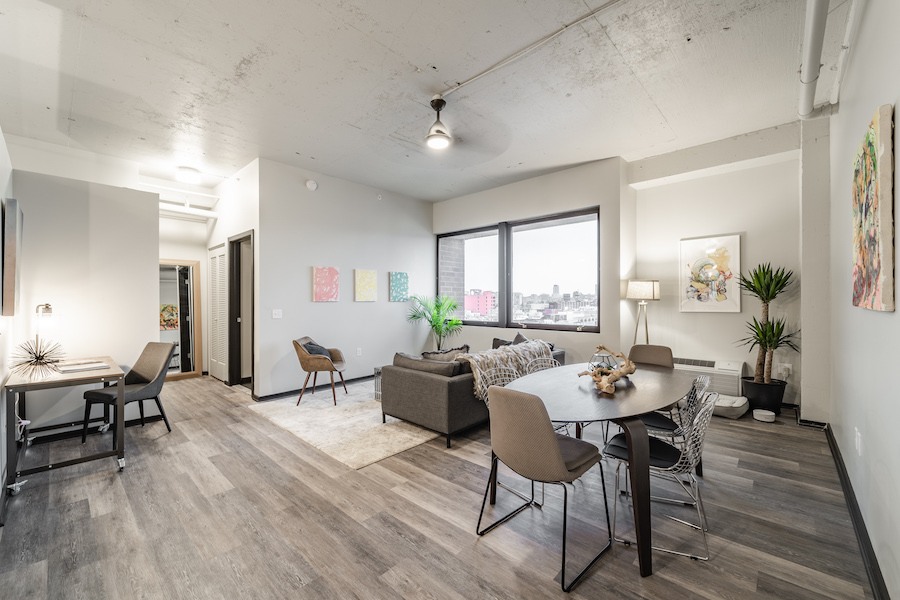 For instance, the reinforced concrete for the floors was poured into raw plywood forms. Marshall Sabatini Architecture, which designed the conversion, chose to leave the rough concrete exposed where it serves as the ceilings of the floors below. The move gives the apartments an industrial-loft feel.

The large windows in the hospital rooms fill the apartments with light as well.

One noteworthy feature of the Civic is its “micro-apartments.” Located on the second floor, these 350-square-foot efficiency apartments are aimed at younger renters, especially those whose work requires them to spend lots of time away from home. Most of The Civic’s community entertainment facilities and function spaces also reside on this floor, providing space for micro-apartment dwellers to relax and socialize with friends, neighbors and guests. 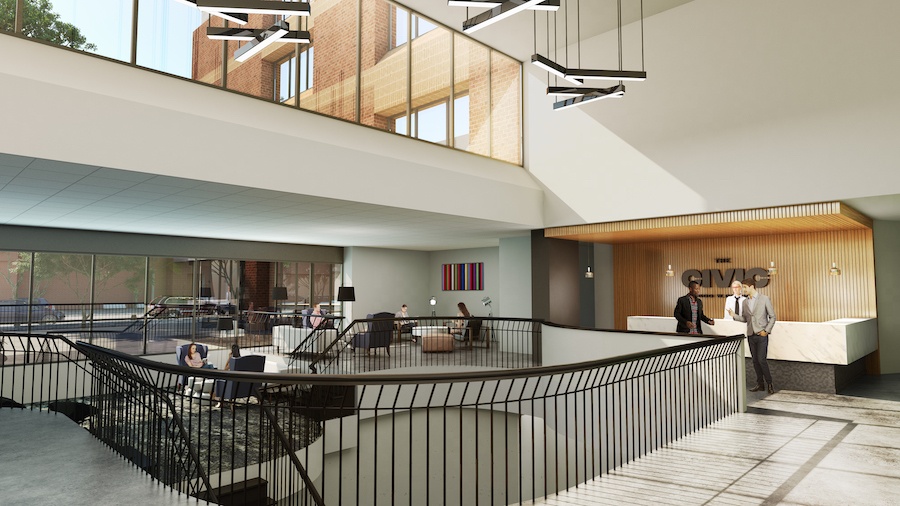 Rendering of The Civic lobby

In addition to the upper-floor common facilities, the lobby features a two-story set of lounges connected by a central stairwell. This lounge forms the core of the central gathering place open to both residents and visitors. Missing from the rendering here is a suspended condor sculpture created for the building by local sculptor and Pennsylvania Academy of the Fine Arts professor Darla Jackson. Her sculpture is one of many artworks curated for the public and common spaces by artist and art consultant Eric Priesendanz working in conjunction with MM Partners.

(The model apartments feature some of these curated artworks as well; you’ll find the artists’ names in the photo captions.)

The commercial spaces will flank the lobby and frame a courtyard next to the building’s Girard Avenue entrance. MM aims to land a restaurant tenant for the high-ceilinged former hospital chapel, a building attached to the lobby’s west end. It has already lined up an office tenant with a retail component for the larger commercial space to the lobby’s east and south. 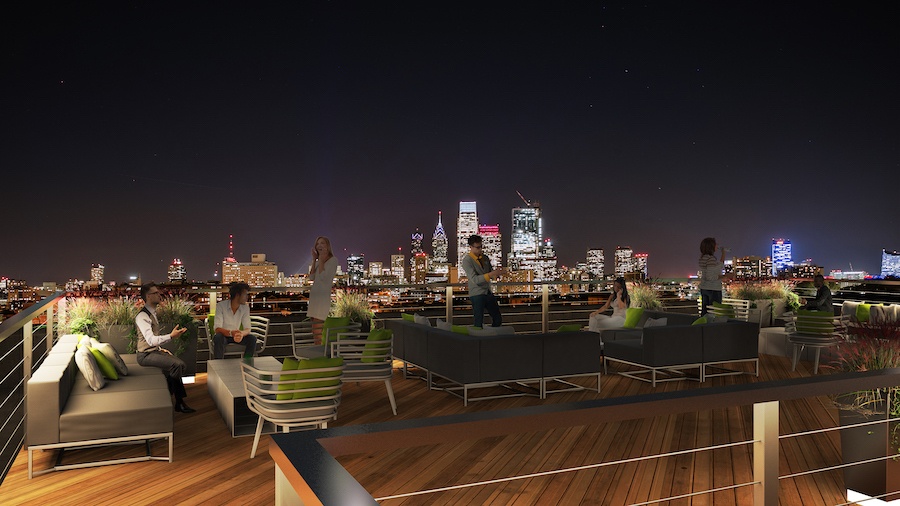 Topping all this off is a huge deck on the building’s roof from which residents and guests can take in panoramic views of Center City.

Because only modest modifications needed to be made to the structure, MM could keep renovation costs down. As a result, these apartments have surprisingly reasonable rents given the level of amenities the building offers.

Sounds pretty civic-minded to me.

The Civic by the Numbers

Number of parking spaces: 51, plus an 11-space exterior bike rack.