The Chester County-based mass customizer has spent 45 years showing that the little guy can play in the big leagues. 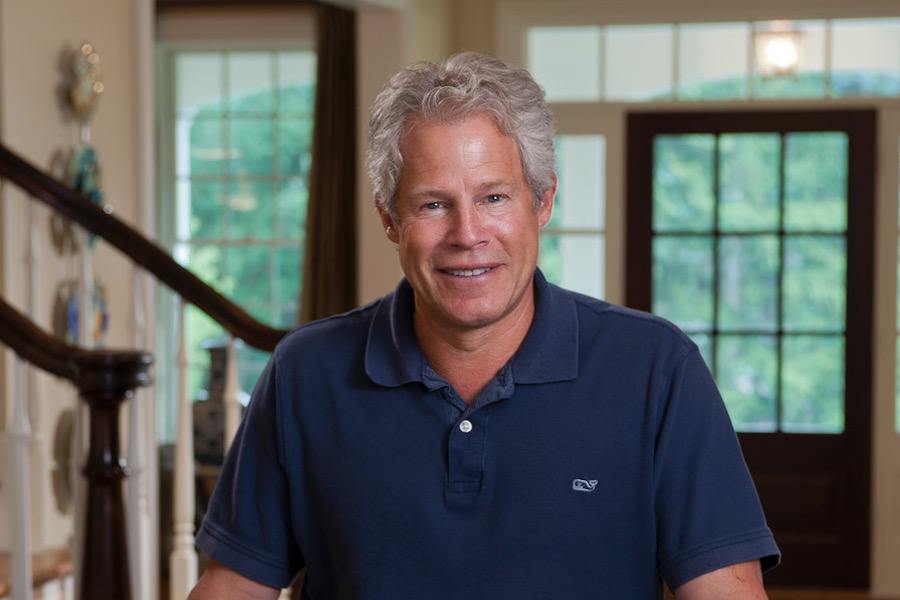 Bentley Homes‘ trajectory somewhat resembles that of the Baby Boom generation its founder Tom Bentley belongs to: He started out building townhouses on the Main Line right around the time his fellow Boomers were abandoning the places where they lived while in college for more comfortable digs in the ‘burbs. Then, as they grew older and more affluent, he started building bigger single-family residences there and in Chester County.

Now that their kids have both flown the coop and opted for a more urbane style of living, he’s back to building townhouses again, increasingly in places where walkability rules. And after 45 years of building nothing but houses, Bentley Homes is now building apartments too.

All the while, though, Bentley and his firm have remained rooted in the soil of Chester County. “I’m from West Chester. I grew up here, and I’ve lived on the Main Line most of my life,” says Bentley.

Likewise, Bentley Homes is solidly rooted in Chester County and the Main Line. Its headquarters are in Paoli, the traditional end of the Main Line, and the first communities Bentley built are all in Main Line or Main Line-adjacent communities: Berwyn, Radnor, Wayne. Malvern, Newtown Square, Valley Forge. Since then, the company has expanded throughout Chester County and adjacent areas. You’ll find Bentley developments from Bryn Mawr to the Brandywine Valley, around Media, West Chester, and Phoenixville, and more recently, in and around Kennett Square.

“We have probably built more new homes around Kennett Square than anyone else,” says Bentley. “But we’ve also built more single-family, million-dollar-plus homes in the Main Line than anybody else.” 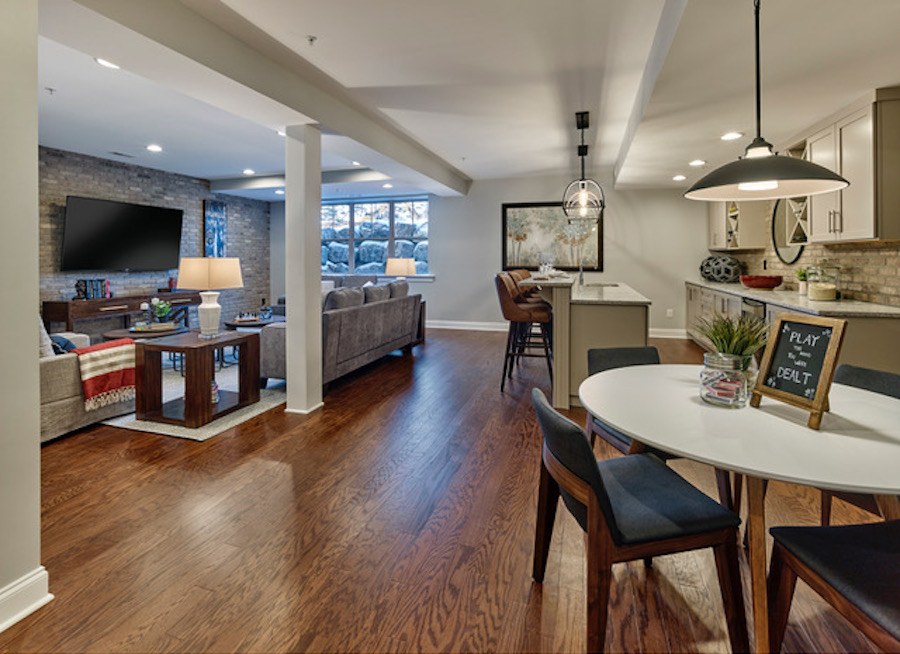 A Boomer builds homes for Millennials — and their parents

Today, however, he’s back to building townhouses primarily. And where the primary buyers of those Main Line homes were fellow Boomers, Bentley aims his newest houses squarely at the Millennial generation.

“For years and years and years, I sold to the Baby Boomers, of which I am one,” he says. “And as they made money — they’re probably the most financially successful generation that ever happened in the United States — they got finer and finer homes.”

And Bentley built those houses on a large scale, in developments of 70 to 80 units or even more. He still builds on that scale now: his Walnut Walk development in East Marlborough Township, just north of Kennett Square Borough, consists of about 80 units as well. But these are all townhouses, and instead of price tags north of $1 million, the houses sell for anywhere from the upper $200,000s to about $500,000.

That’s squarely within the range of most middle- and upper-middle-class Millennial households. But the townhouses also appeal to downsizing Baby Boomers looking for something more urbane now that they’re retired.

Kennett Square, Bentley says, offers them that something. 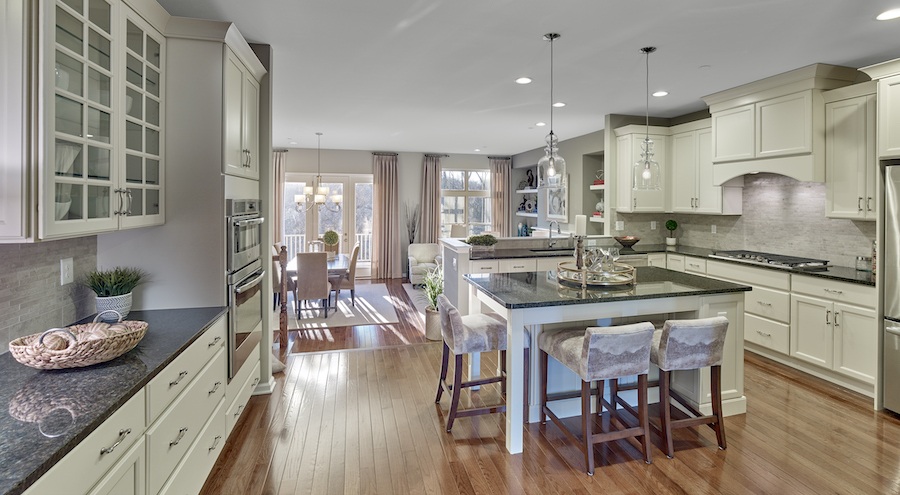 A model home in the Walnut Walk development features a sunken living room.

“It’s the quintessential town. It’s not as big as West Chester, but it’s a great spot to live. They have a lot of events here, and there’s that whole mushroom thing. Kennett’s a cool little town. It’s like a baby West Chester.”

In addition to these developments, Bentley is also currently selling houses in three other communities: a townhouse development in Paoli and two single-family-house subdivisions in Chester Springs and Unionville. And last year, the company completed its first multifamily residential project: Park Square, a joint development with Cornerstone Properties in King of Prussia. 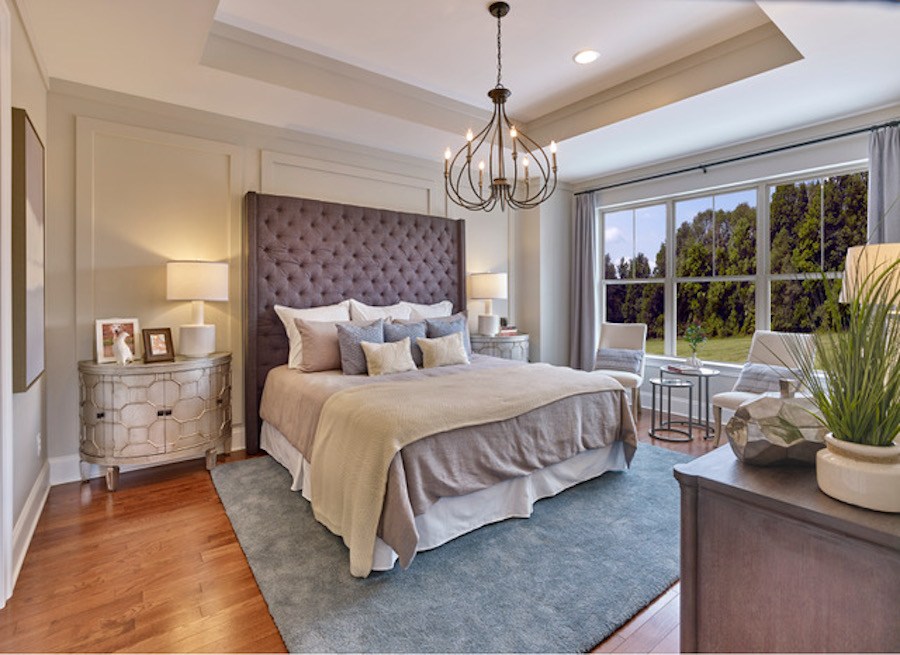 The master bedroom in a Stonehouse model home.

From college to the construction crew

Bentley got his start in the business swinging hammers himself. After dabbling in business and architecture school, he got a summer job as a carpenter out west and joined the Carpenters Union soon after that.

Bentley’s firm occupies a shrinking niche in the market: mid-sized regional developers. Above him are the large, national, publicly-traded builders, the Toll Brothers, Pultes and Ryans of the home building industry. Below him in scale but not in price are the custom builders whose every project is built to a client’s precise specifications.

“All the guys who were doing five or six developments, like me? I knew them all. And they’re all gone. In Chester County, I don’t know anyone else who does what we do,” says Bentley.

A reputation for quality, based on relationships

Bentley attributes his firm’s survival and success to a focus on building high-quality houses that deliver superior value for the money. He can do this because of longstanding relationships he has developed over 45 years in business. “Tom has these great relationships that he’s built over the years with all the people who have worked on all of his developments, so he knows their skill,” says Marianne Harris, vice president for sales and marketing at Bentley. Because of this, she continues, “he can retain the quality craftsmen that create a product like [the Walnut Walk townhouse in which this interview took place].”

He also attributes it to adding a little something extra to the houses he builds that make them stand out from the crowd. It might be things you notice, like a sunken living room or a 10-foot-high ceiling, or things you don’t, like using two-by-six studs for walls instead of the standard two-by-fours.

“We basically take a box that is boring and make it interesting,” he says. “And you won’t see any public builders building anything like this. Why? Because it costs money.”

And, of course, Bentley Homes’ survival also stems from its CEO’s ability to understand where the market was headed and adapt to changing times and tastes. The Boomers who bought his 8,000-square-foot million-dollar houses in sprawling subdivisions are joining their Millennial children in flocking to smaller houses in more walkable communities. And many of them are also looking for low-maintenance lifestyles, something that’s easier to get with a townhouse. So Bentley is once again giving his fellow Boomers what they want as well as providing affordable, quality housing for a new generation of homeowners — and now renters as well.