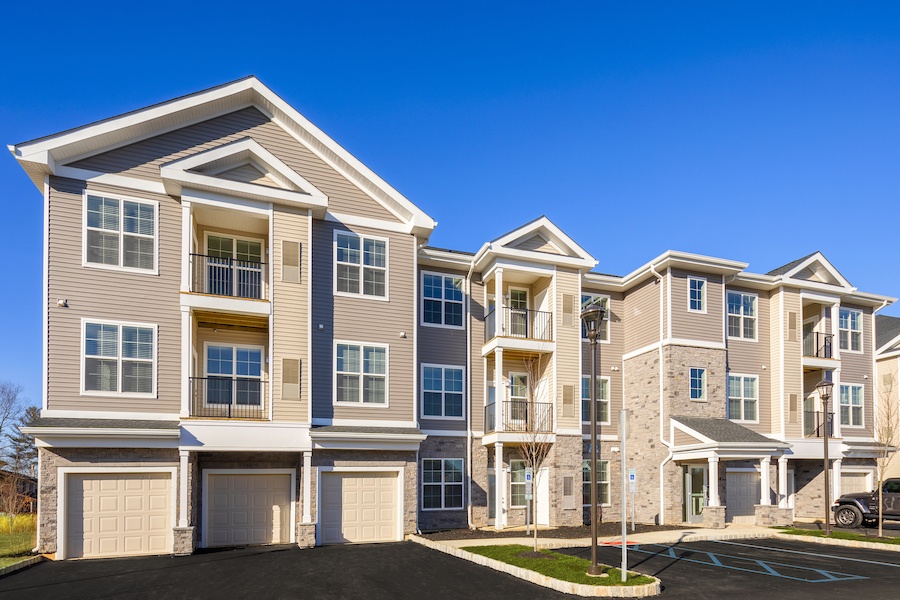 Jefferson Mount Laurel, Jefferson Apartment Group’s newest Philadelphia-area community, may not have a grand old Victorian mansion for its clubhouse.

But, says JAG Senior Vice President and Development Partner Drew Chapman, what it does have is a level of luxury that’s new to the South Jersey rental market: “We offer our residents a number of things other communities in New Jersey haven’t offered.”

Those things include amenities now standard in upscale apartment communities on the Pennsylvania side of the Delaware, including Jefferson’s own Maybrook apartment complex in Wynnewood. That’s the one that was built around the historic Maybrook mansion, built in 1881 as the summer home of liquor magnate and developer Henry C. Gibson.

The 7,100-square-foot Jefferson Mount Laurel clubhouse will be new from the ground up — it’s rising as you read this — and what it may lack in history and originality (no 60-foot-long, 50-foot-high ballroom here) it makes up for in quality and variety of amenities. 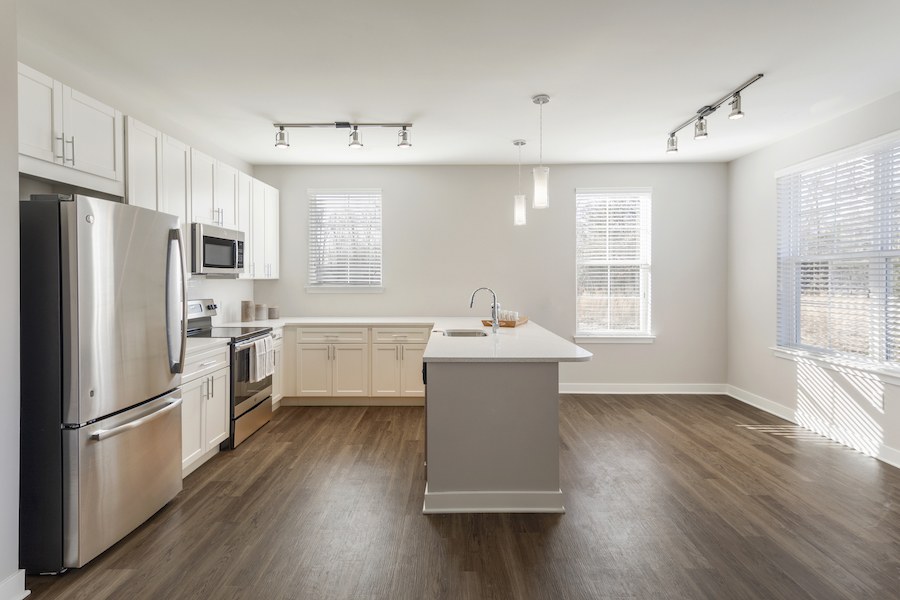 The interior of one of the finished units

Those include a residents’ lounge with shuffleboard, foosball and billiard tables and a double-sided fireplace, a media lounge, an up-to-the-minute fitness center and a business center. Outdoor amenities include a resort-style swimming pool, a sports court, a putting green, an outdoor living room with fire pit, grills and a movie screen, a courtyard with fountain and lawn games, a pet spa and two dog parks (one for large dogs, another for small ones), a playground for the kids, garden plots and more than a mile of walking trails. The parking lot includes electric vehicle charging stations to boot.

When complete, the complex will have 490 apartments in 21 three-story buildings with controlled access. Most will also have elevators. As of now, 70 units have been completed, with more coming on line as work progresses over the course of this year. 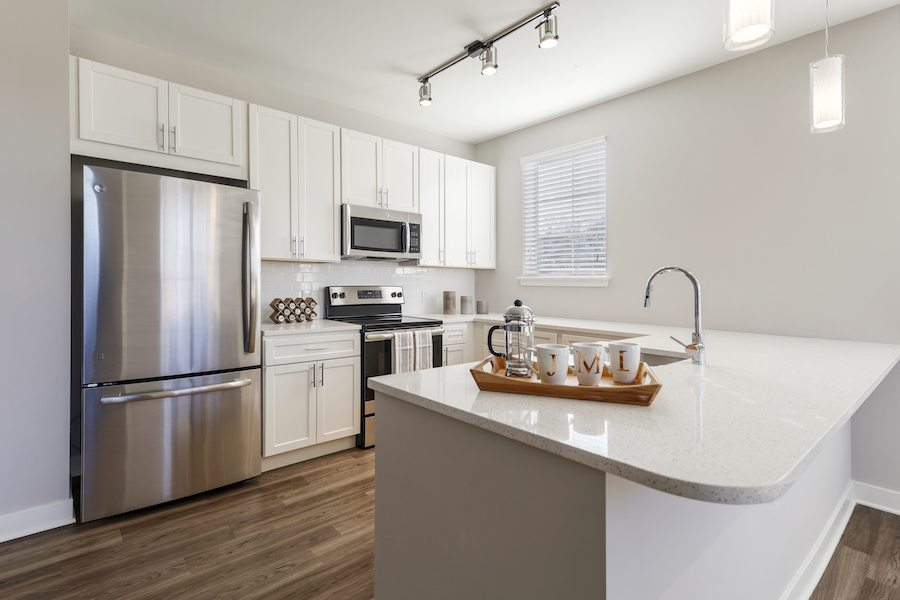 Closeup of the apartment kitchen

Chapman says “the response has been fantastic” to the first units. He also sees plenty of opportunity to provide more apartment communities like this one in Jersey: “There aren’t a lot of Class A apartments there, not as many as in the city or the Pennsylvania suburbs.”

In addition to the Mount Laurel and Maybrook communities, McLean, Va.-based Jefferson is developing a third garden apartment community in Exton called Parkview at Oaklands. It entered the Philadelphia market with the Jefferson Pointe complex in West Chester, which it completed in 2012 and sold in 2014. This entire complex should be finished by the start of 2020.

Jefferson Mount Laurel by the Numbers