These Are the 10 Most Expensive Homes in Germantown

Half of these properties are looking for landlords more than they are resident owners. Most of the others, however, have been recently renovated and make very good buys. 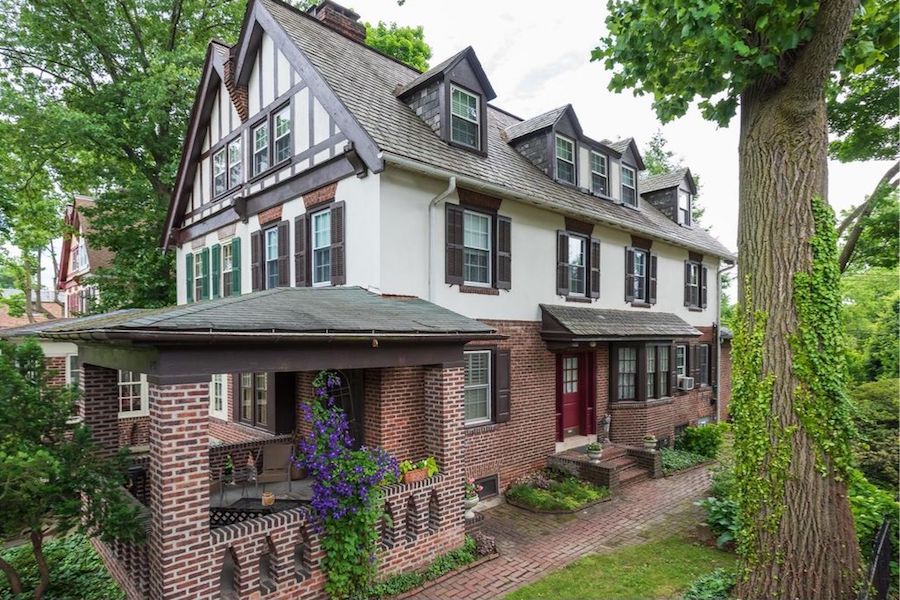 At $314,900, 478 W. Manheim St. comes in third from the bottom on our list of ten most expensive Germantown homes. But the beautifully maintained Tudor twin near Fernhill Park places first on the charm scale. | Bright MLS photo via RE/MAX Ready

Believe it or not, you can actually spend $2.5 million to buy a house in Germantown.

You would end up owning a lovely Tudor Revival mansion that’s been carved up into five apartments plus a second, newer building next to it that contains one more apartment and 13 offices.

Just call this one more outlier in a neighborhood that has an affinity for them. Eclectic, funky Germantown has a ways to go before becoming “hot,” and a lot of its residents would prefer it never got there. But signs of renewal abound all over it, including at least four of the five actual single-family houses on this list. All four have been recently renovated; all of them look great on the inside, and one of them oozes charm on the outside too (it’s pictured above).

And because this neighborhood has yet to get hot, most of these homes offer outstanding value as well. That includes the other three properties being marketed primarily as investments and the one that’s being pitched both as an investment and as a potential single-family reconversion.

According to Constantine Valhouli, director of research for NeighborhoodX, that statistical outlier is actually the best value in per-square-foot terms.

“The most expensive property on an asking price basis — 143 W. Walnut Lane, asking $2.5 million — is actually one of the most affordable properties on a price-per-square-foot basis, at just $110 per square foot,” he says.

The most affordable property in square-foot terms is also the most affordable overall: 5337 Wayne Ave., another house that’s been turned into apartments near Wayne Junction station. It clocks in at a mere $91 per square foot and an asking price of $299,900.

But even the priciest in square-foot terms — 121 W. Price St., another new rehab that’s also the smallest home on this list — is still a relatively reasonable $255 per square foot.

All of the ownership properties lie to Germantown Avenue’s west, but one of the investment homes lies east of it. Like at least two of the others, it’s also suitable for conversion back into a large single-family residence; according to its listing, it became a five-unit apartment building illegally. But its tenants are happy with their units and have no plans to move anywhere soon, so you might not want to upset the applecart once you buy it.

Whether you’re looking to become a homeowner or a landlord, there are choice homes aplenty in Germantown. And you’ll have loads of history and some of the most interesting people you will ever meet for neighbors.