Headlines: Early Plans Revealed for Mega Project Next to the Divine Lorraine

Plus: Renderings of the project and more! Original: RAL Companies out of New York is starting to make a buzz around the development scene in Philadelphia. In May, the group was selected by the Delaware River Waterfront Corporation as one of the three finalists to redevelop the Festival Pier site at Columbus Boulevard and Spring Garden Street. Now, RAL’s Robert and Spencer Levine spoke with PlanPhilly’s Jared Brey about the much-whispered-about development adjacent to the Divine Lorraine at 1300 Fairmount.

Here’s the gist of the plans, which a rep tells us are “still very prelimenary” at this point:

Those discussions have led, so far, to plans for two apartment towers and a supermarket on Ridge Avenue. Preliminary site plans—the Levines stressed that the proposal is in flux—also show a small group of townhomes at the corner of 13th and Wallace streets, to be built in a future phase of construction.

At this point, the plans include approximately 480 apartments with 580 parking spaces, shared between the residents and the supermarket customers. The project would reach a maximum height of 221 feet on the western tower, and contain 83,000 square feet of retail space. The apartments would be placed above the parking structure on the fifth floor, and the developers plan to claim a floor-area bonus for open space on the site. The complex will have 168 bicycle parking spaces.

To learn more about how the towers will interact with the architectural gem that is the Divine Lorraine (and more), hit up Brey’s piece over at PlanPhilly. For a look at those “prelimenary” designs, check out the gallery after the jump. 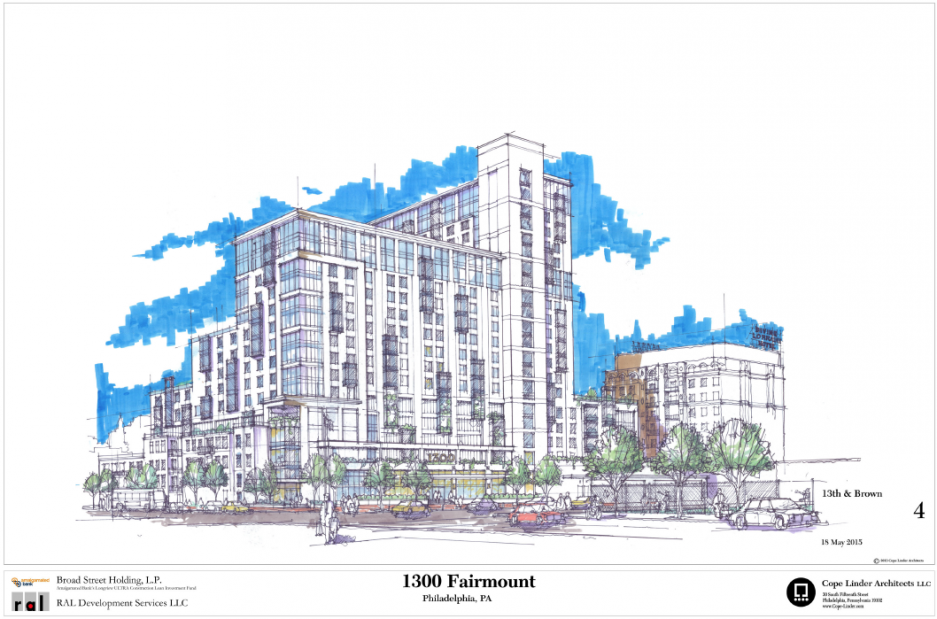 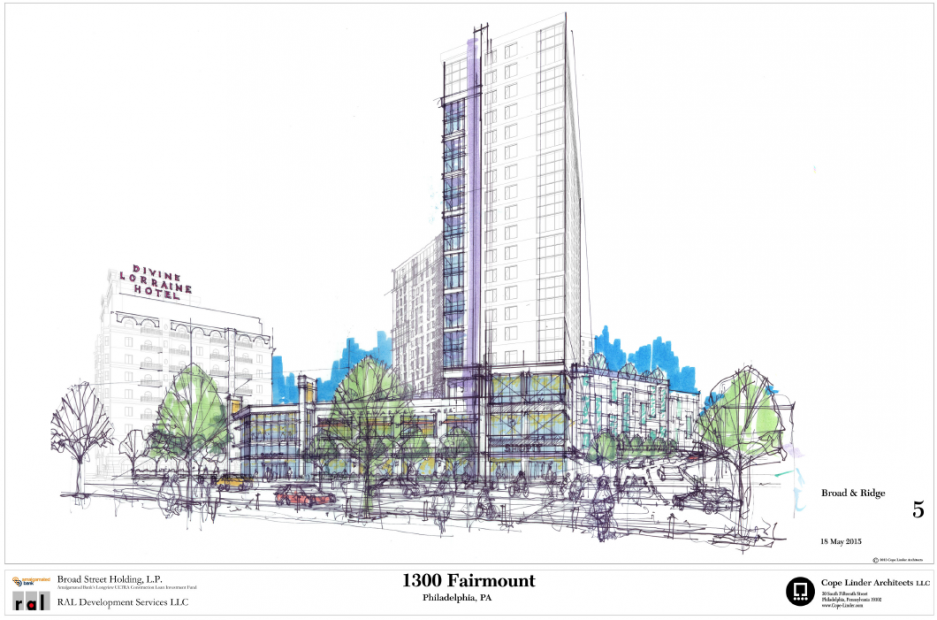 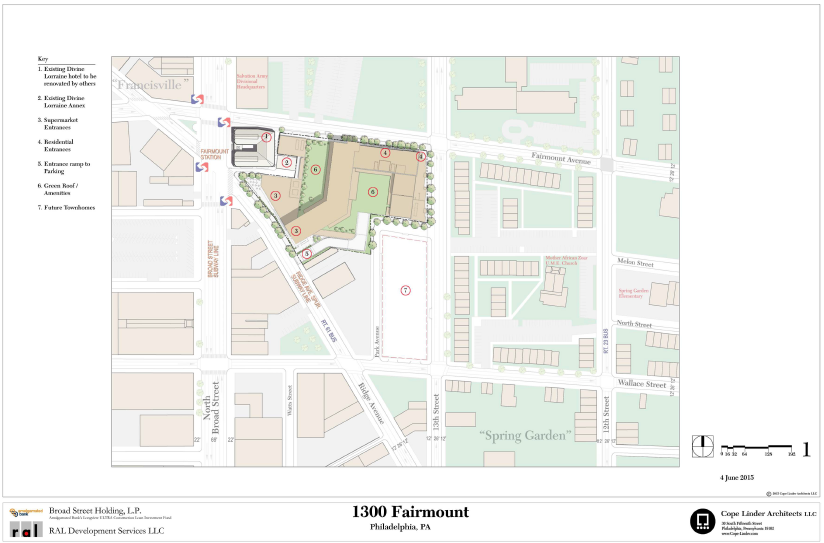 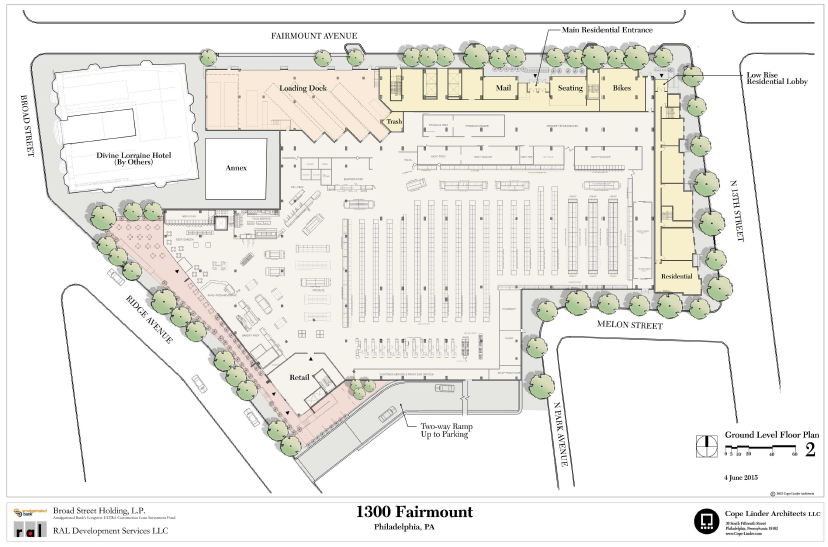 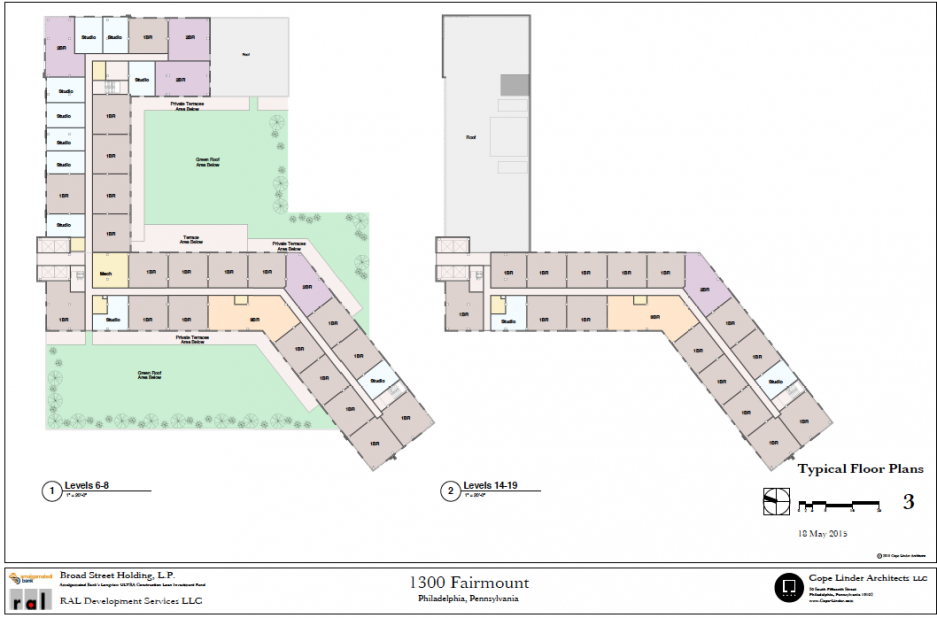