One of its bedrooms can be split into two. “It’s a home with distinctive charm,” the current owner starts saying after we ask him what his favorite part about it is. Indeed, distinctive seems like the right word for it considering the property started out as three separate trinity homes (which are pretty neat in and of themselves) and appears to have remained as such for several years.

Built in the 1850s, the homes were remodeled into the single large residence we see today sometime during the mid 20th-century. It’s included on the city’s Register of Historic Places and has been fortunate enough to have had preservation-friendly individuals for its last two owners (present one included).  “We purchased this home from the man who was the director of the Pennsylvania Historical Society,” its current owner tells us.

Among its historical highlights are two original wood burning fireplaces that are warming up their respective rooms to this day (i.e. they still work). The floors, which the owner says had been carpeted when he and his wife moved in, are now restored hardwoods. But the one aspect he says is his favorite part of the the house? Try its sunlight-generous spaces:

“We love eating outside on the patio and we like the fact that there’ so much sunlight [unlike] so many houses in Philadelphia.”

For the record, that patio has tile flooring that was added when they started doing various updates to the house over the years. “It’s quite well maintained,” he adds. Other details of note include a master bedroom on the second level, another bedroom on the same floor that’s being used as a study, and two more bedrooms on the third level. The larger of the latter two can be split into two, making for a potential five-bedroom abode. 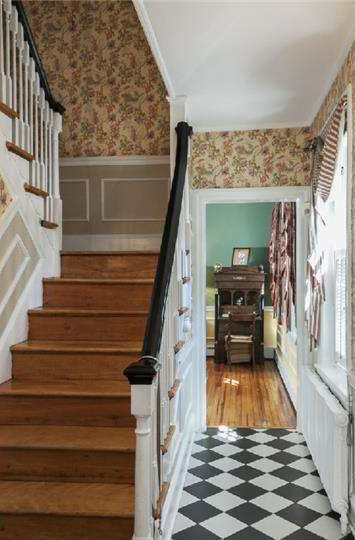 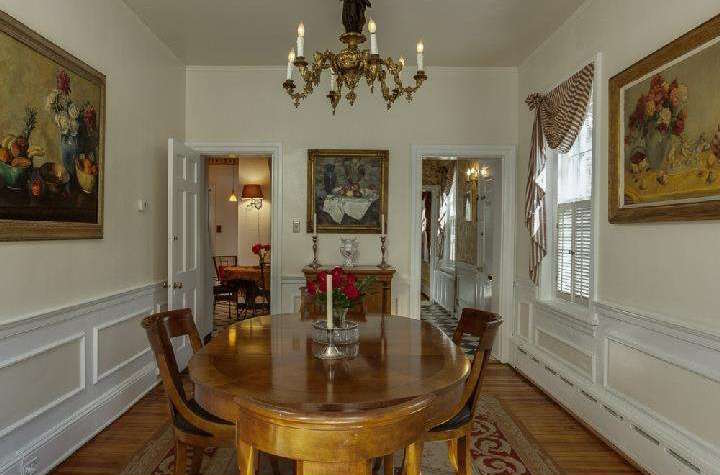 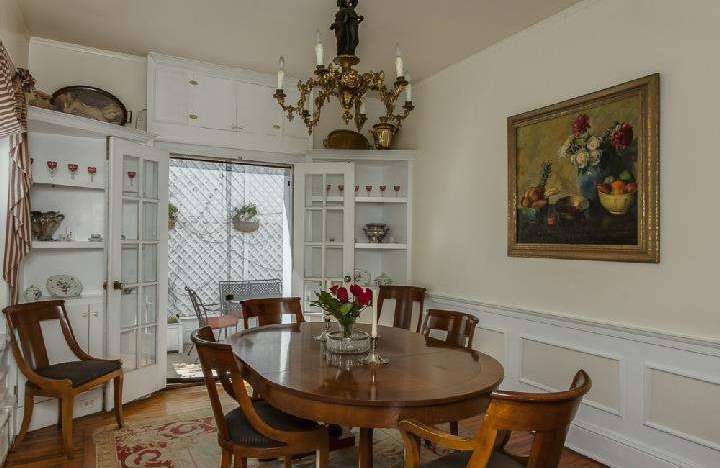 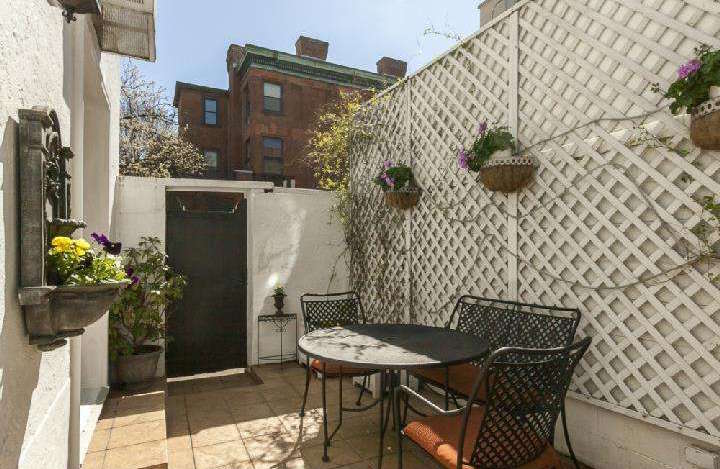 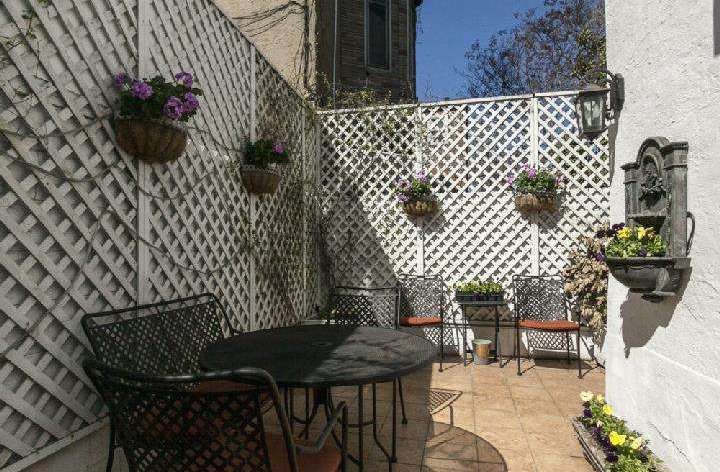 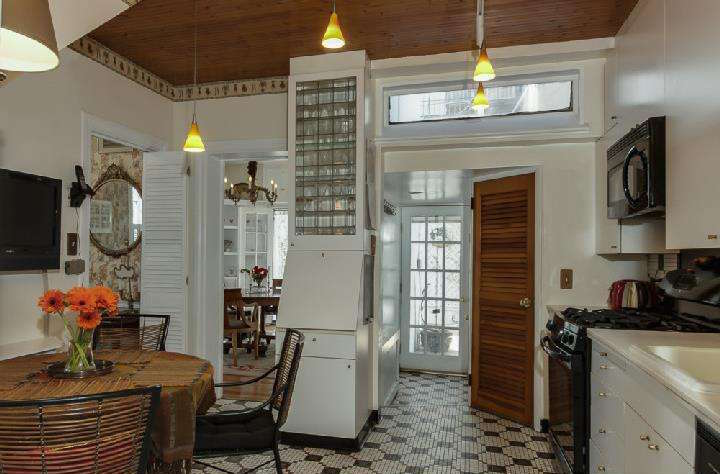 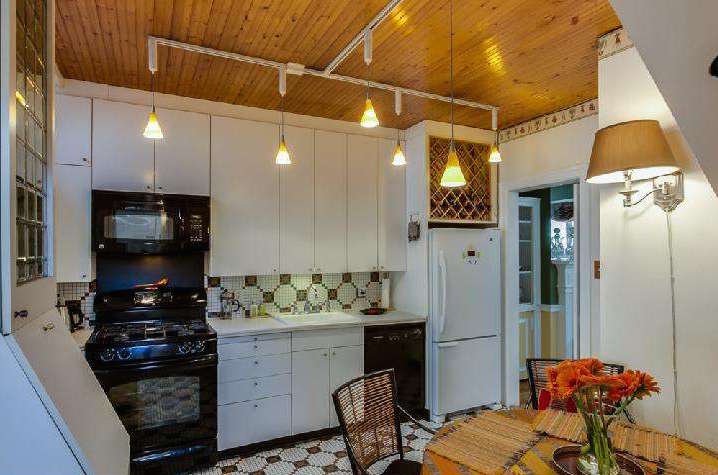 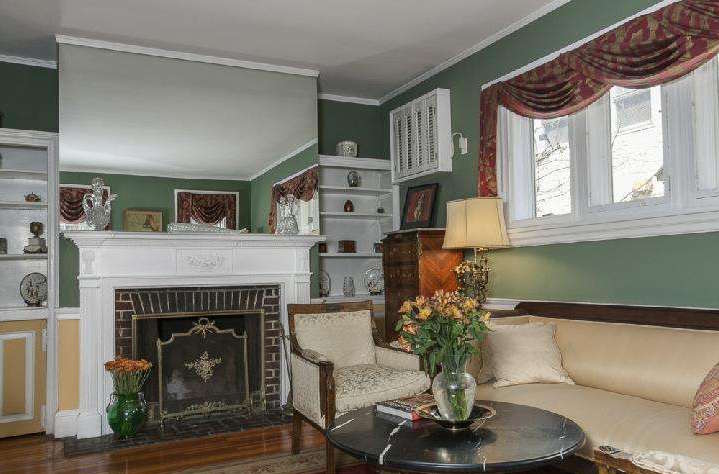 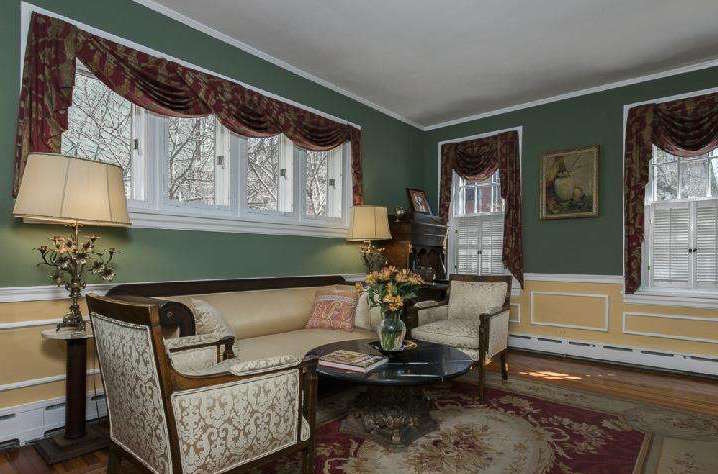 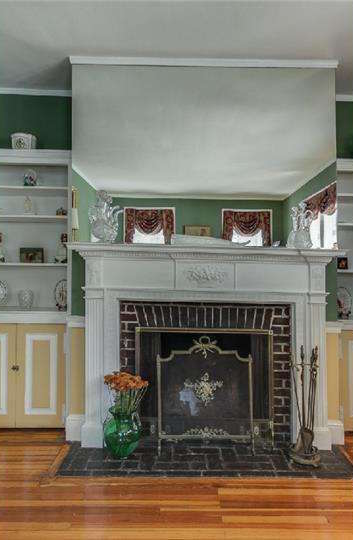 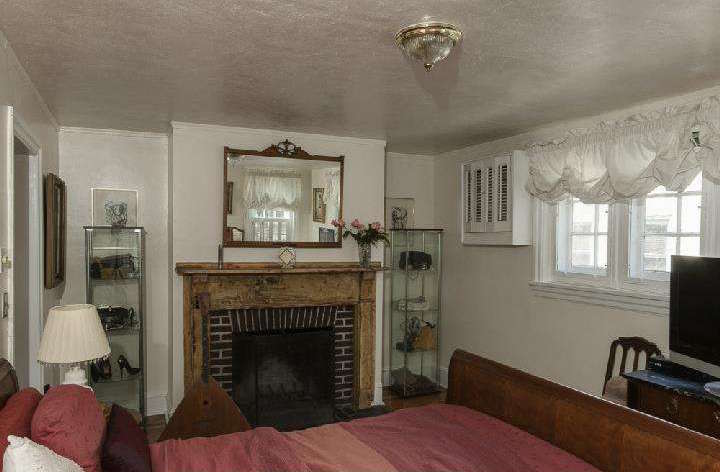 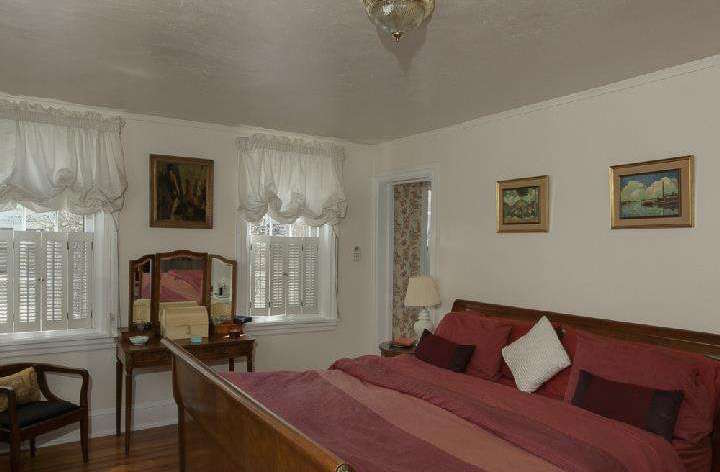 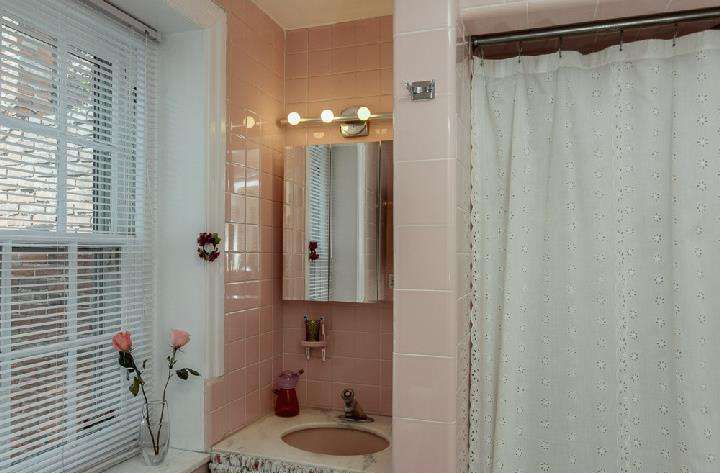 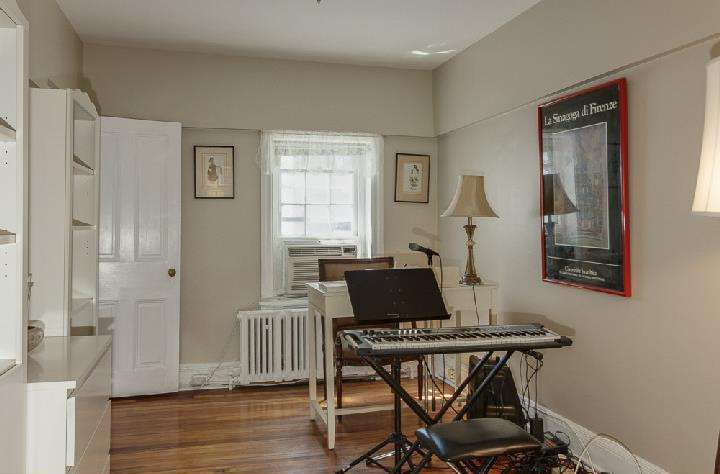 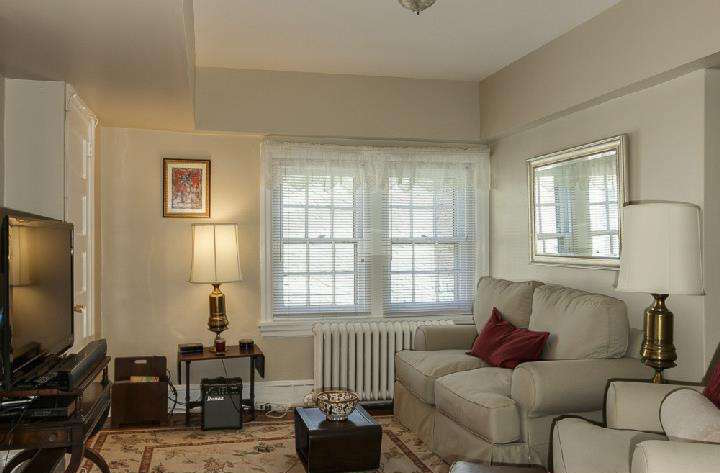 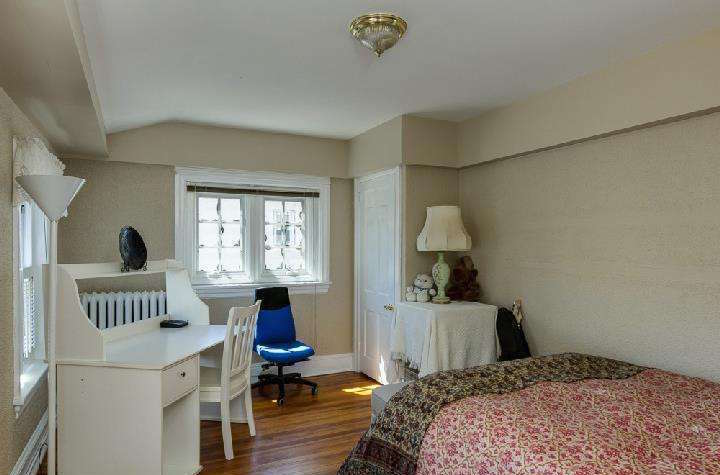 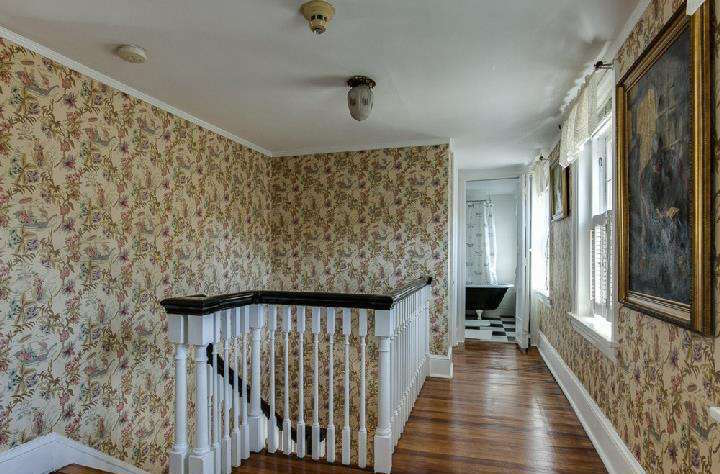 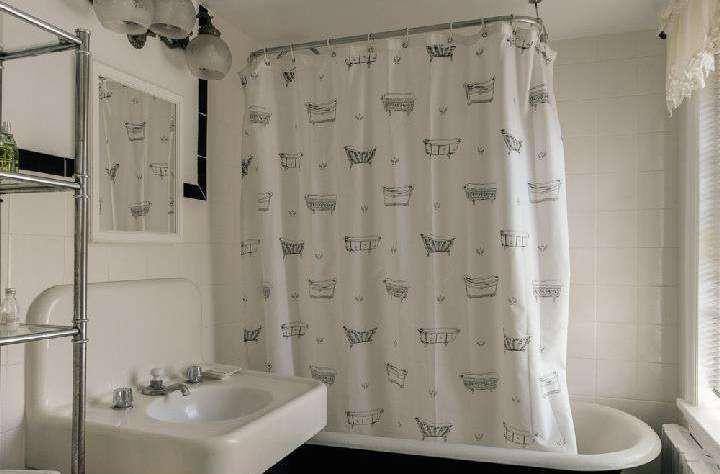 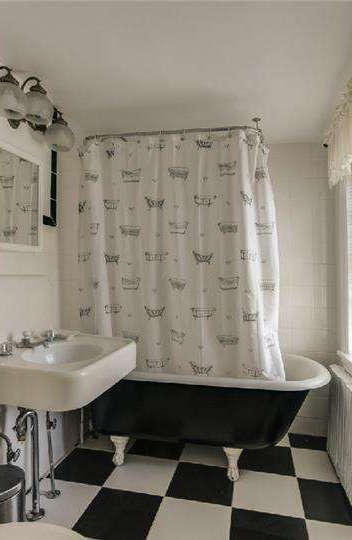 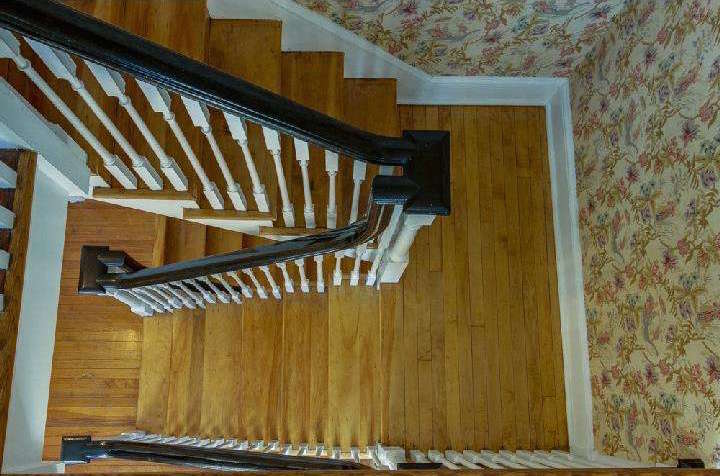 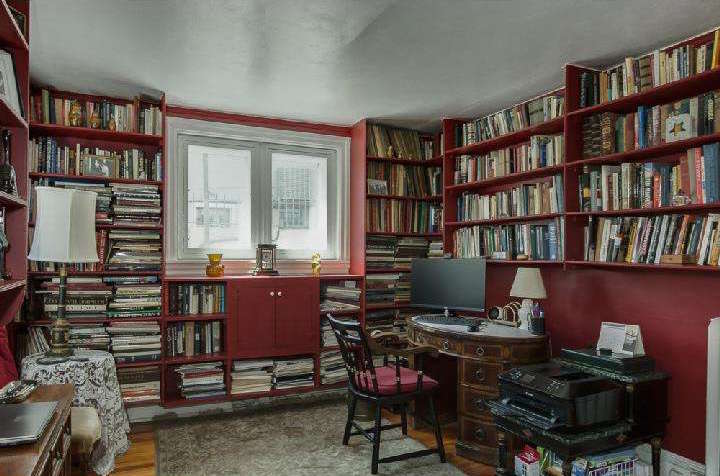 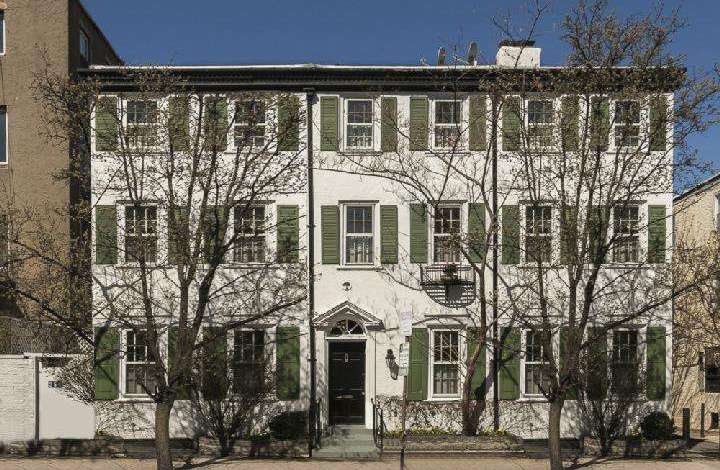 All photos by Drew Callaghan Photography.