Because everyone should consider living in a home that's unique to Philadelphia. We recently did a roundup of the best houses we’ve featured this year, but a keen eye might have noticed one type of home missing: the trinity house.

For those of you scratching your heads, a trinity is a three-level home with one room per floor. Obscure little blogs that haven’t been updated since the late aughts will tell you the trinity style got its start in Philadelphia in the late 18th / early 19th centuries. As such, they tend to be considered “unique to Philadelphia.”

Given the compactness of these homes, bedrooms are usually restricted to no more than two, meaning they might favor a certain kind of demographic, as Liz Spikol once noted when writing about an adorable trinity for rent in Old City:

Many Philadelphians are intrigued by the trinity, but buying one is such a commitment: It means, basically, that you’ll never have children. I’ve known more than one person who’s purchased a trinity while single and then had to sell once they met someone with whom they might procreate.

For some of us, that’s no problem. (I recently confessed to anyone that would listen that my life’s goal is to live in a trinity house with five puppies.) But even if living out your days in a distinctive home that was around before the Civil War (as one on this roundup was) is not something you’d consider, it’s nice to be aware of the quirkier parts of historical Philadelphia.

Our Favorite Trinities of 2014 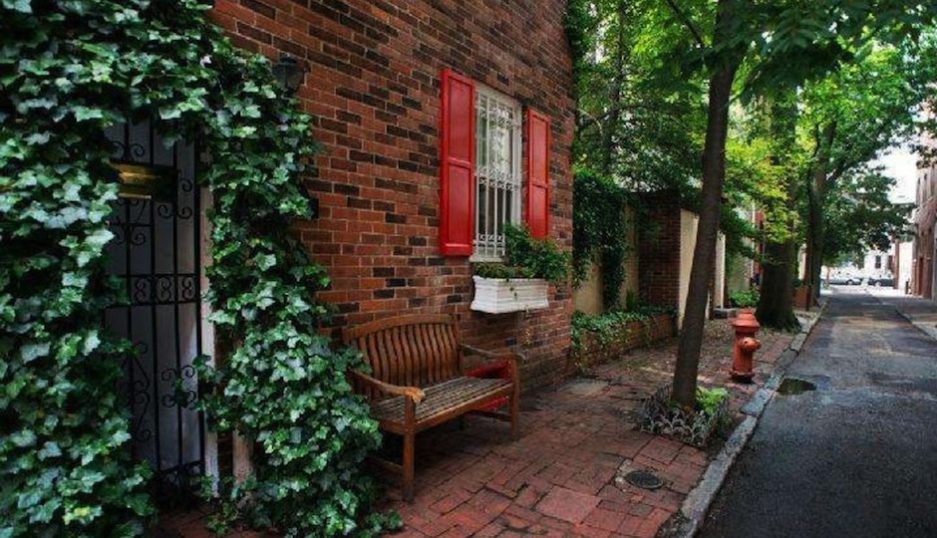 This unforgettable vine-covered trinity between Fitler and Rittenhouse Squares had hardwood floors and an all-house sound system, but we’re guessing the new owners were also happy to learn that furniture was included in the sale.

TREND photo via the Atacan Group. 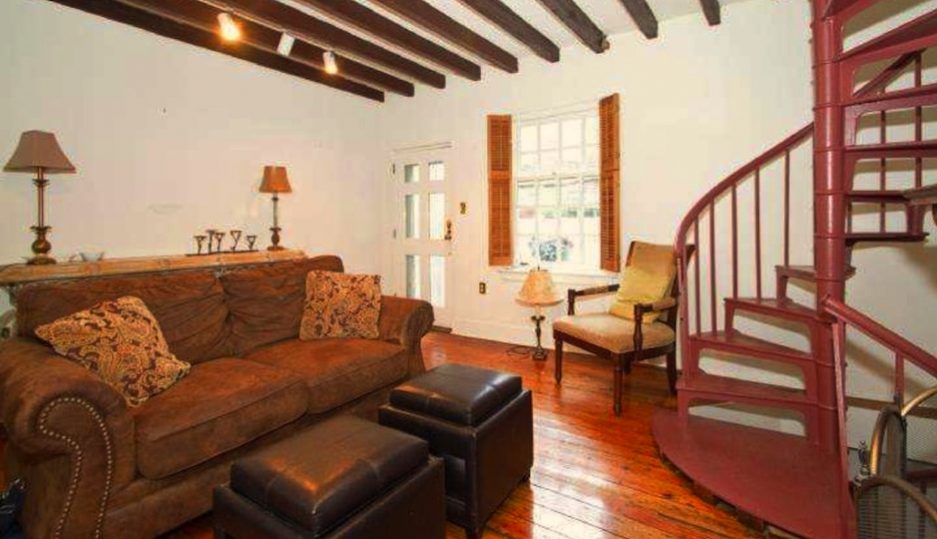 A trinity classic, this was one of the coziest two-bedrooms we’ve encountered in awhile. Now that it’s winter—and the snug home is still in search for an owner to stoke the wood burning fireplace—why not swing by to see if it’s a fit? The open house will be held Sunday, December 28 at 12:00pm. 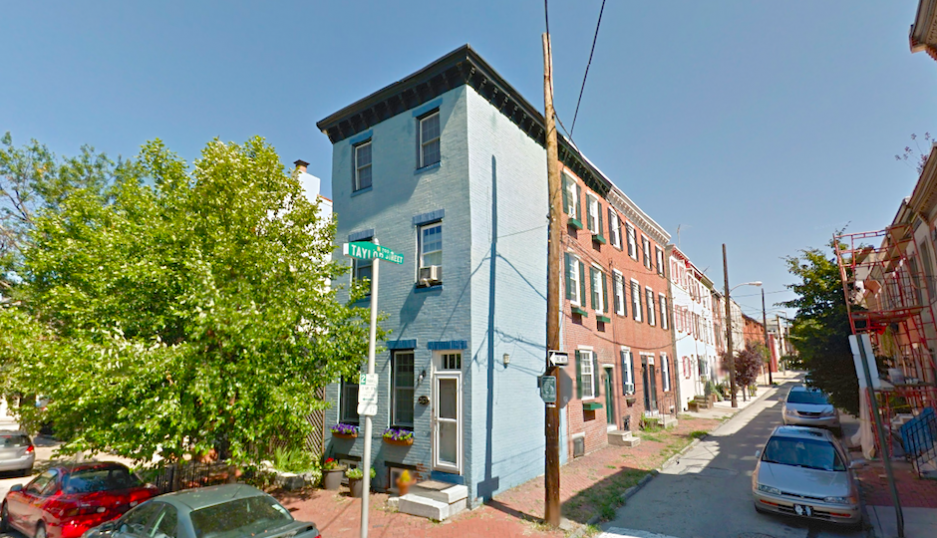 Status: Not sold, but delisted in late October.

Despite David Lynch living here some decades ago, this pretty blue Fairmount townhouse has no trouble living outside the shadow of its former owner. Here are just a few of its finer points: heart pine floors, remote-controlled ceiling fans, alfresco dining, and outdoor built-in irrigation for garden beds. Wonder why it was taken off the market so quickly... 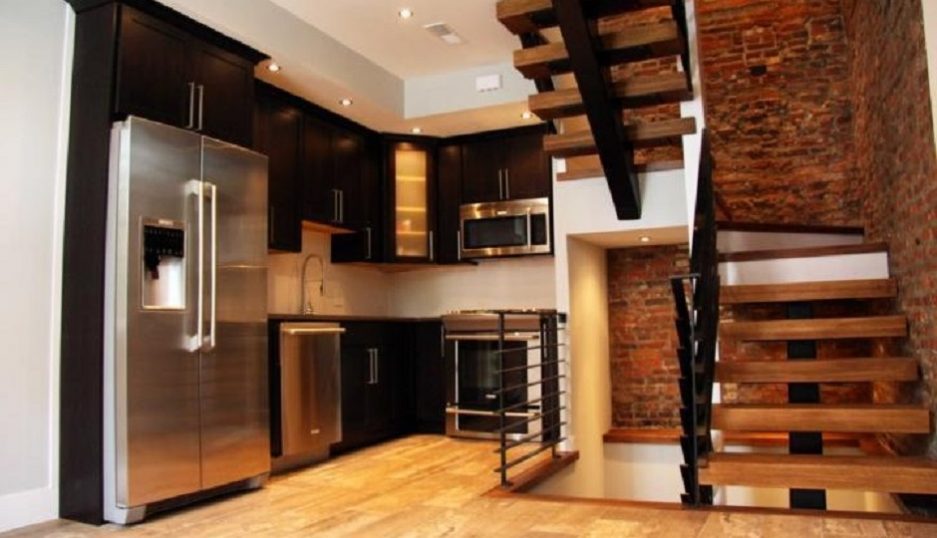 Philadelphia’s trinity houses are known—heck, loved—for their historical pedigree. However, this home decided to go a different route with a top-to-bottom interior renovation. Distinctly contemporary details include a floating staircase, radiant heat flooring, and a kitchen with stainless steel appliances and granite countertops. 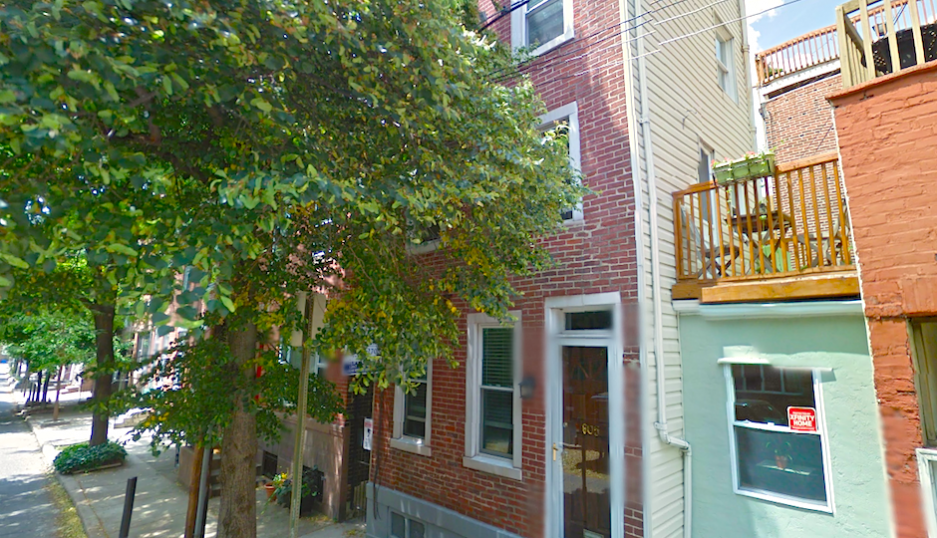 They say doing your work—even if that’s paperwork—outside is good for you. Lucky for you, this trinity has a second floor office with a deck, meaning getting your fix of fresh air while working from home would be a cinch! 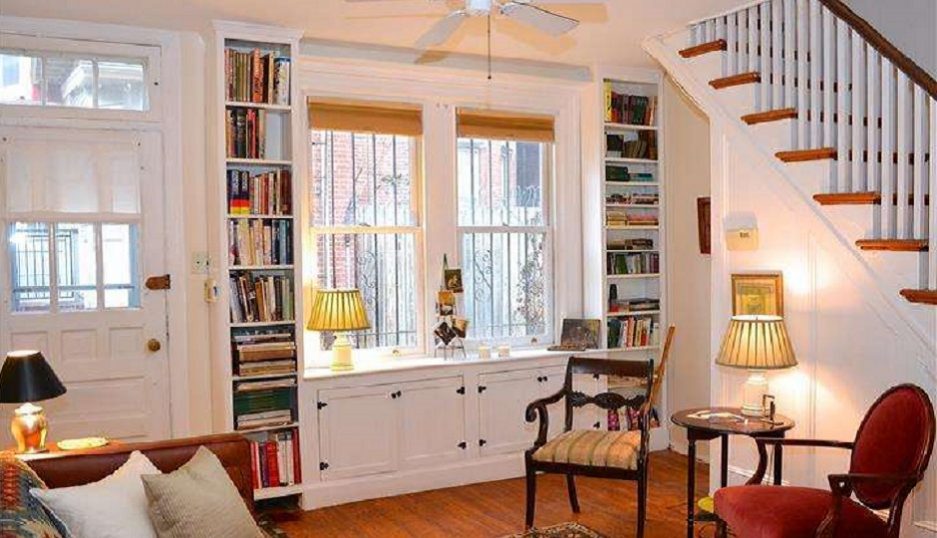 We’re going to let you in on a little secret: this might be our favorite of the list. It’s a quintessential one-bedroom, one-bathroom trinity with a bookcase that takes up an entire wall. Add to that a sweet bedroom deck and we were hooked. (Too bad it sold in February.) 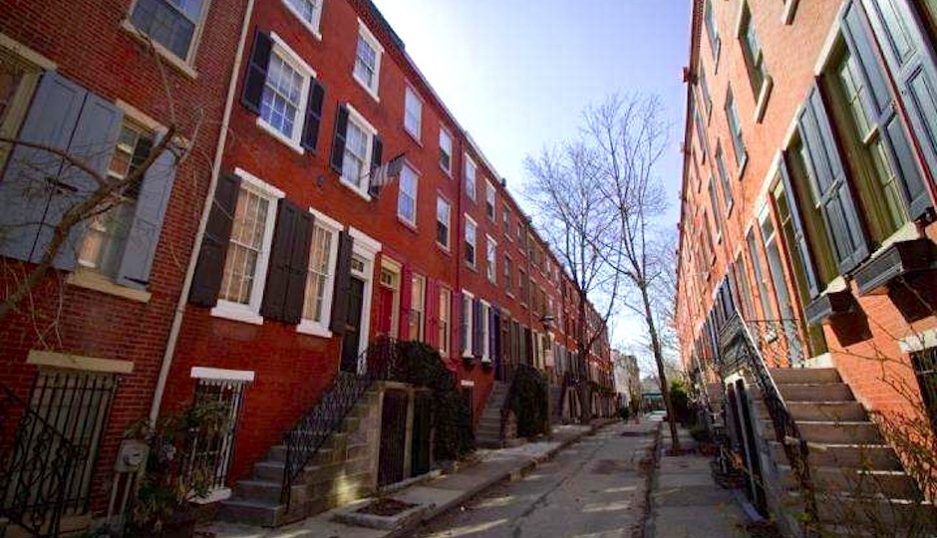 A golden oldie in picturesque Ringgold Place (a sect of Philly row homes included on the National Register of Historic Places), this red brick townhouse was built sometime around the Civil War. Inside, pine floors, wood burning fireplace, and other older design notes found a balance with more modern updates. 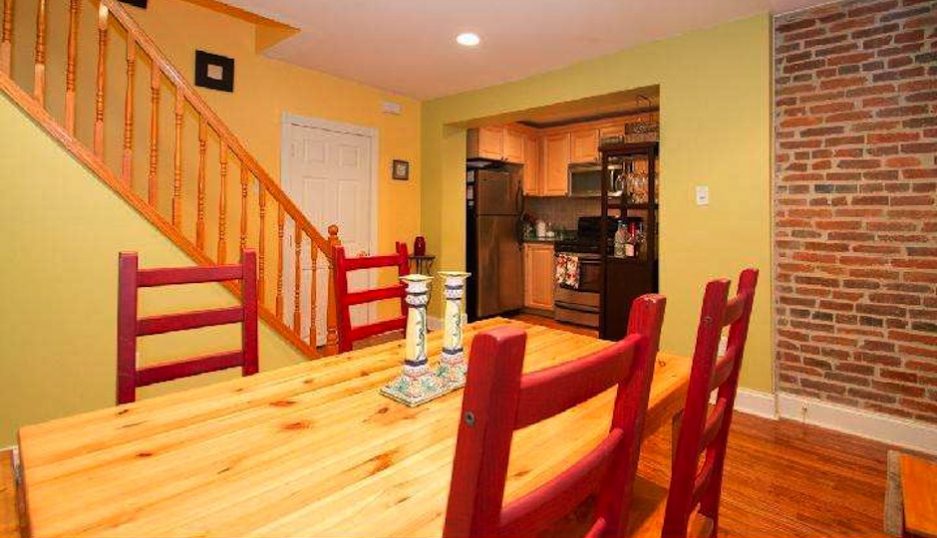 Coming in a 768 square feet is this South Philly home that’s been on the market for some time. Like most trinities, it has hardwood floors throughout and the only bedroom is on the top floor. Other features of note include a newly refurbished kitchen, recessed lighting, and a deck.