See the gallery of your future, Philadelphia. A detail of life as we will soon know it.

For a Philadelphia space that was established by William Penn as the center of the city, Dilworth Plaza’s new incarnation — at least as seen in renderings — has always seemed rather futuristic. And in advance of today’s press conference (more about that here), the Center City District, which has a 30-year lease on the space, heralded the project’s more forward-leaning aspects, such as the “11,600-square-foot computer-programmable fountain fed with recycled rainwater.”

But it’s all happening (as Penny Lane would say), and it’s happening now. Lest you think the rainwater business is the equivalent of realtor-speak (“rainforest shower” for a completely normal bathroom), this emphasis on sustainability is important to all involved. Nutter has said, from the beginning of his mayoralty, that he was going to focus on making Philly a green city; and the project’s design and construction firms — KieranTimberlake, OLIN, Urban Engineers, Gilbane Building Company and Daniel J. Keating Company — all have experience and commitment to sustainable design and/or building.

That’s partly the reason the name is changing: from Dilworth Plaza to Dilworth Park, to emphasize things like its tree groves and flower beds, and perhaps to encourage residents to see it as green space. (Some of the greenest elements of it won’t be done until October, though, including, according to CCD, the lawns and walkways to South Penn Square.)

There was a time in Philly when big projects like these inspired self-defeating snark from city bloggers, but I think those days are gone. At least they are for me. I’ve been proven wrong too many times. Just one park-related example: When Clark Park was renovated, I said the chairs there would be stolen if they weren’t nailed down. That didn’t turn out to be the case. Those flimsy little Euro-style things that hurt my butt remain there, which I continue to marvel at. (Now I think they should put pillows on them for those of us with bony butts, but that’s another matter.) And then there are these four words to defeat the frowns of any skeptic: Spruce Street Harbor Park. I mean, we’re talking hammocks, people. Hammocks.

So far, I’ve seen no evidence that the CCD can’t do what they say they’re going to — ever. To the contrary, in fact. When Paul Levy says, at the press conference, that this park will have the same level of cleanliness, programming, maintenance and attention as their most recent project, Sister Cities Park — which pretty much everyone loves — I believe him. As Joel Mathis writes:

Center City District, he said, will maintain a heavy presence on the site, cleaning and power-washing constantly through the daylight hours, providing easy-to-access customer service representatives, and employing widespread video surveillance to ensure the public’s safety.

This place is going to be spotless. Though it seems impossible to imagine Philadelphians happily ice skating in Center City as though they’re starring in Love, Actually or whatever, I believe Levy et al when they say an ice skating rink will open there in the winter.

Do I believe everything will look as pristine as it does in the below renderings, some of which may not be entirely current? Well, no. But then, renderings are always more fun than the real thing. Enjoy. 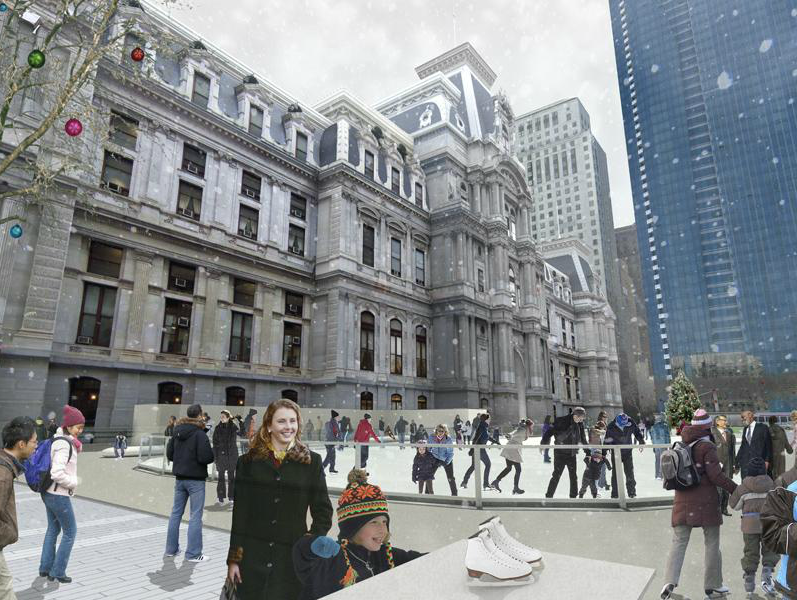 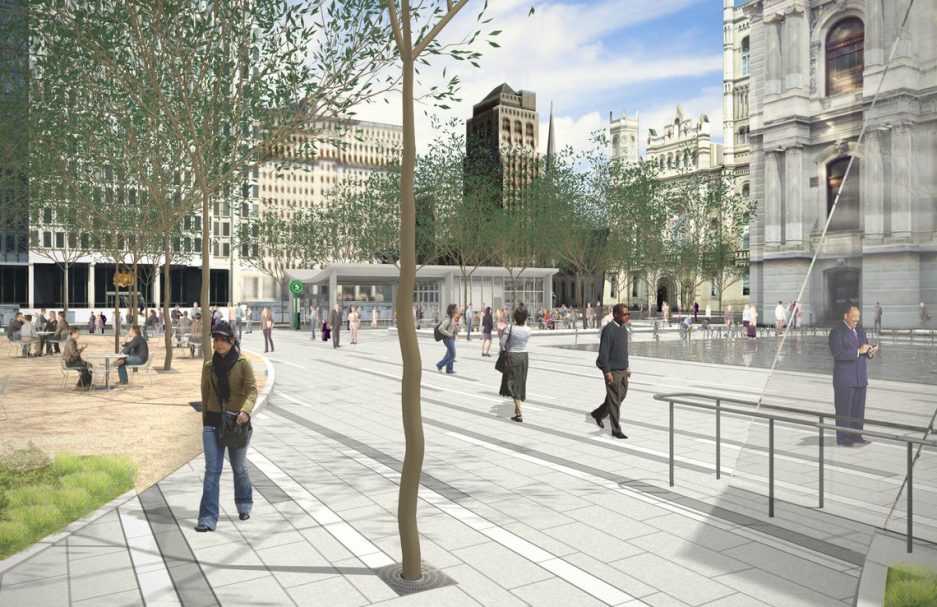 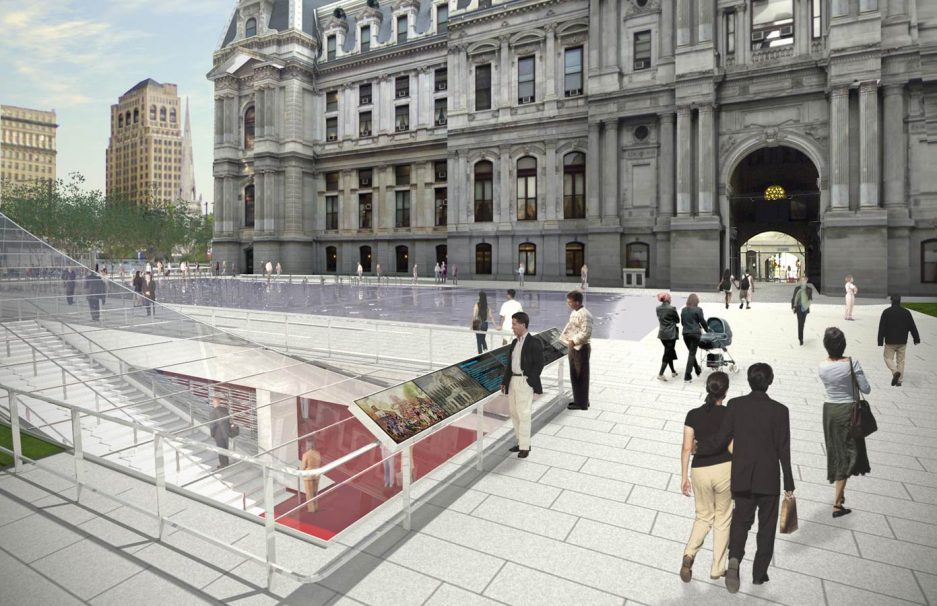 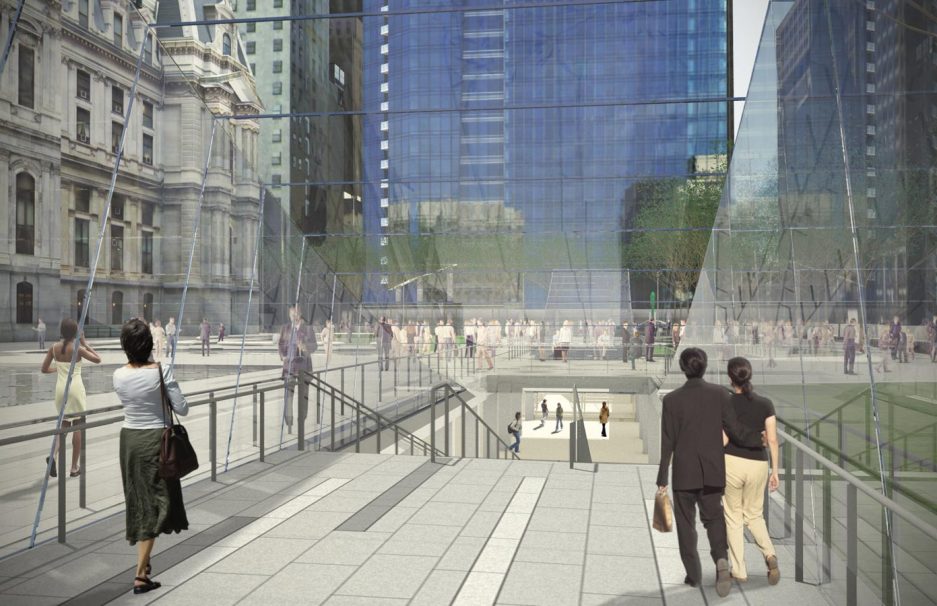 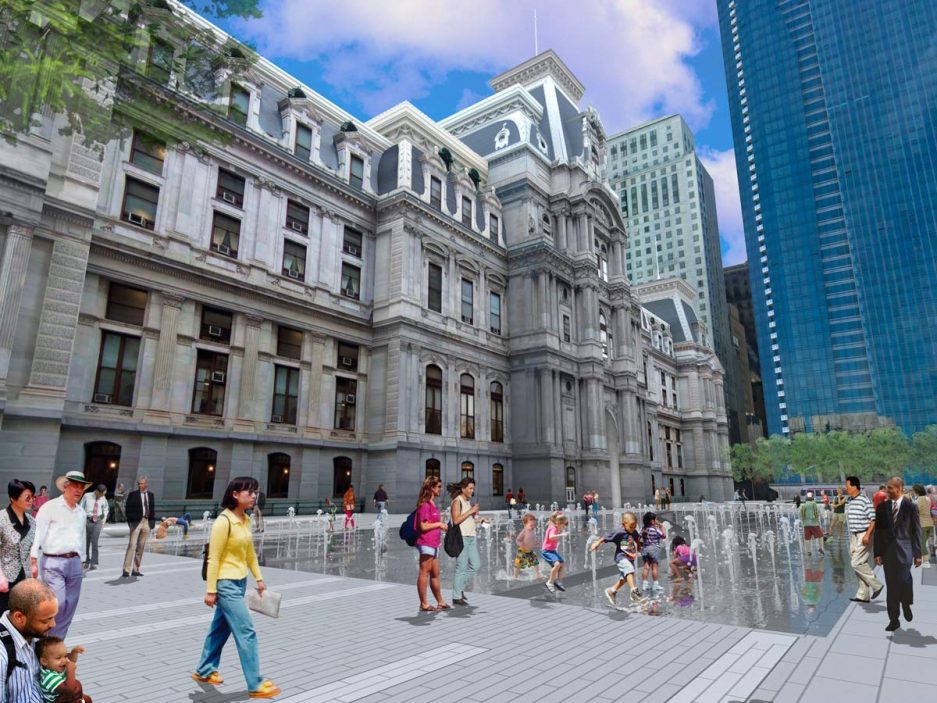 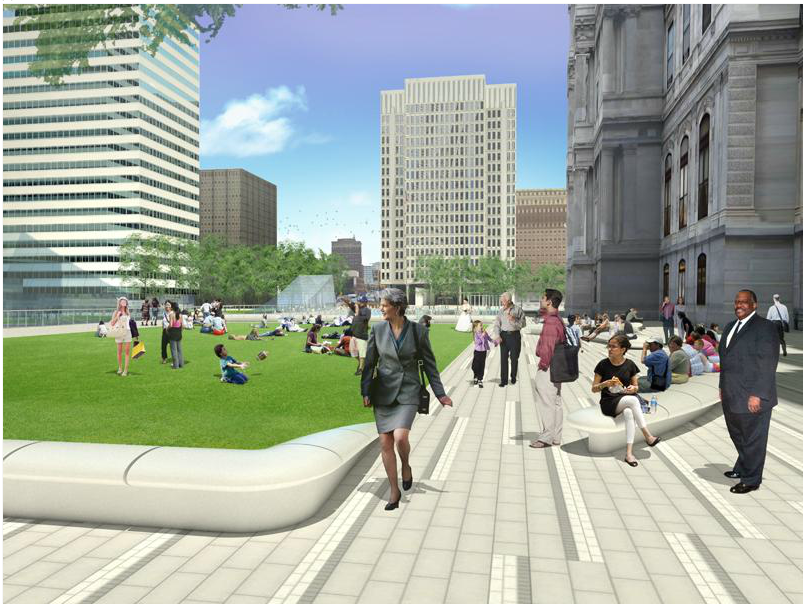 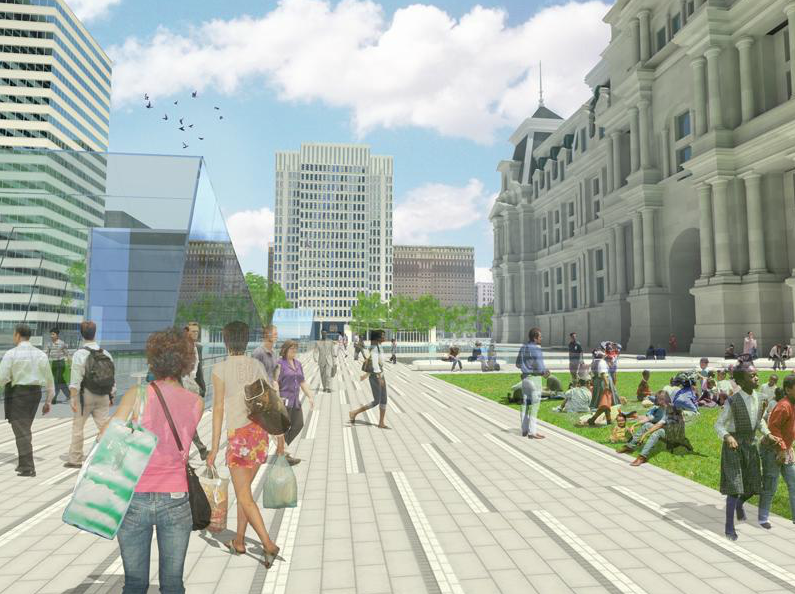 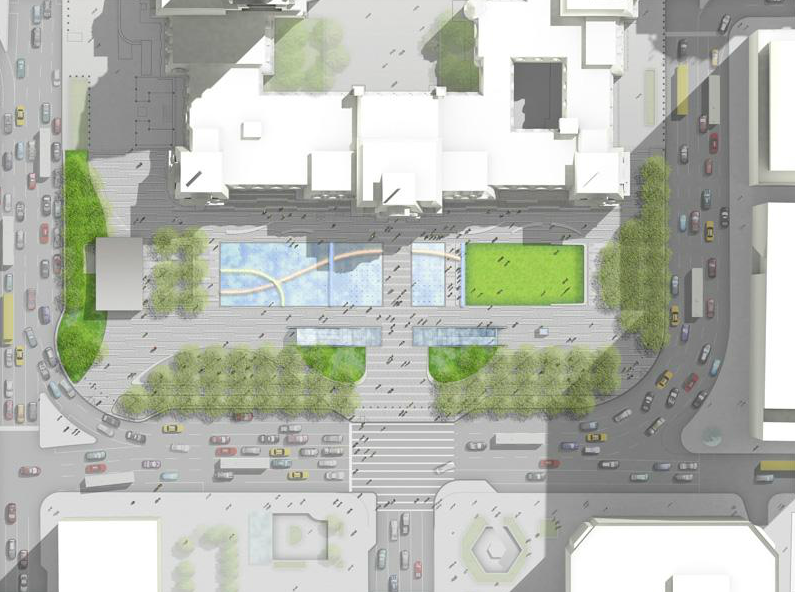 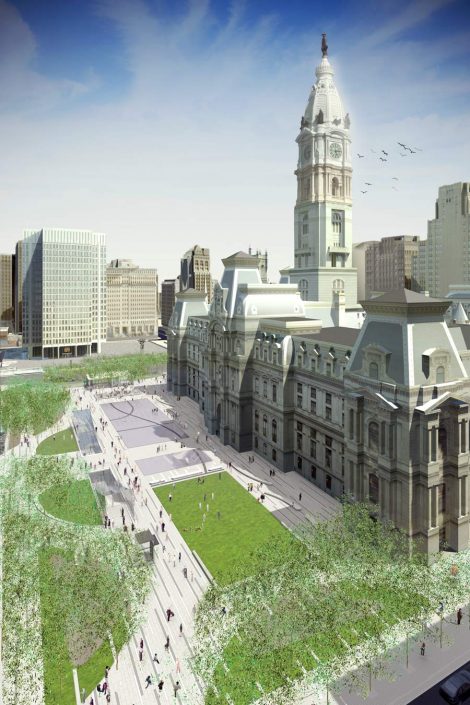 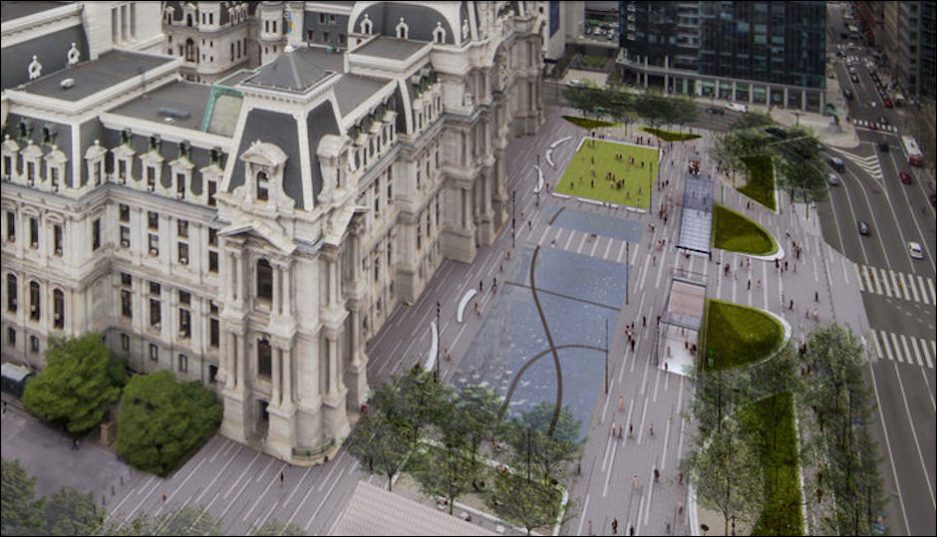 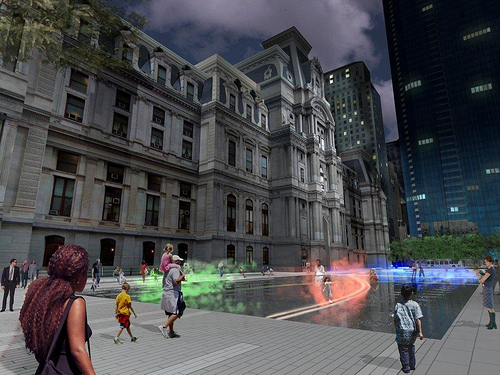