Last night a crowd of engaged citizens, architects, planners, and neighborhood residents gathered under a large tent at Festival Pier to hear all about the conceptual plans for Penn’s Landing, which is now, let’s face it, a huge nothingness. After obligatory remarks by Thomas Corcoran, president of the Delaware River Waterfront Corporation (DRWC), Deputy Mayor for Commerce and Development Alan Greenberger got up to say what we all know: This can only happen if the money comes through — public funds, private investment, state monies, federal dollars. Penn Design dean Marilyn Jordan Taylor, a DRWC board member, emphasized the same thing when she introduced Mary Margaret Jones, a senior principal at Hargreaves Associates, the firm chosen to implement the Penn’s Landing plan.

“We had teams from across the world and all over the country that were competing” for the bid, Taylor said. “I have no doubt that we picked the best.” Hargreaves not only has a “deep understanding of the problems in Philadelphia,” which are apparently considerable, but the firm “has the ability to attract the private investment.”

The stretch of waterfront with which DRWC concerns itself in the Master Plan for the Central Delaware is between 6 and 7 miles long, with Penn’s Landing right at its heart. This concept for Penn’s Landing Park — planned as Philadelphia’s sixth square — aims to reach into the neighborhoods, build a more intimate relationship with the water, and attract a program of uses specific to the waterfront. “Our plan is not to compete with Center City,” said Taylor. Oh. Well. Whew.

Hargreaves has had success with waterfront projects before — in Louisville and Houston, among other cities. Jones was confident in the plans they have so far, but she was cautious to explain that it’s still early days, and they’ll have more information in January. As for now, here’s what she could say:

The way things are currently, there are simply not enough moments of vehicular connectivity or good pedestrian connections. So using the Master Plan as a point of embarkation, Hargreqves’ number one goal was to “bring downtown to the river’s edge.” The firm is looking at visual, pedestrian, access, and public realm park opportunities, letting those concerns drive development.

Bringing downtown to the river’s edge means they’d have to “activate the Marina Basin, make connections there with new development that capitalizes on [the] water,” and integrate adjacent development with Penn’s Landing Park.

So what changes are we talking about? Enough public space that 10,000 people could visit the area at once. A festival pier would have flexible use — it could be used for ice skating or plaza tents or food trucks, depending on the season.

The basin park could include kayaks and floating boats.

An upper park would create a series of outdoor rooms framed by trees with lots of things to do–comfort stations, memorials, art, markets, and more. The park would transition down the river organically where there’d be an amphiteater that would be as welcoming to two people as 200. There could also be “a reimagined seaport museum.”

What ties all of this together? A north-south promenade. It all sounds great. Look at the renderings if you’re confused.

As for the Q&A session, the questions asked were respectful and intelligent, though many couldn’t be answered now because they haven’t yet been considered. Two that do need to be explicated soon and with more detail: What will become of the Irish Memorial, and what will happen to the Tall Ships — the Gazela, etc. — as the project moves forward? Both these issues stir real emotion and are worth significant effort to hash out as early as possible.

But what about the money? After the event, in casual conversation, public-private economic development maven Terry Gillen said she wasn’t so worried about the private investment, which she thought would come. Rather, she wondered if the state would buy in. But then, she made the Navy Yard happen when no one else believed it could, so her overall optimism is more than reassuring.

At the end, DRWC’s Thomas Corcoran remarked, “We don’t want this to be another plan to be sitting on a shelf, with people saying, ‘Whatever happened to…'” Let’s hope for the best.

For the nitty-gritty details, head over to PlanPhilly, where such specifics are their bread and butter. 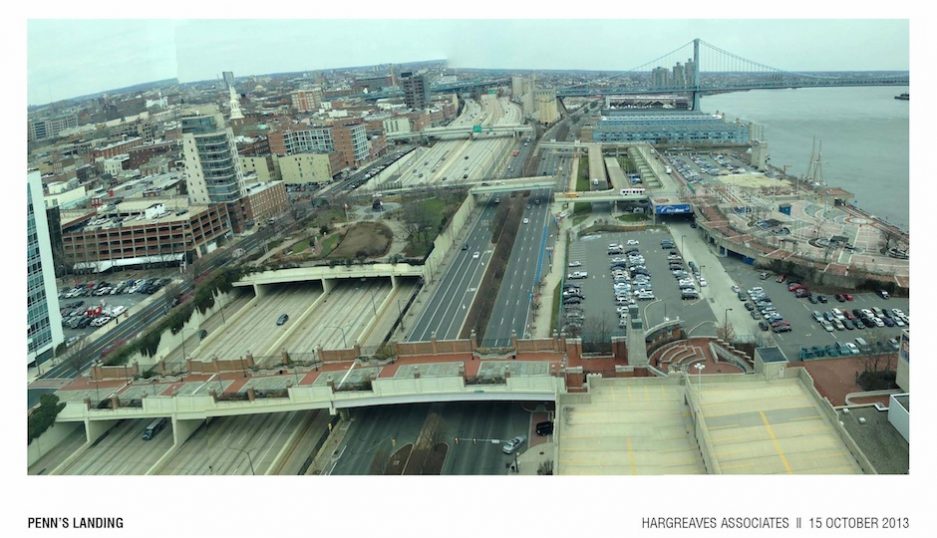 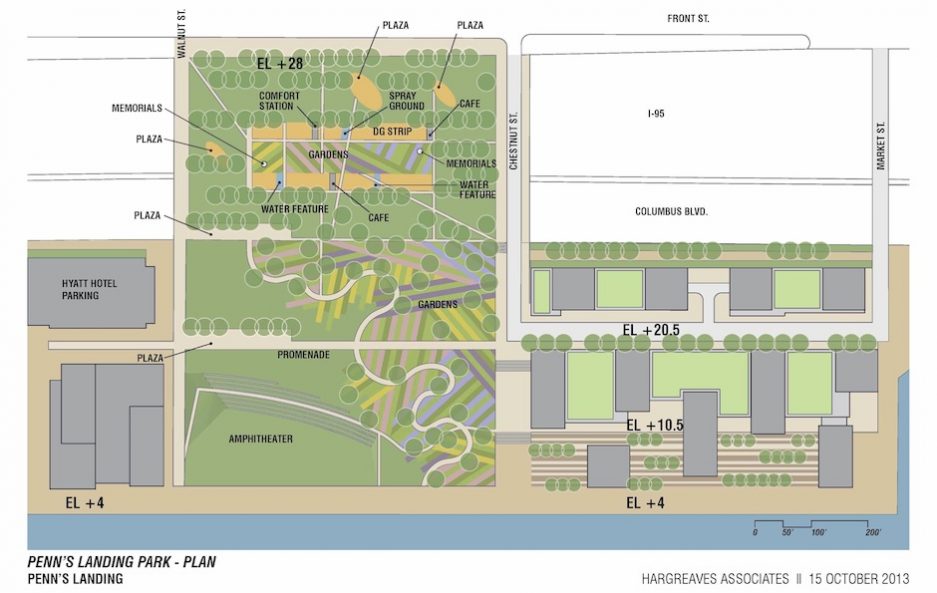 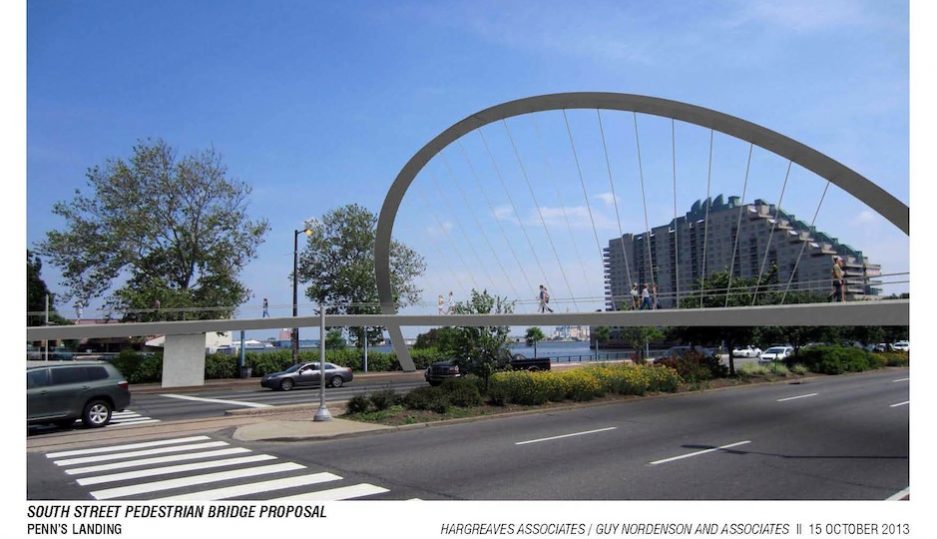 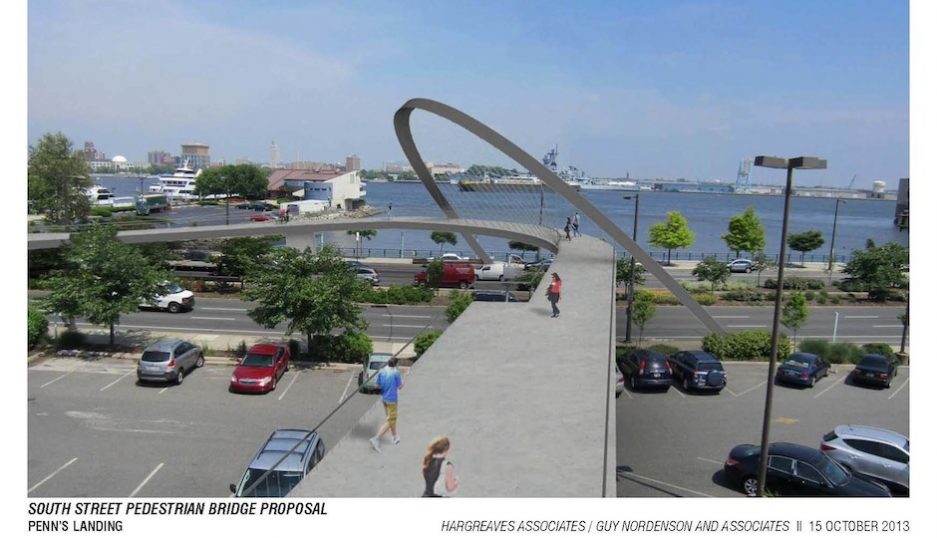 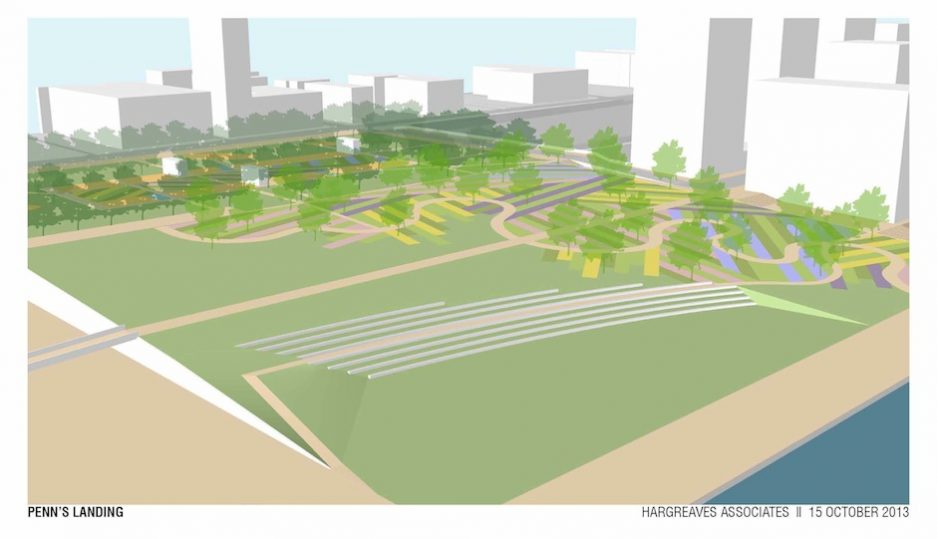 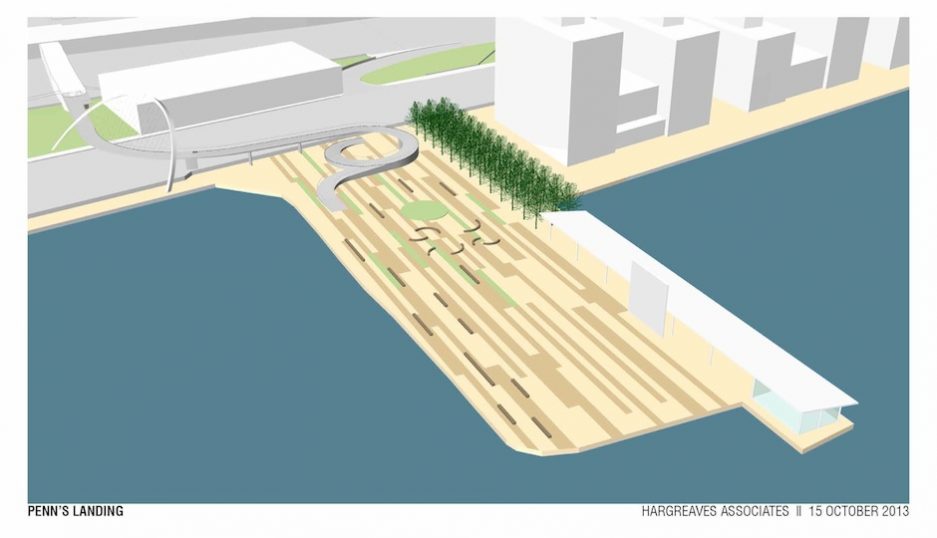