The couple initially met in 1985 while working at the historic tavern. 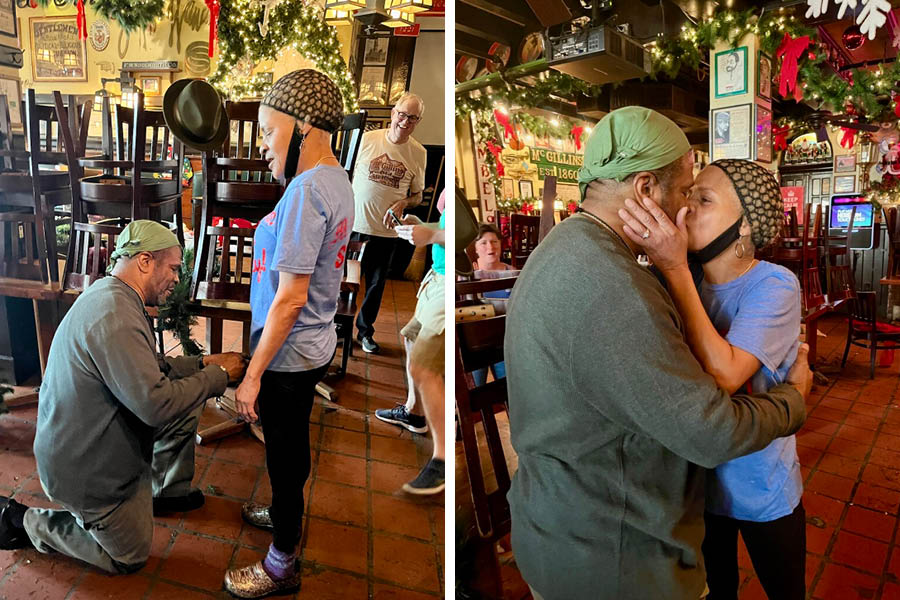 There’s truly something special about a proposal during the holiday season. It’s why we see people popping the question in front of Christmas trees, on Miracle on South 13th Street and McGillin’s Olde Ale House — in fact, it’s said that more couples have met at the historic tavern than anywhere else in Philly. (McGillin’s even has two books signed by couples who’ve met there over the years.) This McGillin’s Olde Ale House proposal was particularly sweet, a new beginning for a love story that began 37 years ago. 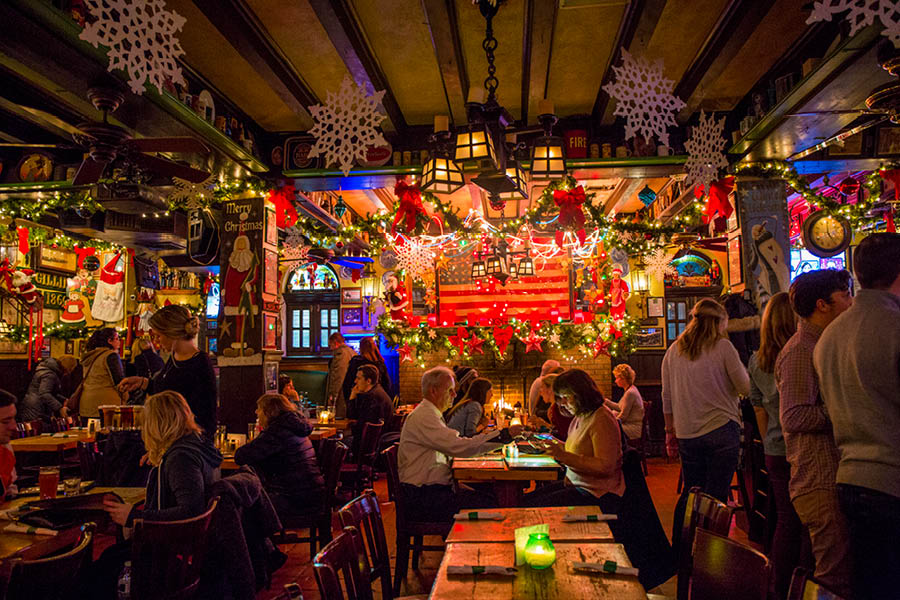 McGillin’s Olde Ale House decked out for the holidays / Photograph by M. Fischetti for Visit Philly

The couple: Ivy Jackson, a cook at McGillin’s Olde Ale House, and Joseph Scott, retired, both 62

How they met: The year was 1985. Ivy was about two weeks into her new gig at McGillin’s — where Joseph had already worked for a couple of years — when they bumped into each other on the stairs to the kitchen. They ended up accidentally hugging each other. The second time they had a run-in on the stairs, they kissed. (Not an accident this time around.) They dated for about a year but lost touch when he left the tavern.

The reunion: One good thing that came out of the pandemic? The couple reconnected. But she didn’t make it easy. He called repeatedly and eventually showed up at McGillin’s, where she still worked, to see her — he also left gifts, his phone number, and made it pretty apparent he was pursuing her. Still, though, she didn’t call him back. His continued efforts paid off, however, and an hours-long conversation rekindled their feelings for one another. Five months after this fresh start, on November 7, 2022, he popped the question.

The proposal: Joseph dropped Ivy off at work, and she headed downstairs to the kitchen. But a few minutes later, she was asked to join the staff in decking out the bar for the holiday festivities. (It typically takes about 15 people five hours to hang the lights, garlands and ornaments, according to a rep for the restaurant.) People were unpacking boxes of decor and up on ladders — and there was Joseph, surrounded by a group of Ivy’s colleagues. Little did she know, he’d called everyone over for the big moment, when he got down on one knee and said: “Ivy, I love you so much. Will you marry me?”

His pre-proposal nerves: Joseph admits he was so concerned about whether Ivy would accept his hand that he asked the jeweler if he could bring the ring back if she said no. Luckily, Ivy may have been surprised, but her answer was yes. “He always made me feel really good. He made me smile. He made me laugh. Of all the men I’ve known, he’s the one I remembered.” 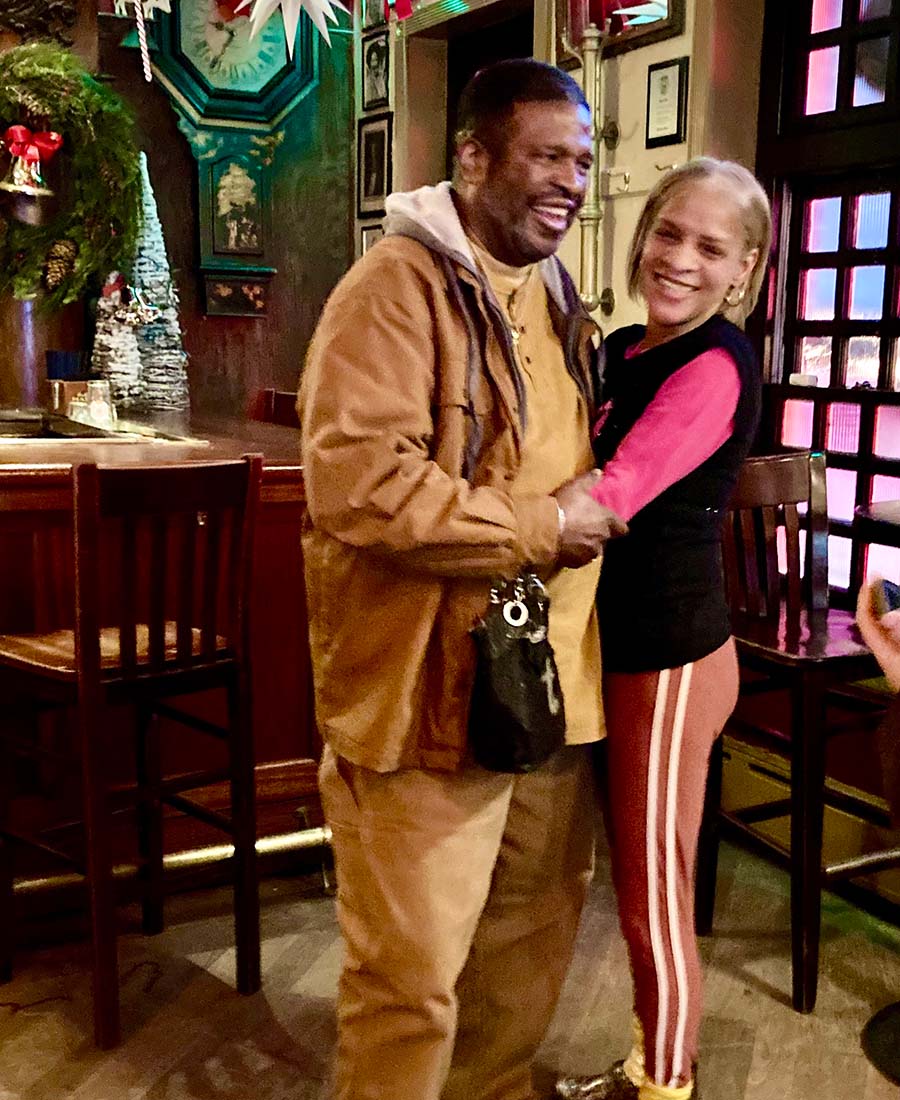 What they did next: There was still decorating to do, so Ivy walked Joseph back to his car then went back to work. McGillin’s, meanwhile, posted photos of the proposal on social media. Since then, they’ve been recognized at the bar — and even while riding the bus.