This Nightmare Before Christmas-Themed Hallowedding Was “Simply Meant to Be”

When the officiant was a no-show, the groom’s friend stepped in. 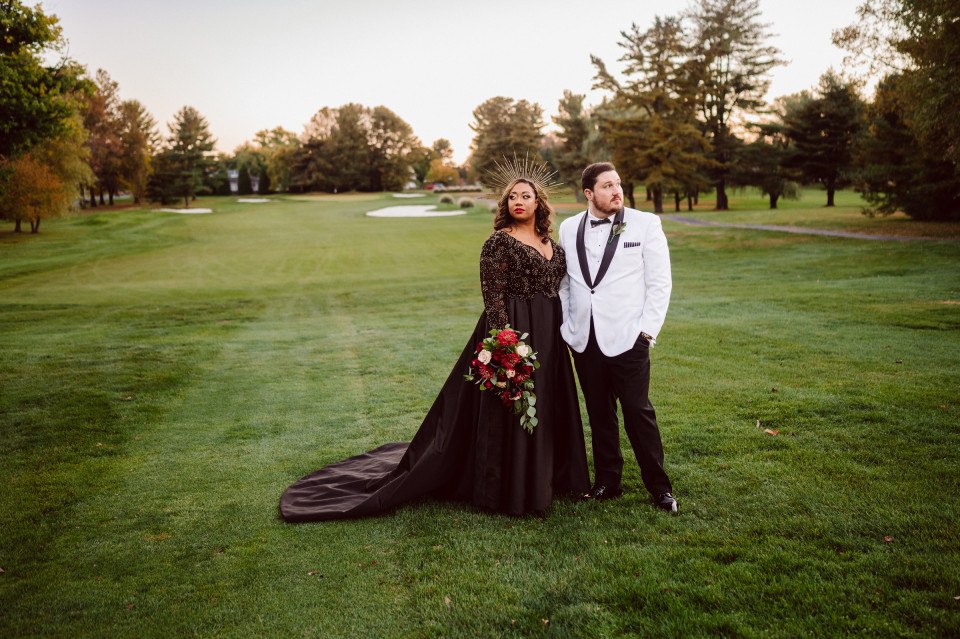 Daryll Hawthorne and Robert Bernardo, Jr., at their Nightmare Before Christmas-themed wedding in Bucks County / Photography by SGW Photography

Movies provide ample ideas for wedding themes. We’ve seen Big Days influenced by the flicks of Nancy Meyers and celebrations centered around the magic of Harry Potter. And, now, we have a Nightmare Before Christmas-themed wedding. This couple, inspired by Jack and Sally’s immortal bond, held a Hallowedding at Northampton Valley Country Club in Bucks County. From the bride’s custom black gown to the handmade Halloweentown decor, SGW Photography captured the unique celebration of a union that was “simply meant to be.” 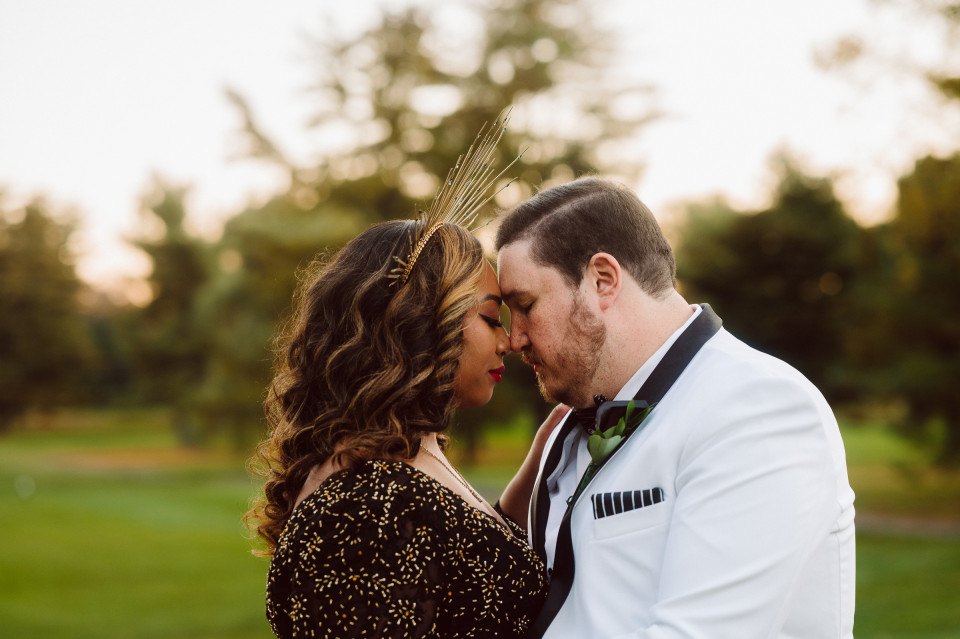 Some debate whether the classic Tim Burton film The Nightmare Before Christmas is a Halloween story or a Christmas story. But Daryll Hawthorne and Robert Bernardo, Jr., know: It’s a love story.

The couple, both attorneys, first met in December 2016 when they were law students at Temple. “My very first impression was, ‘Wow, this guy is really full of himself … but also … cute…’” Daryll says. As for Bob? “I thought Daryll was friendly and challenging …. very ready to call people out on their B.S. (I’m ‘people.’) But she definitely had a great vibe and I just thought she was absolutely beautiful. I couldn’t wait to see her again.”

Daryll recalls “Bob flirting like his life depended on it.” After dating for a few weeks in January 2017, they explain, “life took hold” and they went their separate ways. Of course, the story doesn’t end here. 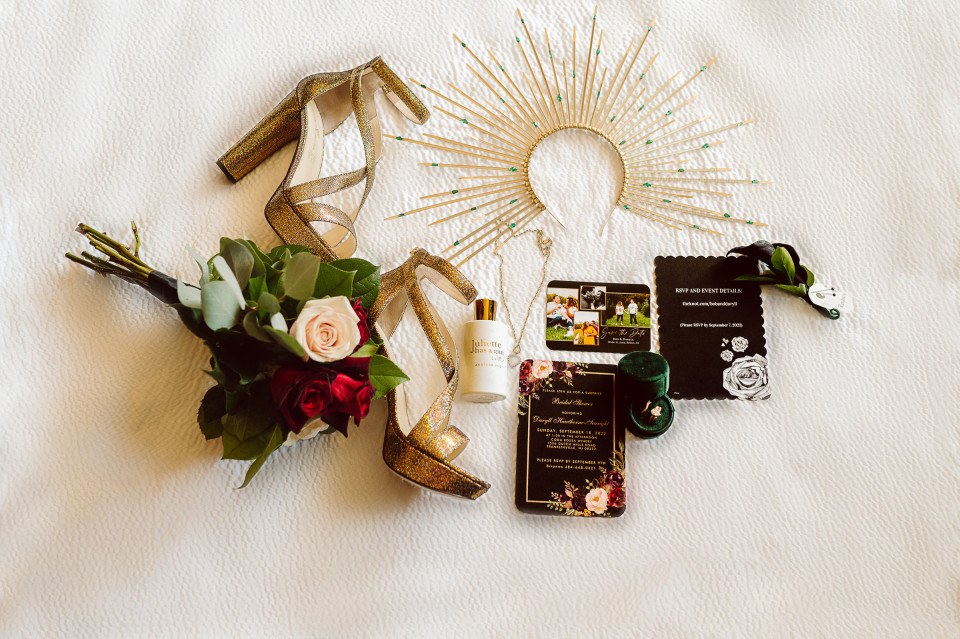 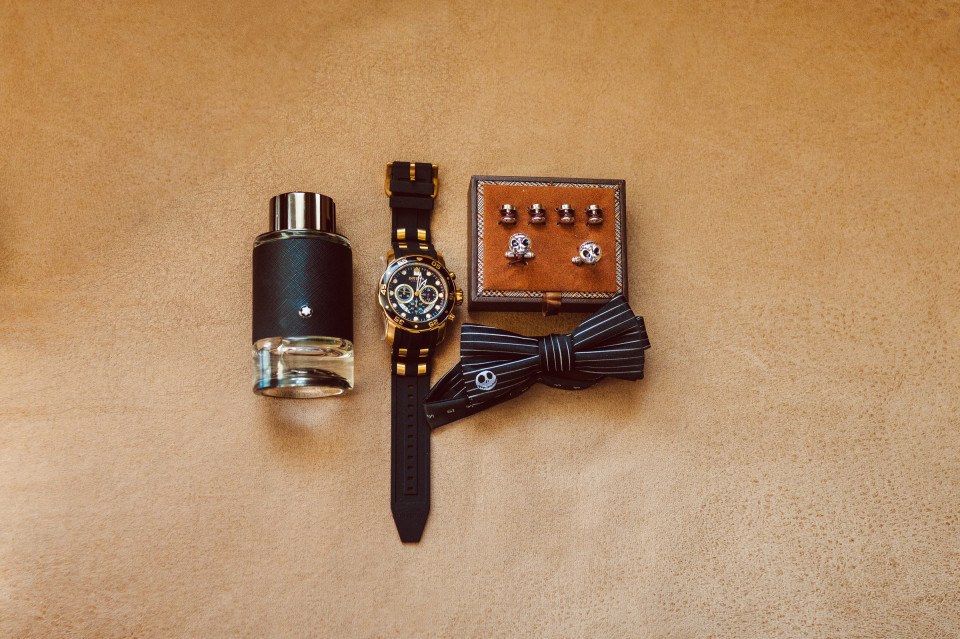 Fast-forward nearly two years, to December 2018. Daryll, in the midst of a terrible week, received a text out of the blue. “You kind of came up today at work, so I wanted to see how you were doing,” read the message from Bob. The truth is, he had been driving past her old house every day on the way to work in Plymouth Meeting, so she was always on his mind. He took this Waze-fueled traffic frustration as a sign from the universe: “Give that girl a call.”

The pair reconnected with a date at Dim Sum Garden, followed by a Good Good Comedy show in Chinatown. “I never wanted to get married or have children, but something changed when I met Daryll,” Bob confesses. “I found myself wanting to have those conversations with her.” In October 2021, a seemingly regular dinner reservation at Daryll’s favorite restaurant, Amada, turned out to be a surprise proposal with friends and family. 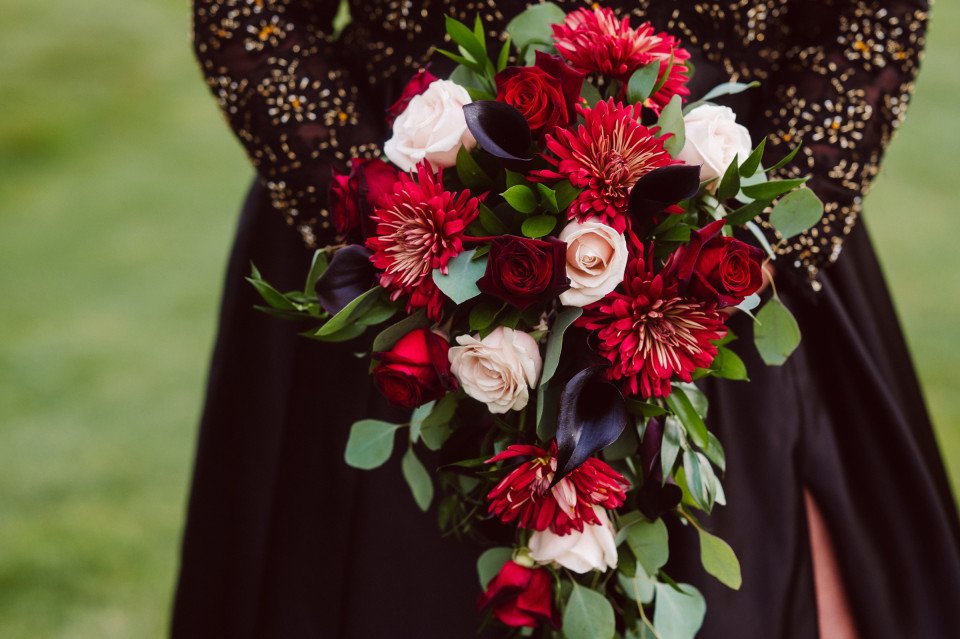 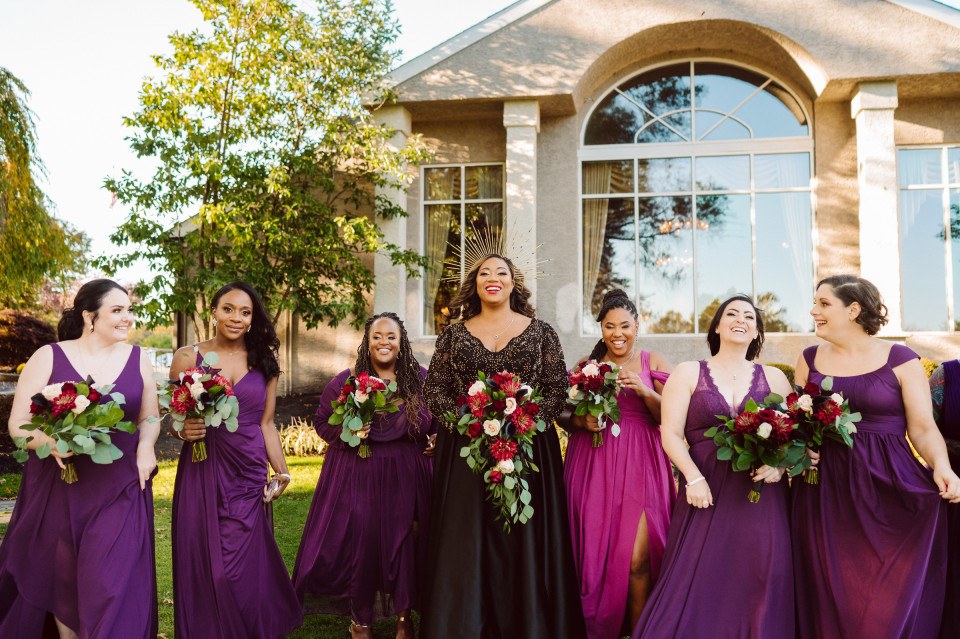 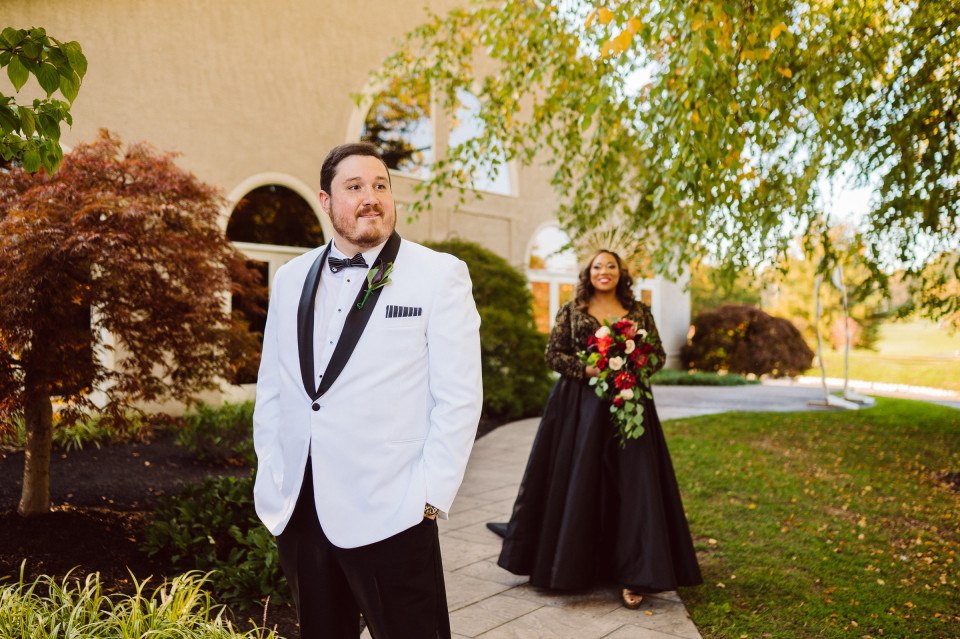 The couple’s ensuing Hallowedding was planned to the smallest detail by the bride. Daryll’s black gown with gold beading — a custom design and collaboration with Brides & Tailor — was complemented by a gold, spiky sunburst crown. She carried a cascading bouquet of eggplant calla lilies, burgundy dahlias, ‘Sahara’ roses, and black ‘baccara’ roses, accented with ‘silver dollar’ eucalyptus.

Bob’s white-and-black ensemble made subtle nods to pumpkin king Jack Skellington with cufflinks of the character and a bowtie and pocket square in his signature pinstripe. 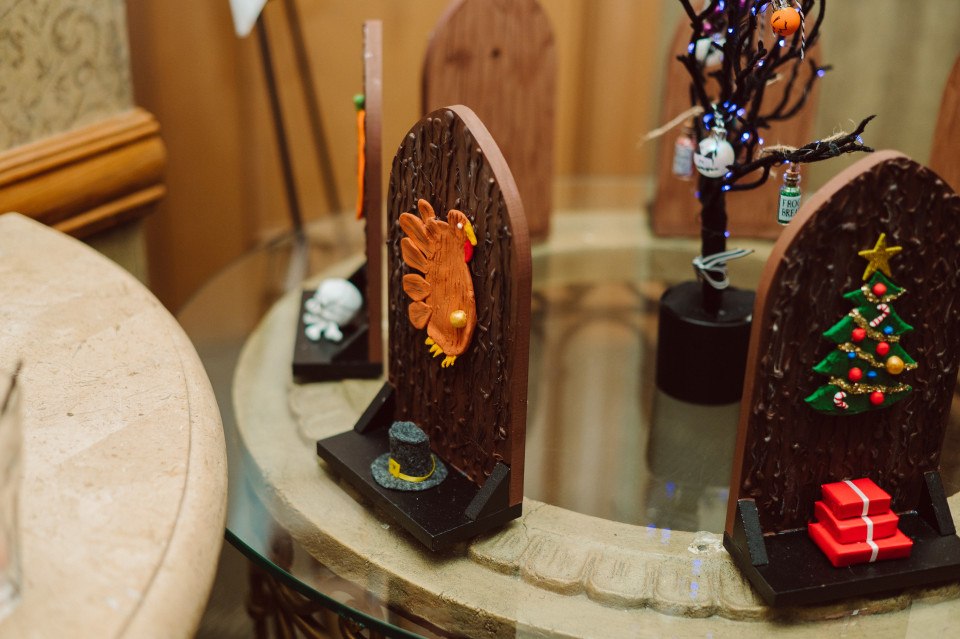 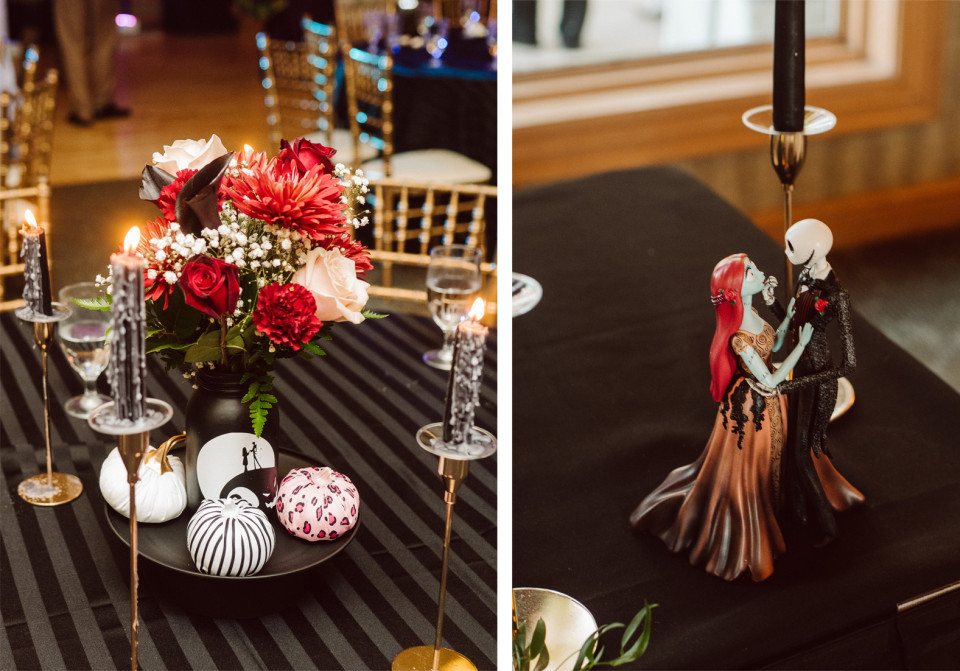 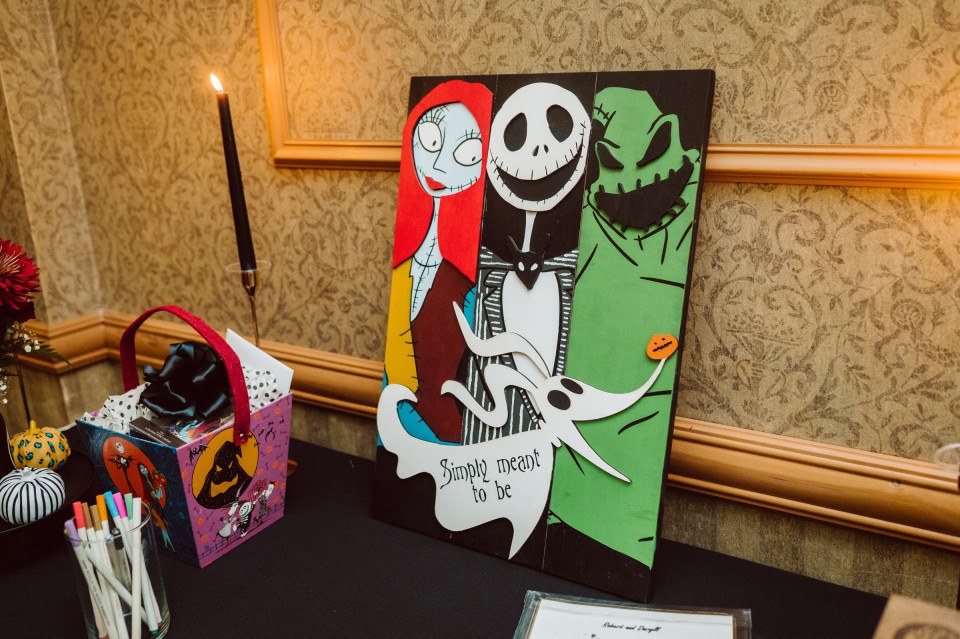 Bob’s mother helped make decorations, including little replicas of the holiday doors from the movie. Throughout the space, there were also miniature trees with Sally’s potion jars, purple fairy lights, and Jack and Sally ornaments. Centerpieces featured black candles, gold candlesticks and tiny pumpkins in colors reminiscent of Jack and Sally.

Despite all the prep, there was one last unforeseen challenge awaiting the couple on their Big Day: The officiant was a no-show. Luckily, Bob’s friend, Jon Patouhas, Esquire, is ordained, so he stepped in to perform the ceremony. “He did an amazing job, despite having five minutes of prep,” Daryll says. “Lucky for us, it was a bucket-list item for him to perform an emergency wedding.” 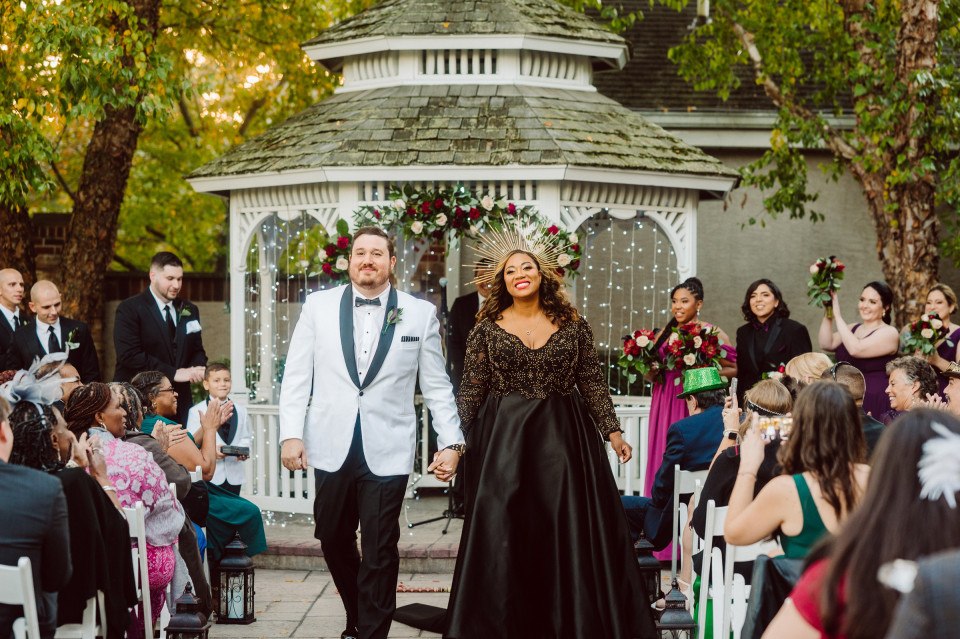 After their ceremony, the couple’s 120 guests dined, danced and drank “Simply Meant to Be Mule” signature cocktails — Moscow mules made with extra lime and a dash of grenadine. The couple share dancing with their mothers as one of the most special memories from the day. 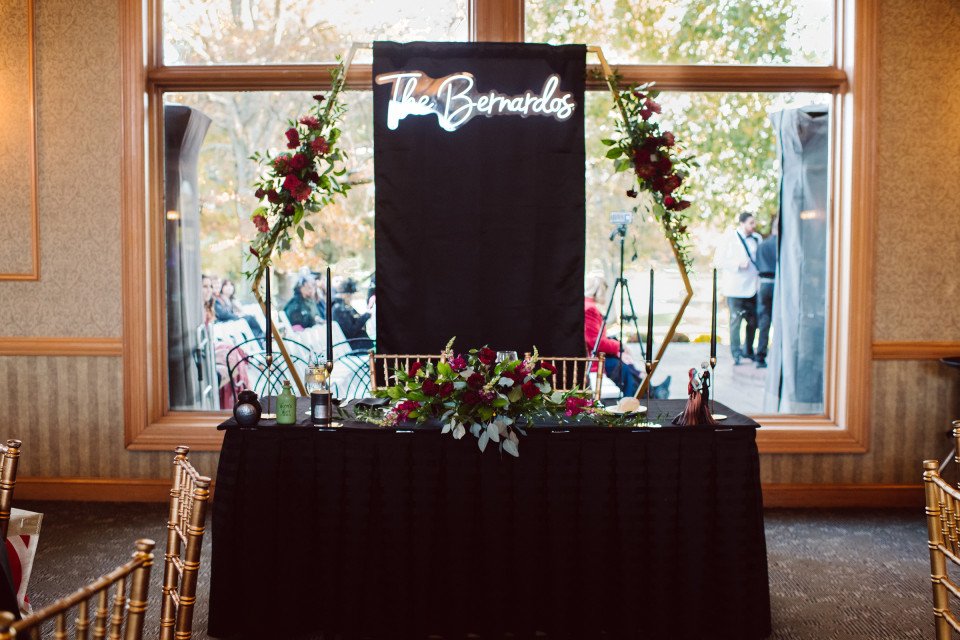 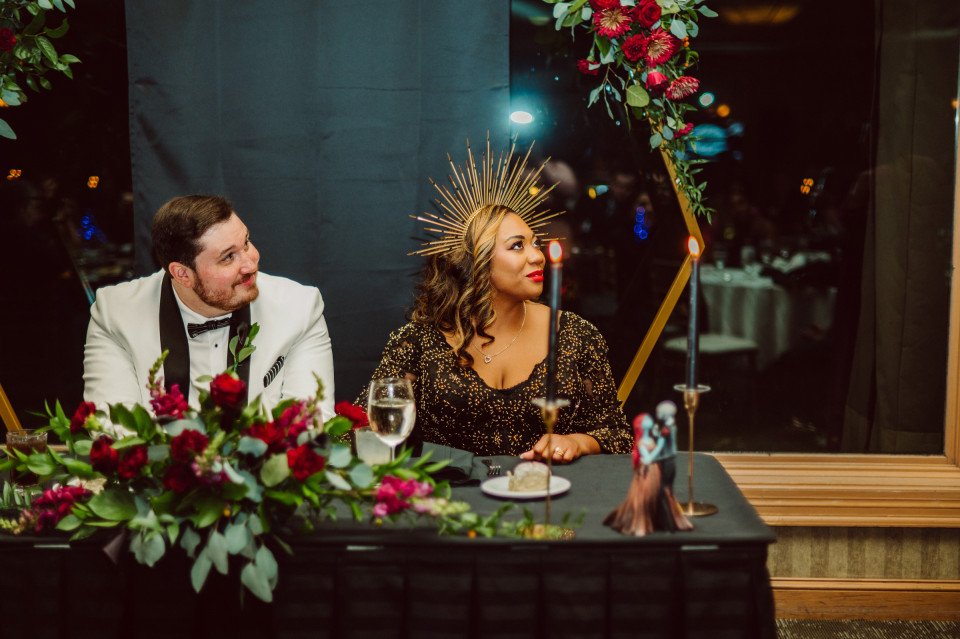 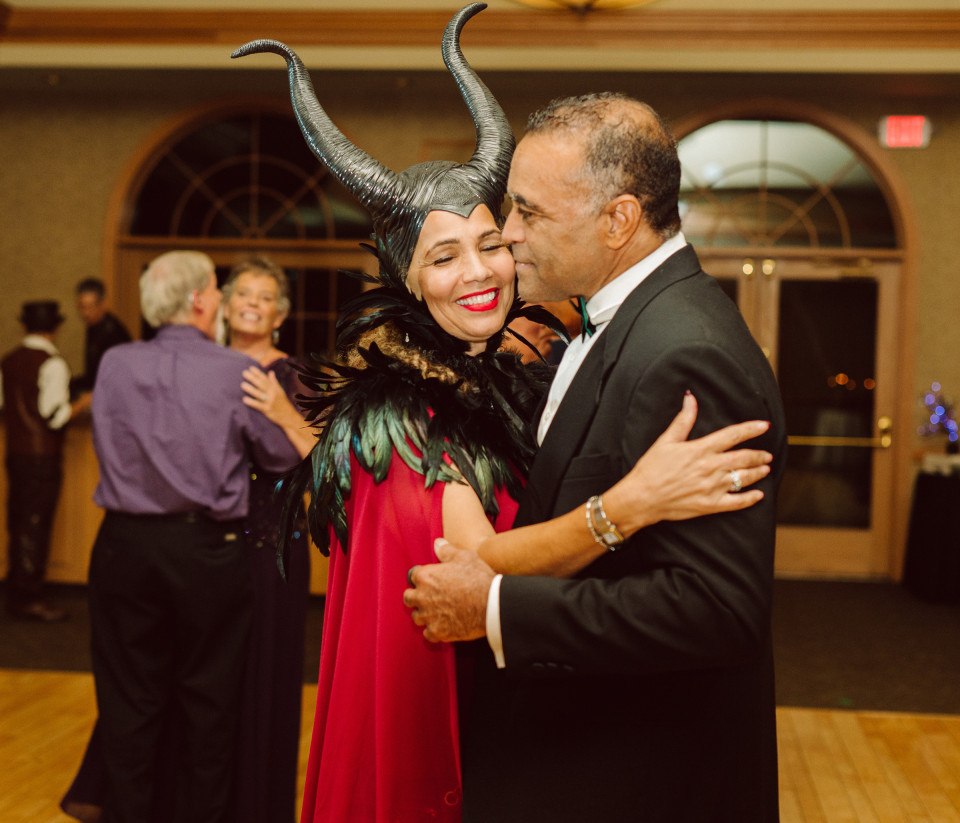 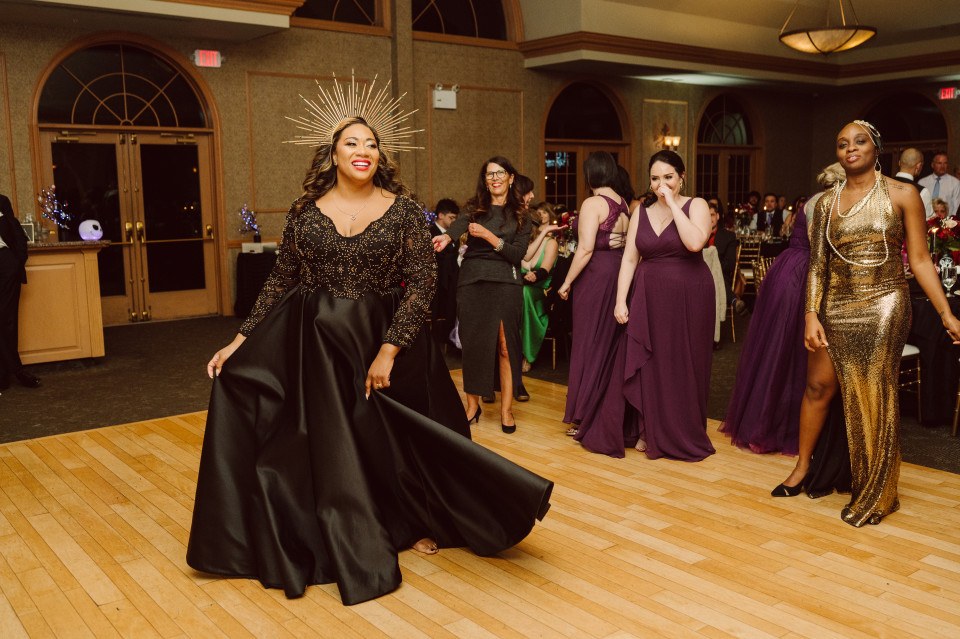 The sweetheart table had Jack and Sally wine glasses, a gift from the bride’s colleagues, a statue of Jack and Sally dancing and replicas of Sally’s potion jars. 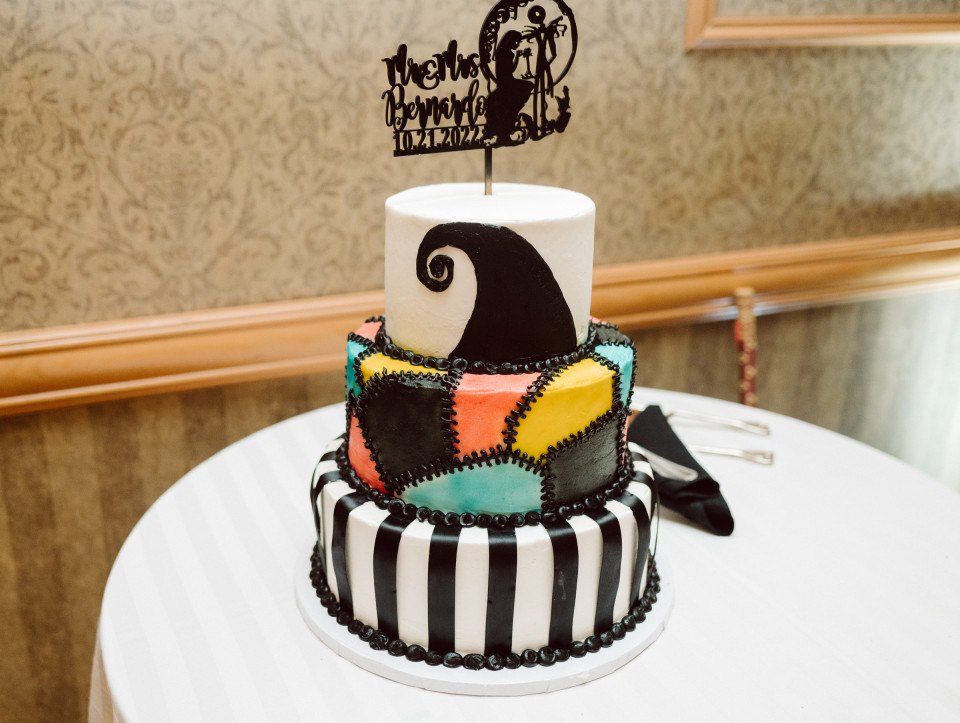 The cake continued the theme with tiers in Jack’s pinstripes, Sally’s patchwork and the spiral hill where they shared their first embrace. 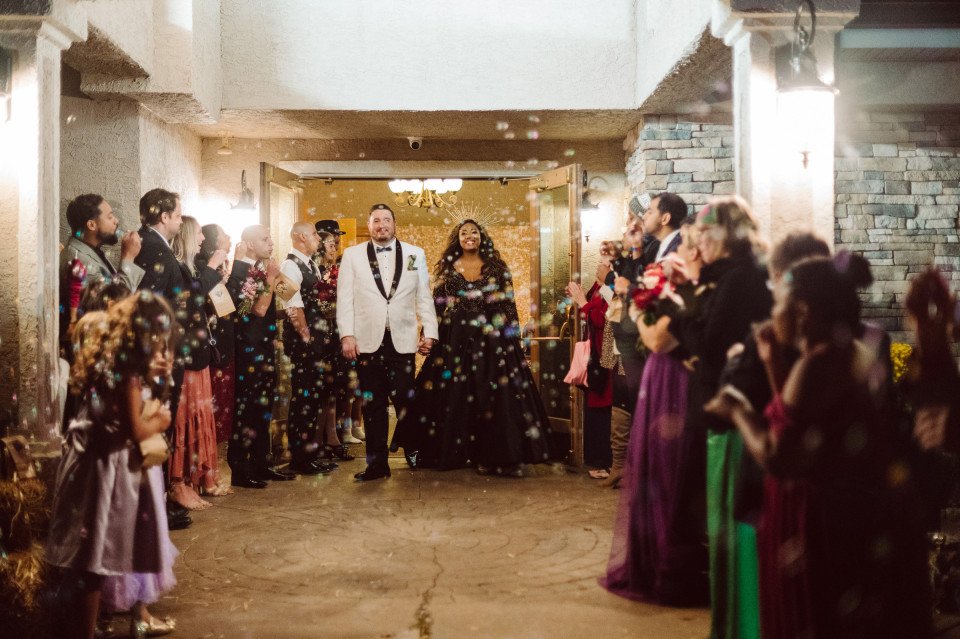