From the Bounce House to the Water Ice, This Block-Party Wedding Was Summer-in-Philly Perfection

The couple’s trolley-car photo shoot was pretty cool, too. 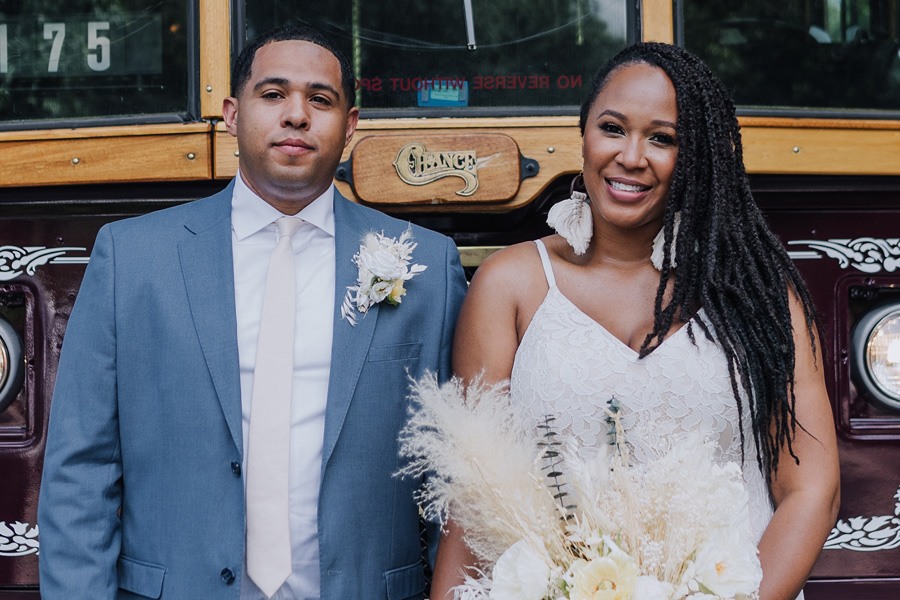 Block parties. Those two words alone make dreams of Philly’s preferred method of celebrating dance in our head. We love them for pretty much everything, including weddings, like this fall soiree or this parade-turned-neighborhood-bash. So the couple you see here knew what they were doing when they threw their Northeast Philly block-party wedding, complete with a DJ, food trucks, a mobile bar and a bounce house. Films By Diallo gives you a glimpse at the fun below. 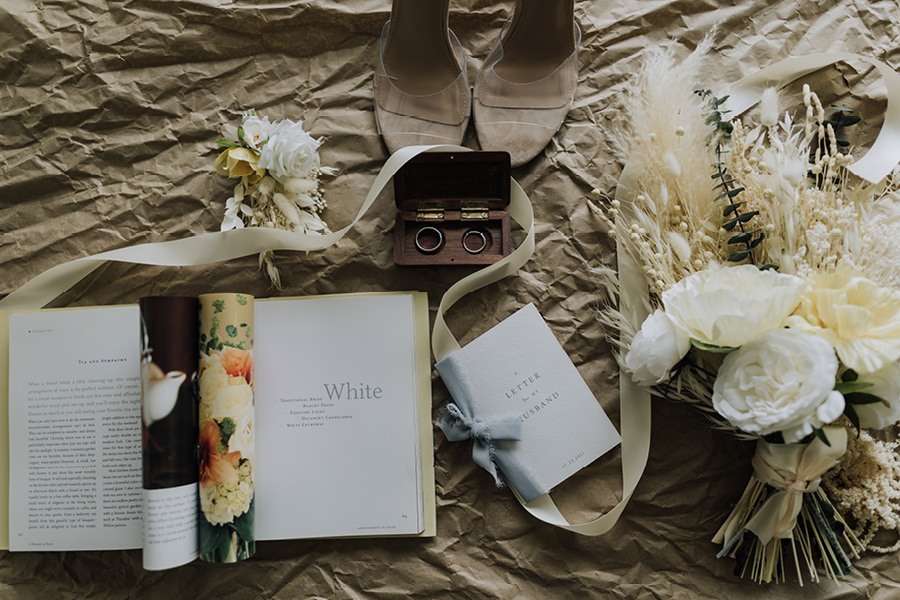 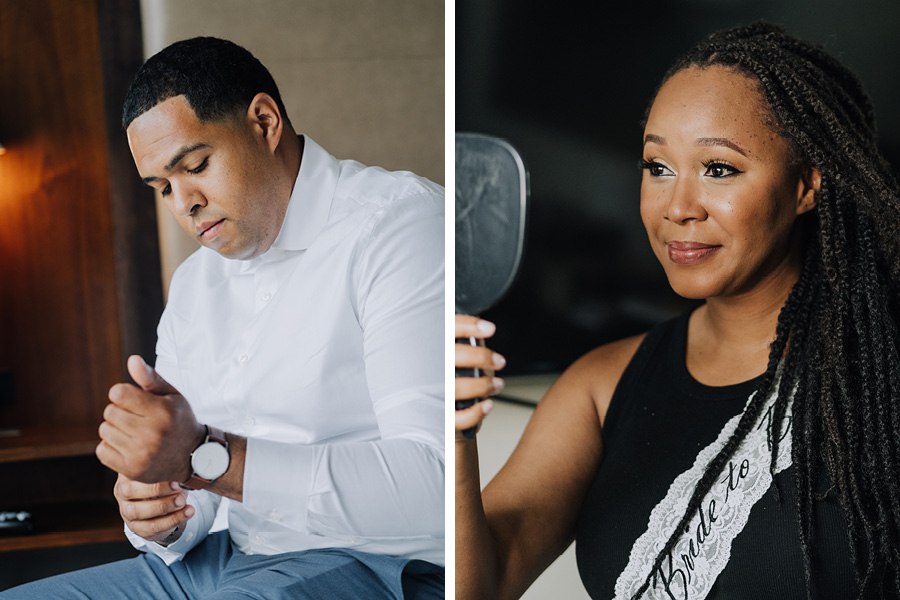 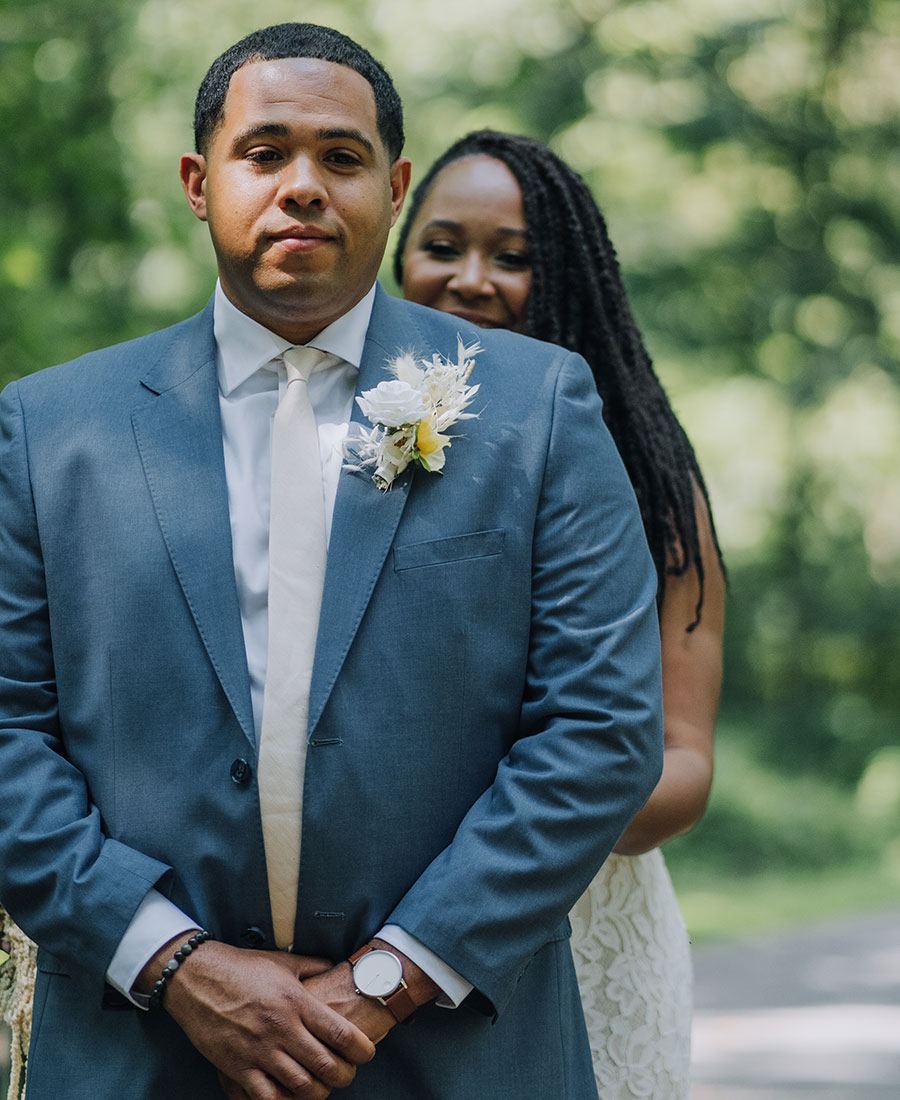 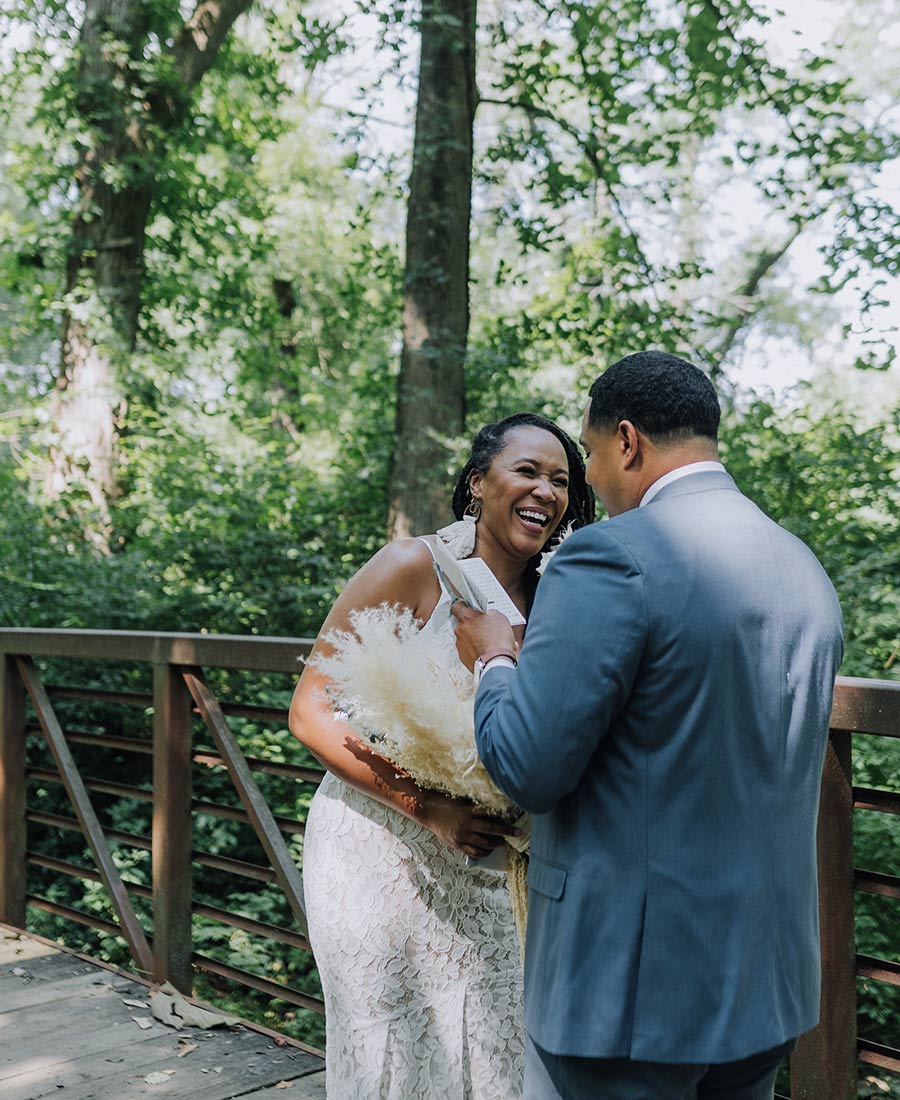 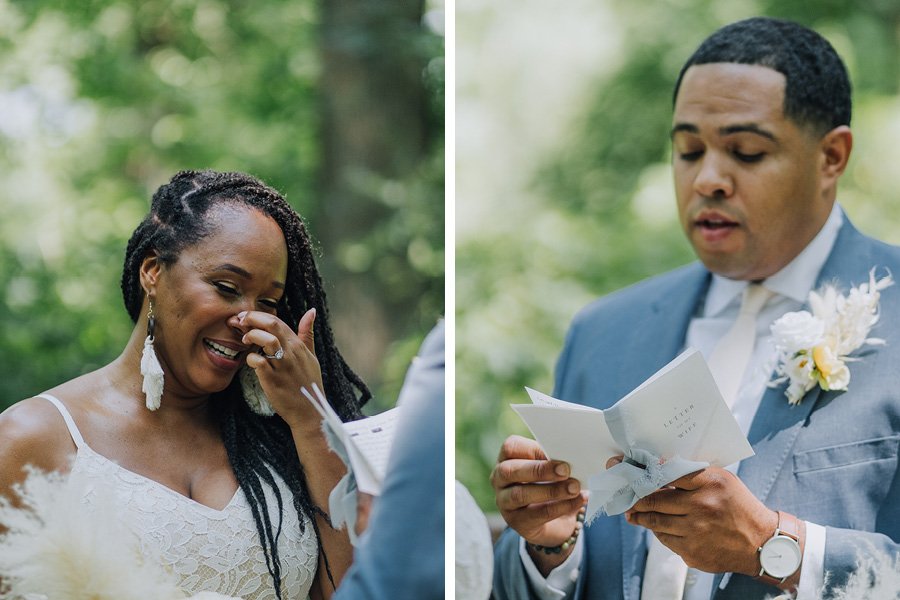 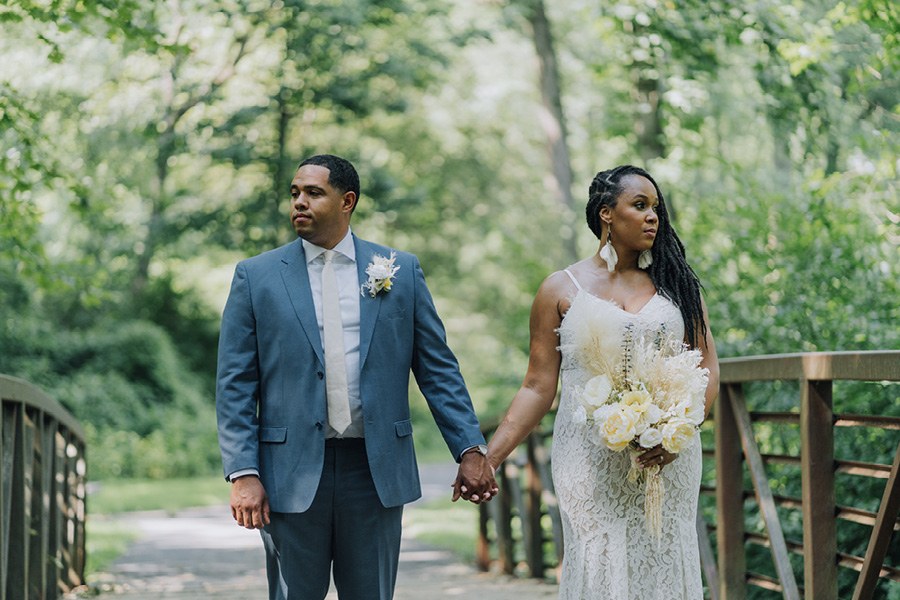 For Philly natives Janelle Williams and Antoine West II, it all began with a mutual friend, the 2019 Roots Picnic and Instagram. That friend posted a picture with Janelle at the festival, and Antoine saw it. About a year went by before he slid into her DMs. Janelle, the associate dean at Widener University, didn’t respond until they ran into each other at Franklin Fountain — and their first date at Village Whiskey followed shortly after.

Antoine’s impression that night? “I thought to myself: Do not blow this,” says the electrician with Boro Construction. “She is here, and she is more than I expected.” Janelle was impressed that he prayed before their meal. “That to me was the first glimpse into his spiritual character.” 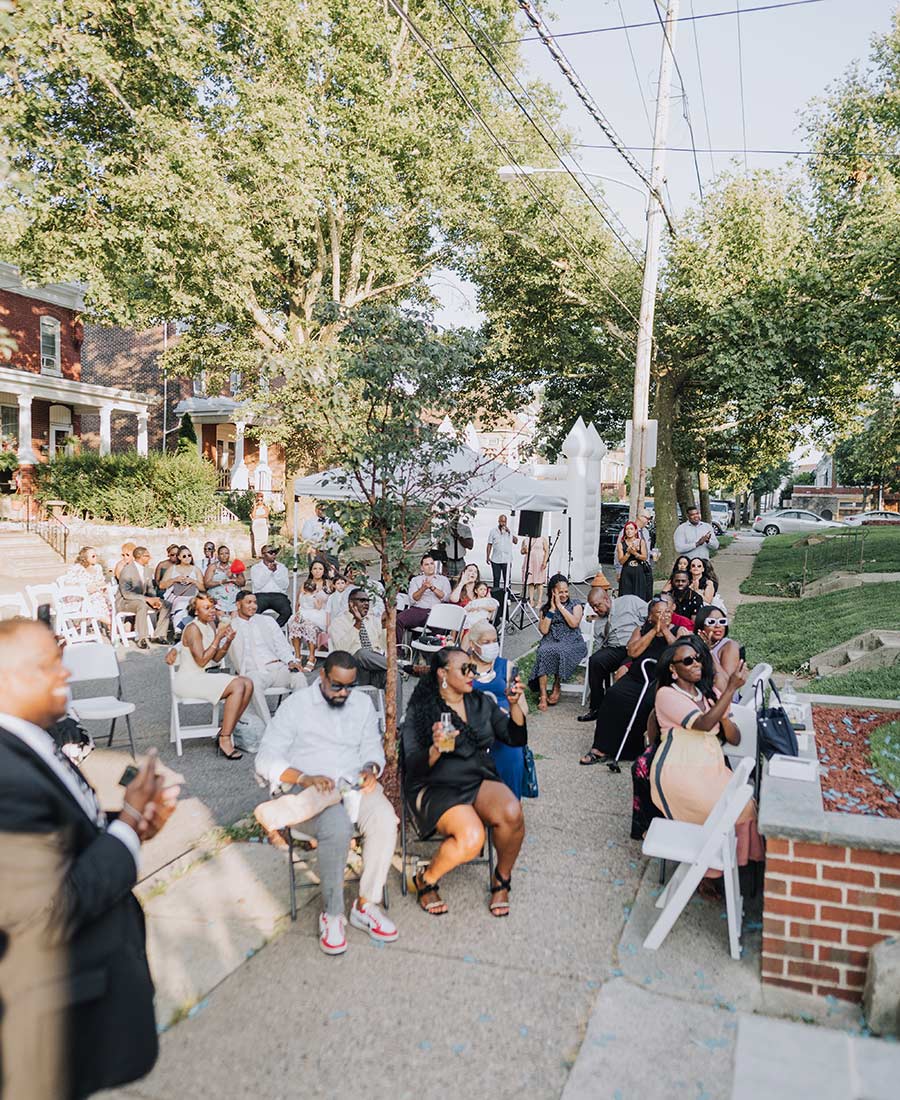 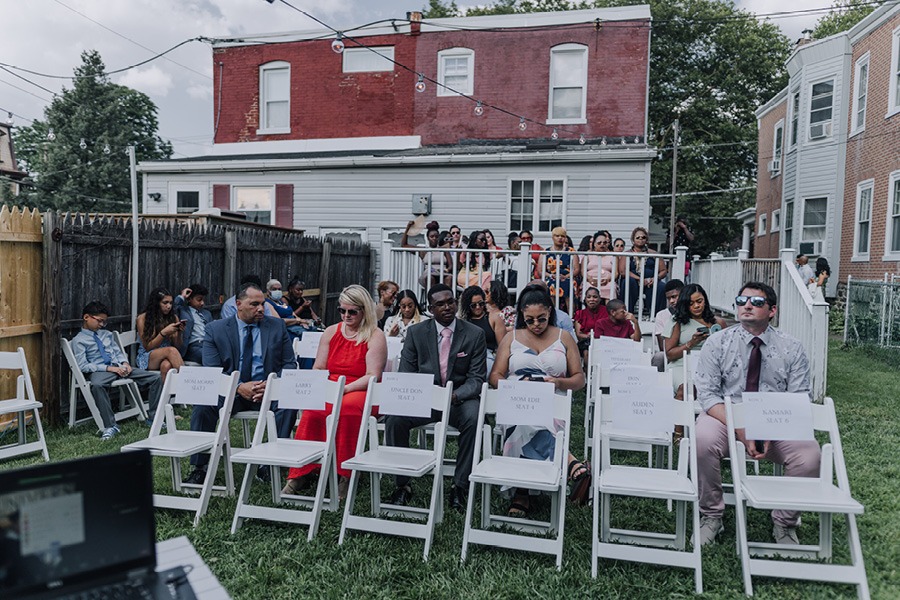 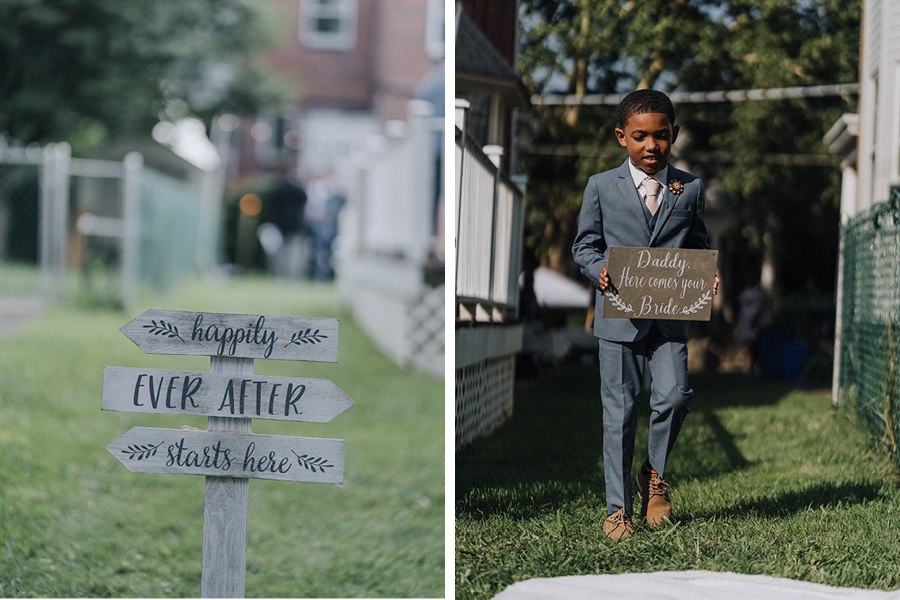 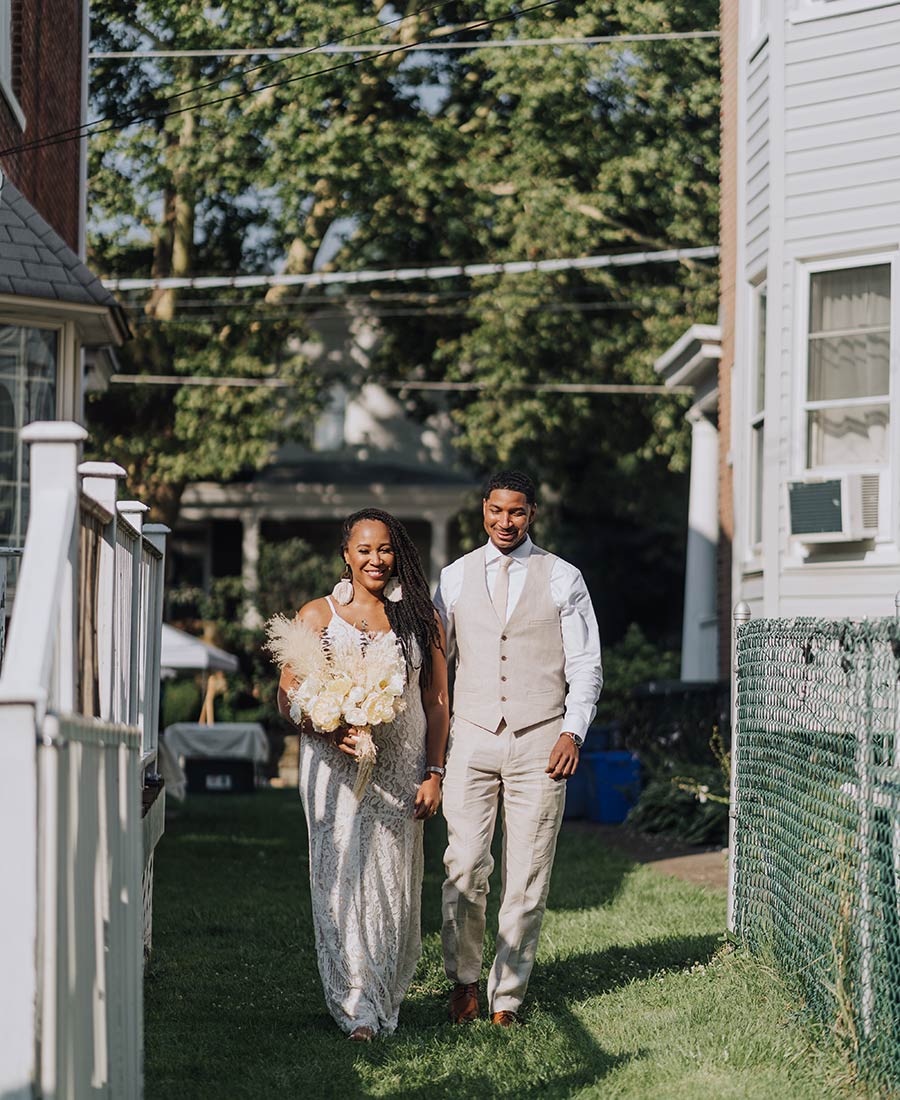 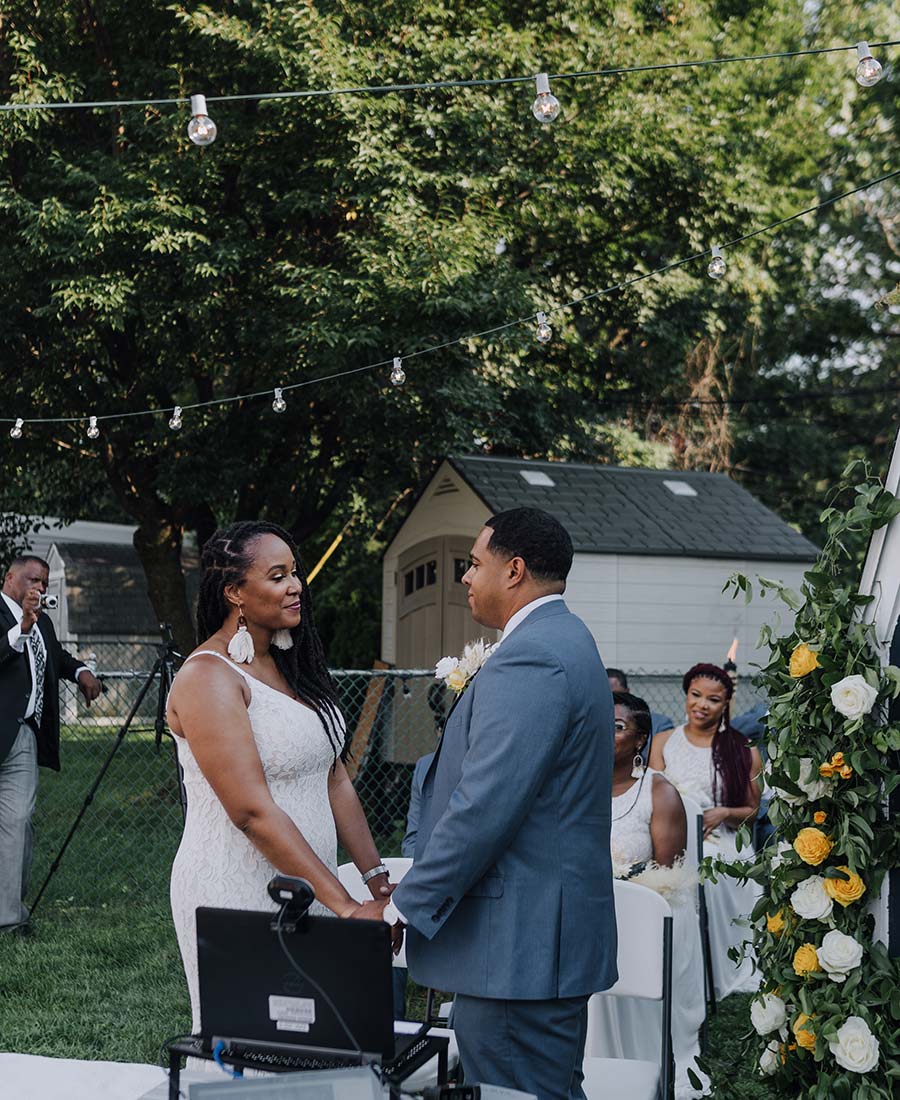 They dated for six months before Antoine proposed — and four months after that, on July 23, 2021, they said “I do.” Because they were wary of holding their wedding at a venue amid the pandemic, they opted to host their ceremony and reception at their Northeast Philly home — and turn the whole thing into a summer barbecue block party and music festival à la Coachella. (They call their vision “WestChella.”)

In order to do it, they first had to secure a permit from the city: They needed 80 percent of the block to agree but got 100 percent. In doing so, they discovered that one of their neighbors grew up in their house and got married in the living room. “There is a history and tradition of getting married on the block,” says Janelle, whose brother walked her down the aisle. The couple’s two children, Kamari (14) and Auden (8), also were involved. Kamari walked with Antoine’s mother, and Auden announced Janelle with a sign that read, “Dad, here comes your bride.” 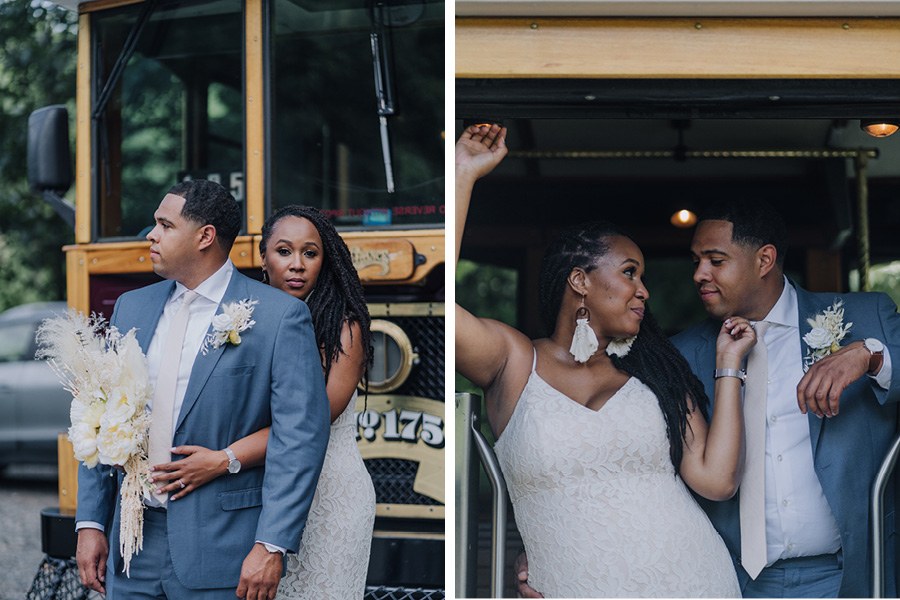 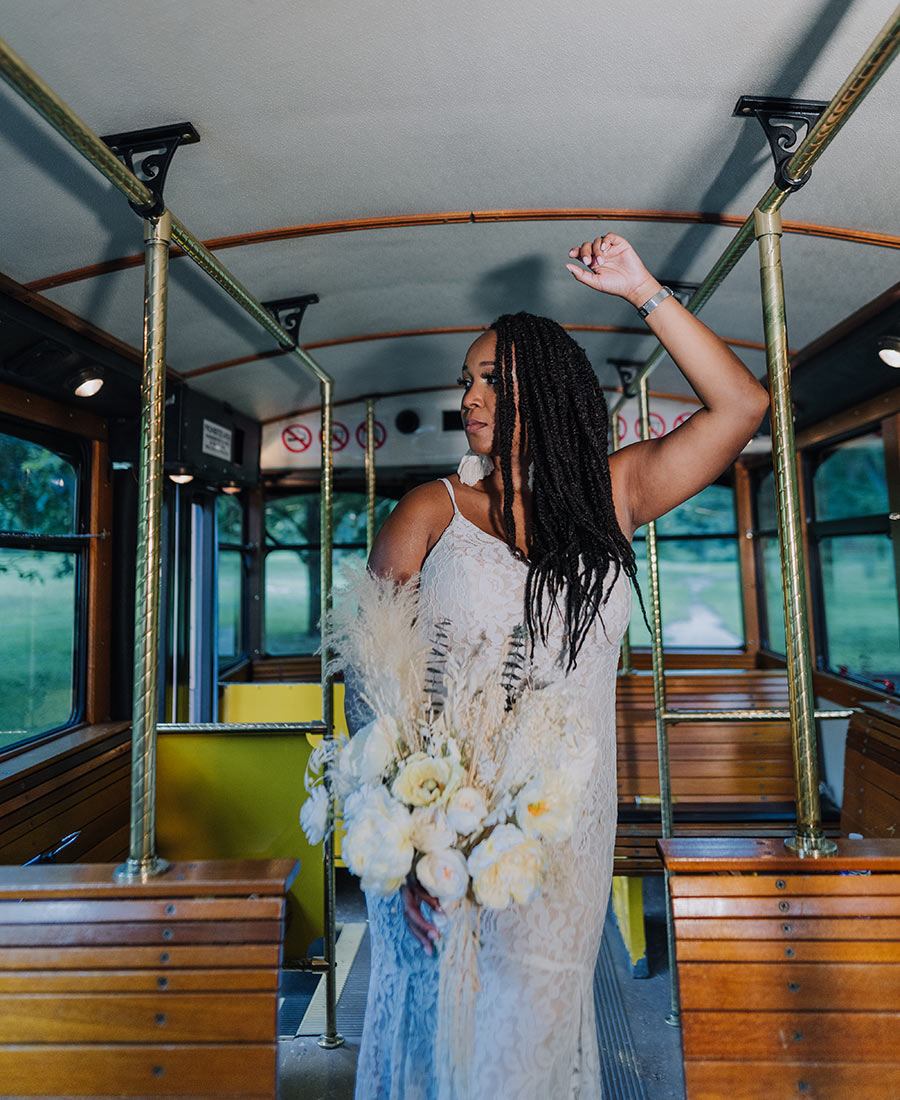 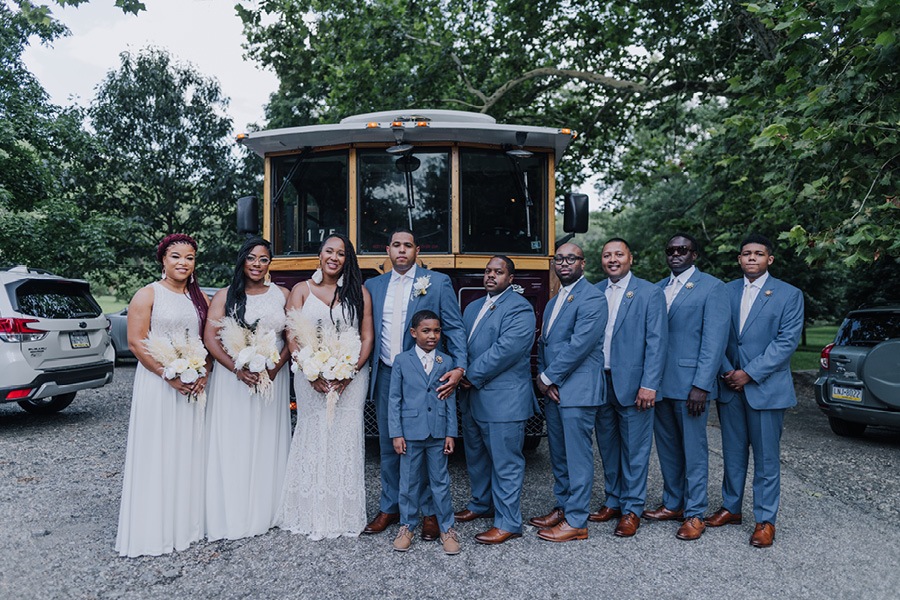 Some 75 guests witnessed it all in person, but about 200 people from around the world — South Africa, Ghana, Florida, Chicago and Antoine’s grandparents in Virginia — watched on Zoom. This was one of the bride’s favorite elements. For Antoine, it was when an ice cream truck drove by during their ceremony. “In the background you could hear the Mister Softee jingle,” says the groom.

In a sentimental touch, Janelle and Antoine honored their fathers, both deceased, throughout the day. Because Janelle’s father was from New Orleans, Janelle wanted to incorporate a street car — Philadelphia Trolley Works was their shuttle. (They also had a photo shoot with the classic carriage.) Antoine’s mother created a slideshow for guests to view. “Antoine and I both cried when we watched it,” recalls Janelle. They used the groom’s father’s Bible, which they had foil stamped with their names and wedding date, during the ceremony. And, later, two antique chairs Janelle’s father had purchased for her were used for the sweetheart table. 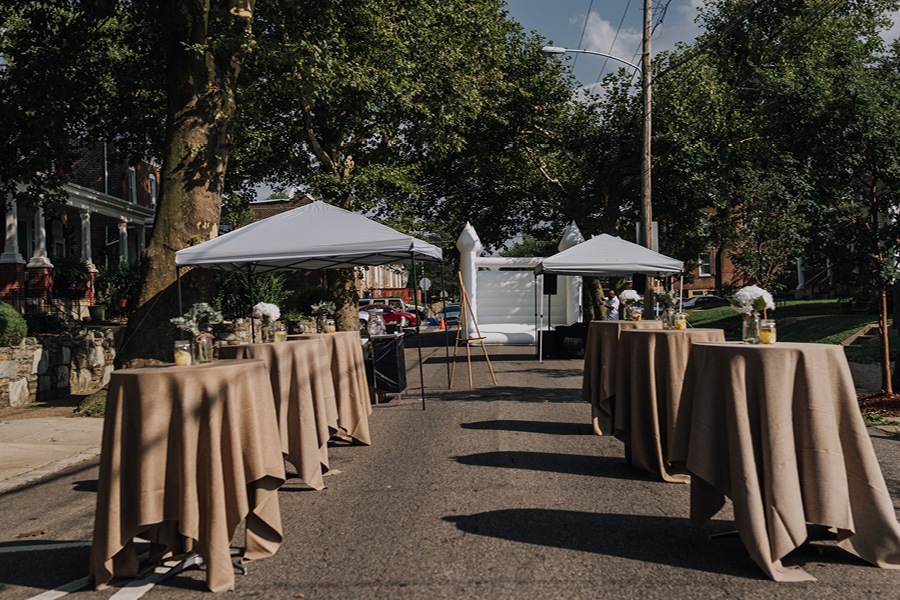 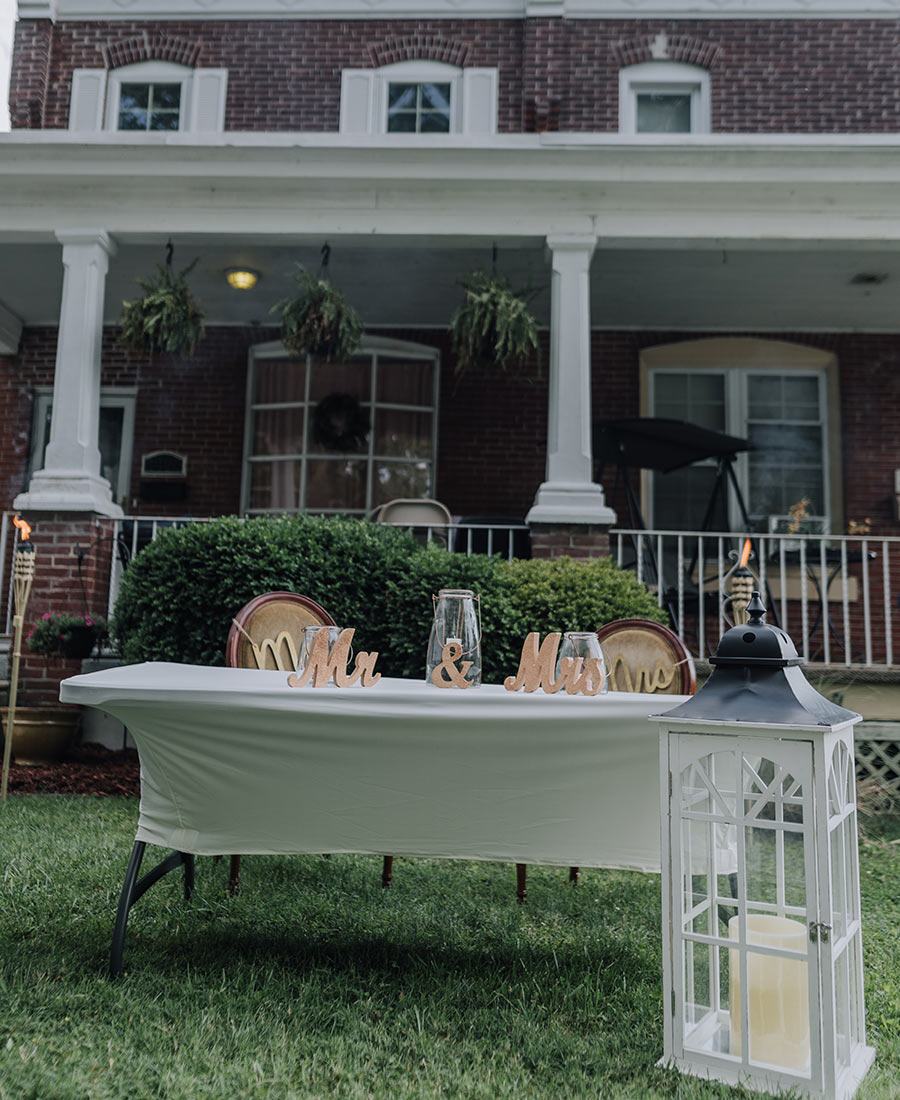 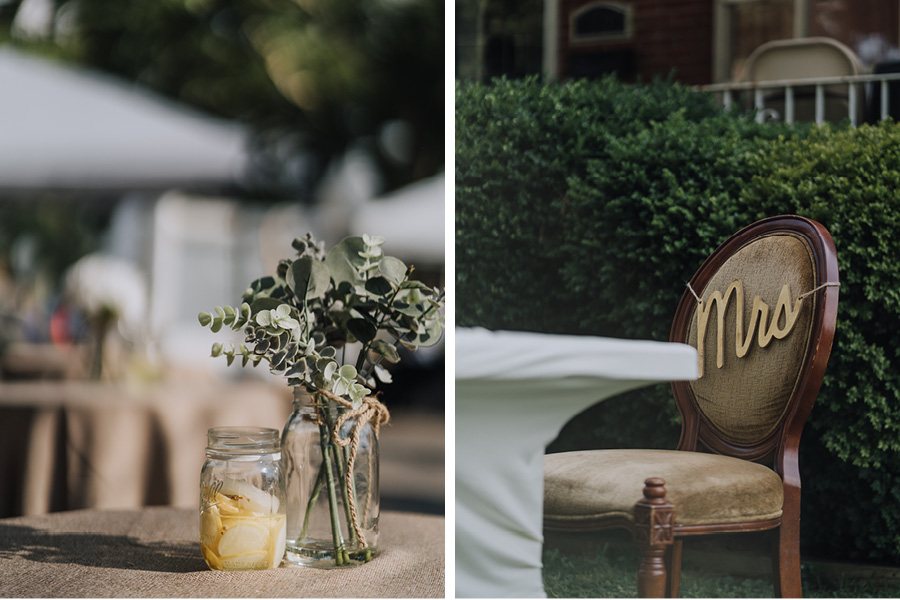 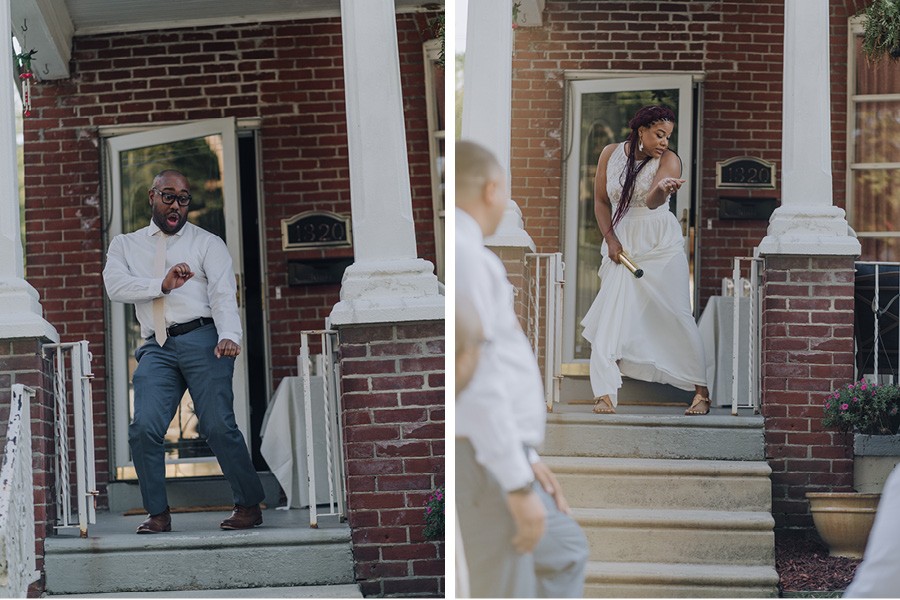 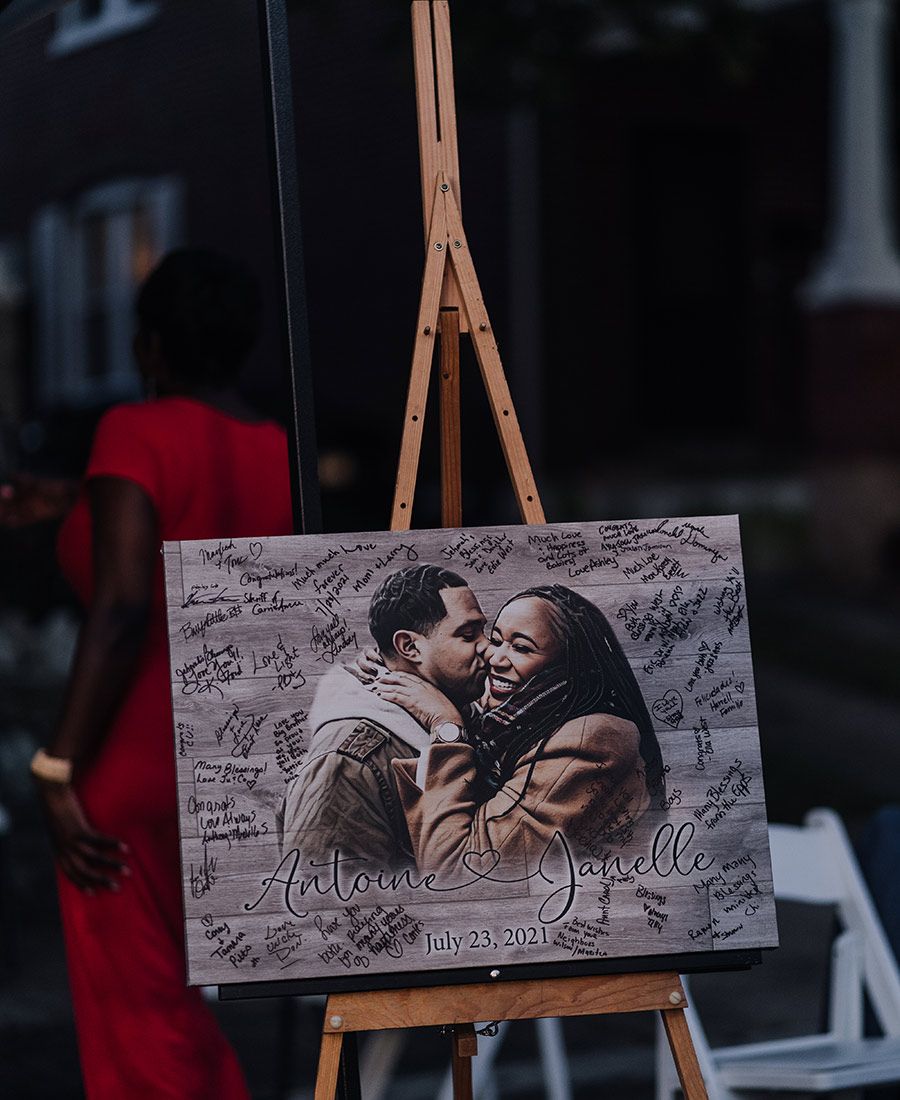 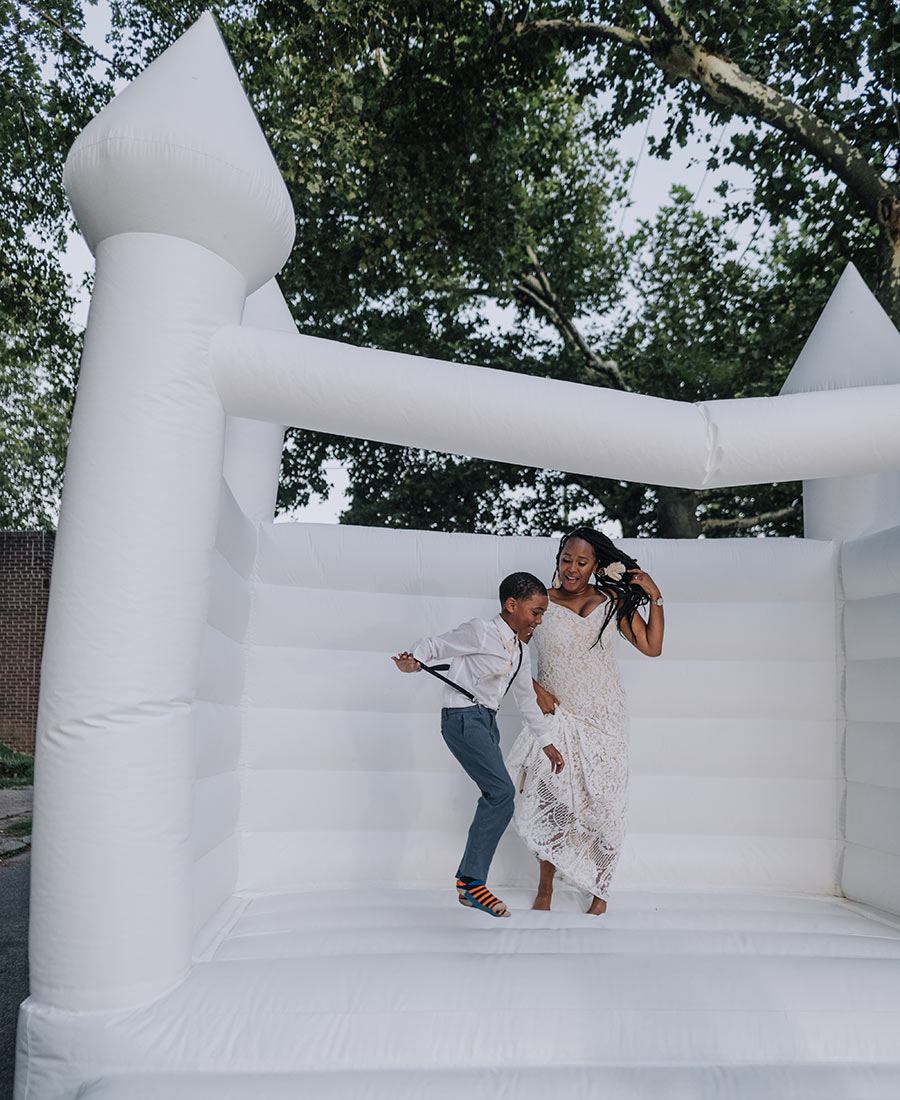 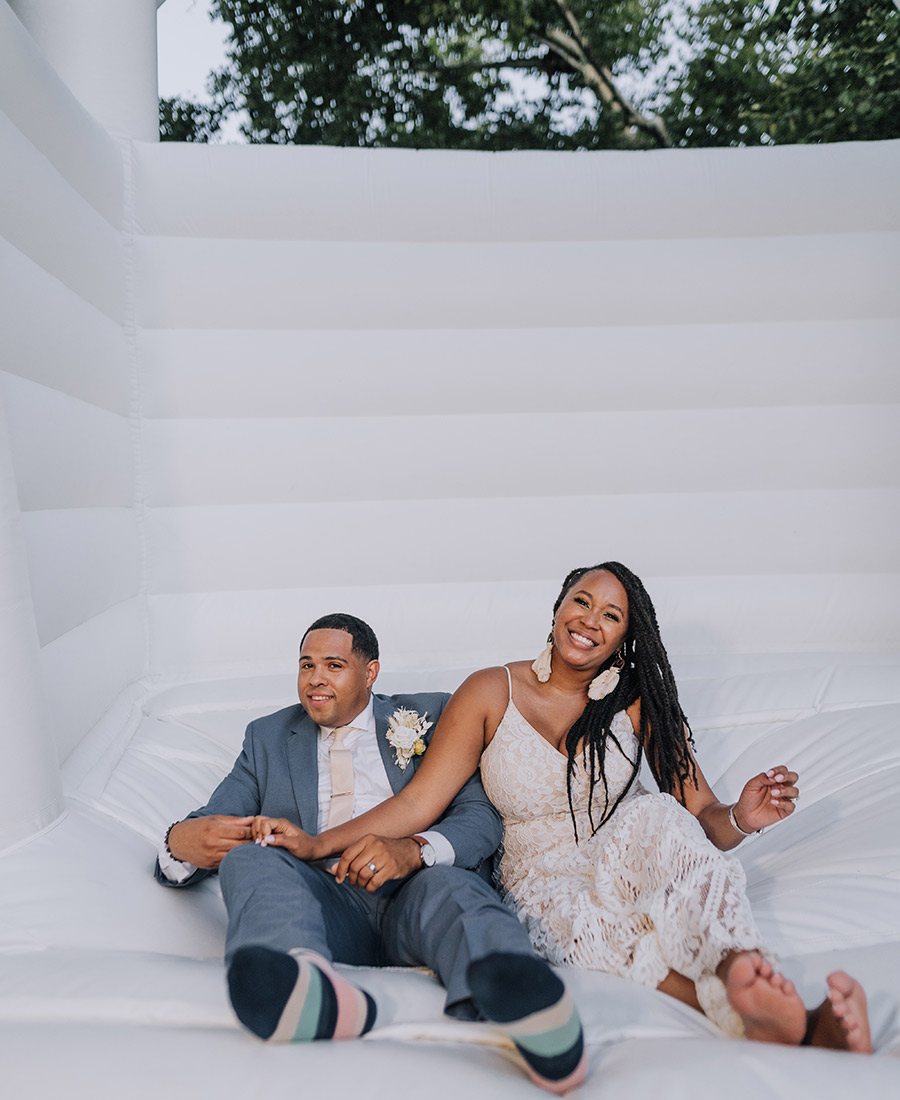 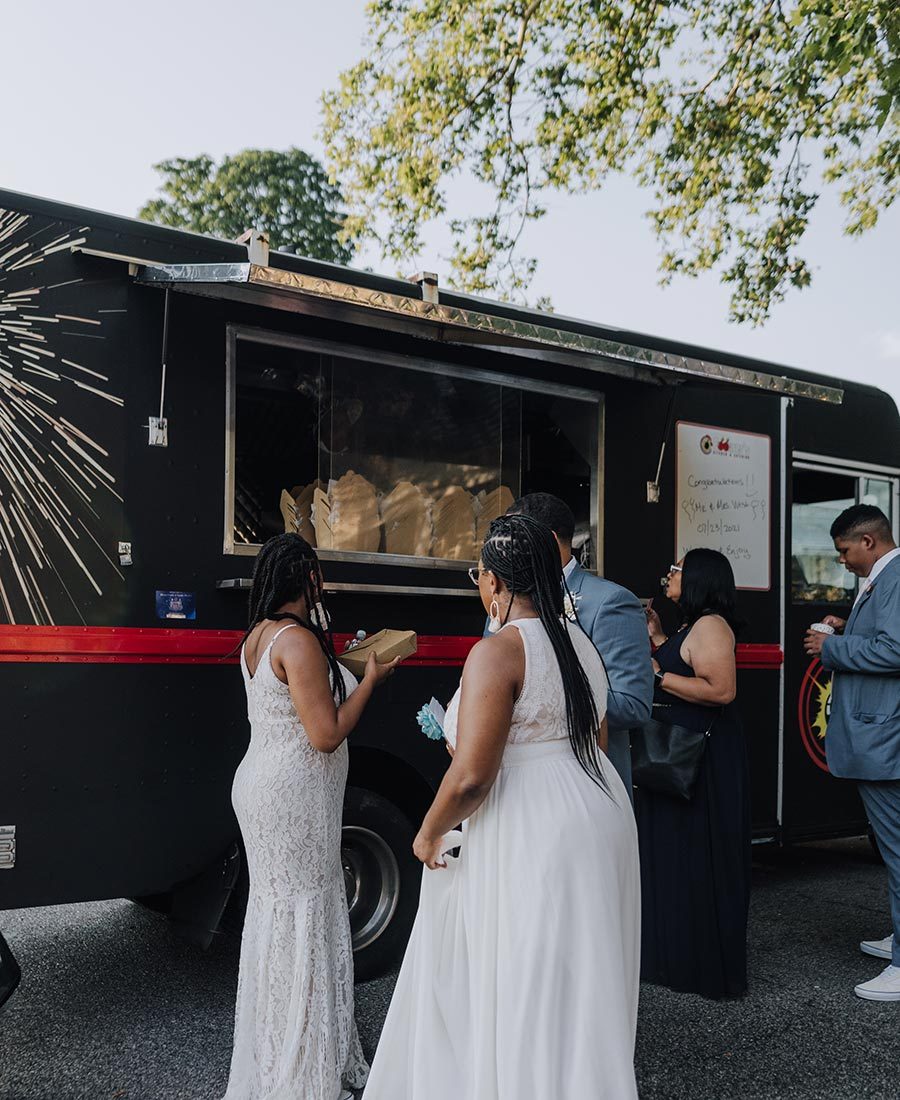 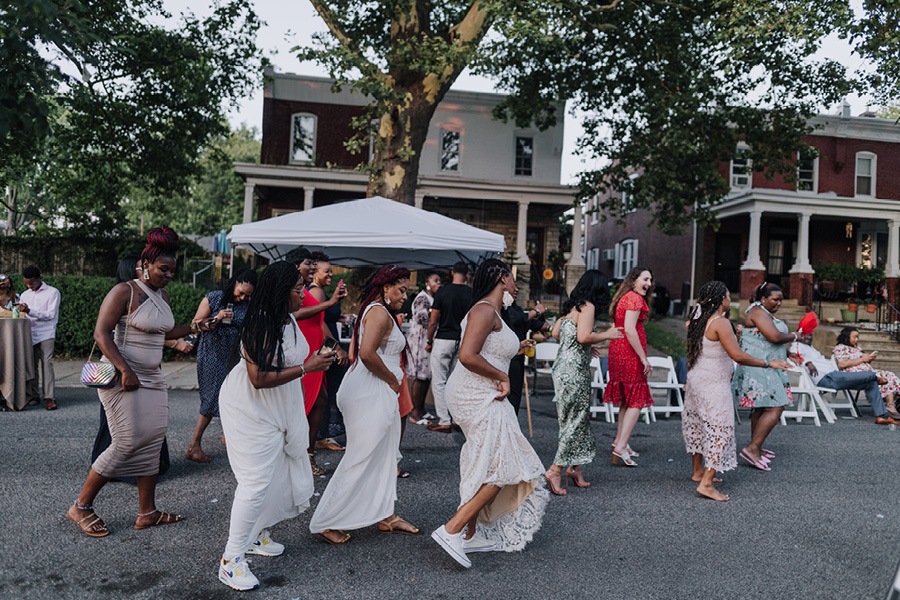 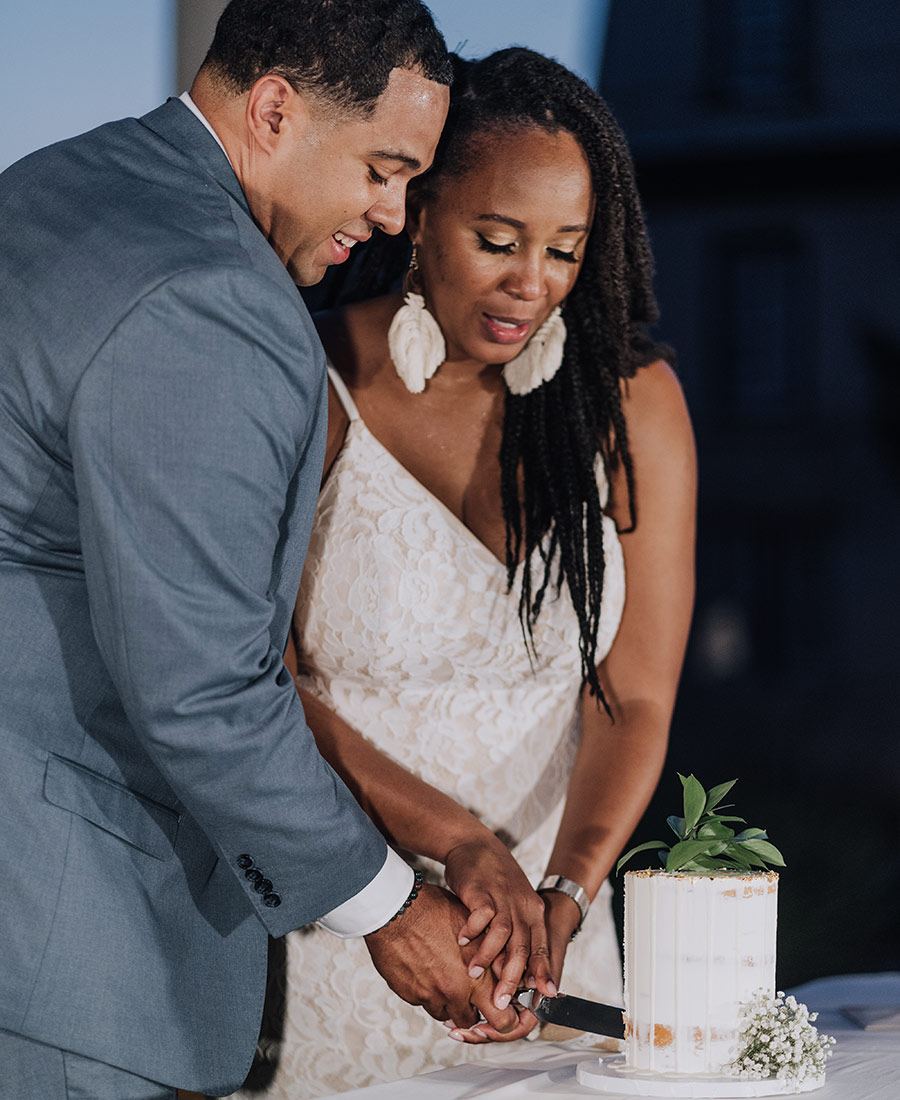 The rest of the celebration simply screamed Summertime in Philly — it was casual, low-key and fun. “We wanted the reception to be more informal to allow people to come and go as they please,” says Janelle, who chose to work with primarily Black- or women-owned businesses in Philly.

There was a water ice stand, pretzels and fresh fruit served in homemade waffle bowls — the latter from food truck Boomer’s Kitchen & Catering, which also served create-your-own burgers, wings, and other dishes, all in individual to-go containers. Guests snacked on cupcakes, while the couple enjoyed a petite naked lemon cake created by Domestic Goddess Philly. And a mobile bar served up four (count ’em) cocktails, including the West Jawn, a twist on a Sidecar. 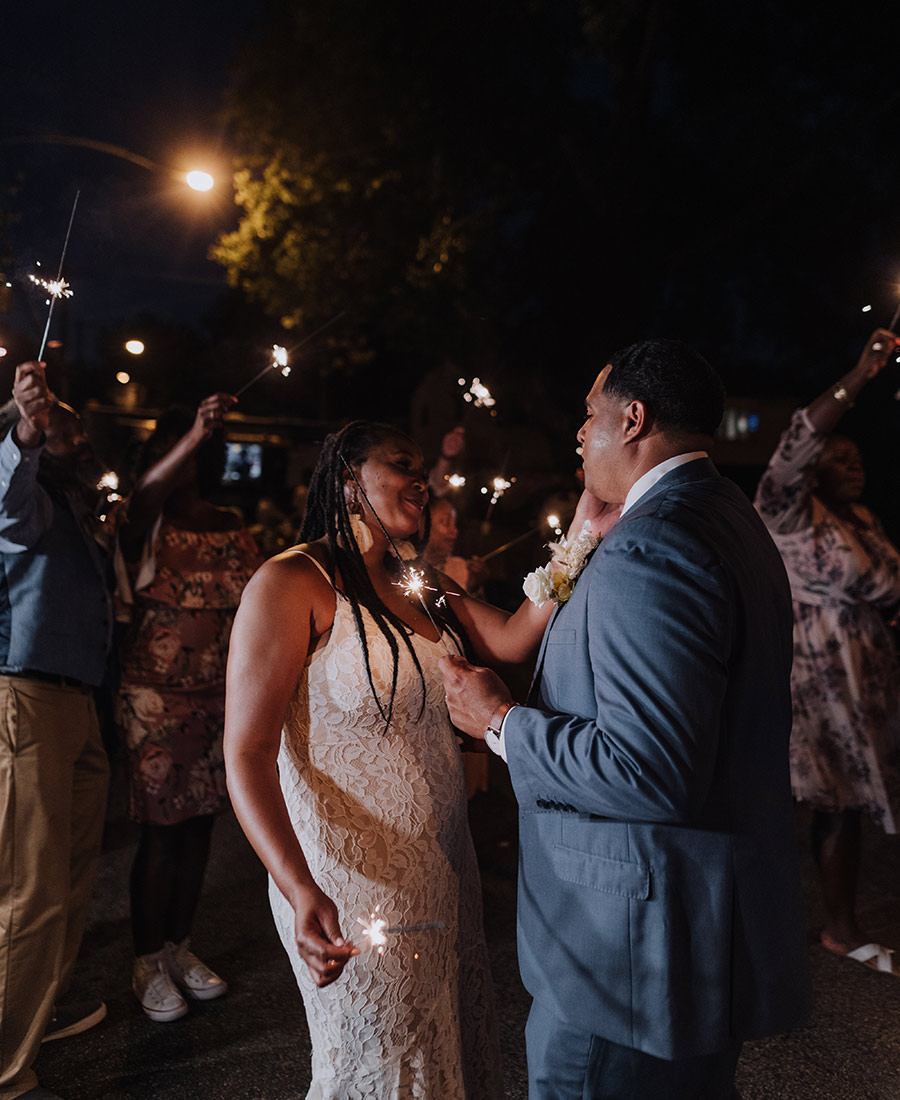 To set the mood? Janelle’s friend since middle school, Everett Jackson — he doubles as Mr. Hollywood DJ and is the announcer for the Philadelphia Flyers — was the DJ. “Early in his career, I helped him to … launch his business. I told him I didn’t want anything — he just had to DJ my wedding in the future.”

Other elements included a 360-degree camera stage and a bounce house for the kids — and adults. Janelle can be seen bouncing with her bridesmaids, Antoine and youngest son Auden — though their elder son got into it, too. “During our wedding planning, Kamari remarked: ‘Weddings are boring — nothing to do,’” says Janelle. “He has since changed his mind.”