The couple moved their food-focused celebration outdoors and held it a day early. 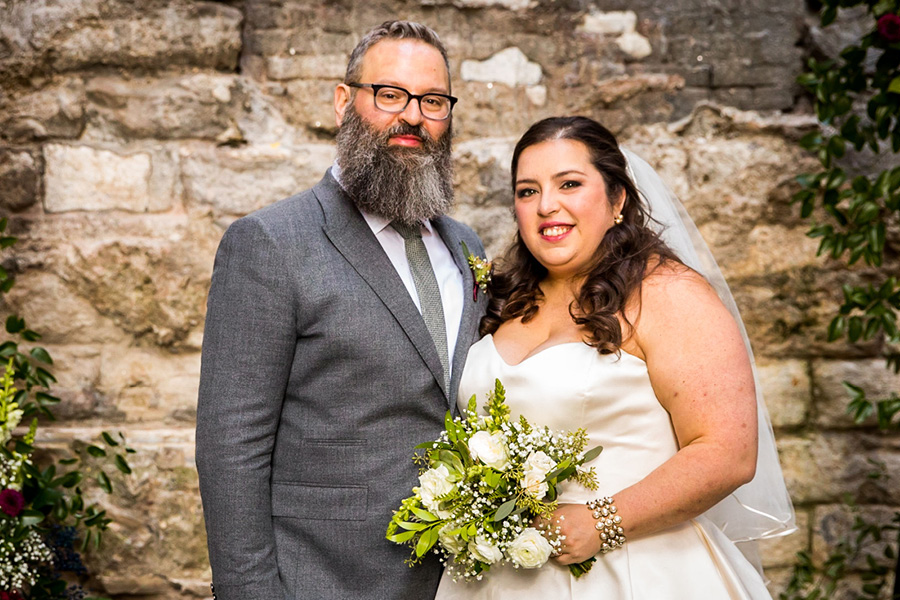 Having a backup plan (often more than one) has become a smart and necessary approach for couples planning their weddings over the last year. Whether they narrowed the guest list, postponed or decided to hold a larger bash in the future, many duos quickly had to figure out the best tactic for them. For this couple, it came down to moving their food-centric Fitler Club micro-wedding up a day to narrowly miss new citywide COVID guidelines, doing COVID testing beforehand, and even having an alternate officiant step in at the last minute. But it was all worth it and further solidified their reason for getting married in the first place. JPG Photo & Video snapped all the meaningful moments, which you can see below. 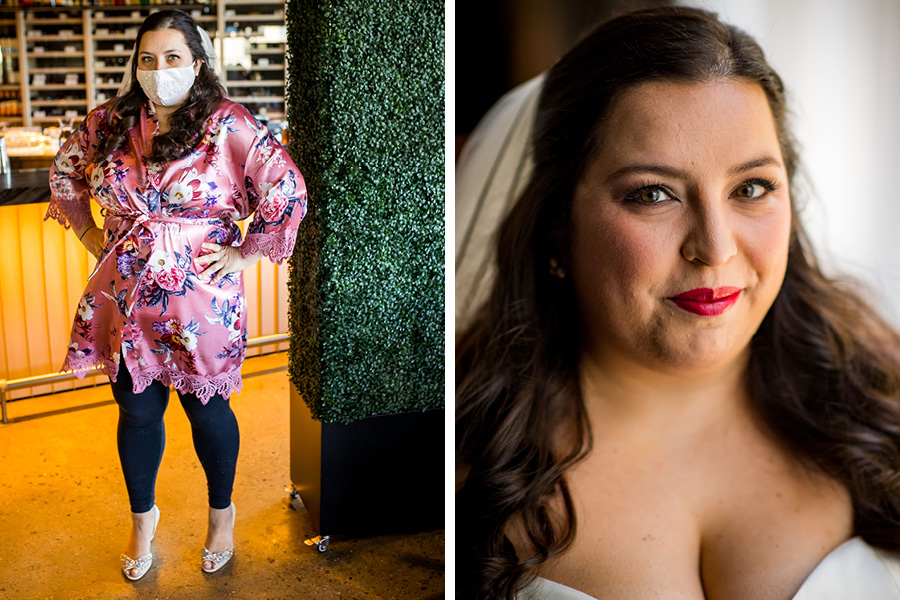 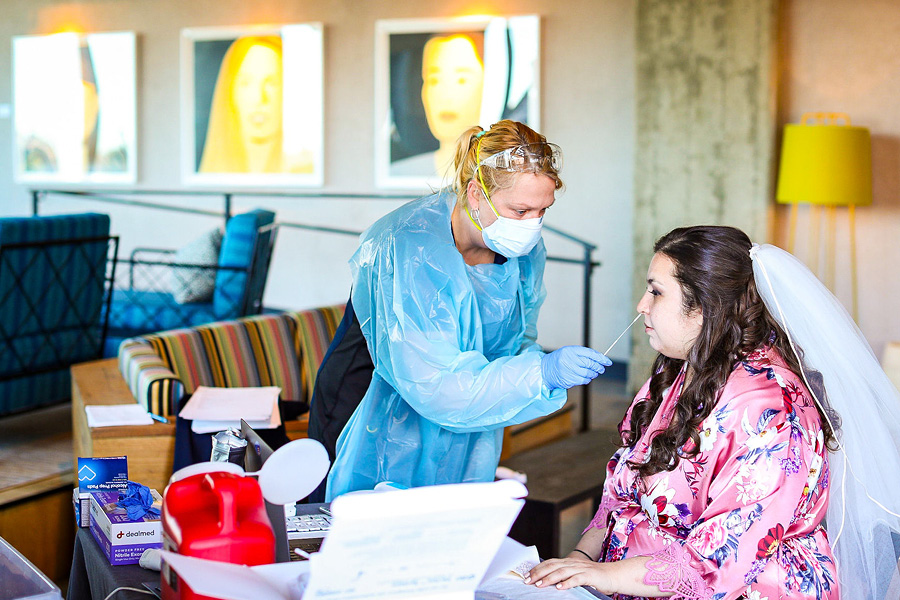 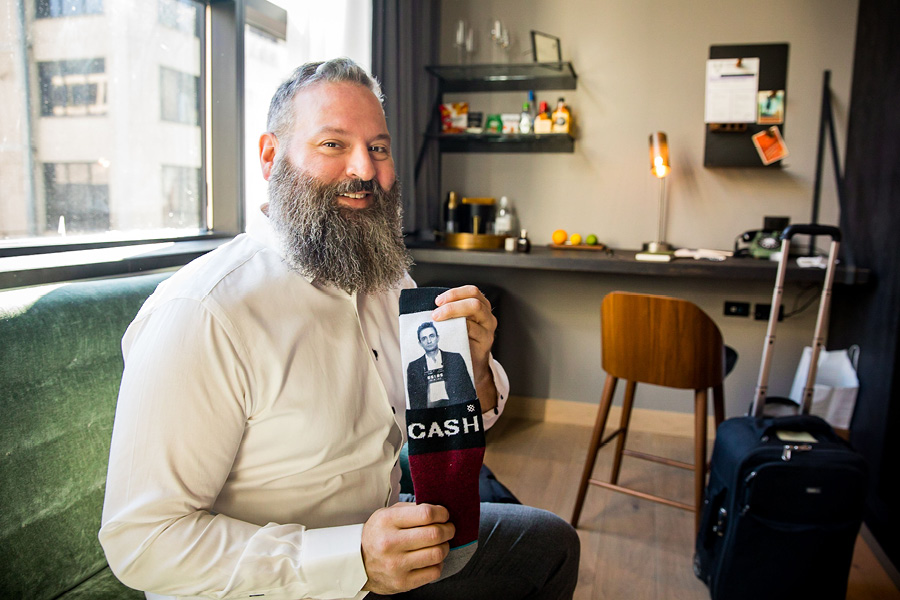 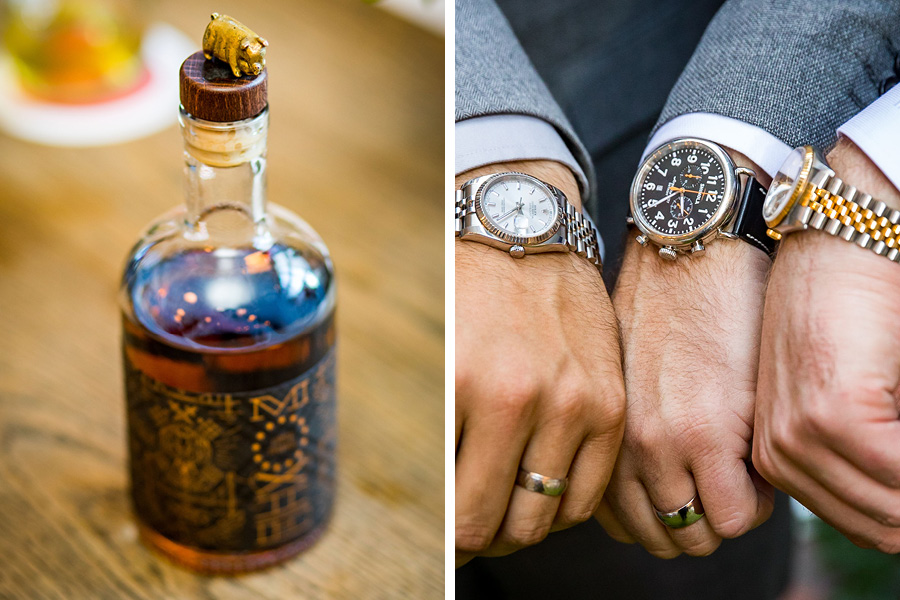 For Aubrey Montgomery and Josh Nanberg, it wasn’t love at first sight — far from it. The NoLibs couple met in 2006 while Josh, a political communications consultant, was managing a congressional campaign in Bucks County. “I thought he was a typical arrogant political staffer and for years didn’t like him,” admits Aubrey, a political fundraising consultant. Opinions changed six years later at an event in NYC. “He was nice, funny and professional,” she says. “I had been totally wrong.”

The coupled dated for six years before Aubrey proposed on the Fourth of July — during a trip to London. They’d just seen Hamilton, savored cocktails at the American Bar at the Savoy, and were in the back of a cab. Aubrey gave Josh a Shinola limited-edition Great American Liberty watch and a notebook engraved with the words, “Will you marry me?” Josh gave Aubrey a David Yurman engagement ring for Christmas later that year. 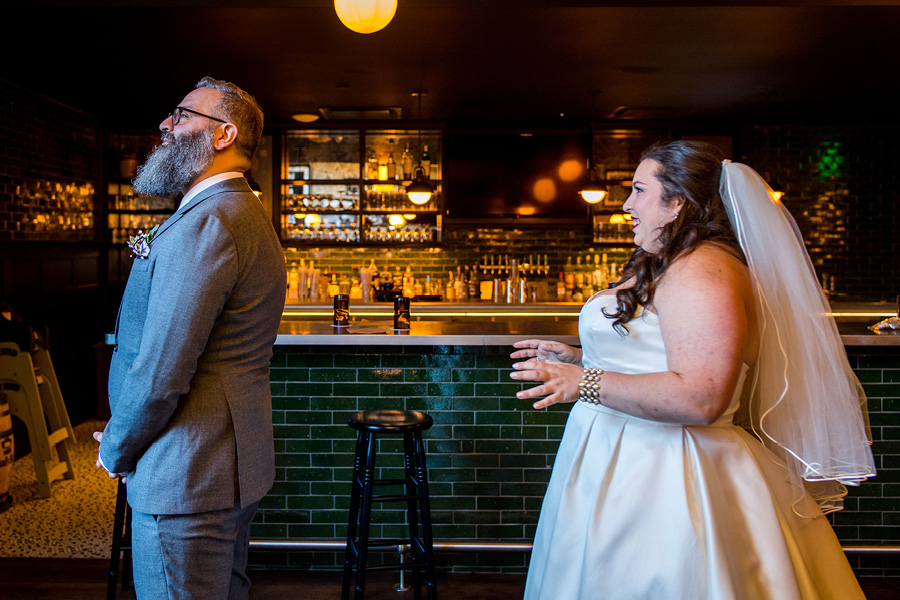 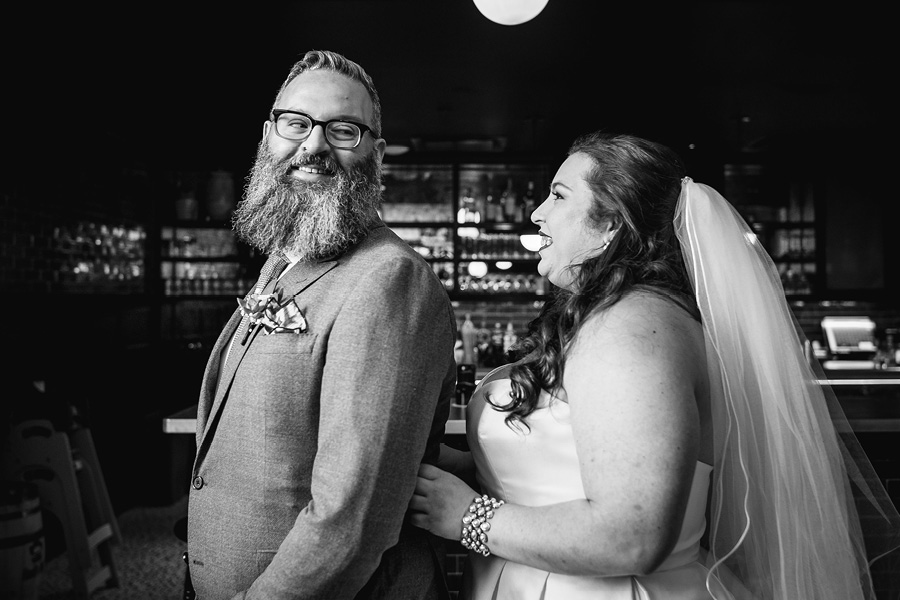 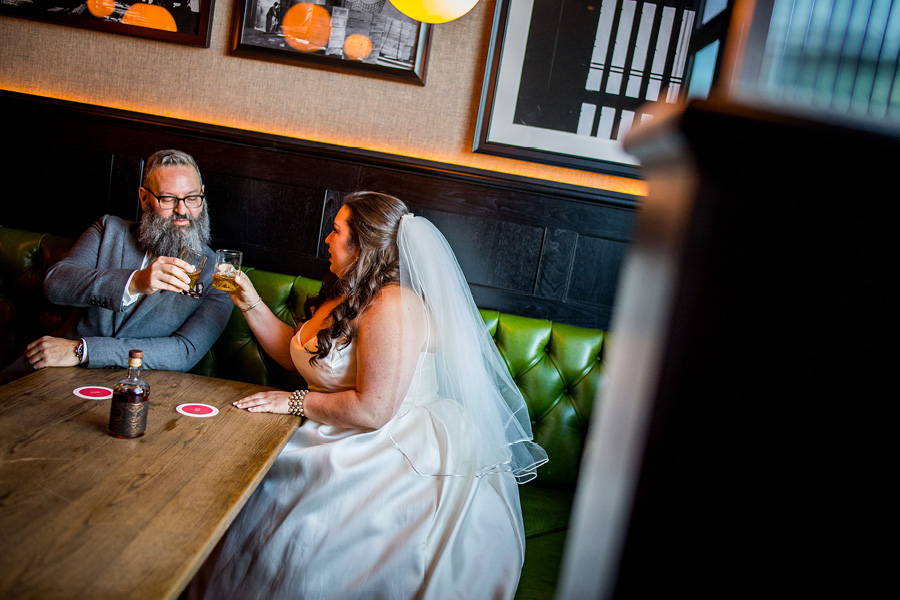 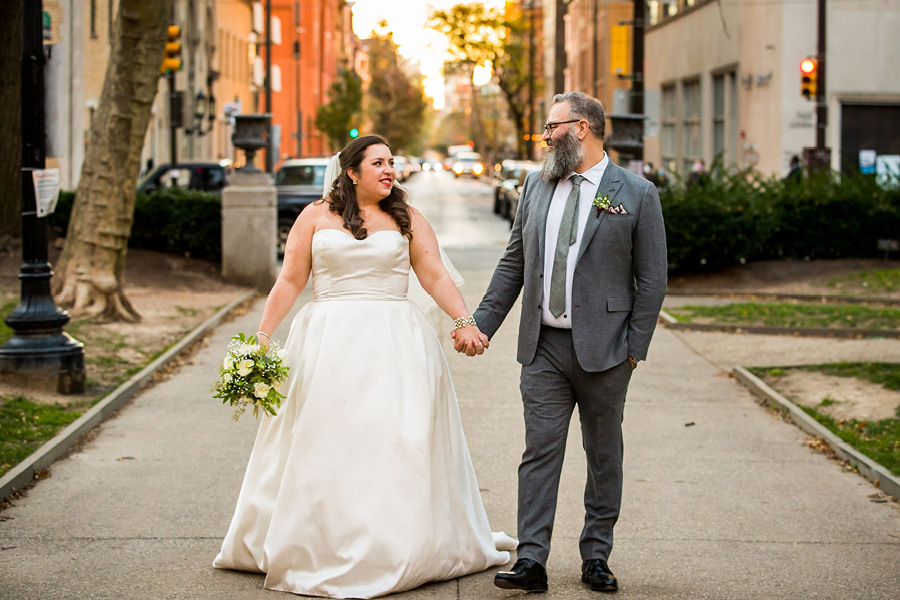 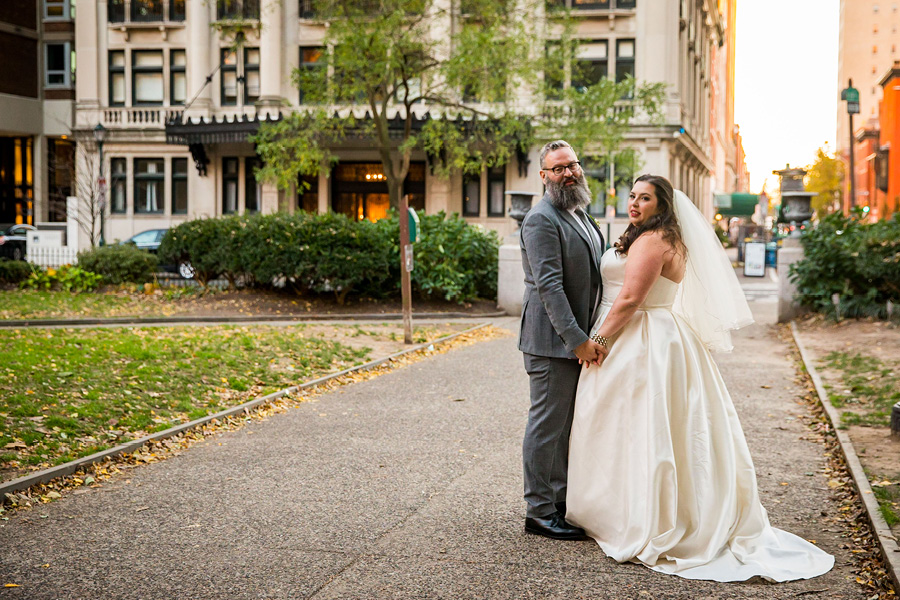 Because of their appreciation for good food and wine, the couple had hoped to hold a destination wedding with 150 people in Napa on November 21, 2020. When the pandemic changed their approach, they decided to keep the date and stay local, with a Fitler Club micro-wedding. They themed their celebration “our shared first meal as husband and wife” and planned accordingly. COVID testing and welcome cocktails would take place Friday night, followed by a ceremony in the garden with a multi-course meal and wine pairings in the ballroom on Saturday evening.

A week before the Big Day, Aubrey got a tip from one of her City Council clients — also an invited guest — who shared that Philly’s new, soon-to-be-announced COVID guidelines would affect weddings. The couple took it in stride and began prepping backup plans, like taking the whole wedding outdoors or canceling the reception and holding the ceremony at their new home. But when the rules were released, they were even more restrictive than expected, and would take effect 24 hours before the wedding. So, with the help of planner Allie Beik of Polka Dot Events, Aubrey and Josh moved everything up a day (to November 20, 2020) and outside, and turned it into a lunch. A key factor in their decision to move forward? Beik confirmed mobile medical company IVEE to come earlier in the day to do rapid testing for all the in-person attendees. 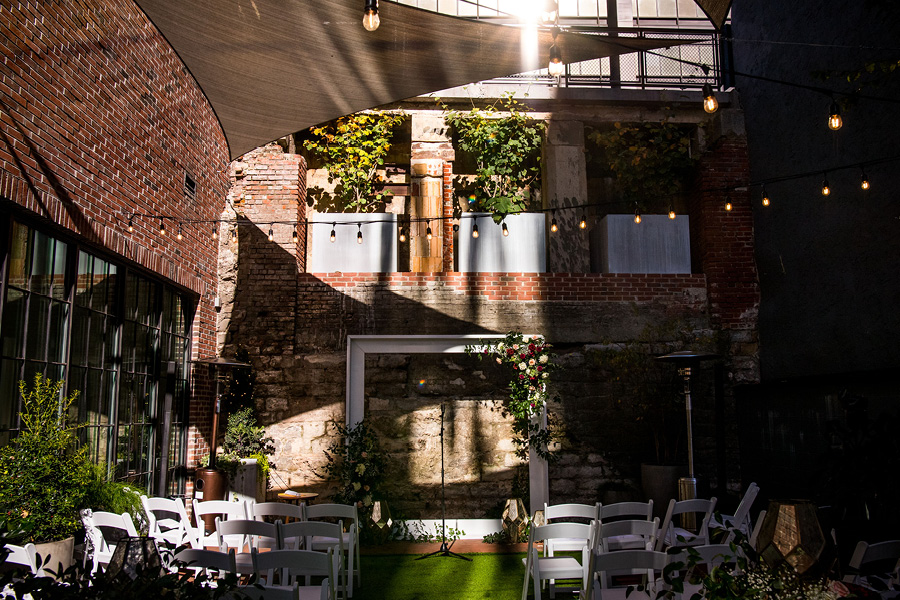 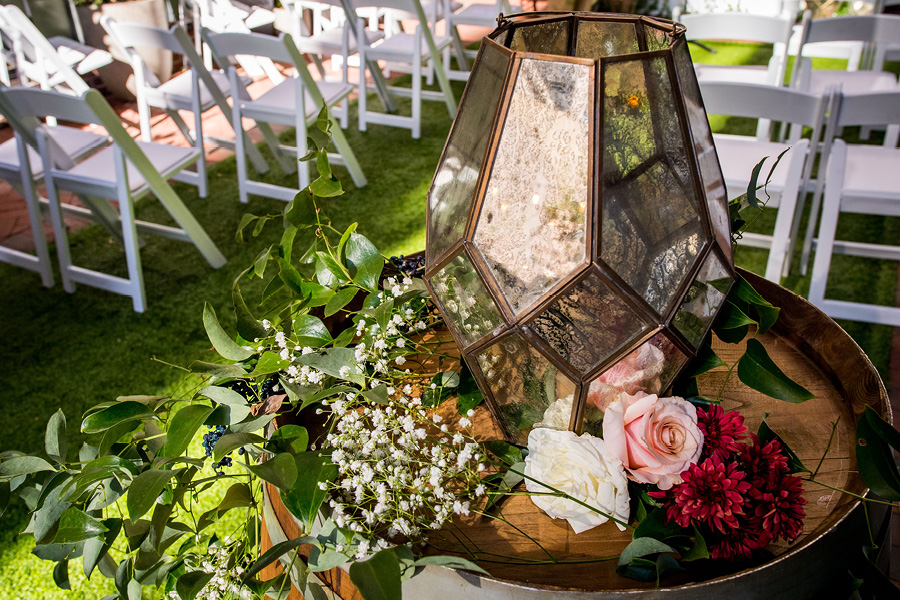 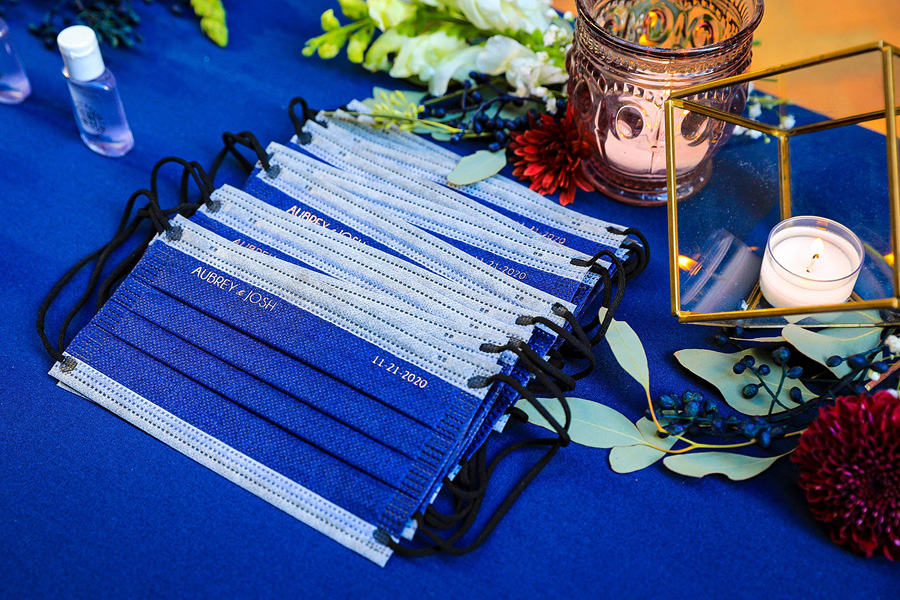 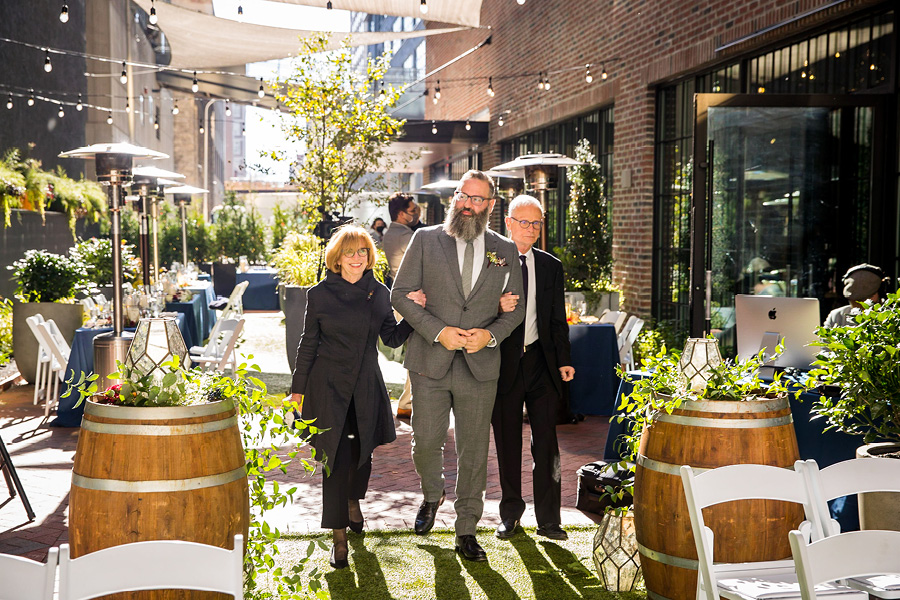 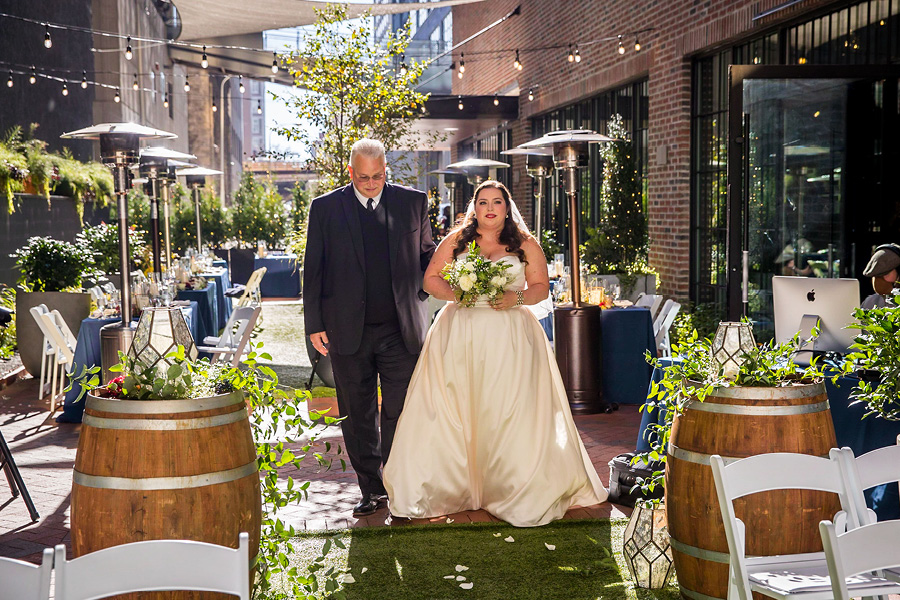 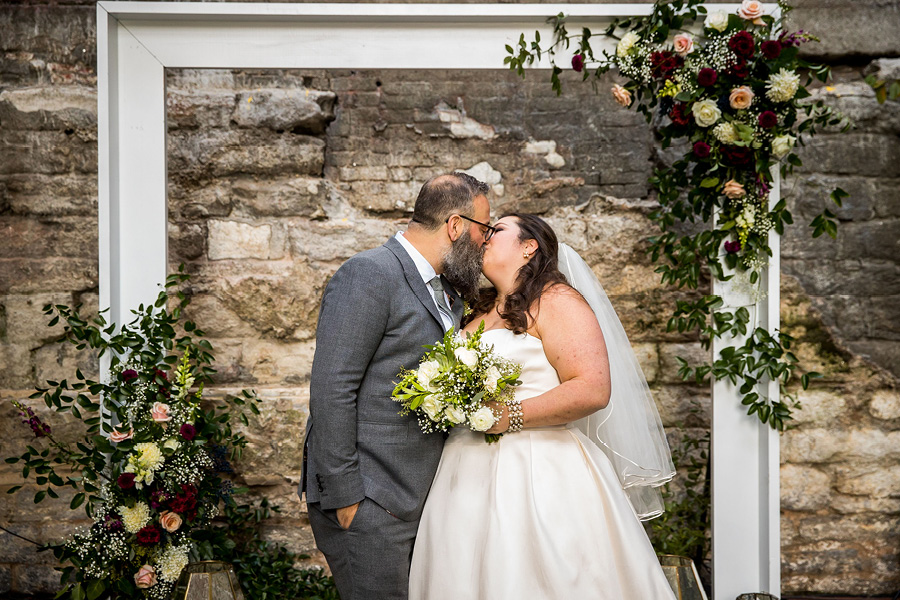 The day-of brought another complication: The officiant’s wife received a positive result from the rapid test, and neither one attended. (They ultimately tested negative on the PCR, however, which was taken at the same time.) Instead, the best man, Scott Remley, was deemed the one to hold the honor — a decision made five minutes before the ceremony. It was a surprise to the 26 in-person guests and those who attended via live-stream, the latter of which was hosted on a private YouTube link. The couple appreciated being able to speak to the online guests in real-time, and made sure that their digital friends and family members felt included. For example, the video included a toast by one of Josh’s oldest friends, who sabered a bottle of champagne using one of the couple’s favorite wedding gifts.

Other poignant elements included a recorded speech from Aubrey’s sister who couldn’t attend due to the date change. Aubrey’s maid of honor held an iPad so Aubrey could watch. And the groom loved that he and Aubrey were able to involve so many friends and family members in the toasts. “It was a way for us to honor the people who, just by making their way to the wedding, had already shown how much they loved us,” he says. 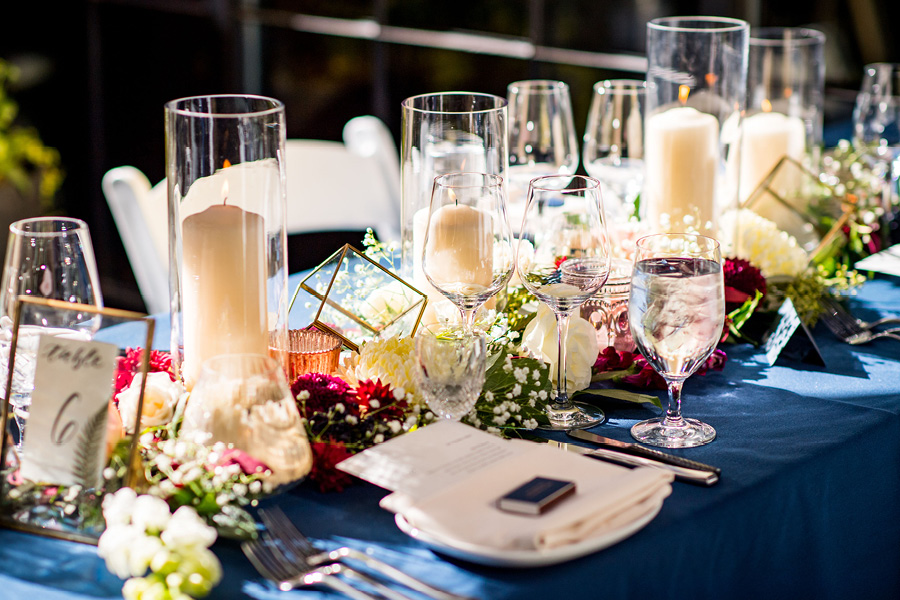 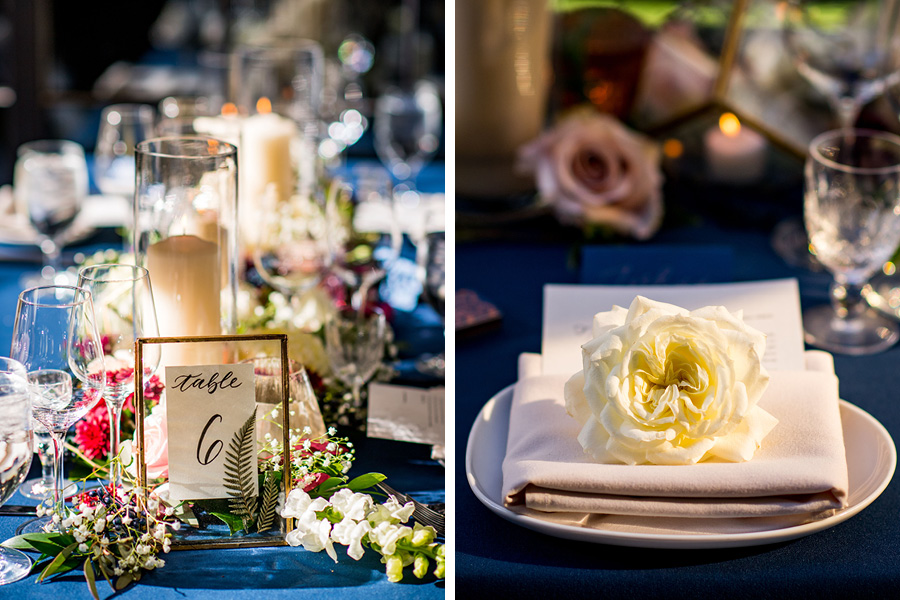 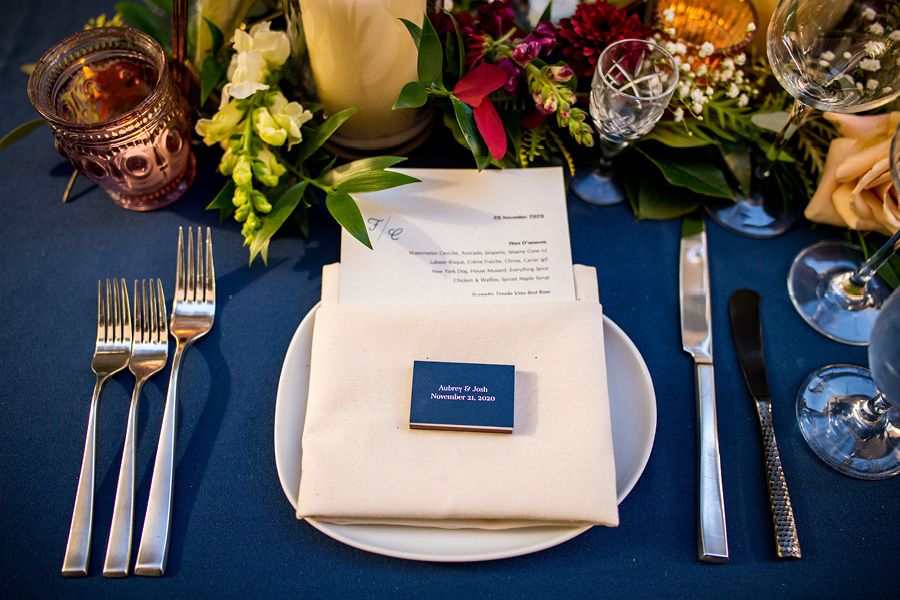 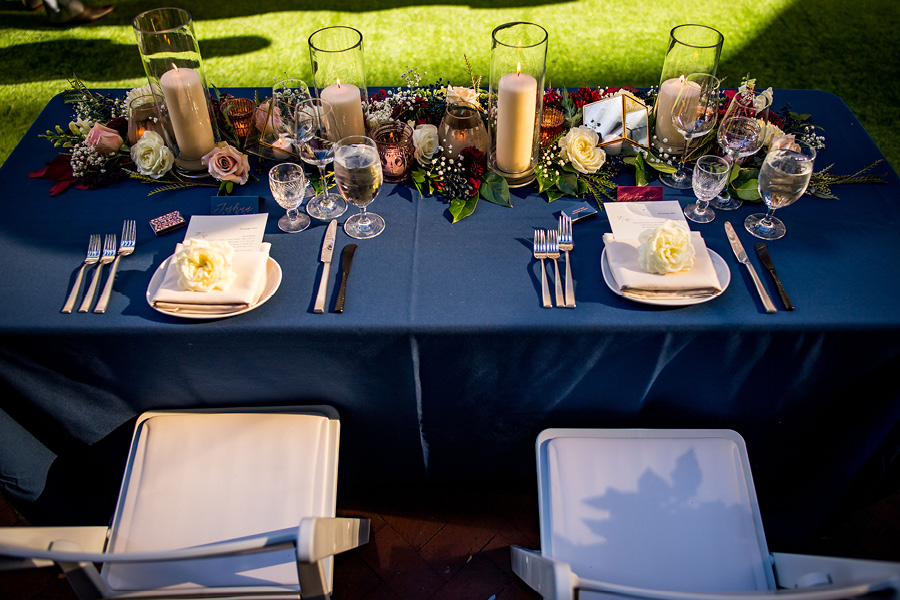 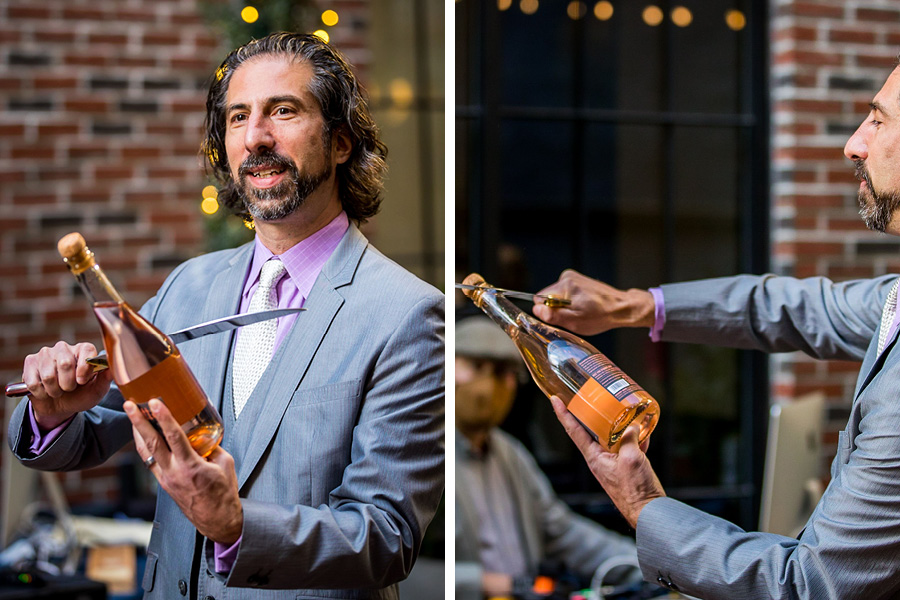 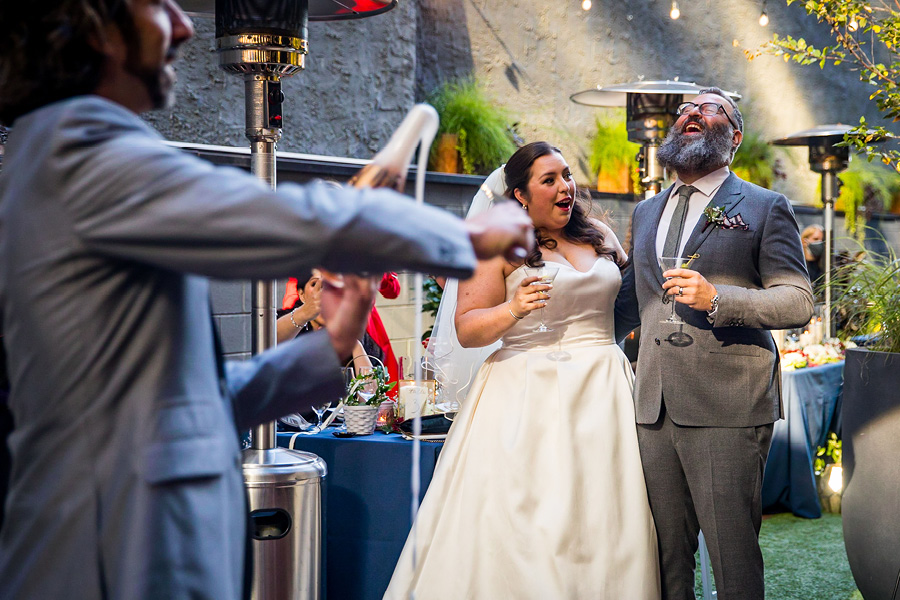 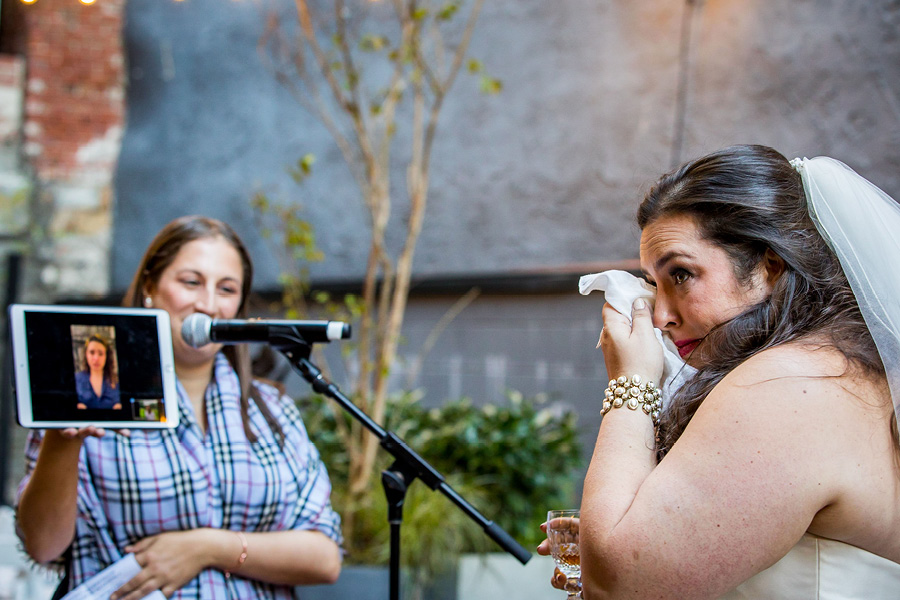 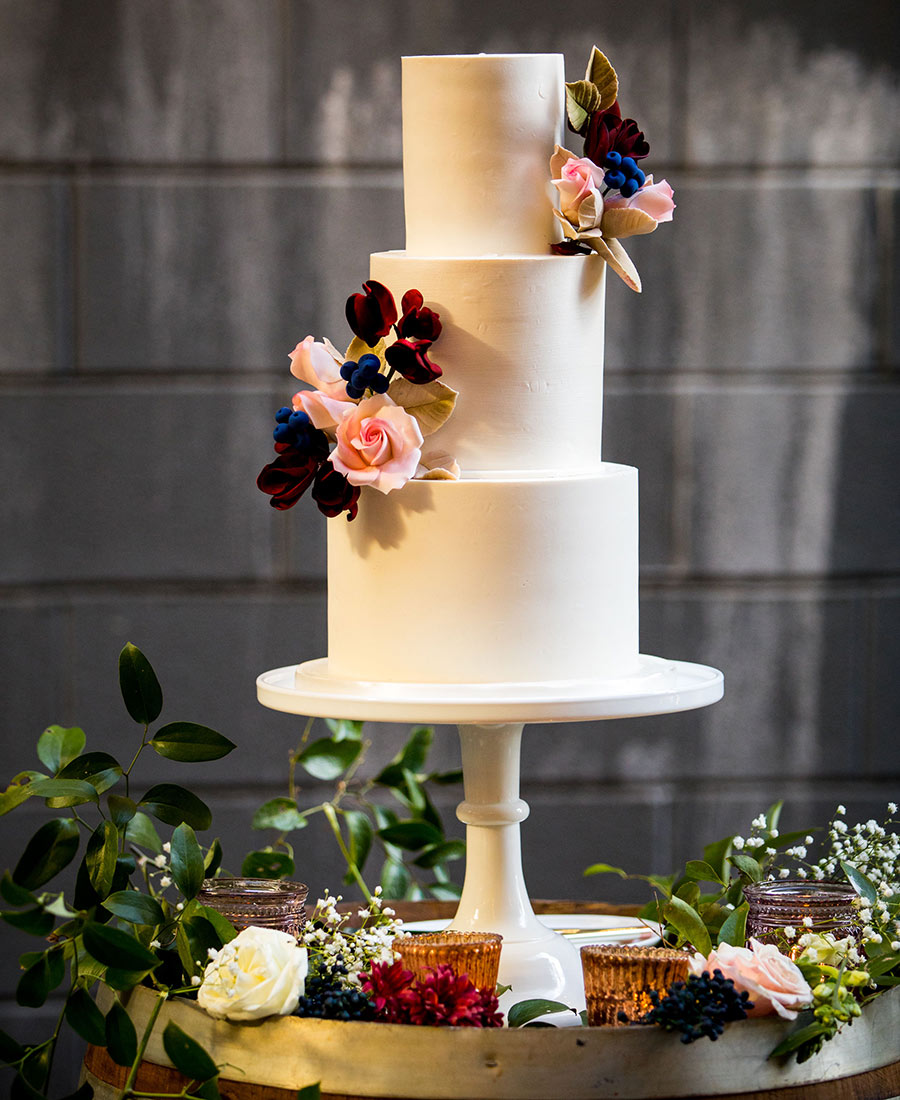 Then there was the menu — beet salad, truffle-mushroom risotto, branzino or short ribs, all paired with wine, but of course. For dessert: a chocolate dulce de leche and almond raspberry cake by Sugar Realm and affogato. And amaro was served in Aubrey’s grandmother’s cordial glasses for a final sip. 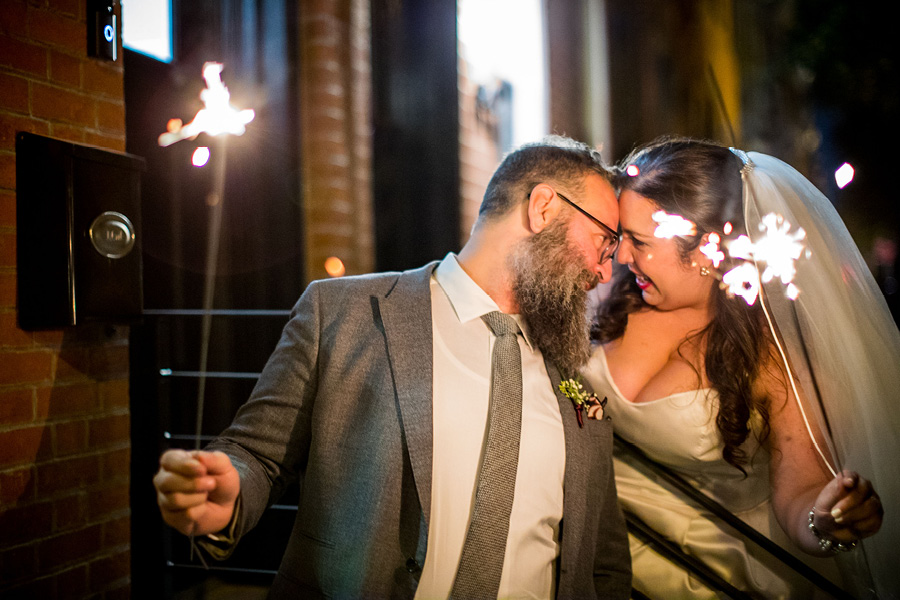 As for their future plans? Aubrey is planning a Jewish conversion; the couple hopes to have a larger religious wedding to follow, when they can celebrate their love once again. “The wedding is a party, and the marriage is for life,” they say in closing. “Frankly, surviving wedding planning together during the lockdown and quarantine just reconfirmed how much we wanted to be married. It made us focus on the absolute most important parts of our wedding — to safely say our vows to each other in front of our immediate family and closest friends.”