They Met as College Roommates. Twelve Years Later, They Got Engaged at Paxson Hill Farm

“Love is here for everyone,” says MyAsia Isler, who popped the question at the scenic garden in New Hope. 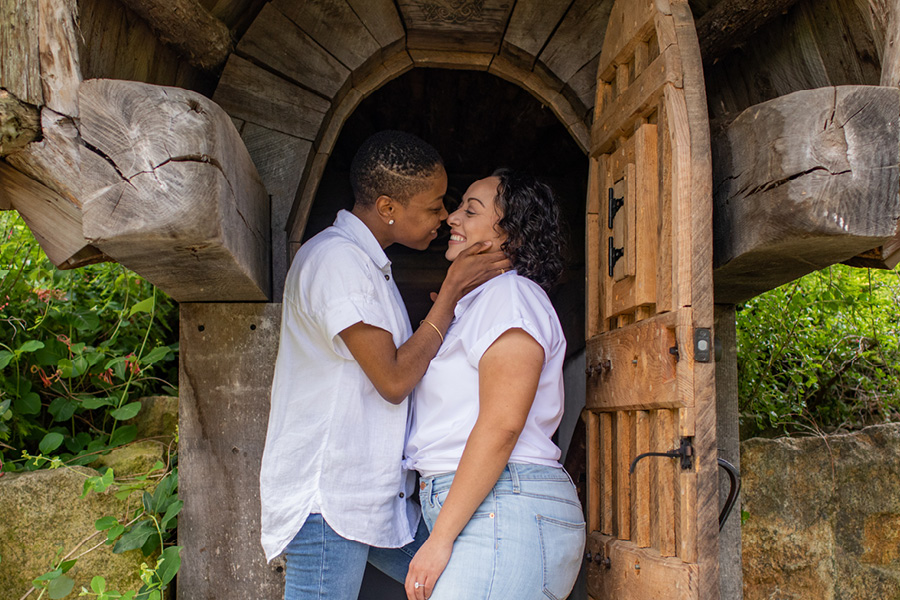 Sure, we love a big proposal — names in lights, surrounded by family and friends, with a party afterward to celebrate the happy couple. But we also love the completely opposite approach, when you pop the question in an intimate space, with just the two of you (and your photographer to capture it all). Such is the case with this New Hope proposal story. The pair got engaged at Paxson Hill Farm amid the tranquil, animal-filled garden setting, and Shannon Collins Photography snapped every beautiful moment. Check it out below. 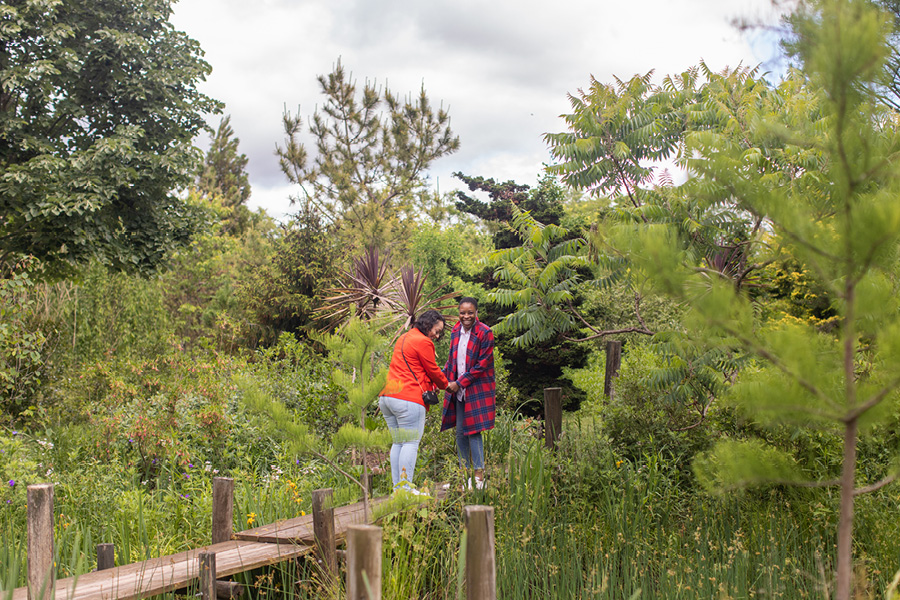 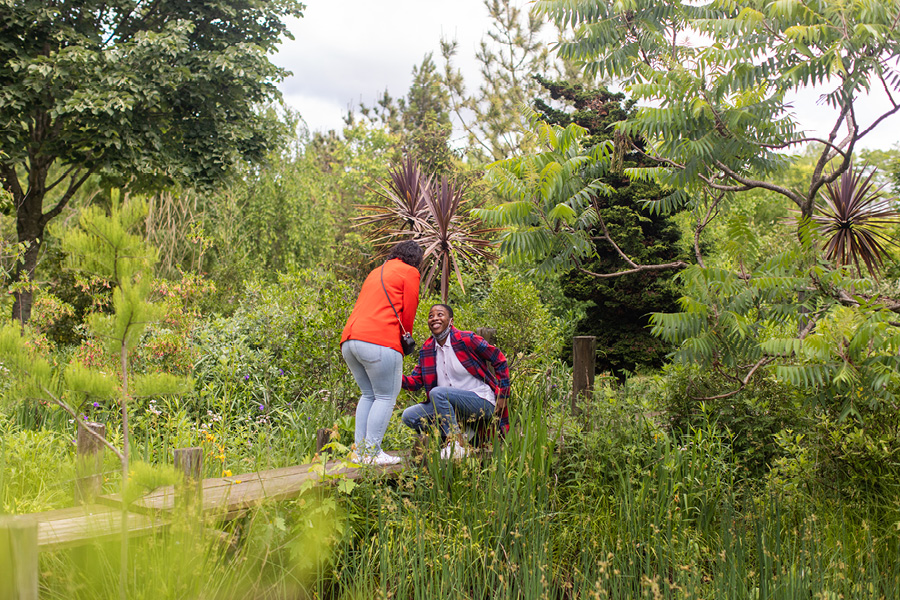 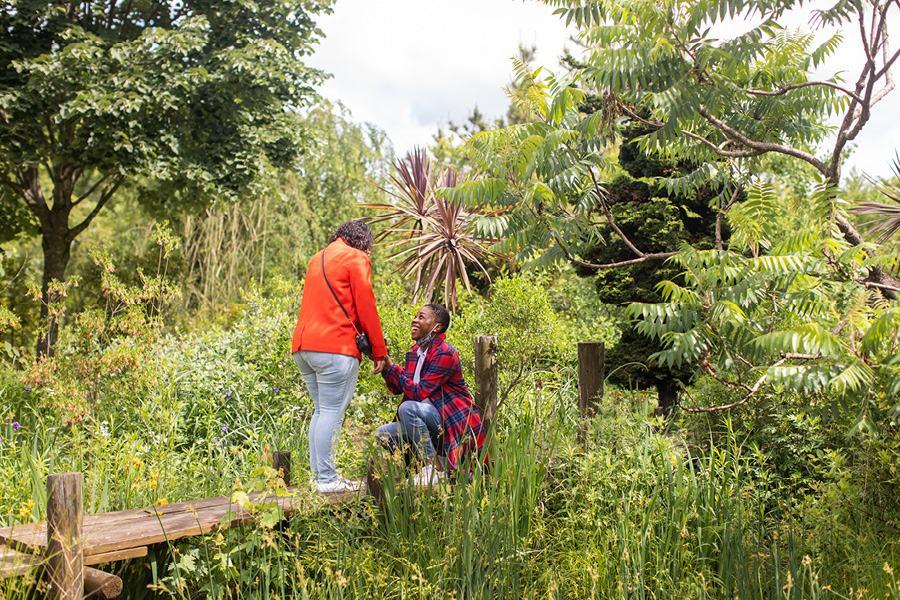 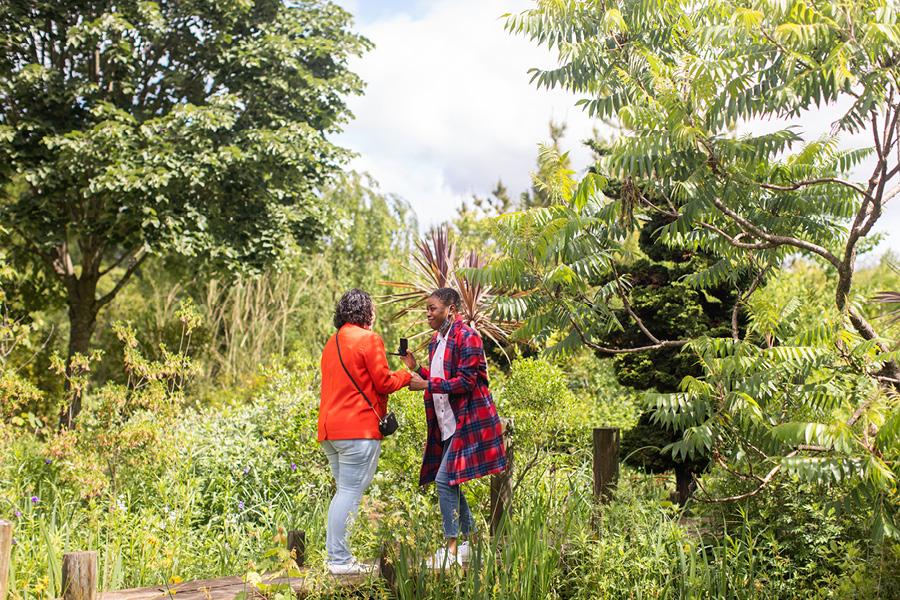 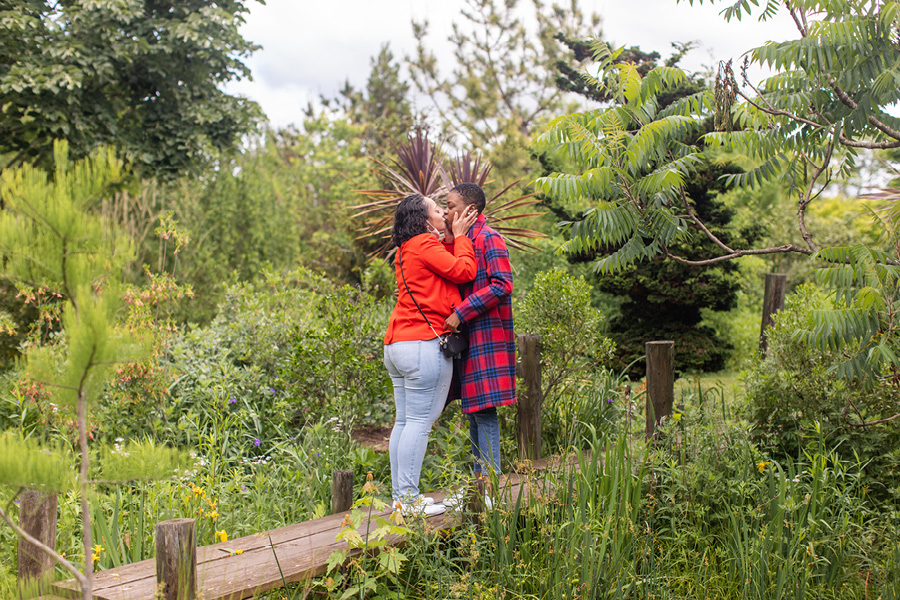 The couple: MyAsia Isler, a 33-year-old auditor, and Joann Vega, a 32-year-old administrative assistant, both of Trenton

How they met: MyAsia and Joann were college roommates for two years and became close friends. They graduated in 2011 and kept in touch for the next eight years but didn’t see each other again till 2019. They decided to get together for lunch, but their plans kept falling through. Luckily, they had the phone and texts to keep them going, and as their chats became more frequent, they realized they were compatible. “It’s still a debate on who flirted first,” says MyAsia. Their eventual lunch turned into their first date. 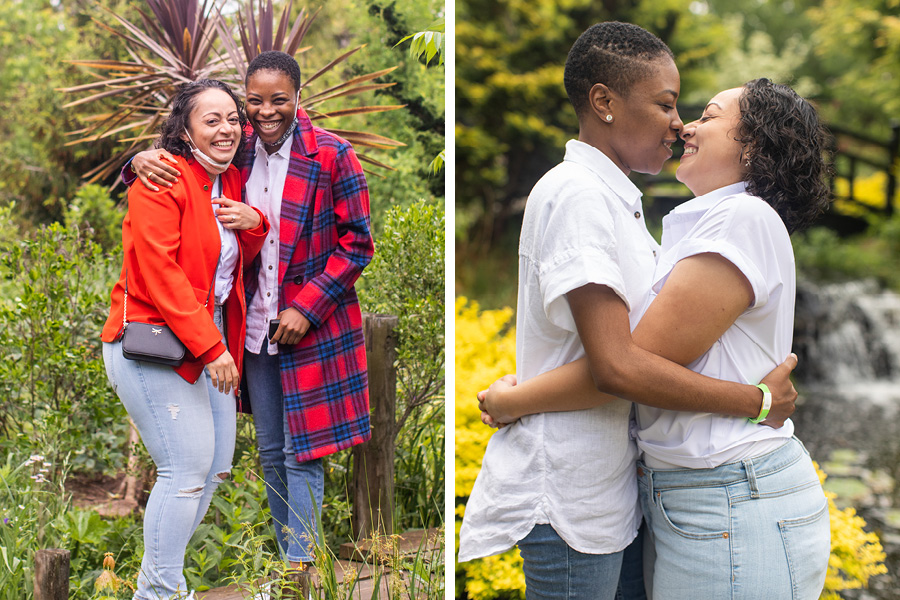 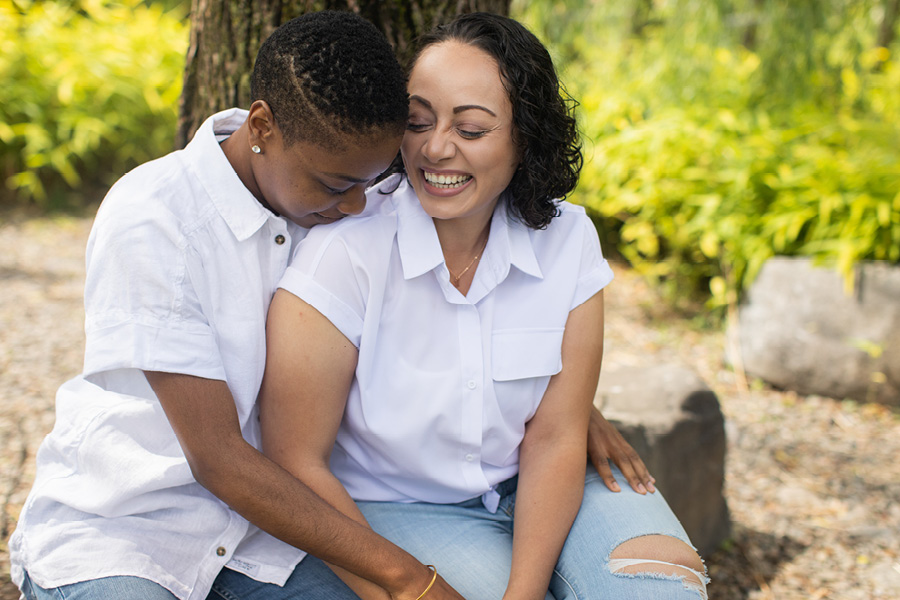 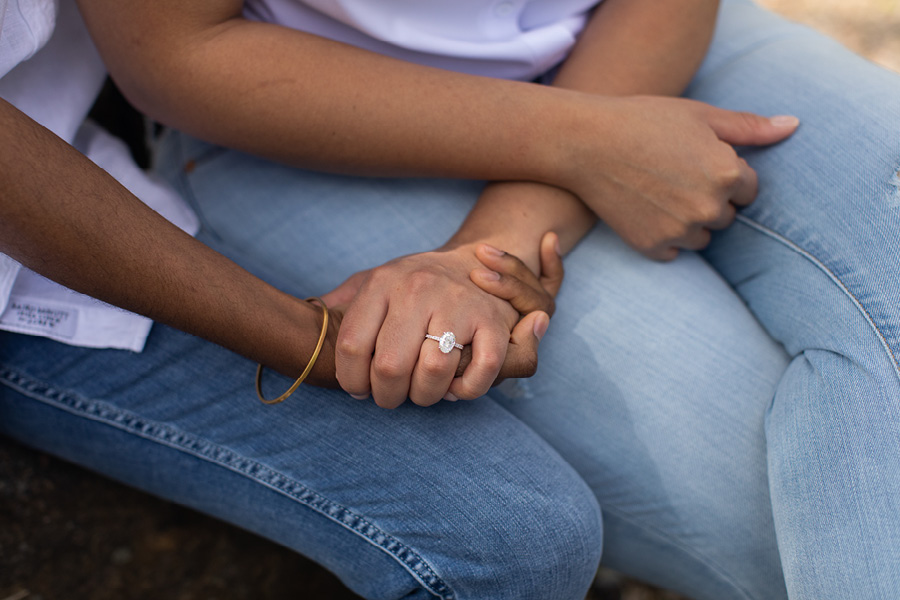 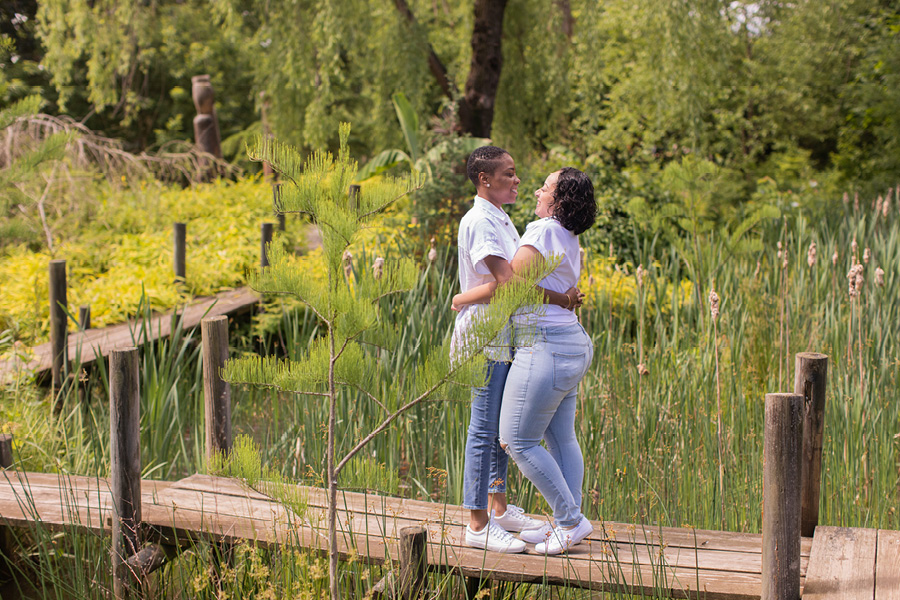 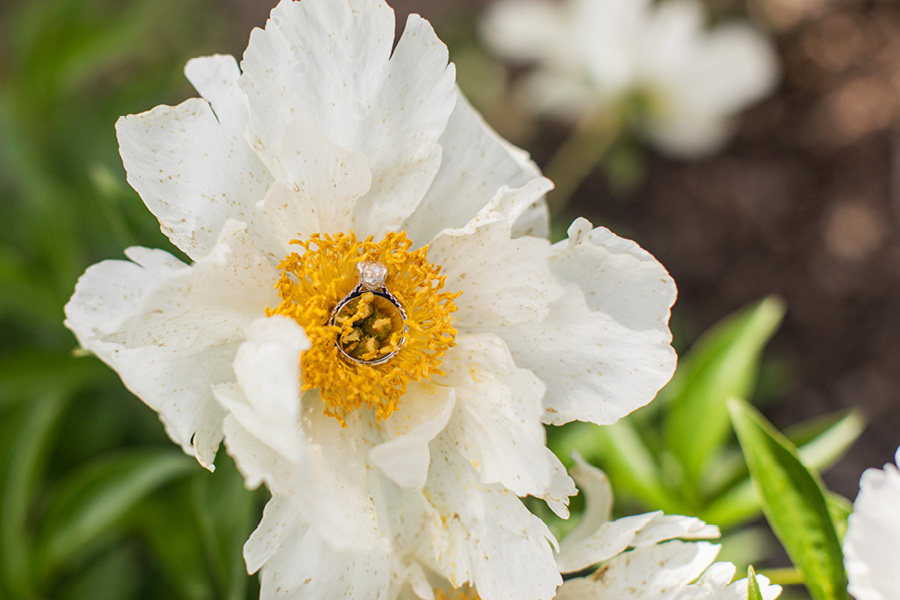 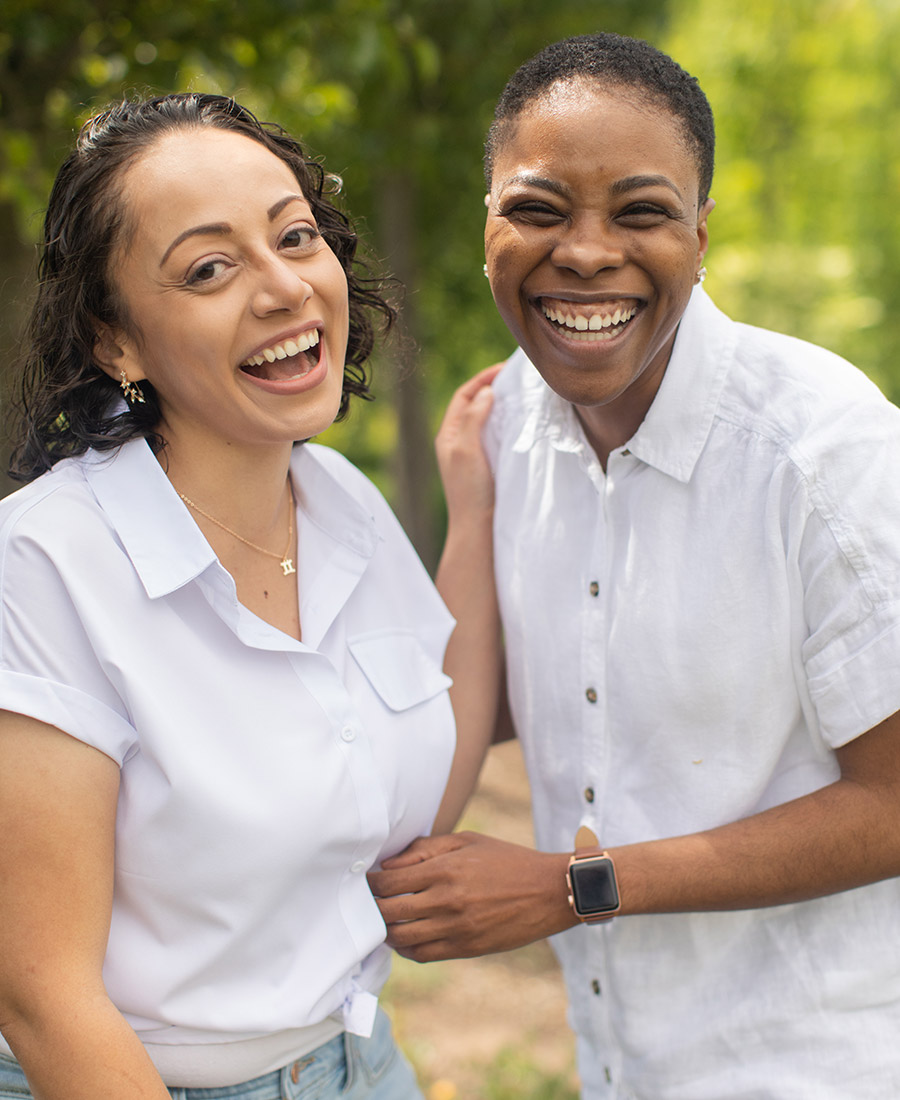 The proposal story: A little more than two years later, MyAsia popped the question at Paxson Hill Farm on Joann’s birthday. MyAsia chose the 32-acre property because of Joann’s love for the outdoors and gardens as well as her desire for the proposal to be intimate. MyAsia arranged for photographer Shannon Collins to snap the special occasion. Collins had suggested MyAsia propose at a particular spot to capture both of their reactions (while hidden amid the greenery and plant life), but MyAsia was nervous and missed the mark. “I also didn’t want to drop the ring in the pond,” says MyAsia. “I just dropped down on one knee at the edge of the bridge.” Joann, through laughter and tears, said “Yes.”

Joann’s reaction: “I was completely surprised,” she says. “When MyAsia grabbed my hands and started telling me how much she loves me, I realized she was proposing and all I could do was cry because I was so overcome with emotions.” The private moment was exactly what she wanted: “It was perfect on that bridge: just me, her, and the frogs.” The day grew even more sentimental when MyAsia showed Joann a video she’d taken three days prior, when she had asked Joann’s three sisters for her hand in marriage. (Joann’s parents are deceased.) Their responses were joyful. “They cried and I cried,” says Joann. “Needless to say, there was lots more tears.” 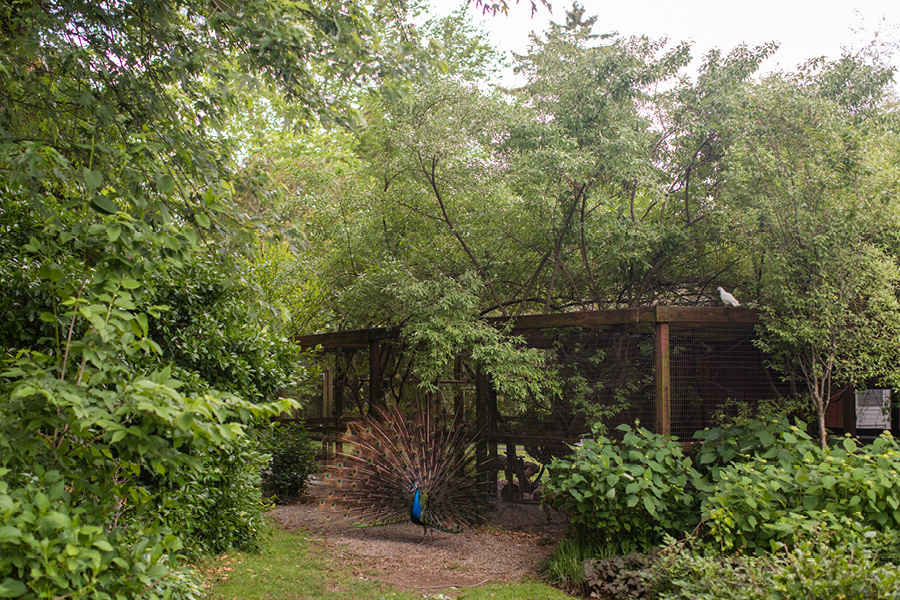 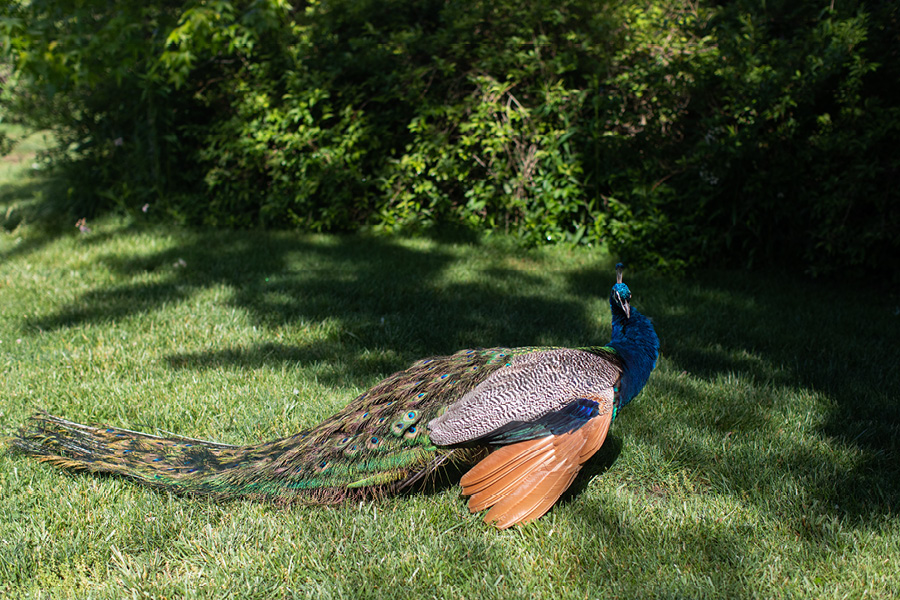 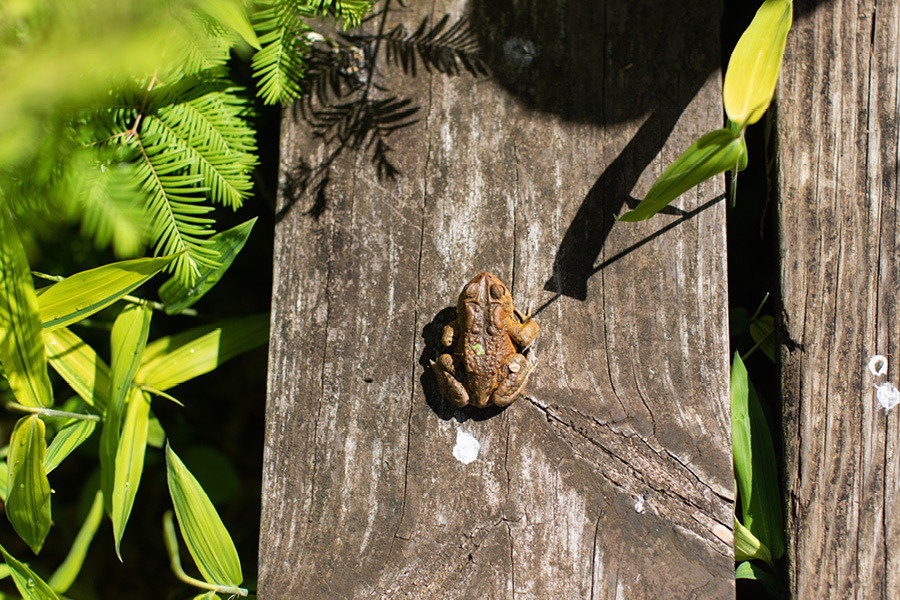 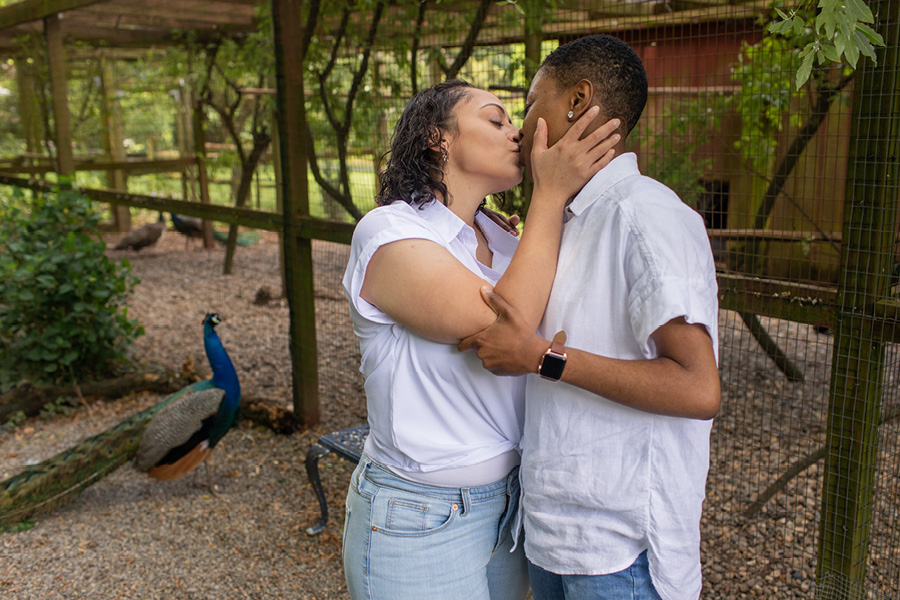 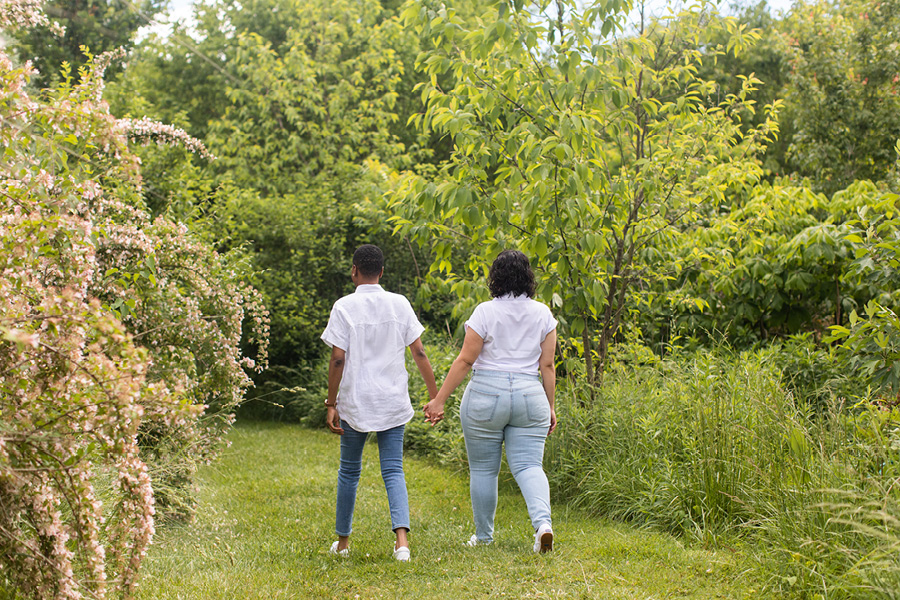 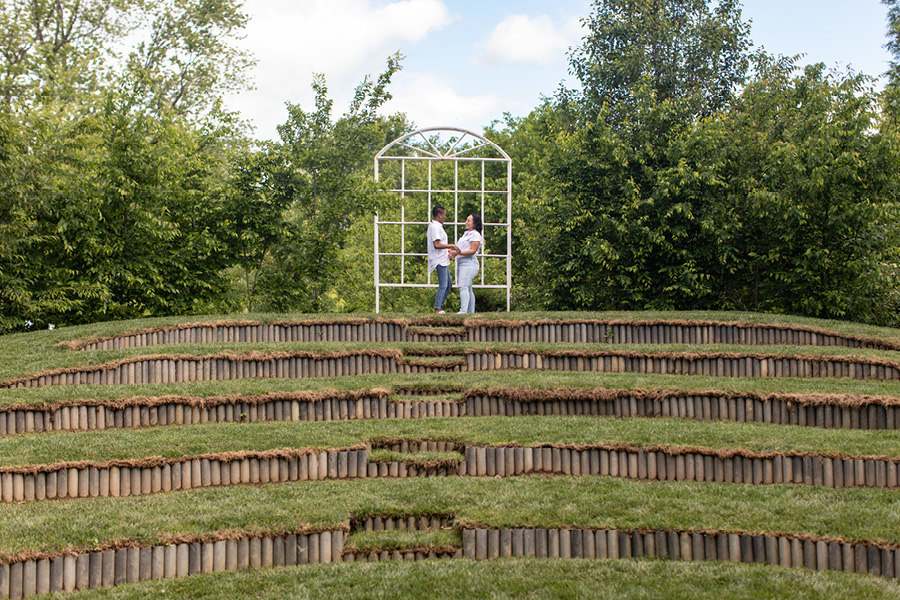 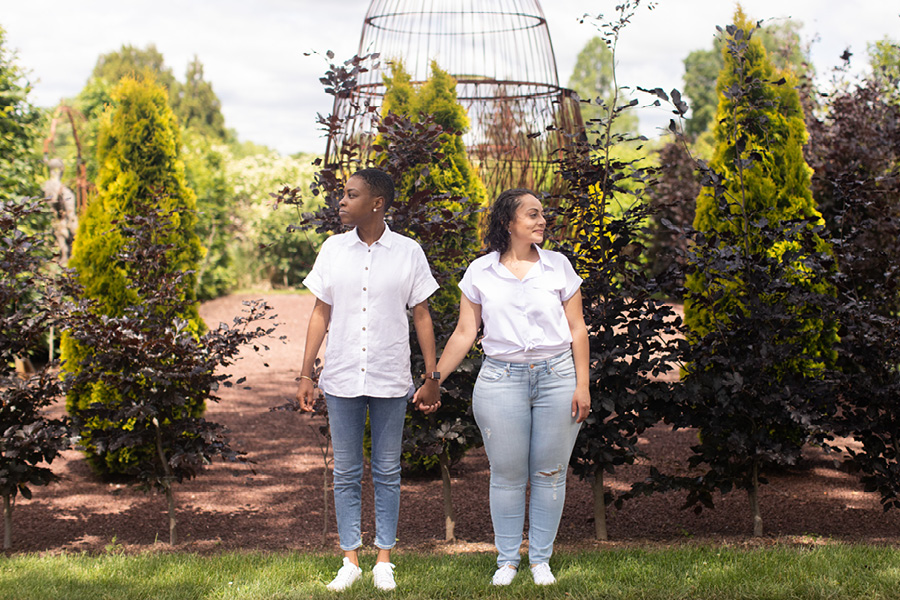 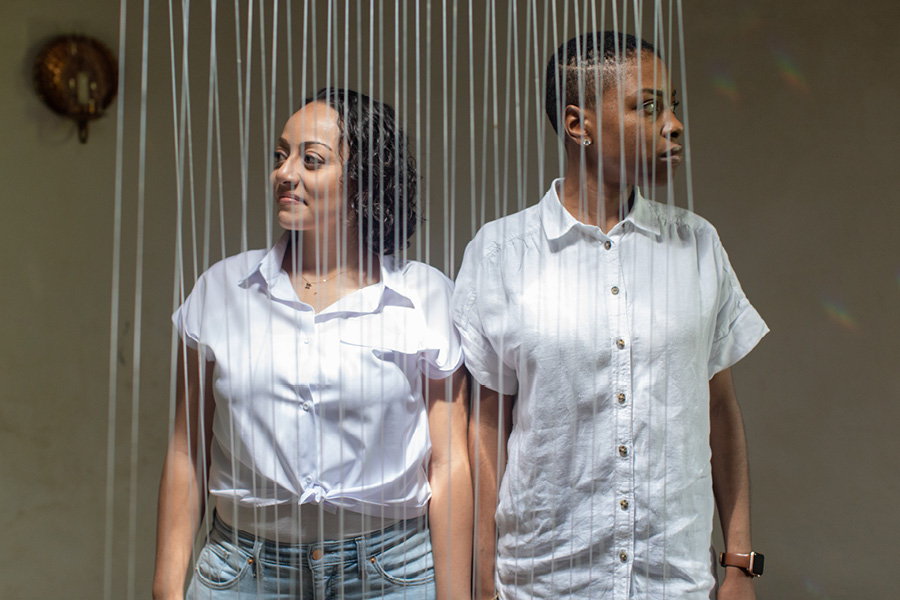 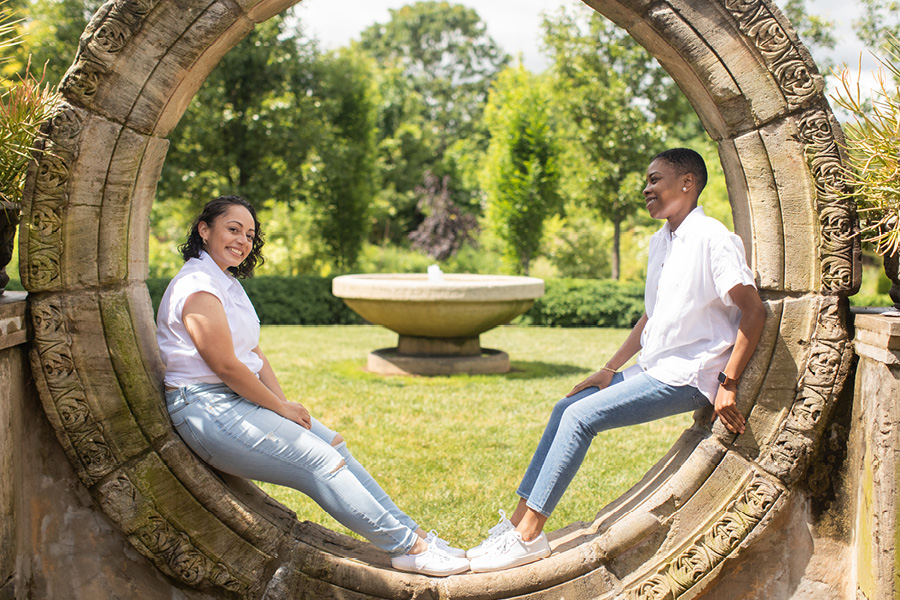 The post-proposal birthday celebration: The couple celebrated their engagement and Joann’s birthday at a nearby park, where MyAsia had arranged for a spread to be set up by Picnic Palette Co.

The wedding plans: The couple wants to have a small elopement with their closest friends and family and are planning on a fall ceremony. 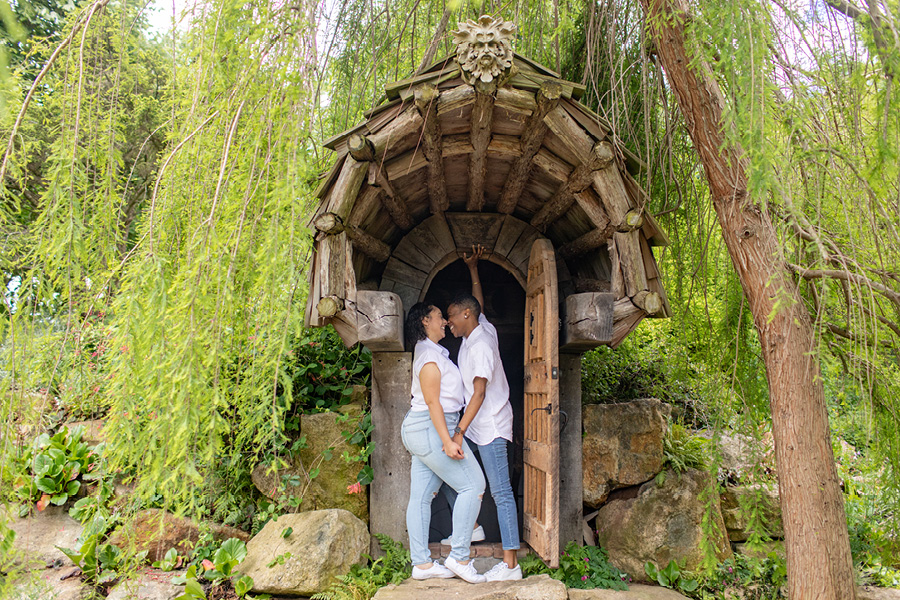 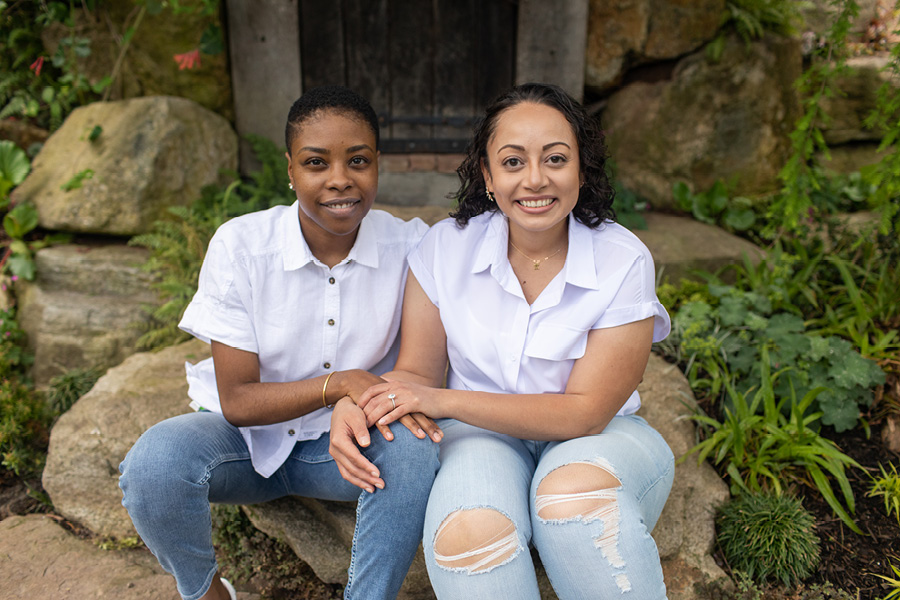 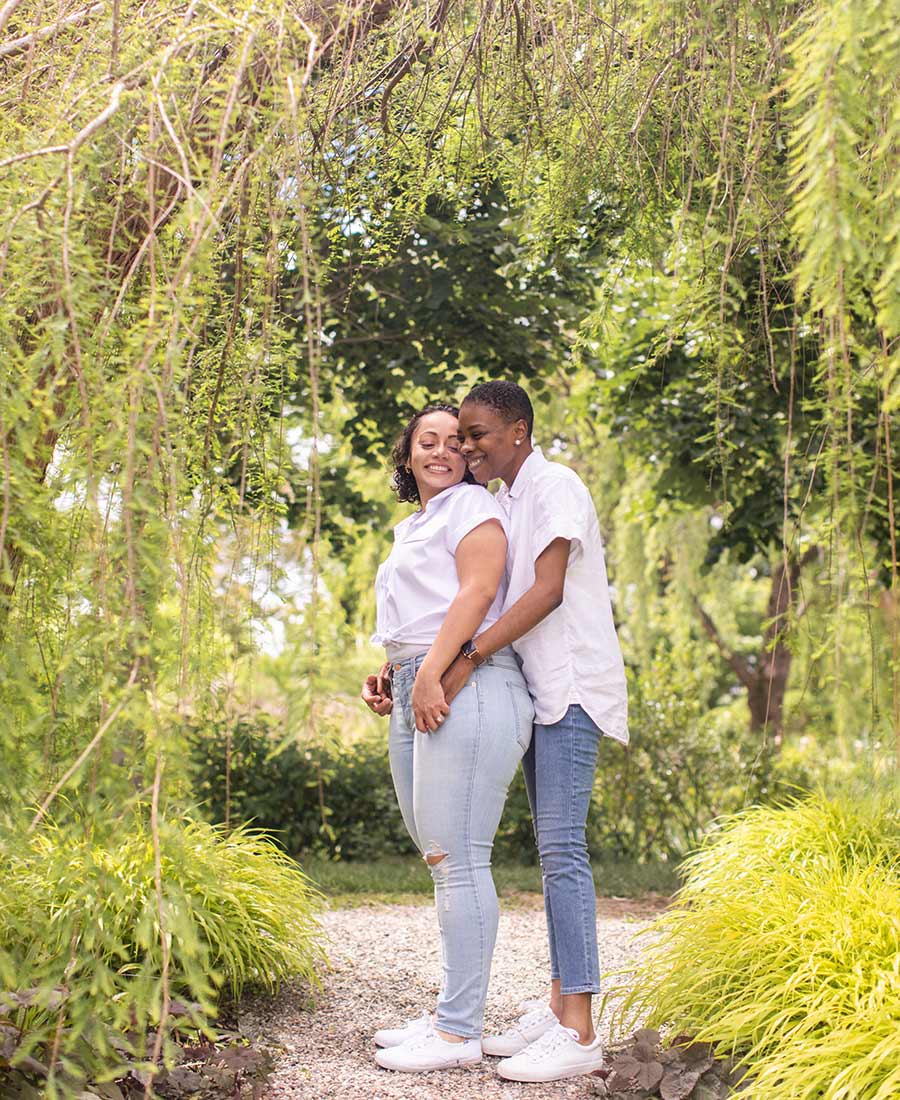 A closing word of advice: “Love is here for everyone,” says MyAsia. “Joann and I were 1,000 percent unexpected. LOL. Our love is ground in and built on friendship. One day I looked up and realized she was here all along. So be patient and get ready for the love you always longed for.” And you can soon hear more about their journey on the new podcast they created, All I Know So Far.