Spend your 'moon hiking, beaching, wining, dining and exploring along one of California's most picturesque stretches of coastline. 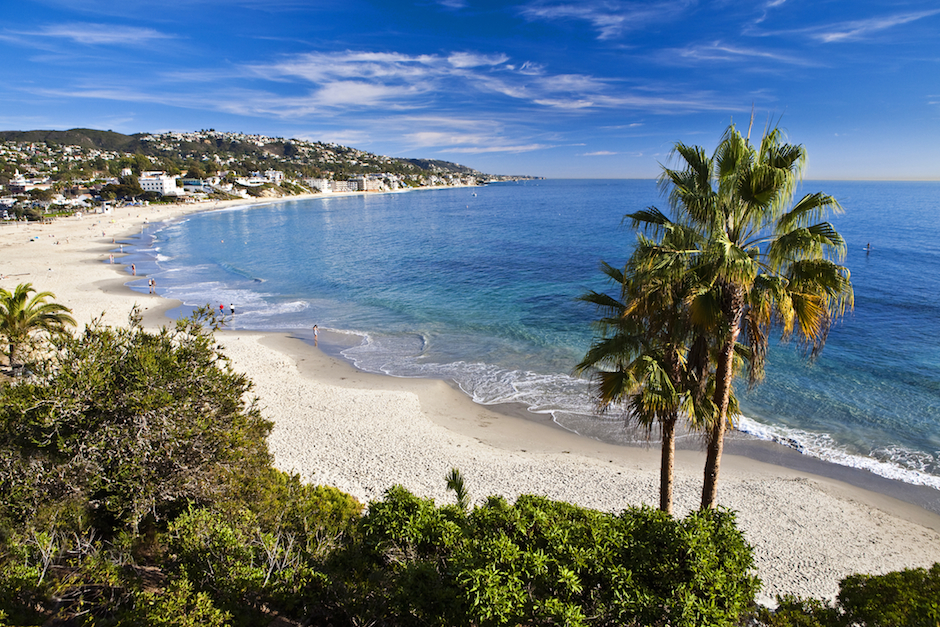 Warning: You’ll most likely spend your California honeymoon mumbling to your new spouse, “I can’t believe people actually live here,” because it’s hard to imagine that anyplace with this much indigo ocean and humidity-free sunshine (a.k.a. vacation perfection) could be someone’s everyday home. Embrace it and act like a local: Go with the beachy waves, spend your mornings hiking, and stuff your face with as many fish tacos as you can.

The O.C.—for those who aren’t intimate with MTV or Bravo—is a large county just south of L.A. made up in part of small coastal towns that hug the ocean. The Pacific Coast Highway, which has views that are only slightly sweeter than the Schuylkill Expressway, connects each hamlet, though they all have distinct vibes: the adorable cottages of Corona del Mar, the artsy scene in Laguna, scores of surfers riding around in drop-top Jeeps in Huntington Beach. There’s also Newport, an upscale town that has a beachy side (think: runners on a boardwalk and boats cruising the harbor) and picturesque bluffs. Up in those bluffs is where you’ll find Pelican Hill, an Italianate resort on 500 acres with views (blue ocean, meet blue sky) that will make you want to spend every waking moment outside.

BY DAY: Crystal Cove is a park filled with walking trails that lead to a little historic town and down to the beach. It also happens to be the resort’s front yard. Start your morning with a bike ride or hike down to the shoreline. (Make the trip one-way; the hotel delivers your chairs, umbrellas and towels to the sand, and a shuttle can bring you back to the resort.) 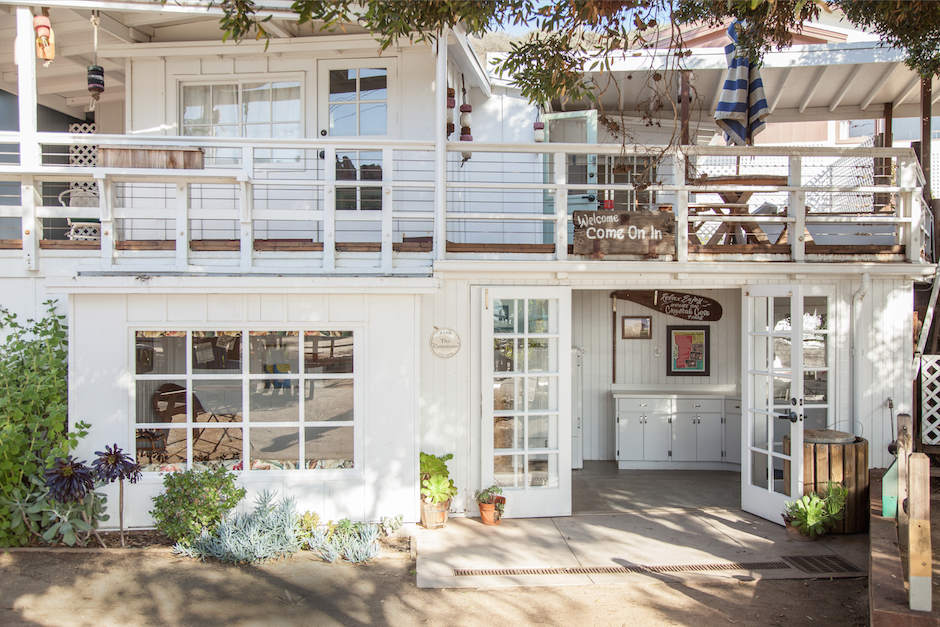 The Spa at Pelican Hill is considered one of the best in California, so it’s kind of a must for coming down gently from that wedding high. There are massages with hot stones, sweet scents and herbs, plus balancing facials and anti- oxidant wraps. Just clear your day, because there are also “Aqua Colonnades” with hot tubs, saunas and steam rooms, areas to lounge in, a fitness center with classes— and you can order a healthy lunch. It’s also worth venturing off-property to some local hangs. Find your way to the “Wedge” for a bird’s-eye view of Newport Beach surfers and to Balboa Island for Balboa Bars (especially if you’re an Arrested Development fan), and take a boat to the mountainous Catalina Island, which has a pretty stellar zip-line course.

BY NIGHT: You’ll find live music at two separate areas at the resort, with a DJ in one and a chiller musical trio in the other. But since there are millions of full-time O.C. residents, bars, movie theaters, restaurants and bowling alleys abound; check with the concierge to set up reservations at a few favorites. Plus, L.A. is about an hour away; catch a concert at the famed Hollywood Bowl amphitheater, or head to the Santa Monica Pier. WHERE TO STAY: The Resort at Pelican Hill is the type of place you’ll want to come back to for every anniversary. It’s hard to overstate the setting; with hills above and a beach below, you can’t get any closer to California’s beauty. The spacious resort also has golf, tennis, hiking, the spa, and a saltwater pool that’s a perfect circle and has an infinity edge that makes it feel like you’re doing the backstroke through the clouds. All the rooms here—from the private bungalows to the plush suites—are tricked out in comfort and secluded; the multi-room villas come with butlers and an on-call car service. The resort is so large that it’s never overcrowded, and the stucco buildings and acres of palms and cypress make it feel like a Tuscan village.

WHERE TO EAT: There’s a healthy handful of on-resort options, from the more casual Pelican Grill to Andrea, a fancy Italian spot, and Piccolo, the globally inspired restaurant serving small bites to resort guests only. (There’s also a mini gourmet market with sandwiches and snacks to-go—use “restocking the room” as an excuse to grab a scoop of the house-made gelato served here.)

Newport Beach has some restaurants that are worth stepping off-resort for. Fashion Island is the nicest mall you’ve ever been to—besides KOP, of course. There, you can ask for a table outside at Fig & Olive, or get the French dip at R&D Kitchen. And don’t save the fish tacos and grilled artichoke (so simple, so good) at Bear Flag Fish Co. for the last day, because you’ll want to eat there a second time. Watch people dock-and-dine (and splurge on fresh seafood) at Bluewater Grill. 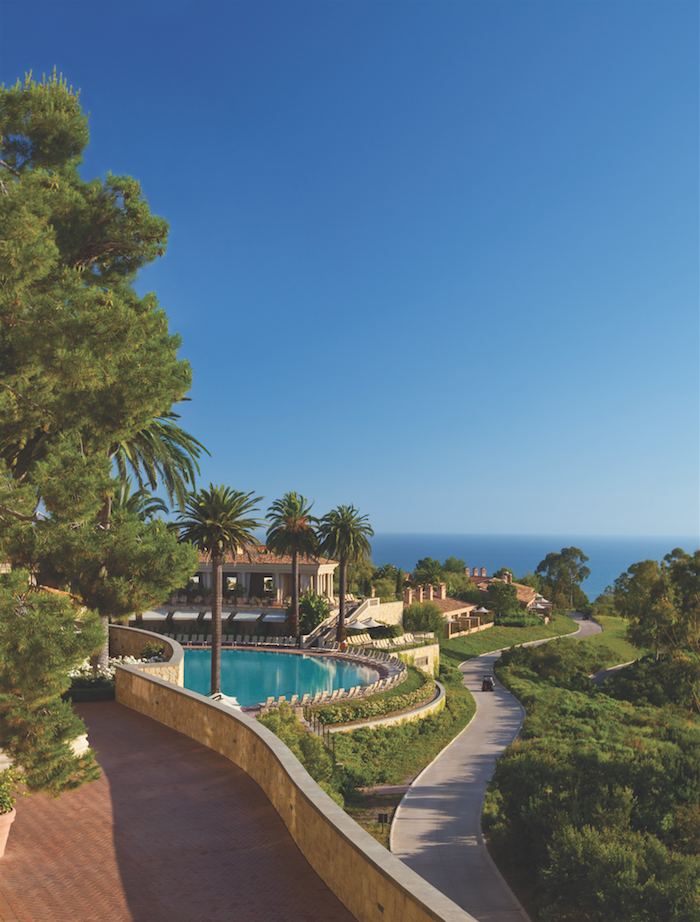 WHAT TO PACK: Californians invented the casual-cool look, so channel your best Lauren Conrad: breezy dresses, cute tops, jeans and heels work pretty much everywhere. While the weather is reliably 70 and sunny, toss a few warmer layers in your bag, because mornings and nights can be chilly. And you’ll need serious ray protection, like wide-brimmed hats and your hippest sunnies.

BEST TIMES TO GO: You’ll have a sunny getaway pretty much any time of the year (even Santa wears shorts here), but if you want guaranteed beach or pool weather, the hottest months tend to be August and September.

NEWLYWED NEWS: There’s a new suite at Pelican Hill’s spa that feels like it was invented for newlyweds, with soft sofas and flattering lighting; the two of you can hang here before, in-between and after treatments (glasses of prosecco in hand), and eat lunch, too. 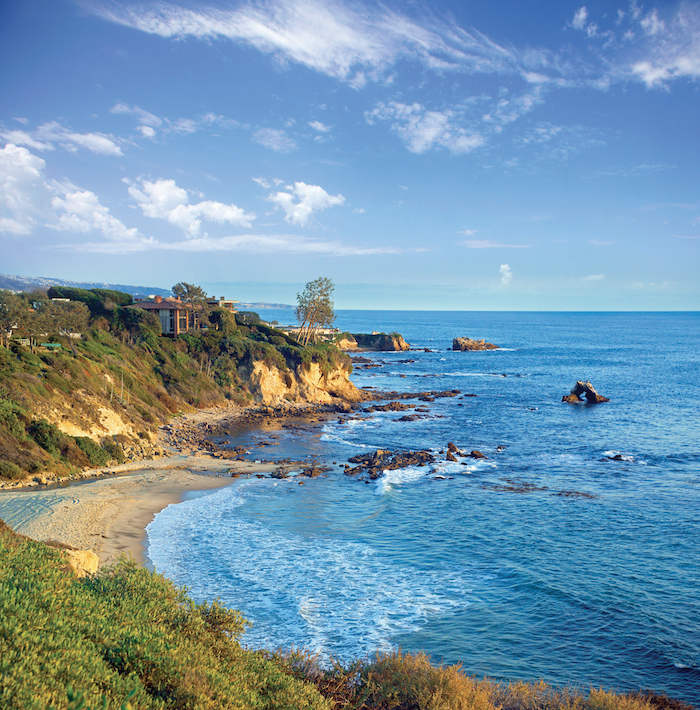 GETTING THERE: John Wayne Airport in Santa Anna is only about 15 minutes from the resort, though there aren’t any direct flights from Philly (plenty with one stop, though). Your other option: Fly direct from Philly into LAX and rent a car or book an Uber—it’s less than an hour’s (incredibly scenic) drive—that is, if there isn’t traffic.

This article originally appeared in the spring/summer 2017 issue of Philadelphia Wedding.