Made In America 2019: Your Guide to Road Closures, Parking, and Public Transit

Everything you need to know to either get to, or stay away from, Jay Z’s annual music festival. 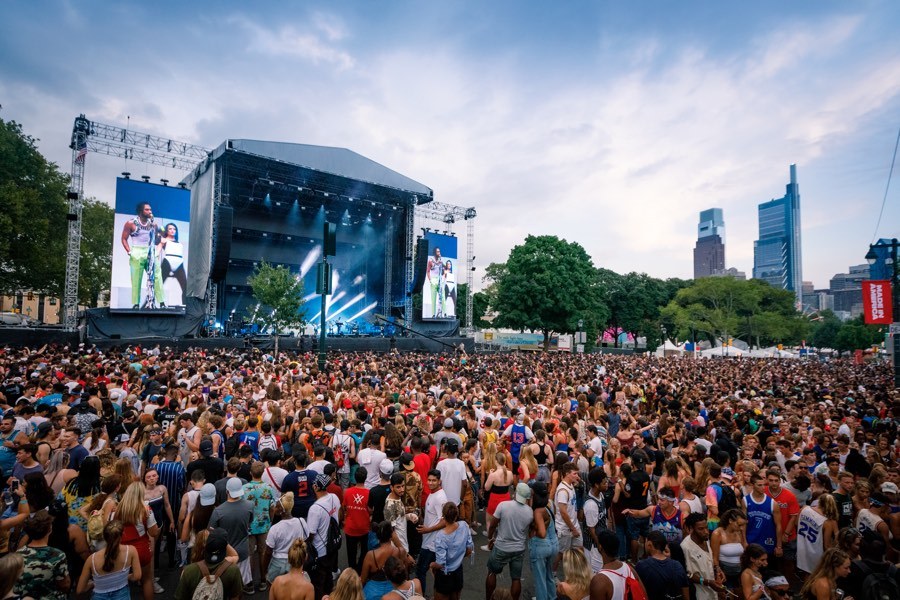 You’ve just made it past the public-space-encroaching party that is Dîner en Blanc, and guess what? Now there are more crowds on the way! Jay Z’s annual Made in America festival is coming back, and once again, it’ll be held on the Parkway (even after last year’s snafu in which Mayor Kenney temporarily evicted Jay Z, only to change his mind.)

Sure, the festival doesn’t technically begin until Saturday, August 31st, but the real opening act — street closures! — kicks off this Sunday, a full week earlier.

This year’s festival includes headliners Cardi B and Travis Scott. Megan Thee Stallion — of “hot girl summer” meme fame — will be performing, too. And for slice of local flavor, there’s Tierra Whack and Lil Uzi Vert, whose Bugatti you may have seen around town.

Speaking of cars: These are the roads you should avoid as the festival revs up.

Made In America Road Closures

(This is where it really starts to get fun.)

Streets will be opening back up at slightly different times, but all will be back to normal by rush hour on Tuesday, September 3rd. Everything from the phase 7 closures will be reopened earlier, by the morning of September 2nd.

Lil Uzi Vert probably shouldn’t drive his Bugatti to his performance, is all we’re saying here. The following spots are all No Parking zones, from 3 a.m. on August 31st to 5 a.m. on September 2nd:

If you’re headed to the festivities over the weekend, you’ll probably want to take Uber, Lyft, or a taxi. But if traffic gets completely snarled, rest assured that SEPTA is running as well. Both the Market Frankford and Broad Street Lines will have their regular overnight service on Saturday. The Race-Vine and City Hall stations on the BSL have good access to the festival entrance. On the MFL, your station will be 15th Street.

Regional Rail
On Saturday and Sunday evenings, Regional Rail will also be providing late-night service departing from Jefferson, Suburban, and 30th Street stations. If the concert runs late, trains will be held for 20 minutes after the concert ends. Consult SEPTA’s events schedule, or the system status page. Keep in mind, too, that parking is free on the weekend at all SEPTA Regional Rail lots.

Bus
Bus riders should know there will be a few disruptions, too: Routes 7, 32, 33, 38, 43, and 48 will be detoured from their normal routes through the Benjamin Franklin Parkway area beginning at 10 a.m. on August 31st through 5 a.m. on September 2nd. Again, consult the system status page for specifics.

Despite the traffic chaos surrounding them, the museums along the Parkway will be open. The Philadelphia Museum of Art can be accessed through its west entrance. Sadly, the Rocky Statute will be off-limits.

The Barnes will also be open through the weekend, and in fact has its once-monthly free admission date on Sunday, September 1st. There’s nothing like staring at a bunch of Renoirs to get you in the mood for a Cardi B concert.