Made in America Isn’t Going Anywhere

A Monday meeting between Mayor Kenney and Jay-Z's representatives resulted in a win-win for everyone (but especially for Jay-Z). 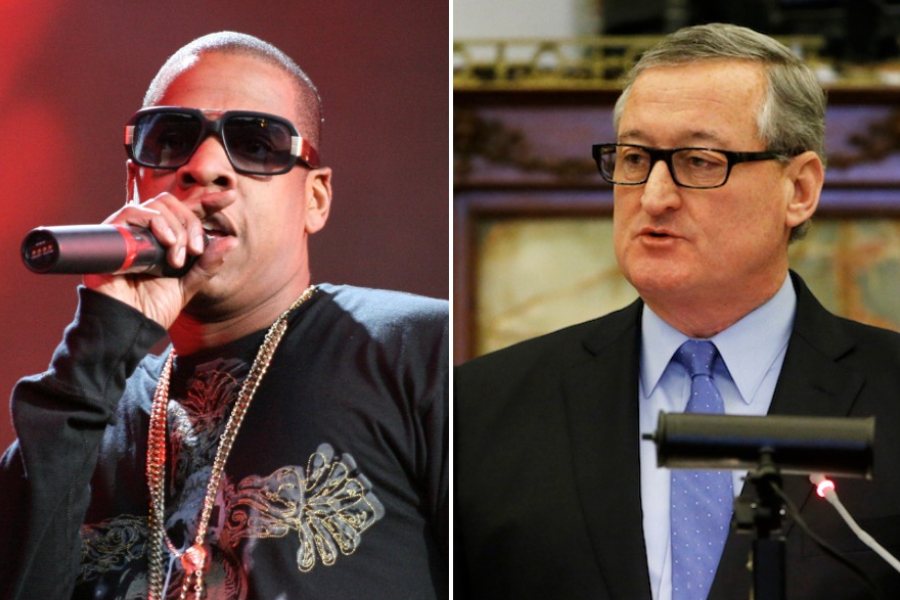 It looks like Mayor Jim Kenney’s adamant love for Jay-Z will keep Made in America on the Parkway for years to come.

On Monday, Kenney and representatives with Roc Nation, Jay-Z’s entertainment company, reached the understanding we were all hoping for: They agreed to continue to host MIA along the road Jay-Z called the “heart of the city.”

Kenney said on Monday that he is “greatly appreciative of everything Made in America has done for the City of Philadelphia,” and he remains “committed to its continued success” for “years to come.”

So, how’d we get here? In case you need a refresher, the whole debacle started last week when city officials told Billy Penn that the rapper’s beloved music festival would get the boot from the Parkway in 2019 — with little explanation. Reps from LiveNation (the company that helps present the festival) then told Philly.com that they felt like they were being broken up with in the press. And in a fantastic turn, Jay-Z’s byline appeared on the website, reprimanding the city for announcing the decision “through a media outlet, without a sit-down meeting, notice, dialogue, or proper communication.”

The rapper pointed out that the festival has had a $102.8 million economic impact on Philadelphia since its inception in 2012, and paid $3.4 million in rent to the city total.

“We consider this stance a failure on the mayor’s part,” Jay-Z wrote. “Is this an accurate representation of how he and his administration treat partners that economically benefit his city? Do they regularly reject minority-owned businesses that want to continue to thrive and grow alongside his city’s people?”

That’s when Kenney said that “first of all,” he loves Jay-Z, and the Monday meeting with the rapper’s reps was arranged — which we now know resulted in a win-win for everyone (but especially for Jay Z).

Had a productive meeting today with @RocNation about the future of @MIAFestival. We addressed each other’s concerns and came to an agreement after last week’s misunderstanding. The festival belongs here in Philly — and on the Parkway. https://t.co/Ezjvwjbmd6

“The Made in America festival belongs in Philadelphia — the birthplace of our country — and I’m optimistic that we can turn an unfortunate misunderstanding into a positive outcome and even stronger event,” Kenney said on Monday.

Desiree Perez, the chief operating officer of Roc Nation, said that after a “candid and constructive discussion with the Mayor, we are confident any miscommunication is corrected, and we are proactively addressing any concerns.”

It’s still not exactly clear why the city wanted to kick the festival out of the Parkway in the first place, beyond a few explanations that officials have given, including operational concerns and complaints from neighbors. Residents in the area have grumbled about the frequency of mass-scale events on the Parkway, like MIA, as well as the 2017 NFL Draft, Pope Francis’s 2015 visit, Wawa Welcome America, and more. Kenney said at a press conference on Monday that the city was considering eliminating other events at the location, but didn’t elaborate beyond that, per Philly.com.

Of course, price tags are always a concern with events that require tons of road closures, a strong security presence, and cleanup crews. MIA cost the city $1.1 million last year, according to Billy Penn, and Roc Nation covered about $600,000 of that, with a promise to pay at least an additional $80,000 this year.