Plus, Abbott Elementary's Sheryl Lee Ralph to sing at the Super Bowl. And Eagles ticket prices are officially bonkers. 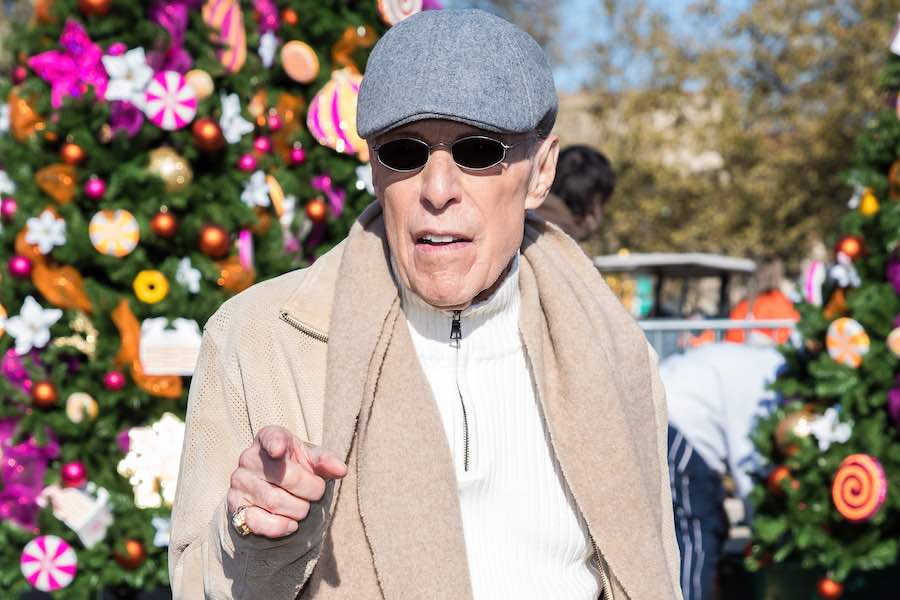 Does Jerry Blavat Deserve to Have Flags Flown at Half-Staff All Week?

If you’re wondering why flags in Philadelphia are flying at half-staff, it’s for popular Philadelphia DJ Jerry Blavat, who died last week. Mayor Jim Kenney issued the order on Monday, decreeing that Blavat made “Philadelphia a better and more joyful place all these years.”

A lot of people loved Jerry Blavat. They will tell you that he was a hero who would give you the shirt off his back. A blessing to the city. That’s one perspective, generally held by people of a certain age and skin color. Others have called him, let’s say, less kindly things. (His mob ties are well-documented.)

I don’t know who the real Jerry Blavat was, but I do know that flying the flag at half-staff is the ultimate honor to pay someone. Someone like Philadelphia police officer James O’Connor, who was shot dead in the line of duty in 2020. Someone like Philadelphia firefighter Sean Williamson. He was killed while fighting a rowhouse fire in 2022. And firefighter Matthew LeTourneau, killed in the line of duty in 2018. Kenney rightfully flew the flags at half-staff for them.

Does an oldies DJ with a questionable background rise to the level? Kenney certainly thinks so.

Here’s the list of all the people the Kenney administration has honored in this way:

Curiously, the Kenney administration has never lowered the flag for major tragedies in the city. If it were me, I probably would have flown the flag at half-staff in the wake of the devastating January 2022 fire in Fairmount, in which twelve people died, nine of them children. The Fairmount fire was one of the nation’s deadliest such fires in many years. Yeah, I would have lowered the flag for them.

Hell, given all the people dropping dead on the streets of Philadelphia as a result of the raging drug and homicide epidemics, maybe just leave the flag down there.

Saturday’s services will be livestreamed. You’ll be able to watch via this link.

Local Talent at the Super Bowl

Someone wake me up from this dream! I’ll be singing Lift Every Voice and Sing at Super Bowl LVII – See you there. @nfl @nflonfox @rocnation 📺: #SBLVII 2.12.23 on FOX pic.twitter.com/mo31Zz8HdC

Eagles playoff tickets have basically doubled in price since last weekend’s victory. If you want to go to the Linc for this Sunday’s game, prepare to pay at least $609. That’s for standing room tickets. Adding insult to injury, then there’s another $140 or so in “fees.” Yeah, see you at the neighborhood bar.

This Is Why I Drive a Junker

It’s not even February yet and more than 1,200 cars have already been stolen in Philadelphia.

The End of Wildwood As We Know It

Could the charm of the old doo wop hotels be on the way out?

And from the Look-Who’s-Back Sports Desk …

Unclear if #Sixers star Joel Embiid will play tomorrow against the Nets because of his left foot. He is considered day-to-day. @KYWNewsradio

In baseball news (coming soon, we swear!), look who got elected to the Hall of Fame!

Scott Rolen said as soon as he received the call to the Hall his 4th grade son asked him if he wanted to have catch. He said “it’s about 30° here- supposed to snow 12” but there we were, about 15 minutes after the call, in the driveway having a catch. I’ll remember that forever.”

In college hoops, the Davidson Wildcats got the better of the La Salle Explorers last night.

Tonight, we’ve got St. Joe’s at George Washington and South Florida visiting Temple, both at seven.