The Craziest Lost Luggage Story You Will Read This Week

A man from Newfoundland traveling home from central Africa to Canada. A missing suitcase. And one very popular Stephen Starr restaurant. 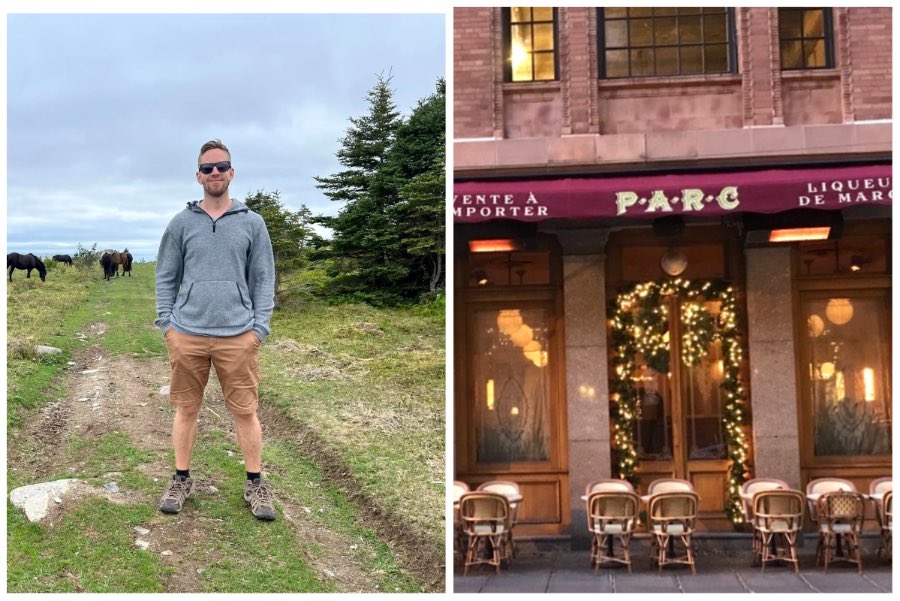 Darryl Pope wasn’t expecting his flight home from the Democratic Republic of the Congo to Newfoundland to go perfectly. He flies more than most people do, so he knows air travel comes with challenges, especially around the Christmas holiday. But he never expected it to get quite as complicated as it did — or to involve Philadelphia in any way.

Pope is an offshore worker. More specifically, he is an offshore surveyor who flies all over the world to deal with something called sea vent mapping. (We’ll let you look it up.) He was working on a job in the DRC in December and wanted to get home to Newfoundland in time to celebrate Christmas with his girlfriend. So he booked a flight through Air Canada, departing on December 21st.

Naturally, there are no Air Canada flights that take you direct from the DRC to Newfoundland. So he first had to fly to Paris. Then it was from Paris to Montreal. And then he made his way home to Newfoundland on a quick two-hour flight.

Pope arrived at the international airport in Newfoundland and waited and waited at the baggage terminal. Customers came and went with their luggage. His luggage never showed.

“And Air Canada was of zero help trying to help me find my lost luggage,” Pope tells Philly Mag from his home in Newfoundland.

Fortunately, Pope didn’t have to rely on Air Canada to find his lost luggage. He had one of those controversial Apple AirTags in his bag. So he pulled out his computer to track the AirTag and, lo and behold, the tracking device showed him that his lost luggage was in some place called Rittenhouse Square.

Pope has never been to Philadelphia, let alone Rittenhouse Square. He had no idea what a Rittenhouse Square was. He took to Facebook and found a Rittenhouse Square Facebook group with over 7,000 members and messaged the administrator of the group, asking if he could post his long shot of a request. The admin said sure. And so Pope pleaded with the community, wondering if anybody in Rittenhouse Square had seen his bag that he last set eyes on while it was at a central African airport. Good luck, right?

Well good luck was exactly what Pope had. One person who saw that post was Aaron Cook, a longtime manager at Parc, the Stephen Starr restaurant with lovely views of Rittenhouse Square. A week or so before, a piece of luggage arrived at Parc for a new Parc employee, who was traveling from India to work at the restaurant. When that employee left India, they didn’t know their permanent address yet, so they listed Parc, and Cook took receipt of the bag and turned it over to the employee.

Some days later, another piece of luggage arrived for that same employee. But the employee told Cook that it wasn’t theirs. Cook looked closer and realized that while the baggage tracking system had somehow connected the bag to the employee from India, the name on the bag itself was some guy named Darryl Pope with a Newfoundland address.

Cook immediately tracked Pope down on Facebook. This was actually before Pope posted in the Rittenhouse Facebook group. But Pope didn’t see Cook’s message. So when Cook saw Pope pop up in the Facebook group, he replied and sprung into action.

No one is quite sure how the heck Pope’s bag wound up at Parc in the name of an employee from India. But what we do know is that the bag is currently in the hands of FedEx (as of Wednesday night, the bag was somewhere near Newark, New Jersey, and as of Thursday morning, in Montreal) en route to Pope’s house at a shockingly high cost of $750, paid for by Pope’s employer.

Pope tells Philly Mag he hopes he gets a chance to visit Philadelphia one day and that he will make it a point to check out Parc, a restaurant he had never heard of before that just so happens to be one of Philadelphia’s most popular restaurants.

The Newfoundlander says he is moved by Cook’s willingness to help him and that it makes him think that Philadelphia might be a pretty hospitable place.

“Newfoundland is known for its legendary kindness and hospitality,” Pope explains. “It’s such a big part of our culture, and so it’s nice to feel that reciprocity. In fact, there’s actually a wonderful play about our kindness. It’s called Come from Away. And it’s about the plane that was forced to land in Newfoundland after 9/11 and how the local town called Gander came together to help the people who were stranded.”

If I didn’t know better, I’d think this was all a publicity stunt. Come from Away opens at the Academy of Music on February 7th. I promised Pope I’d go see it. Naturally, he told me to look him up if I’m ever in the Newfoundland area. Which I just may be.

A Jenkintown woman is charged with killing and dismembering her parents’ bodies. And sadly, investigators have announced that missing Montco mom Jennifer Brown is dead.

Lower Merion police may have placed the cop who tased the unarmed Black woman in a Wawa parking lot on administrative leave, but neighbors still have plenty of concerns.

Apparently, Jersey Shore summer rentals are filling up faster than ever.

The New York Times raves about a Philly bar that hasn’t even opened yet.

And from the Owls-Good Sports Desk …

In college hoops, all that was going on last night was Temple hosting St. John’s. The Owls came from behind in the first half and then stayed out in front:

In the run-up to Saturday’s big playoff game against the Giants, the New York Times dissected the Eagles’ historically successful use of the quarterback sneak.

Tonight, the Sixers play the Trail Blazers at another 10 o’clock West Coast matchup. Which — you know what? “Trailblazer” is all one word, per Merriam-Webster. You Portland people should fix that.

And Hampton comes to play Drexel at 7.