Even in Victory, Pennsylvania House Democrats Are Finding Ways to Lose

The current drama in Harrisburg over the House Speaker is a case study in dysfunctional politics. 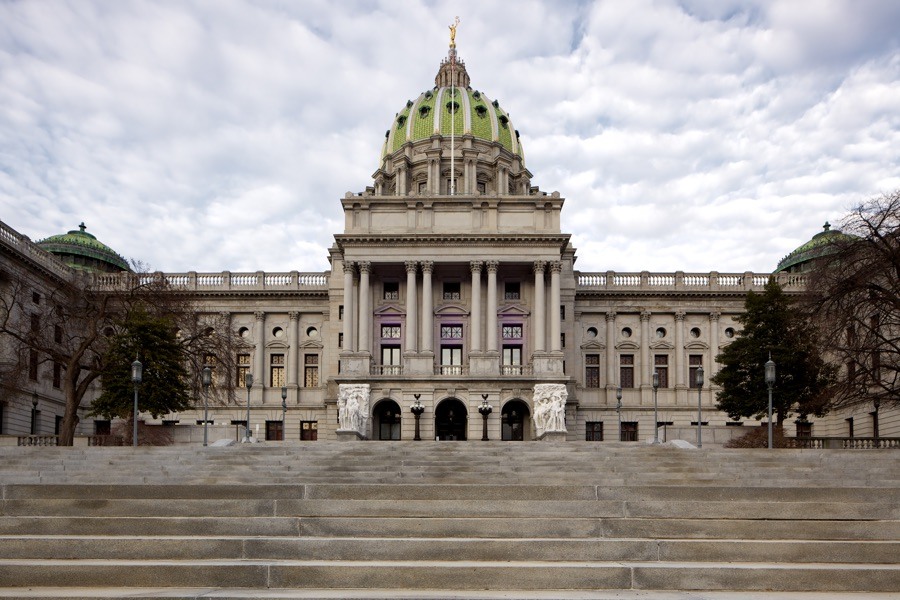 If 2023 has taught us anything thus far, it’s this: Know how to count.

Someone should have told that to elected-after-15-rounds-of-voting U.S. House Speaker Kevin McCarthy before he tried to defy the reality of math (and common sense) by jockeying for a position without having the votes to win it. The same can be said of PA Democrats, who are now in disarray after their plan to elect the first woman Speaker of the State House, Joanna McClinton, flopped when another party member was recruited by Republicans to clinch the role.

For those who don’t follow the ins and outs of state government, a recap: On January 3rd, Republicans in Harrisburg, furious about their opposition’s push to rush in a liberal Speaker of the House, chose to nominate a moderate Democrat who’d agreed to change his party affiliation to Independent in the role.

State Representative Mark Rozzi — still a registered Democrat at the time of this publishing — is the new House Speaker. If you’d asked House Democrats before January 3rd to imagine this outcome, they would have scoffed at you. For several weeks leading up to this debacle, there was much public campaigning and pre-celebration for McClinton, a Philly State Rep who’s now also Majority Leader in the State House.

“I get one vote in leadership races and one in Speaker races, but my colleagues have made this moment in history possible,” McClinton told a crowd at a Pennsylvania Society event back in December, as she presumptively declared the upcoming January 3rd vote “the first day of the rest of our lives.”

But just like McCarthy in his first 14 rounds, McClinton didn’t have the votes.

Although House Democrats had recently won a majority in the State House — 102 seats to the Republicans’ 101 — they found themselves with three vacancies: Two of their 102 members resigned to take other elected positions (Lieutenant Governor-elect Austin Davis and new U.S. Congressperson Summer Lee), and another, Tony DeLuca, died between the primary and the general. That means right now, Democrats have 99 filled seats, while Republicans still have 101. A special election in February to fill those open seats will almost certainly give Democrats back their lead, but that doesn’t change the reality on the House floor now.

Democrats knew this numerical fact in December, but they still chose to flex. Rather than acknowledge that they didn’t quite have this in the bag, they gave the public the impression McClinton was a done deal.

And some treated it as such online.

NC100BW-PA celebrates Representative Joanna McClinton on her historic swearing-in as Speaker of the Pennsylvania House of Representatives. Speaker McClinton is the first woman in Pennsylvania history to serve as the House’s presiding officer. pic.twitter.com/DceweWa1Ex

After I talked to several House Democrats who spoke on the condition of anonymity, it became clear what went wrong. A few Democrats told me that once they realized they had won the majority in mid-November, some members chose to preemptively push McClinton for Speaker after she was sworn in as Majority Leader. But that this move was counterproductive was apparent when Republicans began talk of a “paperwork insurrection” and filed a lawsuit to halt the February 7th special elections she’d declared once she became Majority Leader. Then, at the January 3rd session to choose a Speaker, when McClinton didn’t have the votes to be elected, House sources told me, Dems also didn’t have enough votes to adjourn the meeting.

House sources told me that by attempting to adjourn, Democrats sought to avoid the embarrassment of potentially losing to a Republican (since Dems were then in the minority on the floor). But only one Republican voted alongside them — making the the vote to adjourn a tie in the chamber. Chaos ensued, eventually leading State Rep Jim Gregory, a Republican, to nominate Rozzi for the job. Rozzi won, and a Democrat who has vowed to drop his party affiliation is now the Speaker of a chamber with an even 101-to-101 split between Democrats and Republicans.

There’s reportedly since been a dispute over whether Rozzi would switch his affiliation or not, after his colleagues told the press that behind closed doors, he’d said he wouldn’t. But as of this publishing, Rozzi hasn’t formally confirmed or denied the details of whatever deals he struck with either party. If he does switch, it wouldn’t be the first time he’s betrayed the Democrats for Republican interests.

Several House Democrats told me some Republicans were fishing for someone else within the Democratic party to nominate over McClinton, but they never thought anyone would take the bait. Gregory told the press he had spoken to Rozzi for “months” about running for the position but didn’t inform his Republican leaders until January 3rd, when it appeared there was a stalemate.

Meanwhile, Democrats in Harrisburg, taken off guard by the move, still tried to play it off as politics as usual.

Congratulations to the new Speaker of the #PAHouse @RepRozzi pic.twitter.com/0Qo6wnqGLW

Now what? It’s too early to know for sure, but there are a few possible scenarios. One could be that after the February 7th special elections to fill those three Democratic vacancies (that will almost definitely ensure the party’s majority in the House), McClinton can be formally nominated for House Speaker and potentially win. But that would first require Rozzi to resign and remain a Democrat. It would also require that all those presumptive 102 Democrats actually show up on the floor to vote. If just one were absent, it would put them in a tie with Republicans — which would sink McClinton’s chances. Another scenario is that Rozzi stays Speaker until the end of this legislative term in 2024, to keep tension level between both majority parties.

It appears there’s already trouble in paradise for Rozzi and Gregory.

Less than a week after @RepRozzi was elected Speaker of the #Pennsylvania House, @RepGregory, who nominated Rozzi for Speaker, is demanding Rozzi resign.

Gregory alleges Rozzi misled him about switching from Democrat to Independent.

Regardless of the outcome, what’s happening right now was avoidable. Democrats scored a political victory that got sidetracked because of bad strategy and inflated egos. They acted like their majority wasn’t razor-thin. They overplayed their hand. In a perfect world, they could have waited to officially secure their majority, slowed down the too-early-to-announce rollout of McClinton as speaker, won their special elections in February, and then been confident in swearing in the first woman Speaker in PA House history. Instead, they’re in further political turmoil, with that historic moment now uncertain.

Moral of the story: Count your votes, humble yourself, and act strategically.