Not exactly the windfall some had imagined. Plus, Philly schools to mask up after the holiday break. And the Eagles Christmas album is exactly how a charity drive should be done. 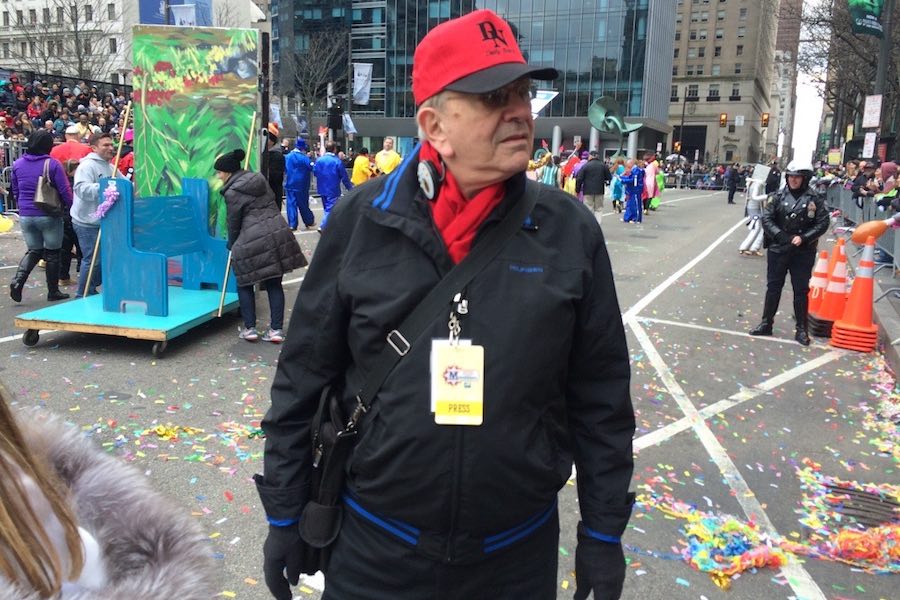 But while former Daily News and Inquirer columnist Stu Bykofsky may have won his defamation suit against the Inquirer (his former employer) and Inquirer architecture critic Inga Saffron (who memorably ripped Stu Bykofsky to shreds at his retirement party in a video seen around the world) on Wednesday, the jury didn’t exactly give him enough money to buy his own island. Far from it. (You can read all about the trial and the verdict in the Inquirer, the very paper he defeated.)

Bykofsky’s lawyer had said he was going to be asking the jury for “millions.” Instead, the jury warded Bykofsky just $46,000 for his troubles. That’s just enough to get a couple of autographed Philadelphia Eagles Christmas albums on the resale market, and maybe four really good seats to see Taylor Swift at the Linc next May.

Reached on Thursday morning, Bykofsky declined to comment for this story.

Meanwhile, the Inquirer’s own suit against Bykofsky, in which the media company claims Bykofsky violated the non-disparagement agreement he signed when he left the Inquirer, moves forward.

We see a lot of “charity” efforts all the time, where the people behind the charitable events are quite vague about exactly how much money is going to charity.

This is downright common with bars and restaurants. Something tragic happens, and all of a sudden, some Old City nightclub says they are “donating a portion of the proceeds” on a given night to relief. It’s almost always “a portion.” It’s almost never “we are donating 50 percent of the proceeds” or some such.

You always hope that they are doing the right thing, but there’s rarely transparency.

This is why I am so glad that I reached out on Wednesday to the people behind the Philadelphia Eagles Christmas album, A Philly Special Christmas. Like those Old City nightclubs, the website for the album project wasn’t fully transparent. It says things like “proceeds will benefit” as opposed to “all proceeds will benefit” and “this album sale, like before, will benefit Philly charities.” Right, but you can benefit Philly charities by donating $1 per $75 album sold.

Well, I am happy to report that the spokesperson for the Eagles Christmas album assures me that organizers are donating 100 percent — yes, that’s 100 percent — of the album’s net sales to charity. They’ve already donated $100,000. And this is exactly the way a charity drive should be done.

As a reminder, the third (and, they say, final) pressing of the album goes on sale on Friday morning at 9 a.m.

After Break, the Masks Go On in Philly Schools

In what seems like a sensible move, given all the socializing and family get-togethers that happen over the holiday break, the Philadelphia School District has announced that all staff and students will mask for two weeks after the break. Cue the anti-masking lawsuit people!

Remember that Show To Catch a Predator?

Well, these six guys apparently never saw it. The Delco DA’s office just arrested six men in Delco after an undercover sting operation in which investigators posed as a 14-year-old child online. The man are alleged to have done various things they shouldn’t have done, knowing the child was a child, such as attempting to meet up for sex, in some cases.

“Why Can’t You Just Stay Where You Are?”

That was one of many questions asked of the people behind the planned Center City Sixers arena at last night’s community meeting in Chinatown. And, you know what? It’s a damn good question. People seem to enjoy seeing the Sixers in South Philly. For more on the meeting, check WHYY. And for more on why the people behind this project want to do it, read this Philly Mag feature from our December issue.

Remember the Philly Dem Who Got Heat for Meeting With Dr. Oz?

The same guy is now running for mayor, the latest candidate to join the already-crowded field.

And from the Midwinter Midweek Doldrums Sports Desk …

To the major disappointment of underdog-rooters everywhere, France defeated Morocco in the quarterfinals of the World Cup, 2-0, and will play Argentina at 10 a.m. Sunday.

In college hoops, Drexel got its clock cleaned up at Seton Hall.

Final from the Prudential Center pic.twitter.com/YGN5jOSBhL

The Phils lost another pitcher. Geez, Noah, we hardly knew ya.

Noah Syndergaard, who spent the final two months of the season and the playoffs with the Phillies, reached a one-year agreement Wednesday with the Los Angeles Dodgers. The structure of the deal is reportedly worth $13 million.https://t.co/OMZ8vmQ5VA