Plus, Phillies fans left 7,780 pounds of trash in their wake after last week’s big win. 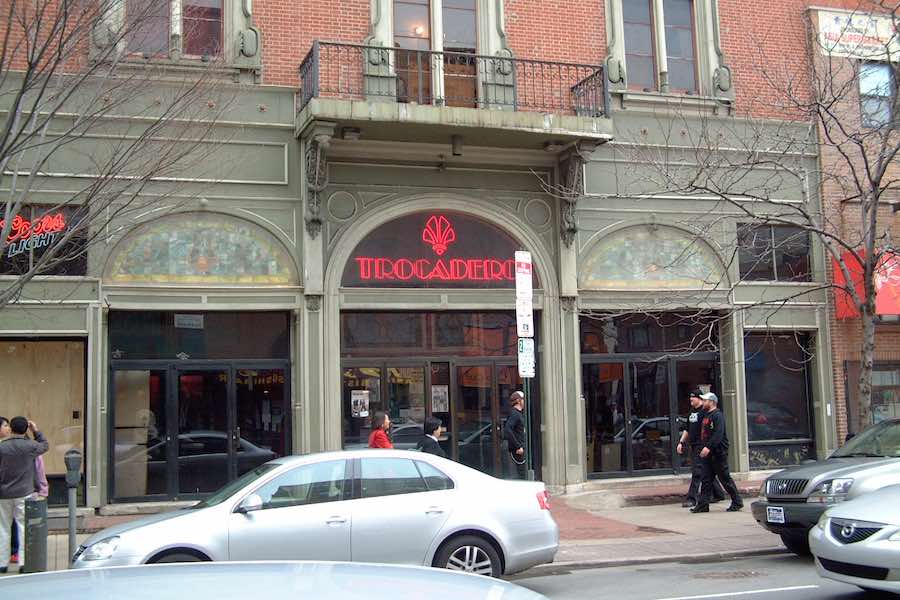 A 2007 photo of Philadelphia music venue The Trocadero, which closed in 2019. (Photo by Seth Werkheiser/CC/Flickr)

It happened a few weeks ago. October 5th to be precise. Philly Mag contributor and longtime music journalist Pat Rapa was at the Met for the Pavement show. And Pavement lead singer Stephen Malkmus walked up to the microphone and said something to the effect of: “We just heard the Trocadero is reopening soon.”

We asked around but didn’t turn up much of anything at first. Emails to longtime Trocadero owner Joanna Pang, who shuttered the Trocadero in 2019, bounced. Bigwigs in the local concert production industry and former employees of the Troc said they hadn’t heard anything of the kind. And so, we chalked it up to mere rumor, a rumor that somehow made its way to the lips of the lead singer of Pavement.

But a curious piece of evidence just popped up.

State records show the project name as “Trocadero Theatre.” And this is the description of the project in those same records:

This project will entail a complete renovation of the exterior and interior of the Trocadero building. The end product will be a fully updated first-class concert venue, entertainment space and full-service restaurant.

Special attention will be given to preserving the historic features and unique architectural elements of the building, notably the original gallery benches, the double garland plaster work that frames the proscenium, the plaster lions flanking the stage, and the cast iron ornamental columns in the auditorium.

The state didn’t award $5 million. But officials did approve a $2.5 million grant for the Trocadero, which has a storied history in Philadelphia.

One of the more legendary rock concerts at the Trocadero was Guns N’ Roses. Axl and company played the Trocadero in October 1987 on their “Appetite for Destruction” tour. The Trocadero also hosted great local bands like Hall & Oates, seen here during a 1989 performance: 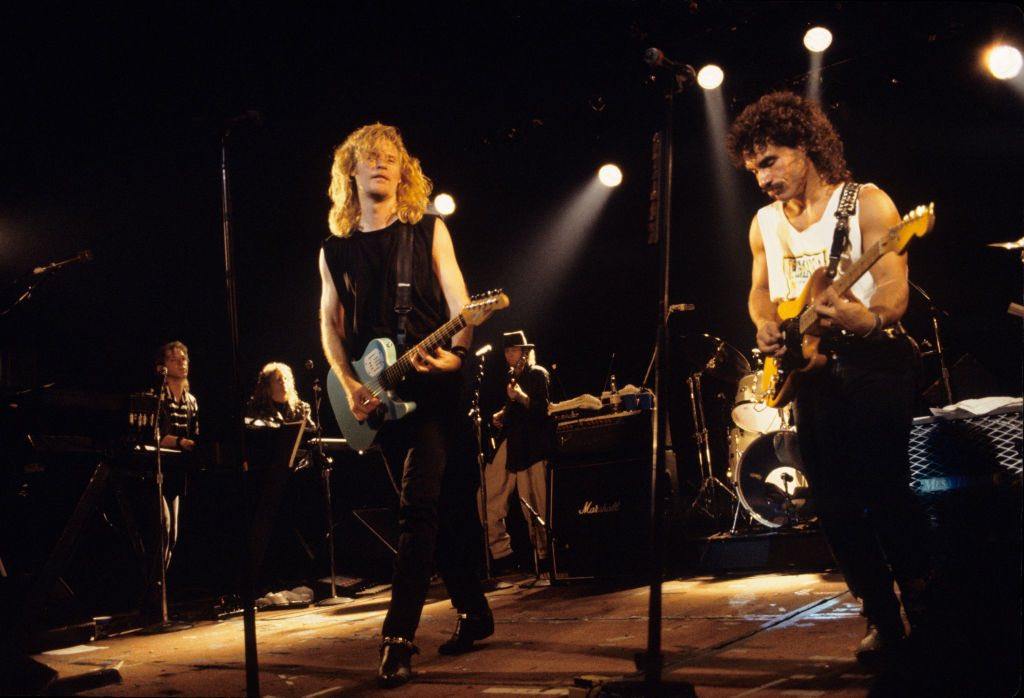 One of the more infamous moments at the Trocadero came during a performance by comedian Hannibal Buress in 2014. During the show, Buress called Bill Cosby a rapist. That bit, filmed by then-Philly Mag reporter Dan McQuade, immediately went viral, leading to a new look at decades of accusations against the comedian that had long been forgotten by many.

So will the Trocadero reopen and, if so, when? And what exactly will the new Trocadero be? Pang has yet to reply to a request for comment. When she does, we’ll keep you posted.

The Dr. Oz-John Fetterman battle for United States Senate has been one big troll fest – on both sides. And the trolling continues. Over the weekend. President Joe Biden and Vice President Kamala Harris teamed up for a Fetterman rally. And Oz’s campaign played the entire Oz-Fetterman debate on a mobile billboard outside the event. I for one can’t wait until November 8th is over.

Saturday Night Live had some fun at his expense.

That’s the number of pounds of trash the Philadelphia Streets Department had to clean up last week after Phillies fans celebrated their big win that flung them into the World Series. So now the Streets Department is preparing for even more.

From the Department of Stupid Lists

This may be my favorite stupid list that Philly has made yet: We’re the #2 American city where you are most likely to survive a dragon attack.

And from the Could-Be-Worse Sports Desk …

How was your weekend? We hope it won’t spoil the good vibes to report that Penn football’s undefeated streak is over with a loss to Brown. (To BROWN?) My astute colleague Brian Howard filled in on the Sports Desk this weekend and told you all about the Phils’ glorious Friday night 6-5, 10-inning win over the Astros, plus their 5-2 loss on Saturday night. The Sixers beat the Raptors on Friday and the Bulls on Saturday. Also on Saturday, Temple football took Navy to overtime but lost, 27-20. Then it was Sunday, and time for the Eagles vs. the Steelers! The crowd at the Linc was busy cheering for the Phils just like everybody else in town.

What a time in Philly sports#RedOctober #FlyEaglesFly

In the first quarter, five-plus minutes in, Arthur Juan Brown, a.k.a. A.J., hauled in a LONG pass from Jalen Hurts to make it 7-0. Then he racked up a second touchdown — and a third! Halfway through the second quarter, he’d already made five catches and scored three touchdowns. Career day! It was 21-10 at halftime. Did we mention Brown also got hit with a 15-yard taunting penalty merely for COUNTING? Sheesh, nobody has a sense of humor anymore.

Nah this is a crazy pic pic.twitter.com/rtaRCXalPq

Oh, wait — Jason Kelce does! He suited up for Halloween!

Hurts wound up with 285 passing yards and four touchdowns in the 35-13 win. We’re 7-0 for only the second time in team history! (The first was in 2004, when our Iggles were on their way to the Super Bowl.)

But wait! The fun wasn’t over yet!

The Philadelphia Union also played on Sunday, against New York FC, with a berth for the MLS championship at stake. Dániel Gazdag scored for the Union at 14:14, but the refs called it back for offsides. Boo! Still, the Union had the mojo!!

In the second half, NYFC seemed to come out of the gate pushing harder and scored in the 57th minute to go up 1-0. But the Union’s Julián Carranza tied it up with a beautiful shot on a set piece to make it 1-1 in the 65th minute. The home crowd went wild!! Then Gazdag scored two minutes later to make it 2-1. The crowd went even wilder!! (And no sports fans in town go as wild as Union fans.) To put a cherry on top, Cory Burke slammed in another at 76:15. Final score: 3-1 Union. On to Los Angeles for the MLS Cup final next Saturday at four o’clock! Doop!

Looking ahead, the Phils bring it home to CBP against the Astros tonight at 8:03, with Noah Syndergaard pitching.

While you wait, check out this fab Philly Orchestra rendition of .. oh, you know.

And dream about a Bryce Crispy from Federal Donuts:

Game 3 , Bryce can do more than feast on fat fastballs.

The Sixers also play tonight, at 7 p.m., against the Wizards in Washington, with Joel Embiid, who scored the winning basket on Saturday night, looking iffy:

Joel Embiid is questionable for Monday’s game against the Washington Wizards with a non-COVID-19-related illness, the 76ers said.

The All-Star center also sat out Friday’s victory against the Toronto Raptors as he rested his right knee.https://t.co/lRn8PbeS6m

It’s a good time to be a Philly sports fan.