Nobody said this was going to be easy. Perhaps a photo of a tiny armadillo in a Phillies helmet will improve your mood. 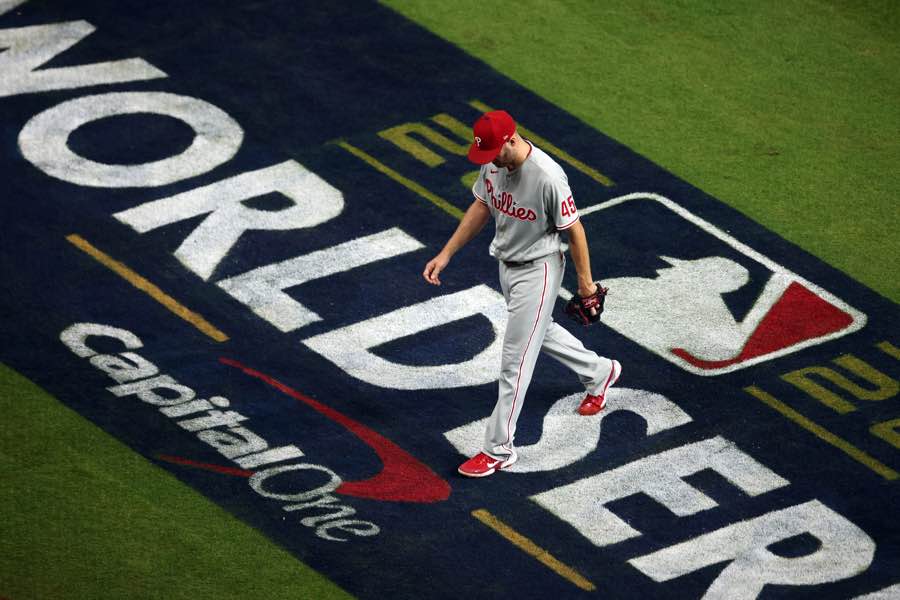 Zack Wheeler walks off the field during game two of the 2022 World Series. He did not pitch well. / Photograph by Rob Tringali/MLB Photos via Getty Images

Look, game one nothwithstanding, falling behind the Astros early is not a recipe for success.

The Astros jumped all over Zack Wheeler in the first, slugging three doubles on the game’s first four pitches, eventually plating three. The plan was to get Zack Wheeler an extra day of rest to ensure he’d be at this best. Instead, his velocity was down and he fell into a three-run hole before the first inning was over. Any residual good feelings from the epic comeback the night before were officially gone.

Wheeler, like Nola the night before, seemed to be laboring from the jump, nibbling at the corners and not hitting his spots. He seemed unconfident in his fastball — his best weapon all season — and leaned heavily on his slider. And after settling down for a bit after his disastrous first, he served up a two-run home run shot to Alex Bregman in the fifth to put the Phillies in a familiar spot: down 5-0.

All the while, Astros starter Framber Valdez baffled the Phillies with his mix of left-handed heat and darting, spinning breaking balls. He whiffed nine and gave up just one run over six-plus innings.

The Phillies threatened late against Houston’s vaunted bullpen. After getting on the board in the seventh against Valdez, the Fightins looked like they had something going in the eighth. After Bryson Stott drew a 12-pitch walk (12 pitches!), Schwarber clobbered what was initially called a two-run home run around the right field fair pole. Alas, upon review the ball had indeed hooked foul. On the very next pitch, Schwarber bombed one deep to right. It appeared that Schwarber’s post-season mythos was about to add another chapter, but he got under it ever so slightly and the drive landed in Kyle Tucker’s mitt at the wall. After a Rhys Hoskins whiff, J.T. Realmuto singled on a slow roller up the middle. (Astros shortstop Jeremy Peña fielded the ball and flipped toward second base, his only play, to find that second baseman Jose Altuve wasn’t covering). That brought up Bryce Harper with a chance to make it a one-run game. Harper hit a short fly to shallow right that nearly found open space, but Peña somehow caught it over his shoulder without colliding with the onrushing Tucker. 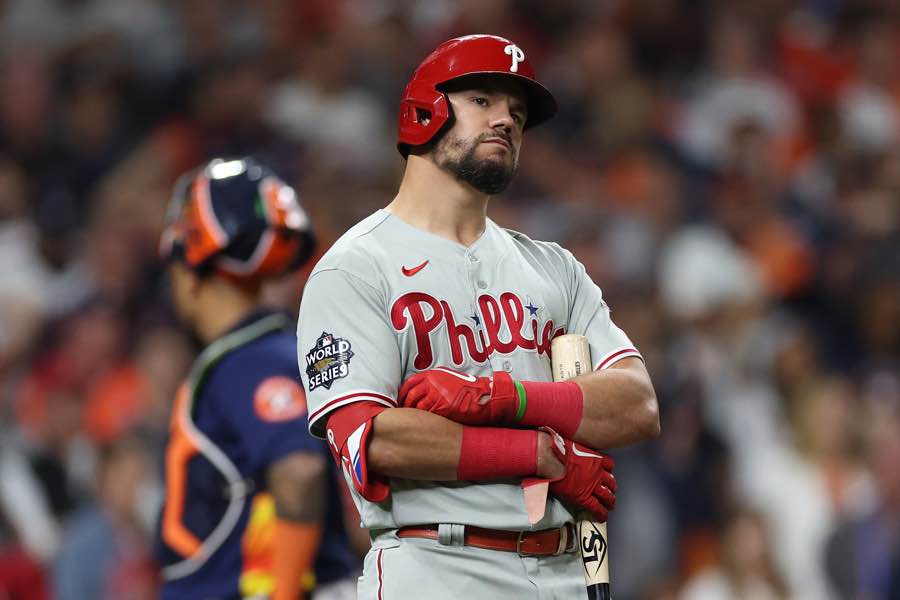 Kyle Schwarber reacts after a home run is called a foul ball in the eighth inning / Photograph by Sean M. Haffey/Getty Images

The Phils would tack on another run in the ninth on a Bohm double and a Brandon Marsh knock that first baseman Yuli Gurriel couldn’t handle, but just didn’t have the juice. Final: Astros 5, Phillies 2.

The series comes to Philadelphia on Monday night, and while dropping Game Two was a huge comedown from Friday night, if you’re not happy with the team coming to South Philly for three games with the series knotted at one game apiece, well, I don’t know what to tell you. Perhaps this photo of a tiny armadillo in a Phillies helmet will improve your mood: 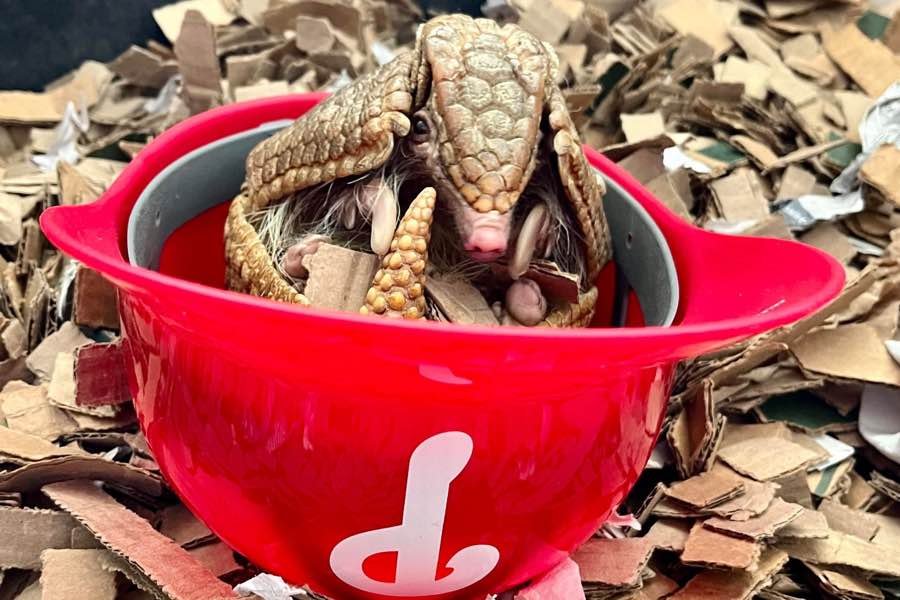 Elsewhere, the Flyers lost for just the second time this season. The Sixers won their second game in as many days.

Today, the Eagles host the Steelers at 1 and the Union host New York at 8.

Everything you need to know about the World Series is here. Relive Game One. Remember: Don’t climb the poles!