Plus, a South Philly traffic nightmare, more problems at Wawa (in the 'burbs!), and more of what the city is talking about right now. 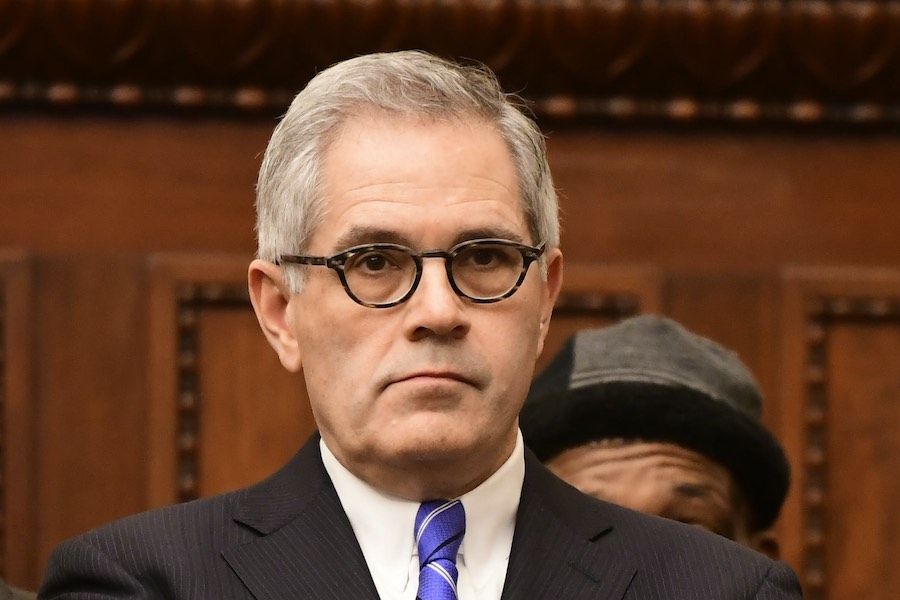 Last week, a judge in Philadelphia threw out a highly publicized murder case against former Philadelphia police officer Ryan Pownall, who was accused of murdering a Black man in 2017. To understand the judge’s decision, which accused Larry Krasner’s office of mishandling the case against Pownall, read this thorough explanation of the shocking outcome.

Now, just over a week later, Pownall has filed a federal lawsuit in Philadelphia against District Attorney Krasner, assistant district attorney Tracy Tripp, who handled the case, and the City of Philadelphia. The lawsuit accuses Krasner’s office of “illegally prosecuting” Pownall with “malicious intent,” allegedly by withholding information from the grand jury. The suit also claims that Tripp lied about said withholding when questioned about it.

From the Ryan Pownall suit, which was filed by high-profile attorney Jim Beasley:

The damage done to Pownall and our entire system of justice is irreparable; their intentional actions and omissions were maliciously designed and recklessly implemented to deprive Pownall of due process and repeatedly violate his constitutional rights; this was done solely for the improper purpose of advancing their own agenda.

The suit characterizes the actions of Larry Krasner’s office as “extreme misconduct.”

Pownall alleges that Krasner’s office is guilty of false arrest and malicious prosecution, in violation of the Fourth and Fourteenth amendments of the United States Constitution, in addition to other civil rights offenses. The suit seeks unspecified damages.

Representatives of Krasner’s office and the city, who have a policy against commenting on pending litigation, did not immediately respond to a request for comment.

It’s a doozy of a suit, so we’re providing the full complaint in Ryan Pownall vs. Larry Krasner, et. al. here for your reading pleasure:

Haven’t Registered to Vote Yet?

Monday is the deadline, people.

About that Dr. Oz Home In Pennsylvania

The real estate deal came with an unusual twist.

I guess I will have to find another place to buy cheap but semi-stylish clothes that get destroyed after a few times in the laundry.

If Ever There Were a Case for Public Transportation…

All in one night: Smashing Pumpkins and Jane’s Addiction at Wells Fargo Center. A football game at the Linc. And I’m pretty sure I heard something about a baseball game. South Philly is not the place to be with a car on Friday night. Fortunately, SEPTA is offering extra service.

Not Exactly Balmy, But…

Where Should I Watch the Phillies Games?

If only somebody assembled a list of all the best Philly bars where you can watch the Phillies games.

Where Should I Eat This Weekend?

What Should I Drink This Weekend?

Halloween Is Still More Than a Week Away, But…

If you’re in the spooky spirit, there is plenty of spooky stuff afoot.

And from the Geez, We’re So Busy These Days Sports Desk …

Man oh man, it’s such a special time in the Philly sports universe! Last night, the Sixers played their home opener, against the Milwaukee Bucks, and the division first-place Union played fifth-place FC Cincinnati in the MLS cup semifinal. And, of course, the games were opposite each other. The Sixers game started first, so we’ll give you that first. It was a great game. Our guys started out a little sluggish and were down 30-24 at the end of the first quarter. Joel Embiid was already in double figures, but the Bucks looked unstoppable, with Giannis Antetokounmpo hitting on all cylinders.

In the second quarter, Doc Rivers sent in our subs, who looked pretty good – Paul Reed, De’Anthony Melton, Shake Milton. James Harden was working his tail off, but the ball wasn’t falling for him, and the Sixers trailed 47-45 at the half.

The third quarter was, well, kind of a mess. “Neither team is shooting it well,” as the announcer put it. Especially us: The Sixers were down by 10 at the start of the fourth. And then, finally, stuff got really interesting. The Bucks went ahead by 13 — the largest lead of the night, 78-65 — at which point Harden quite simply put the team on his back. Milwaukee took a time out, Tobias Harris hit a big three, and all of a sudden, after a 9-0 run, Philly was only down by four. Then they tied it up at 80 with 6:41 left!

The score would go back and forth for the rest of the game. With less than two minutes left, Giannis missed two free throws, and the fans were delirious, since that meant they won free chicken (no more Frostees) in the new Chick-fil-A promotion. The last few minutes were dramatic, but in the end, the Bucks won by two, 90-88. It was a fun game to watch, and damn, we almost pulled it out. Better luck next time, Doc.

The team had a bye for the first round of these playoffs, while Cincinnati had to eliminate the New York Red Bulls to get to face them. The Union have been really hot all year, anchored by amazing Andre Blake. The refs were calling a ton of fouls and the floppers were flopping on both sides, so it was pretty disjointed. I wonder what it’s like to be a referee and get yelled at in so many different accents during a soccer game.

At the half, there was no score, and the teams were very evenly matched, with Philly ahead 6 to 5 on shots on goal, the time of possession nearly exactly equal, and both teams with five fouls apiece. In the second half, at 60 minutes, the Union finally went ahead on a bing-bang-bing series of touches in front of the goal, with midfielder Leon Flach finally getting the credit, for his first goal of the freakin’ season! They managed to hold on in a whistle-busy game extended by six – six! – hair-raising minutes of overage to win, 1-0. They’ll meet the winner of the New York FC and CF Montreal matchup in the conference final next.

Wondering about the Phils? They play tonight at 7:37 and tomorrow at 7:45 (requisite random start-time bitchfest protest) against (boo; hiss) the Padres. Come on, Fightin’s! In college news, the 2-4 Temple Owls play the 2-4 Tulsa Golden Hurricane (really? What makes a hurricane “golden”?) tonight at 7:30 at the Linc. There’s plenty of seating — go catch a college game; they’re fun! Oh, and the 6-0 Eagles? They have a well-earned bye week.

The Flyers will also play. — All “Philly Today: From the Sports Desk” coverage is provided by Sandy Hingston