And how viral trends manifest (or don’t) into IRL cocktail orders. 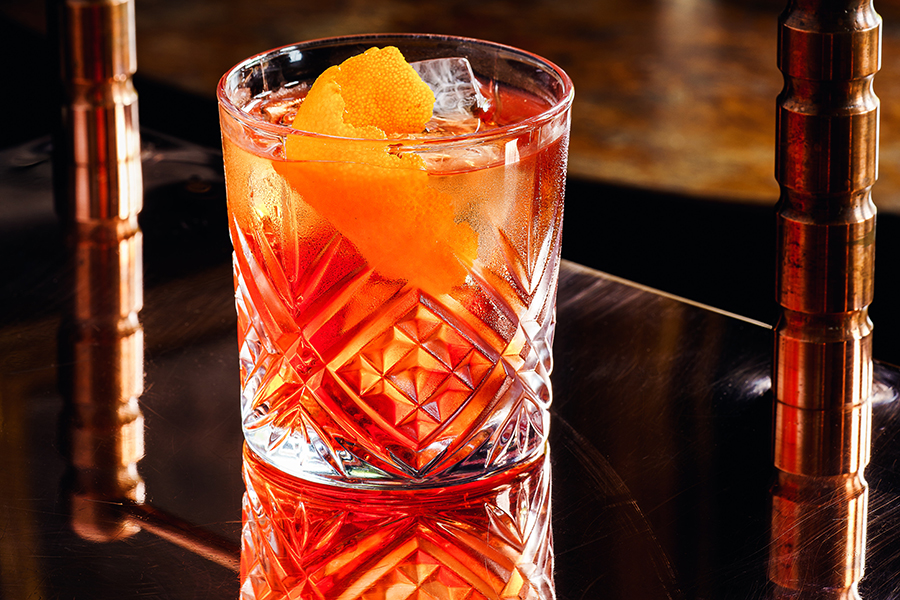 No, dear Philadelphian reader, it’s not just you. The city’s bartenders also can’t seem to avoid the “Negroni sbagliato with prosecco in it.” At least for the next 10 minutes or so.

Last Friday, jazz bar and restaurant South received two inaugural orders for the drink — a riff on a Negroni made with equal parts sweet vermouth, Campari and sparkling wine. On the same night in Cherry Hill, the staff at Farm and Fisherman opted for the Negroni sbagliato as their shift drink of choice, and, for the first time in nine years of operation, the bar sold four sbagliatos to three different tables.

The Negroni sbagliato (with prosecco in it) has been mentioned and memed ad nauseam for the past week or so, thanks to a viral TikTok of the actor Emma D’Arcy seductively name-dropping the cocktail during a House of Dragons promotional interview. Food and beverage media outlets followed suit, as they do, and now the Extremely Online among us have been forced to determine whether or not we should be spending our money on a cup of (frankly tasty but straightforward) orange-peel-inflected bitter bubbles, and if and when we’ll forget this Emma D’Arcy-fueled moment ever happened.

But beyond the Philly drinkers who are ordering the Negroni sbagliato, if only to participate in an online fad, which cocktails are Philadelphians opting for these days?

At South, the answer is also tangled up in an unexpected online craze — one that’s translated into IRL visits to the restaurant over the past year or so. Senior bartender Sheldon Lovelace, who has seen his fair share of booze fads while working in Old City during its going-out heyday in the aughts, says the most popular order at the Bynum brothers’ jazz spot is a raspberry lemon drop that’s made with Kettle One vodka, simple syrup, lemon juice and raspberry-flavored Schnapps. After starting as a seasonal special two years ago, the drink was requested so frequently that the team added it to their signature cocktail menu. Lovelace says, “That’s not in any small part due to the TikTok crowd that’s shown up, but even with older patrons, they like that as well.” It was around the same time the raspberry lemon drop joined the menu that Lovelace says he started to notice younger customers arriving, claiming they’d found the place on TikTok. “It’s not the majority, but a good chunk of our business is new or first-time or first-or-second-time customers, and a lot of them have heard of us via TikTok.” Despite the business having no TikTok page of their own, #southjazzkitchenphilly has roughly 954,500 views associated with the tag. That’s a whole lot of raspberry lemon drops. And if you stop by for dinner, drinks, or a show, you’ll spot the pink drink on what feels like every other table. 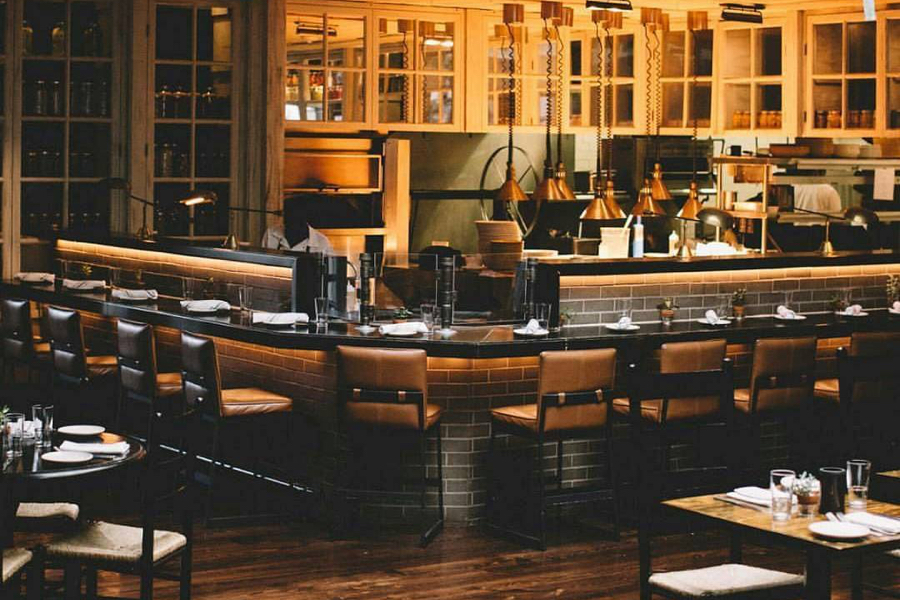 Requests for vodka-based martini variations continue to dominate elsewhere around the city, too, though other bars aren’t necessarily seeing quite as much enthusiasm for lemon drops. Mary Wood, a bartender who splits her time between the Ranstead Room in Rittenhouse and Middle Child Clubhouse in Fishtown, says that she makes espresso martinis every single night she works at Ranstead Room. One vodka-themed difference between the two bars? In Rittenhouse, drinkers are opting for premium vodka over Tito’s. Meanwhile, at MCH, the restaurant’s general manager Brandon Thrash says that the most popular (off-menu) drink request remains a Tito’s dirty martini. At least for a brief moment in time, Middle Child’s dirty martini calls consistently involved pickle juice: “For like two weeks at Middle Child, we couldn’t keep enough pickle juice in stock. Then suddenly … nothing,” Thrash says. “Now I’m having to source olive brine from DiBruno Bros because we can’t keep up with the amount of brine we’re going through for dirty martinis.”

Whether it be via dirty martinis or something sweet and acidic like a cosmo, bartenders say that Tito’s has been Philly’s vodka of choice in recent years. (Dirty martinis, cosmos and espresso martinis popped up in almost every conversation I had for this story, as did a shift toward N/A drinks.) Middle Child’s Thrash reasons that Tito’s popularity has everything to do with familiarity and affordability. “It’s easy for people,” he says. Lovelace, the bartender from South, says that “if someone is asking for vodka and you ask for their preference, a good six or seven times out of 10, it’ll be Tito’s.”

Tequila is as in-demand as vodka, it seems. In Cherry Hill, Farm and Fisherman bar manager Danny Childs says, “You’re seeing people order what they’ve always ordered but swapping out the spirits.” That means an influx of requests for dirty tequila martinis, tequila cosmos, tequila lemon drops, and tequila with a splash of cranberry juice. In the ‘burbs, bartender Mike Haggerty says he just added a tweaked version of a dirty tequila martini with pickled jalapeño brine to the menu at The Refectory. “It’s a terrible trend,” Haggerty tells me via Instagram DM, “But also, give the people what they want.”

Back in the city, Blue Benet has watched Philly agave-based spirits surpass whiskey in popularity over the past few years. Benet works as a bartender at the longtime West Philly spot Fiume, and they also recently helped open The Franklin in Rittenhouse. In an email to me, they write: “I see almost as many requests for standards with tequila subs as bartender’s choices with tequila and menu calls.” Though Benet adds that the pandemic has inspired a shift in customers deferring to a bar’s cocktail menu rather than freestyling a drink order. Benet, who is trans, says they feel safer working directly behind the bar (“in the well,” rather than roaming the space taking orders). Think of this spot as a courtside seat of sorts, a close examination into how Philly is drinking these days: “[Customers are] really interested in the steps, paying attention to bottle-grabs and asking questions.” Benet says they “feel more respected as a craftsperson behind the stick than I did pre-pandemic.”

A similar deference to on-menu drinks — and on-menu tequila drinks — is unfolding at Far East Descendant in Chinatown, where Michael Wink works as the general manager. He estimates that 90 percent of the guests at Far East Descendent order their drinks from the menu rather than making their own requests. Wink says the bar’s “Facing Heaven” margarita (a slightly spicy drink infused with Cantonese peppers) has been the top-selling drink since the restaurant opened in late 2021. “I thought the margarita would lose some steam in the winter, but that isn’t the case,” Wink admits. “Chinatown used to be all brown liquor. Walk into any bar in Chinatown pre-COVID and there was a bottle of Johnny Walker or Jameson every three feet being poured. Now everything is blanco tequila.” 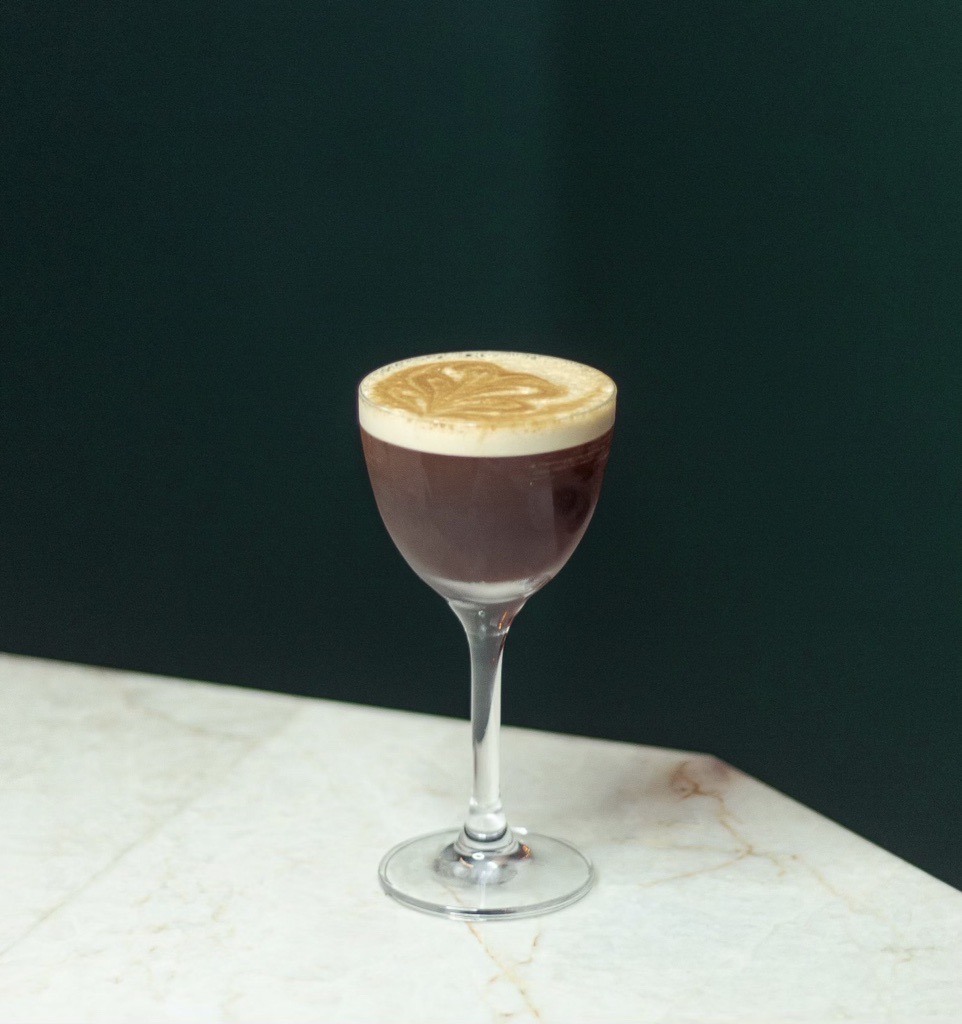 Whether a customer’s drink request comes from his menu or not, Mike Nimmo at Messina Social Club in South Philly is happy to give Philadelphia the tequila they want, too. Though, in Messina Social Club’s case, these orders don’t regularly include calls for tequila dirty martinis or spicy margaritas. Nimmo does tell me (with shockingly little judgment, by the way) about some requests he’s heard for espresso martinis made with tequila. “That’s one where I’m like ‘I’m willing to do anything, but I will let you know that the build will have to be drastically changed and I don’t think it’ll work.’” Nimmo says he obliged and made the drink once: “It was gross. And they suffered through it, but I don’t think it’s what they wanted.”

When Nimmo took over the bar program at Messina Social Club at the beginning of 2022, he altered the menu’s espresso martini to be completely amaro-based. (The drink is traditionally made with vodka, plus coffee — whether that’s coffee liqueur, cold brew or espresso — and sugar. Though it’s not uncommon to include amaro or swap out vodka for either rum or whiskey.) Customers at Messina’s bar, which draws a significant industry crowd largely due to the social club’s 3 a.m. closing time, started ordering Nimmo’s amaro espresso martini immediately. “I think it’s because of the fact that it’s not very straightforward, it leads to industry engagement as well,” Nimmo says. “Everyone likes an espresso martini. It’s like a cannoli. People who don’t even like dessert are like, ‘Oh shit, ya got a cannoli?’ And then it turns them right around.”

If there’s one internet-circulated (but ultimately not-so-popular IRL) drink Nimmo will refuse to make for you, it’s the Dirty Shirley. Nimmo has only witnessed two people try to order them at Messina, and he’s denied both requests. Not because he hates the drink as a concept, necessarily. But because they’re simply not feasible at Messina: “I don’t have a big thing of maraschino cherries. We have good Luxardo cherries and if I want to make a Dirty Shirley with that, now I’m pouring out the liquid from that jar that I need in order to keep those cherries fresh and juicy and all that jazz. So am I going to waste this $20 jar of cherries in order to make this one drink? Like for me, fiscally that doesn’t make any sense.”

When it comes to a Negroni sbagliato, on the other hand, Nimmo says he’s into the trend: “It’s really good. Even if someone is ordering it ironically, I’m like ‘Haha jokes on you buddy, you ordered a good one. Surprise.’” Thankfully for the meme-curious and ironic-drink-orderers, Philadelphia could be (and has been) burdened with a less delicious trendy drink. Whether or not you’ll be the only one in the bar ordering a Negroni sbagliato with prosecco in a few months’ time, you’ll have to follow up with your local bartender about that one.