From fancy cocktail programs to Citywide Specials, in good times and in bad, Philly’s long been known for knocking them back. Here’s how not drinking became a movement in the most unlikely of places. 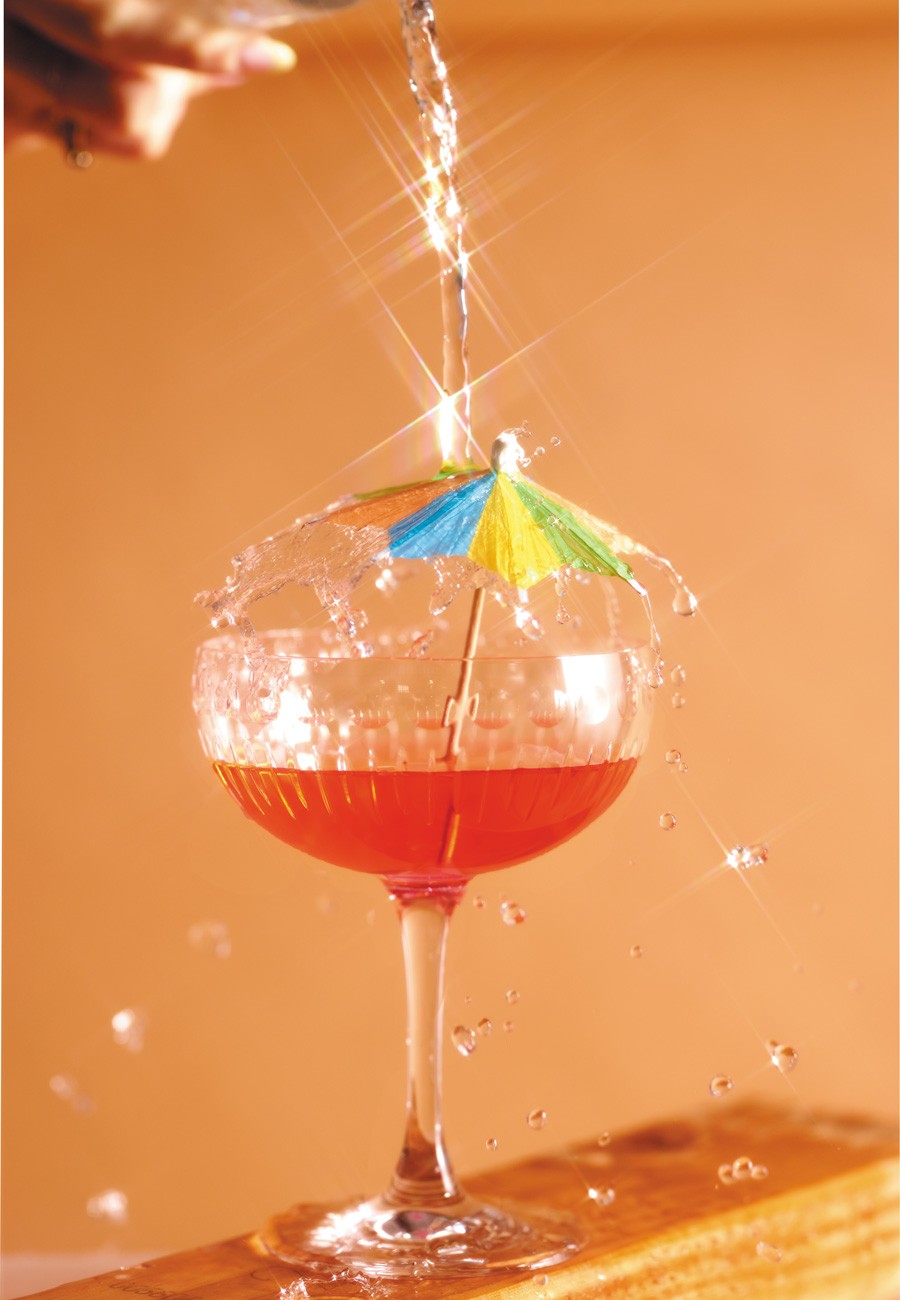 The pretty basic act of just not pouring yourself a glass of wine requires a lot of introspection and goes up against some big cultural and social forces. Could Philadelphians really think about boozing differently? Could I? By Laura Brzyski 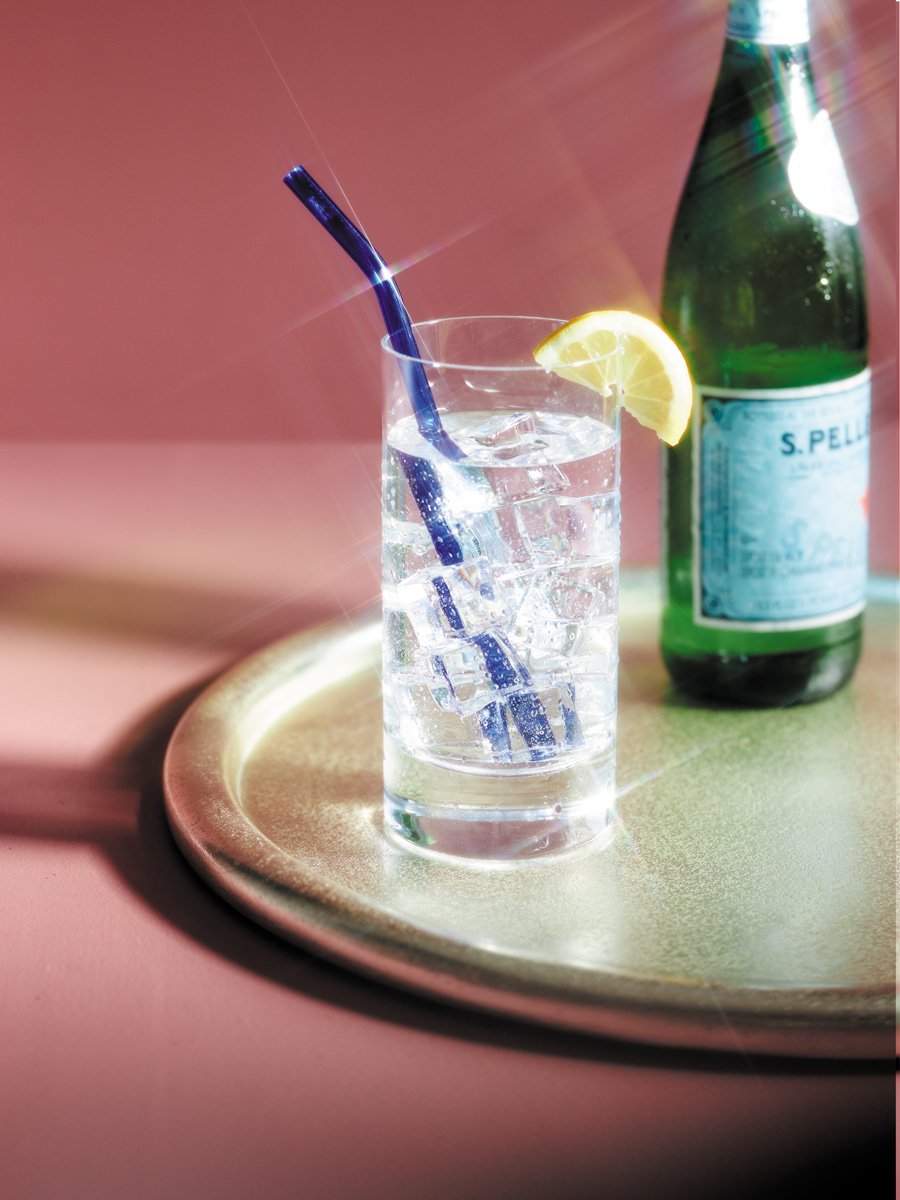 There wasn’t one catastrophic event that led me to reevaluate my relationship with alcohol. Rather, smaller, not-so-great moments began stringing themselves together like pearls on a necklace I didn’t want to wear anymore. Habitually canceling the Sunday-morning spin class that I swore to myself — in my non-hungover state — I wasn’t going to miss. Deleting emotionally charged social media posts the morning after overindulging — or, worse, apologizing for the passive-aggressive DMs sent to frenemies. Sleeping so, so poorly. Mindlessly grabbing a bottle of wine or can of spiked seltzer on any given night because work was over/I was so productive/I had a hard day/¯\_(ツ)_/¯

I used to be the person who only drank on Friday and Saturday nights, and I kept my beverage count low enough that I rarely had hangovers. But since the pandemic hit, I found myself more willing to pour a glass or two or three on multiple weekdays. Being less restrictive with my drinking was initially helpful. As a perfectionist who has struggled with orthorexia — an obsession with healthy or “clean” eating — I found that taking the edge off allowed me to not be so hard on myself when I indulged. However, I also found myself unable to decline the dry bubbles of brüt, the delight of a cosmo’s sweet-and-sour, or the tang of a grapefruit High Noon, no matter if the setting was social, solo, anxiety-ridden, awkward or just uneventful. Keep reading here.

With complex flavors and pretty garnishes, non-alcoholic options at Philly bars and restaurants have finally grown up. Here, five N/As to try next time you’re out and about. By Regan Fletcher Stephens 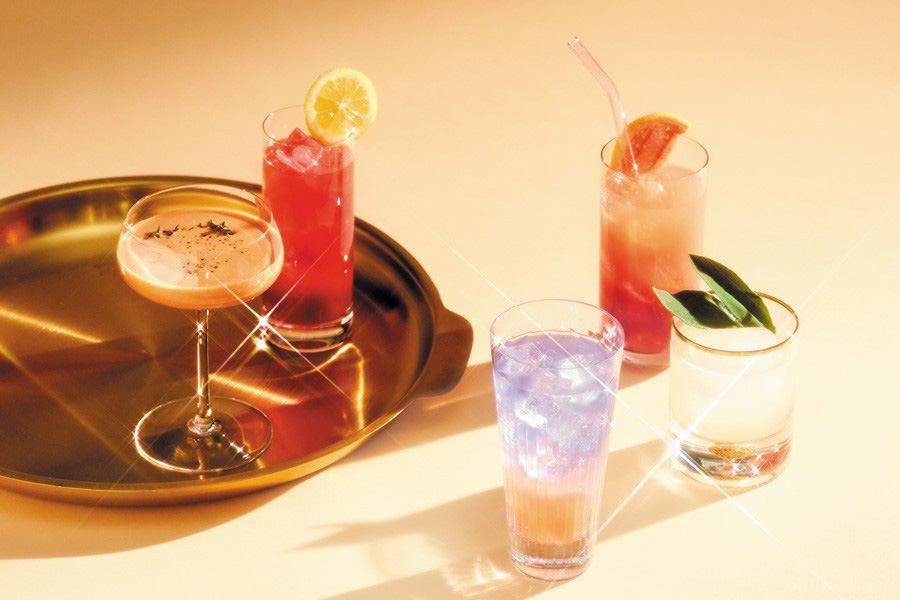 Beverage director Pat Bruning’s first attempt at this drink was a bust. (He used radishes.) The winning cocktail, named for a carrot-loving Lord of the Rings character, is a blend of charred carrots, grapefruit juice, honey syrup and black pepper. A spoon of labneh lends a creamy texture.

Cocktail-world authority Resa Mueller was hired to create drink menus for the sleek new Center City hotel, including for its seventh-floor bar. Find the sunset-hued ­Floradora—made with raspberry puree and a kick of ginger—in the Wit or Witout section, where each drink can be ordered as is or with a shot of booze.

R.B.’s Temperance Cocktails menu proffers a thoughtful collection of no-ABV drinks that includes the floral Bloom-scape, with hibiscus and rose; the East Side, a kind of vodka-free Moscow Mule; and the Lavender Bow Tie, with grapefruit, club soda, and vibrant purple butterfly pea flowers.

Grenadine, guava and grapefruit come together over ice for a transportive tropical mixer. While the 3-G is usually only served in warmer months, beverage manager James Smith says his bar team loves dreaming up booze-free drinks made from an arsenal of scratch-made ingredients that includes birch extract, black pepper tincture, and seasonal fruit syrups.

Four things Philly needs to help normalize — and celebrate — all forms of sobriety. 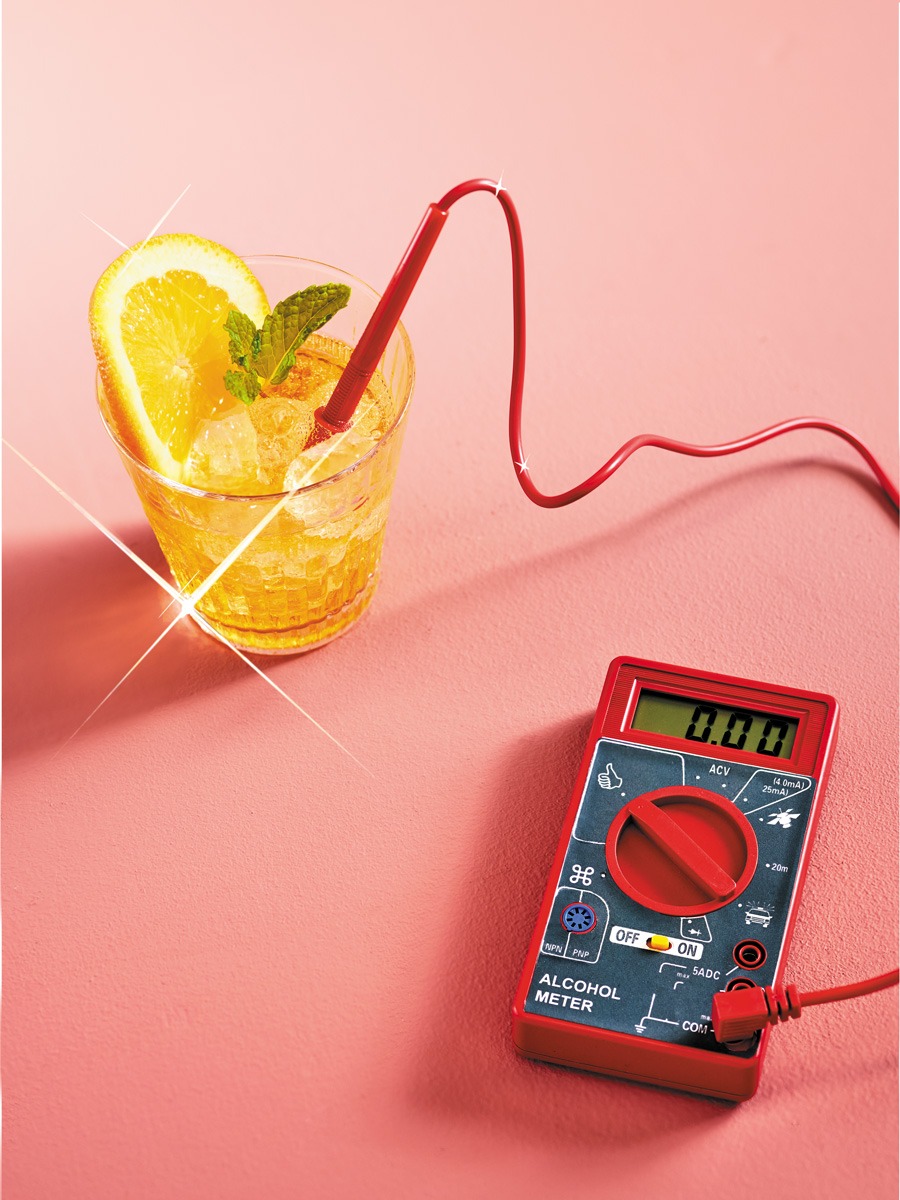 Gem Life + Bar, the boozeless bottle boutique nearest to Philly, is awesome. But it’s in New Jersey. Other cities that are as food-and-drink-obsessed as ours have seen a steady opening of alcohol-free bottle shops in the past two years. Philly needs more places like the trailblazing Spirited Away in NYC, hip Soft Spirits in L.A., pretty Sèchey in Charleston, and Pittsburgh’s The Open Road — which even offers delivery.

Imagine the best parts of your favorite bar — great lighting, live music, unwinding without screens, catching up with friends (perhaps making some new ones, wink wink) — but minus the booze. Sans Bar, in Austin, kicked off the temperance-bar trend way back in 2017. Since then, iterations have followed: the Virgin Mary in Dublin, where “people can socialize on a more conscious level”; the Ocean Beach Cafe in San Francisco, which offers vegan eats; and Denver’s Awake, which has acoustic nights and parties for singles. In Philly, there’s only one: the Volstead, which opened in Manayunk last month.

While Philly’s restaurants are giving more thought to mocktails — there’s room for improvement. Some of the world’s most notable eateries — Noma in Denmark, Eleven Madison Park in NYC—have added non-alcoholic drink pairings to their menus. (EMP’s booze-free pairing is $95!) It’s just another way to create a memorable dining experience for those who don’t want to drink.

Websites, Instagram accounts, newsletters — digital media that cover the scene help turn a trend into a movement. Locally, Edible Philly editor Joy Manning (Philly Mag’s former food critic), who launched the IG channel @betterwithoutbooze five years ago, seems to be a lone voice despite the popularity of her content.

My Booze Break Up Story 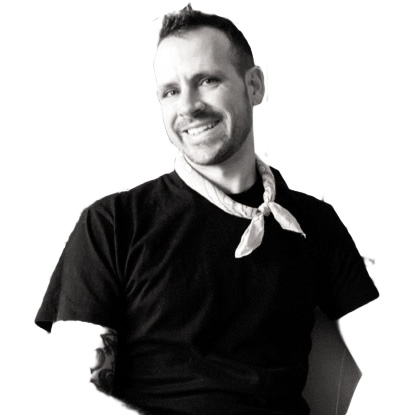 Biggest takeaway: I’ve yet to be in a situation that, in retrospect, would have been made better if I had a drink or two. That feeling is liberating.

Biggest challenges: “Coming out” to people with whom I was used to drinking.

Biggest benefits: I have more energy. My body aches less. I stay more focused. I trust that I’ll respond clearly in emergencies. The realization that I’m already weird all on my own, and I don’t need alcohol to feel that. 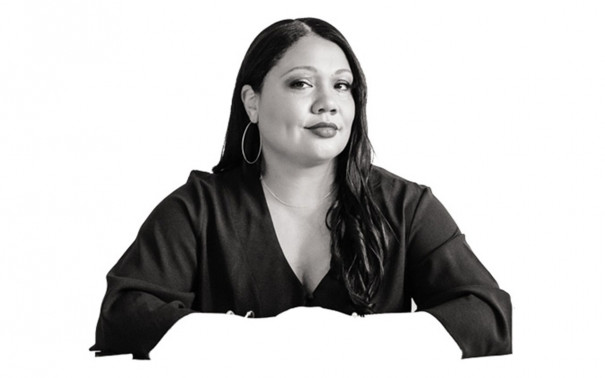 When I decided to go semi-sober: October 2021. I wanted to feel in control again. Over the years, I developed a routine that had me altering dining plans, having a glass of wine before bed, or day-drinking mimosas with customers in the store.

Biggest takeaway: Wine consumption is such an accepted part of a mom’s routine — it’s glamorized and celebrated. But honestly, it sucks the life out of me.

Biggest challenge: Going without that glass during dinner. That’s a danger zone that I struggle to manage. 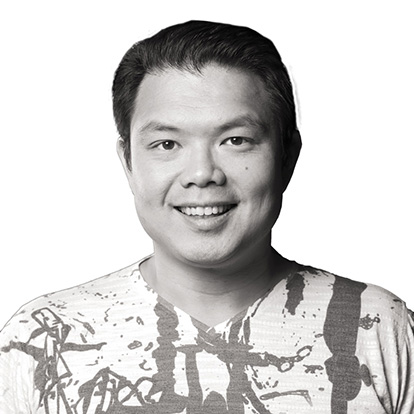 When I reevaluated: Intentionally, in 2017. Unintentionally, before that. I started a project in which I travel around the world to lift up 10,000 different people in acrobatic poses. I would rather be sober in those scenarios.

Biggest challenges: Being able to set your boundaries and say “No, thank you” when people offer you a drink. Being able to dance without drinking a lot — but you figure things out. 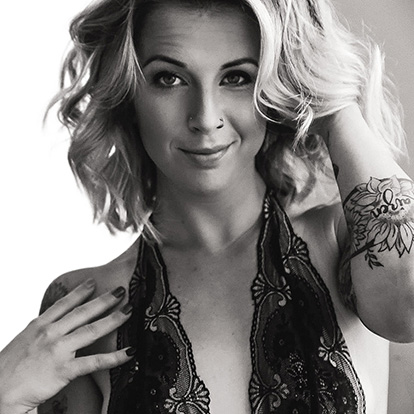 When I ended it: December 26, 2021. I was in a bad space emotionally after an argument with a guy I was dating. To cope, I went to a bar. I got so drunk that I fell and fractured my ankle. It forced me to slow the hell down and do some self-reflection. I’m grateful.

Biggest takeaways:  I don’t need to be an “alcoholic” to acknowledge that I have a problem with alcohol.

Published as “My So-Called (Semi Sober) Life” in the April 2022 issue of Philadelphia magazine.